Grace's Guide is the leading source of historical information on industry and manufacturing in Britain. This web publication contains 142,981 pages of information and 229,144 images on early companies, their products and the people who designed and built them. 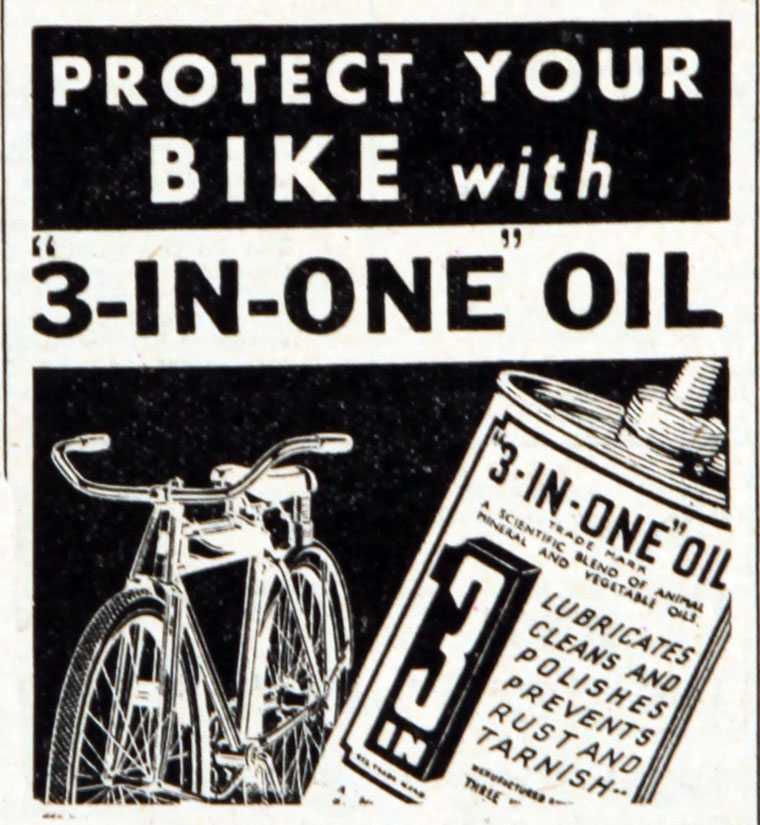 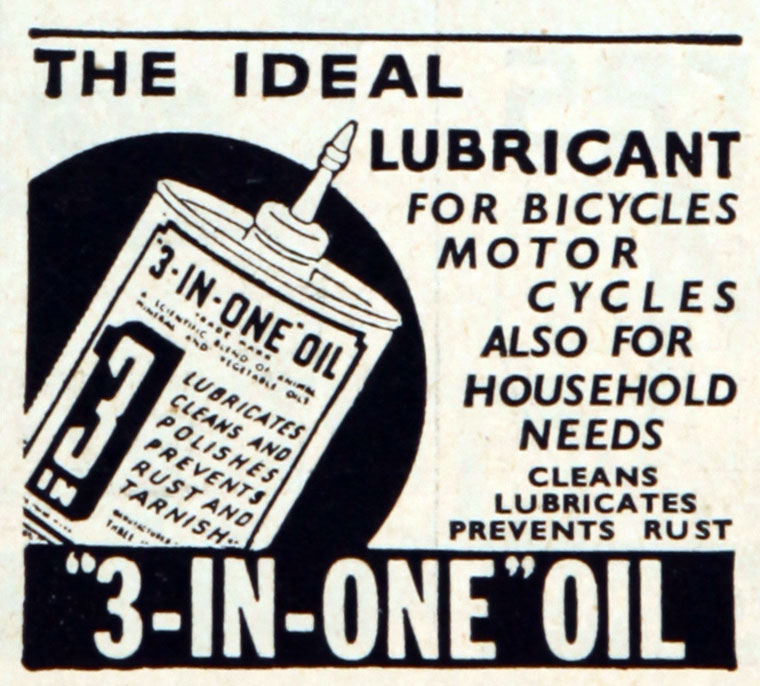 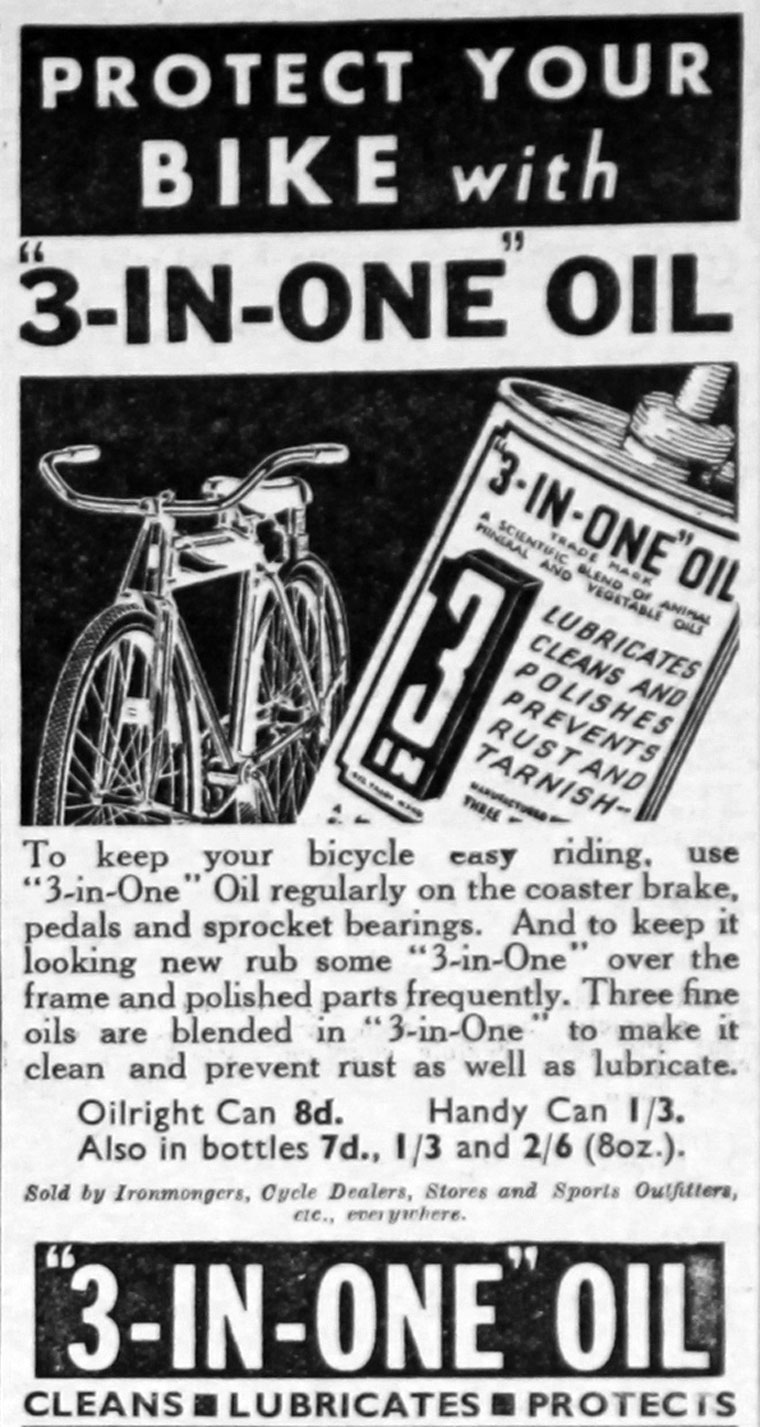 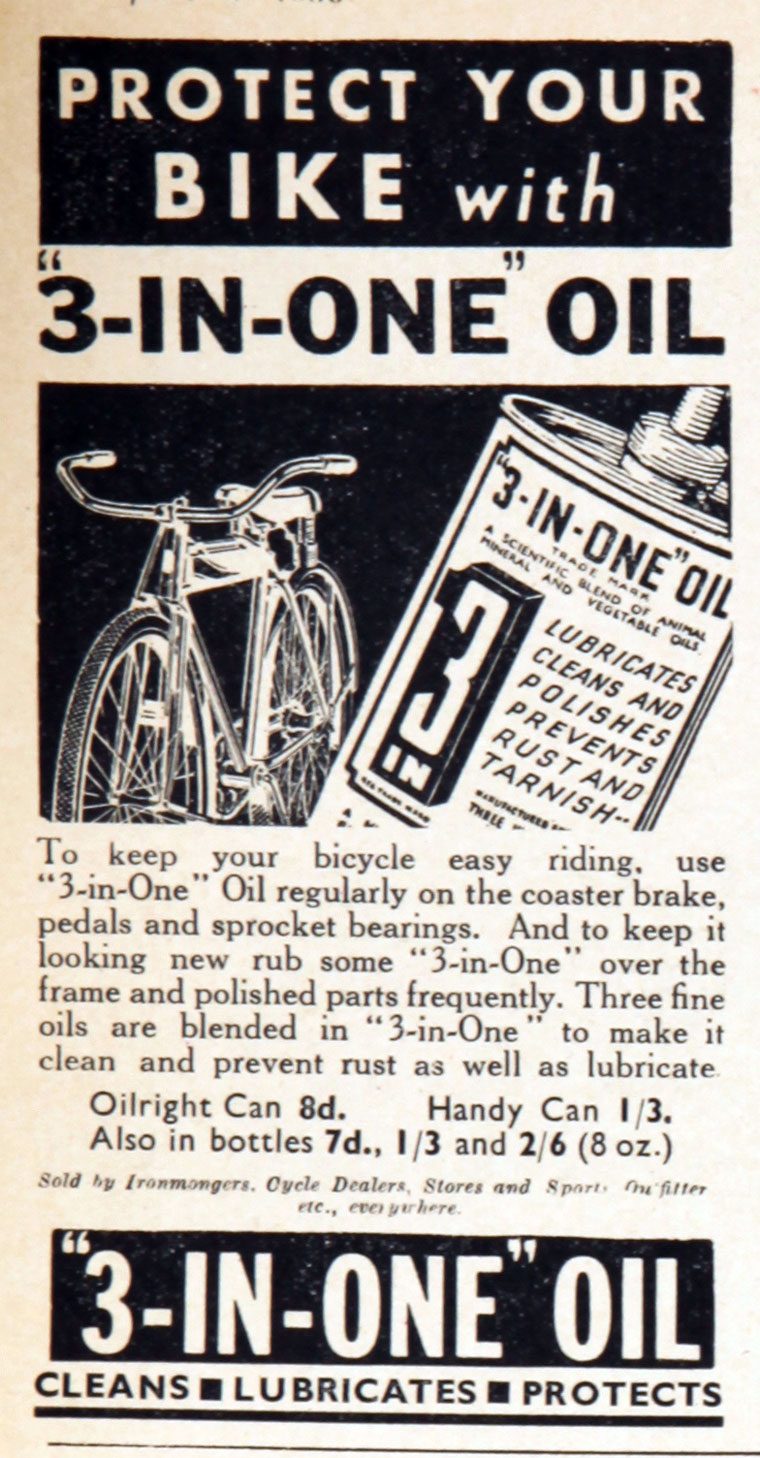 1894 George W. Cole, of New Jersey, produced a mixture to accomplish three things in connection with the care and maintenance of a bicycle - namely lubricate, prevent rust and clean. The formula became the famous 3-IN-ONE oil .

1933 The company was acquired by Drug Incorporated

1936 A.S. Boyle Company, a subsidiary of American Home Products Corporation, acquired the brand from Sterling Products Inc. It was then merchandised in small tin cans.

2020 continued to be distributed by the WD-40 company