A. Barnett and Co 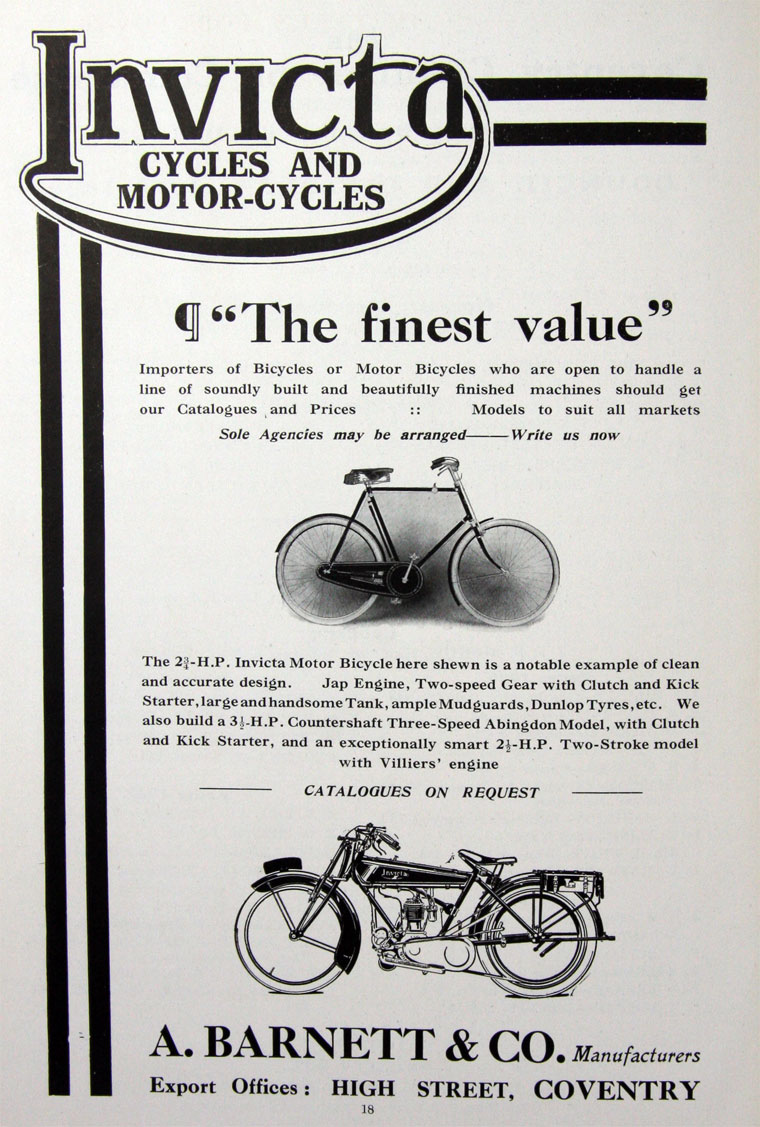 1902-1906 The Invicta name was first used on a short-lived venture that involved the assembly of a primitive machine from basic cycle parts fitted with Minerva and Kelecom engines from Belgium.

1913 The Invicta name returned to the market with a small range of lightweights designed by Arthur Barnett.

Barnett constructed the Invicta at his works at West Orchard, Coventry. The machines were fitted with 269cc Villiers two-stroke engines with petroil lubrication and a chain-driven magneto. Two models were offered; both had Druid forks. One was belt driven, the other had a two-speed Jardine gear and chain-cum-belt drive.