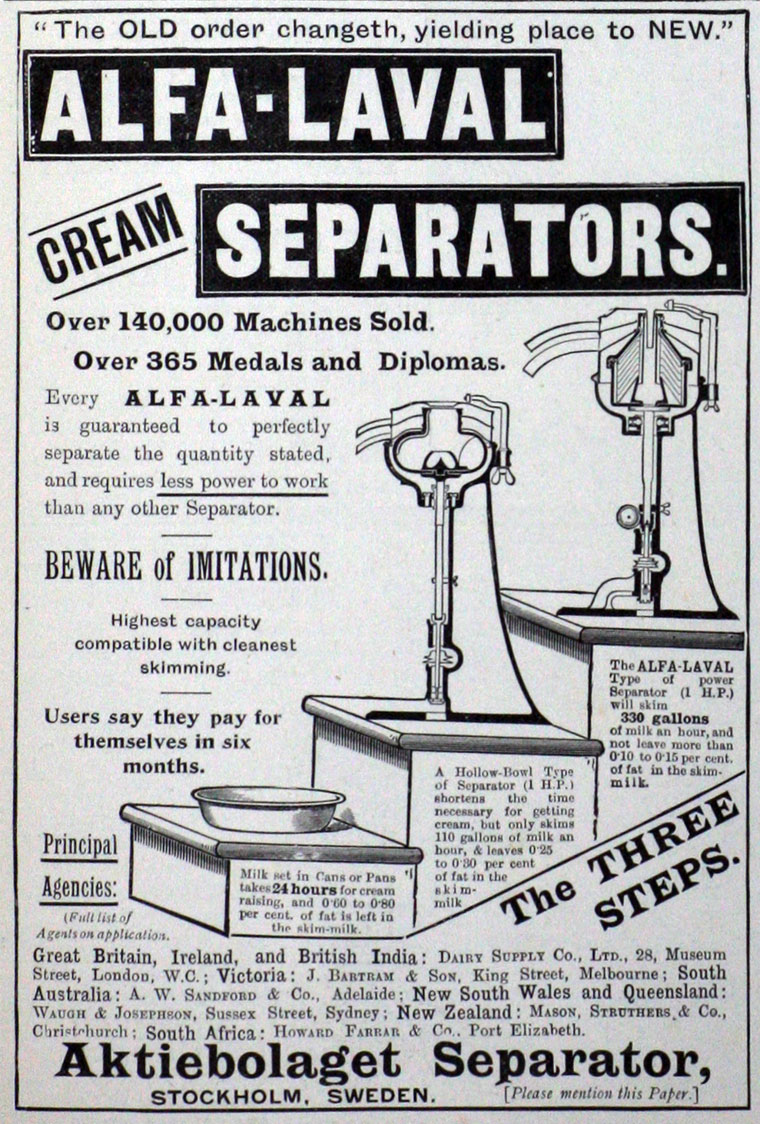 1889 Acquired the patent for conical metal discs by Clemens von Bechtolsheim. By using these so-called Alfa-discs, the separator's capacity was increased many times over.

1928 Shares in the Swedish company were admitted to the London Stock Exchange.

1963 The parent company changed its name from AB Separator to Alfa-Laval AB - Alfa from the alpha discs and Laval from the founder of the company.

2002 Alfa Laval was quoted again on the Stockholm Stock Exchange.