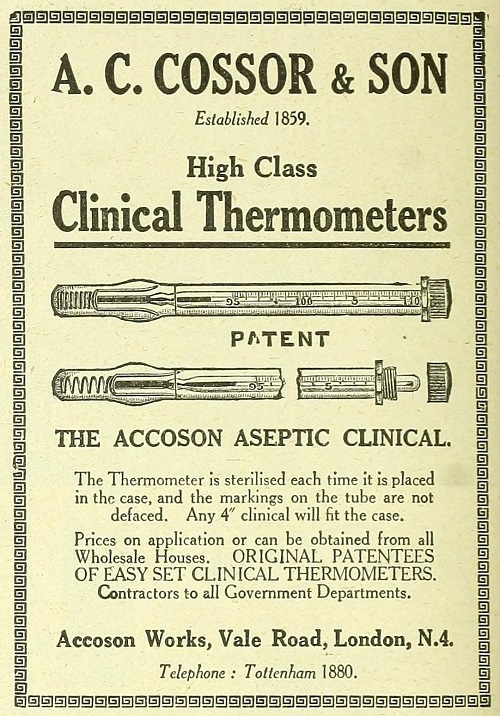 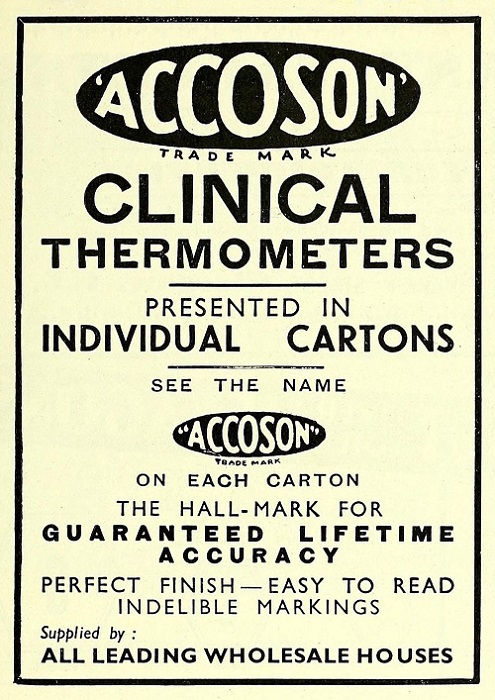 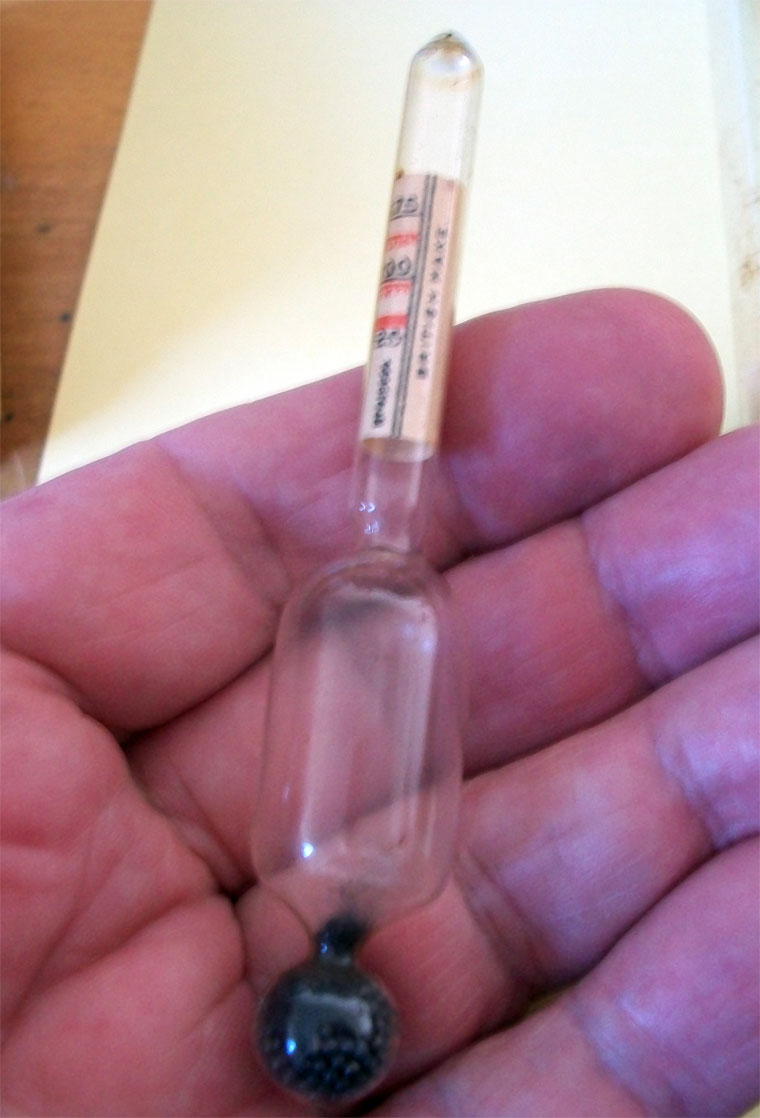 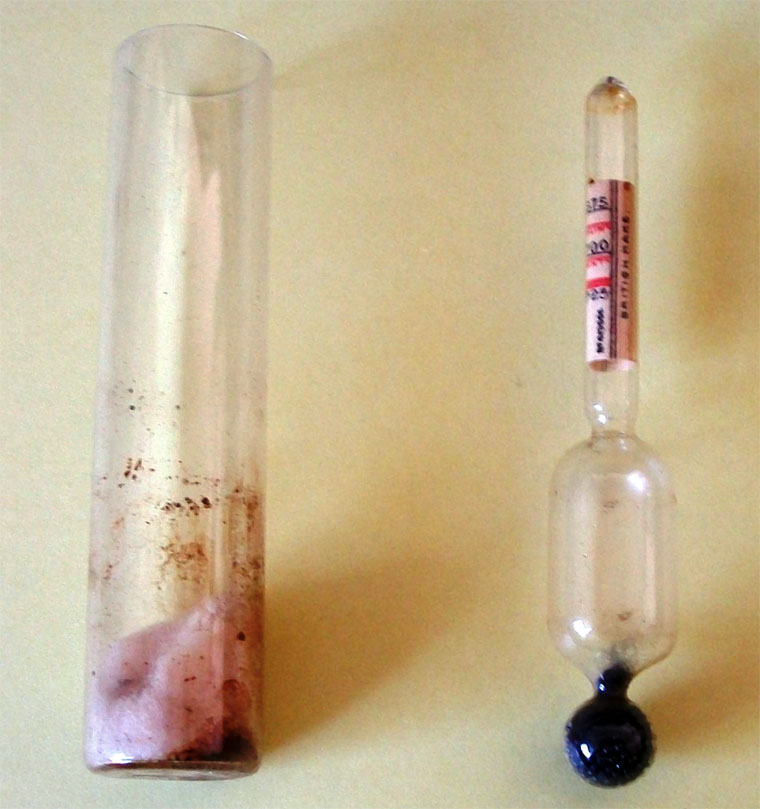 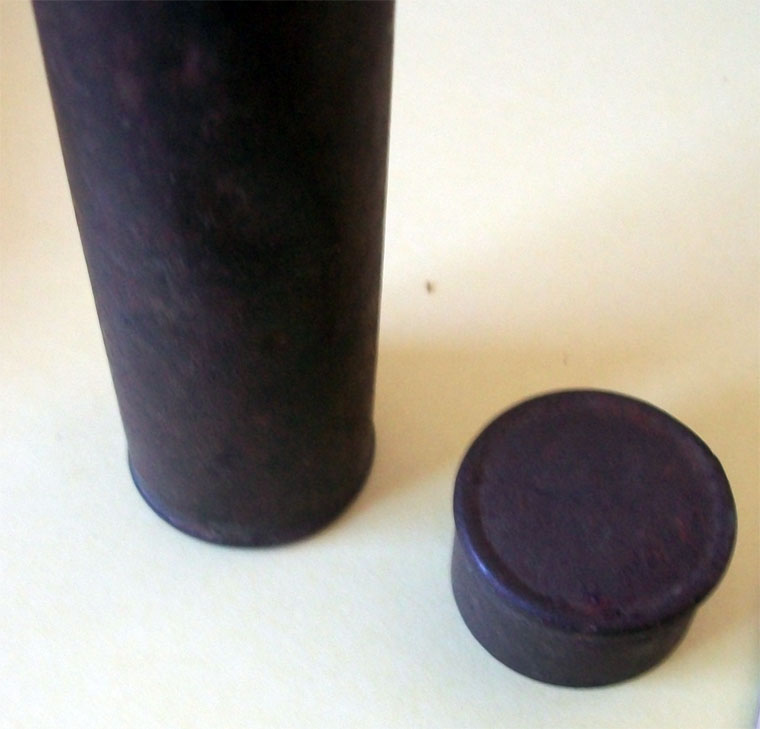 A. C. Cossor and Son (Surgical) trading as Accoson of Harlow

1859 The Company was established by Alfred Charles Cossor to manufacture scientific glassware in Clerkenwell following a period of apprenticeship as a glass blower. He gained a reputation for his skills and for the quality of the glassware he produced.

1904 Experimental valves were produced by Cossor for Ambrose Fleming.

1904 the first sphygmomanometer was manufactured by the company, using their glass blowing skills to produce the glass manometer.

1909 Dissolution of the partnership between Alfred Charles Cossor, the elder, and Frank Cossor, carrying on business as Meteorological Instrument Makers, at 12, Clerkenwell Green, London, E.C., under the style or firm of " A. C. COSSOR AND SON". All debts due to and owing by the said late firm were to be received and paid by the said Frank Cossor.[1]

1917 the company moved to its present location in Vale Road, London N4, under the guidance of Frank Cossor

1921 Frank Cossor was joined by his son Frank Gordon Cossor, and the company expanded its products to include all types of thermometers, hydrometers and syringes.

1929 A fire seriously damaged the factory[3]

Sphygmomanometers became the main product of the company, with Adrian Cossor joining the company in 1966, the fourth generation to do so.

2018 Accoson was acquired by the HCE Medical Group and relocated to a new premises in Irvine, Scotland.

This has allowed Accoson to work closely with GM Instruments.