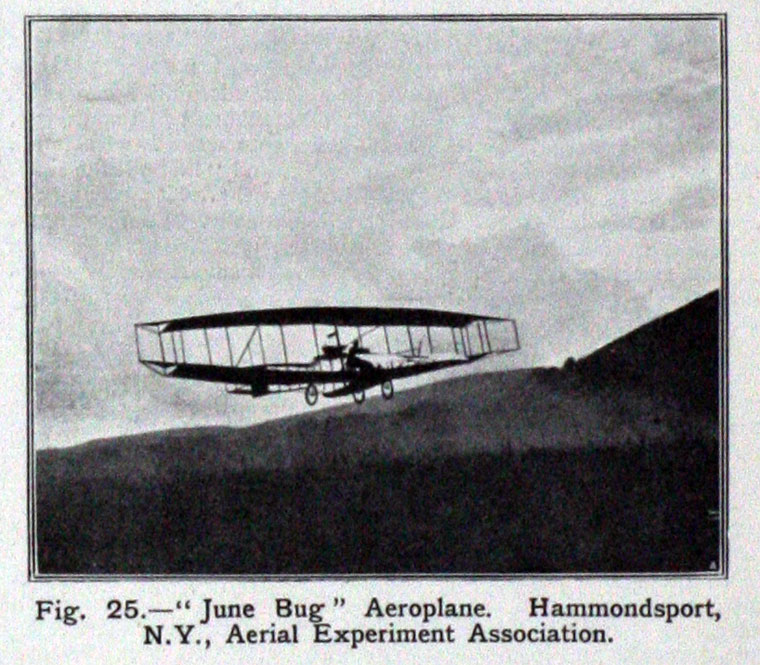 The Aerial Experiment Association (AEA) was a Canadian aeronautical research group (with the exception of Dr. Bell; he was born in Scotland) formed on 30 September 1907, under the tutelage of Dr. Alexander Graham Bell. According to Bell, it was a "co-operative scientific association, not for gain but for the love of the art and doing what we can to help one another."

The AEA came into being when John Alexander Douglas McCurdy and his friend Frederick W. Baldwin, two recent engineering graduates of the University of Toronto, decided to spend the summer in Baddeck, Nova Scotia. McCurdy had grown up there, and his father was the personal secretary of Dr. Bell. He had grown up close to the Bell family and was well received in their home. One day, as the three sat with Dr. Bell discussing the problems of aviation, Bell's wife, Mabel, suggested they form a company to exploit their collective ideas. Being independently wealthy, she offered $35,000 to finance the idea.

Glenn H. Curtiss, the American motorcycle designer and manufacturer and recognized expert on gasoline engines, was recruited as a member of the association. Curtiss had visited the Wright Cycle Company to discuss aeronautical engineering with Wilbur and Orville Wright but the Wrights did not want to cooperate with him in the development of aircraft. The group attracted sufficient attention to inspire the United States government to request that an official observer be allowed to join. Their nominee was US Army Lieutenant Thomas Selfridge who was later to be the first person killed in an aeroplane accident.

This collaboration led to very public success. Casey Baldwin became the first Canadian and first British subject pilot on 12 March 1908 flight of Red Wing. Its successor, White Wing was the first plane to have Bell's ailerons. One of their planes, the June Bug, won the Scientific American Trophy by making the first official one kilometer flight in North America, although, the Wrights had already accomplished this in 1904. Their fourth flying machine, the Silver Dart, constructed in 1908, made the first controlled powered flight in Canada on 23 February 1909 when it was flown off the ice of Bras d'Or Lake near Baddeck by McCurdy, who had been one of its designers.

On 10 March 1909, McCurdy set a record when he flew the aeroplane on a circular course over a distance of more than 32 km (20 miles), a feat that the Wrights had already accomplished in 1905. The Association made the first passenger flight in Canada on 2 August, also in the Silver Dart. Much development also took place in Hammondsport, New York where experimentation was done on development on Curtiss' pioneering seaplane experiments, before Henri Fabre in France successfully flew the first powered seaplane in history, the Fabre Hydravion, in March of 1910.

The AEA organisation disbanded on 31 March 1909.