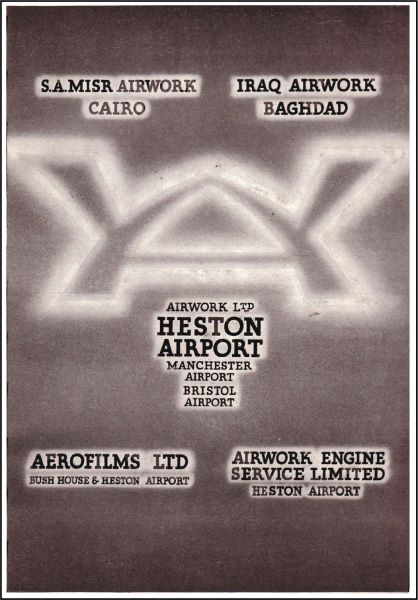 1919 Aerofilms was founded by Francis Lewis Wills (1893-1980) on demobilisation from the RNAS; inspired by his war experience as an aerial photographer, he set up Aerofilms Ltd with Claude Grahame-White and Herbert William Matthews – the first commercial company for taking aerial photographs in the world.[1]

By 1933 was a subsidiary of Airwork Ltd (see advert)

By 1939 was a subsidiary of Aircraft Operating Co

Post WWII: the company restarted as an air survey organisation under the Hunting Group, F L Wills having encouraged the previous staff to rejoin.