Grace's Guide is the leading source of historical information on industry and manufacturing in Britain. This web publication contains 138,149 pages of information and 223,038 images on early companies, their products and the people who designed and built them. 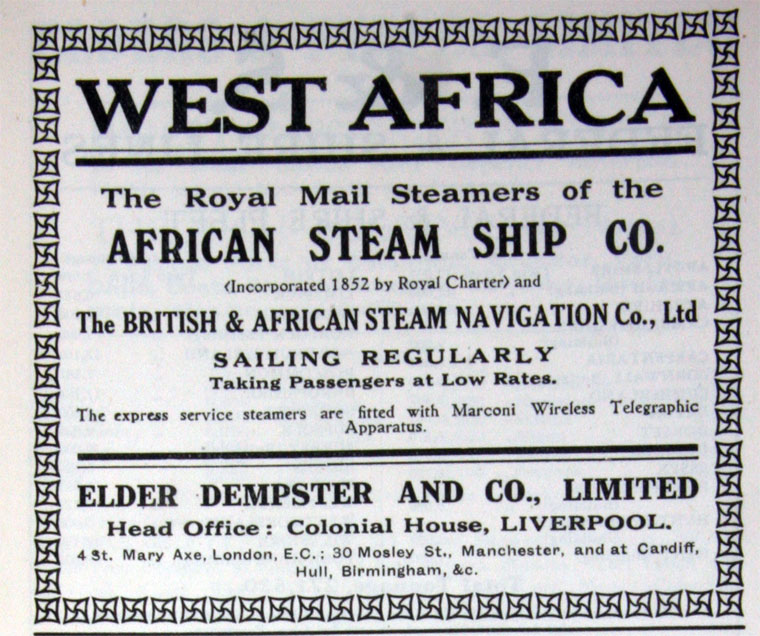 of London, then Liverpool

Macgregor Laird founded the African Steamship Co after obtaining a mail contract from the British Government.

1852 The company was incorporated by Royal Charter. [1]

The fleet consisted of five vessels with sail and steam propulsion, ranging from 250 tons to 1,000 tons deadweight. All had some accommodation for first-class passengers, and their names were indicative of Laird's belief in, and hopes for, the trade, namely, Forerunner, Northern Lights, Faith, Hope, and Charity.

The Liverpool agents for the company were Messrs. W. and H. Laird, the partners being William Laird and Hamilton Laird, brothers of Macgregor Laird. Among the staff were two young Scots — Alexander Elder and John Dempster.

1856 Moved from London to Liverpool

By 1860 the company was well established and profitable, operating 7 steamships carrying mail, cargo, and passengers on a regular basis from Liverpool to a number of ports in West Arica. It was widely regarded as the greatest trading company to have done business with West Africa during this period.

1866 Alexander Elder resigned from the company.

1892 William James Pirrie became a director of the company