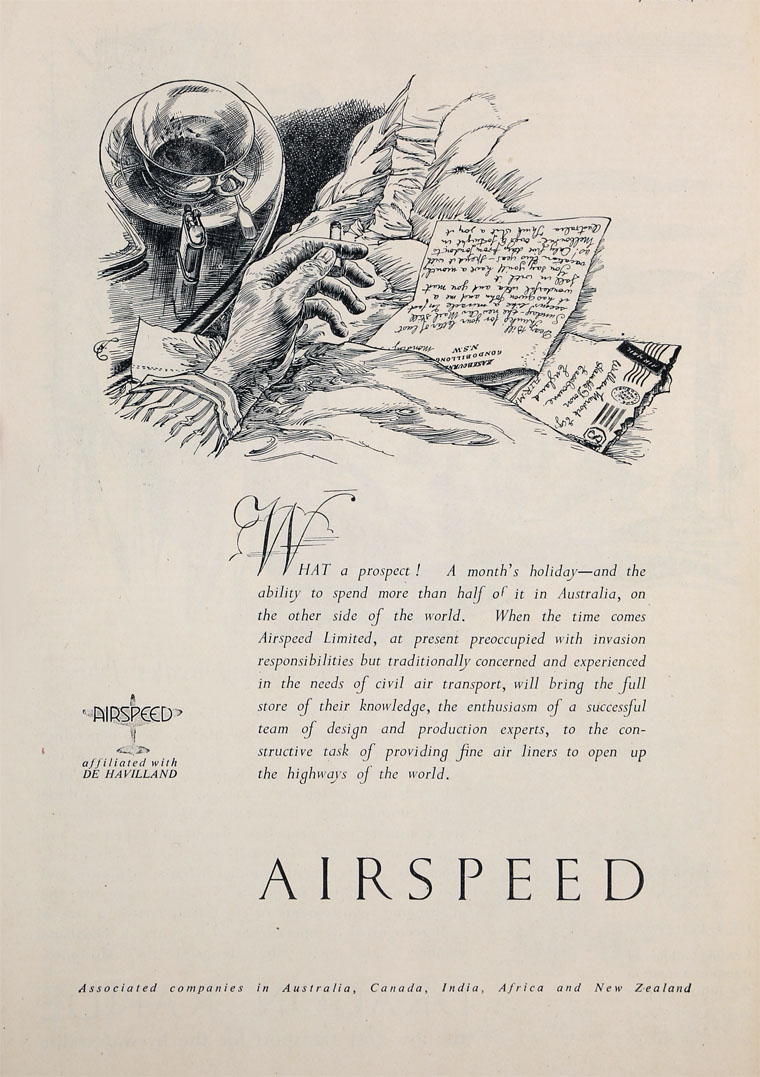 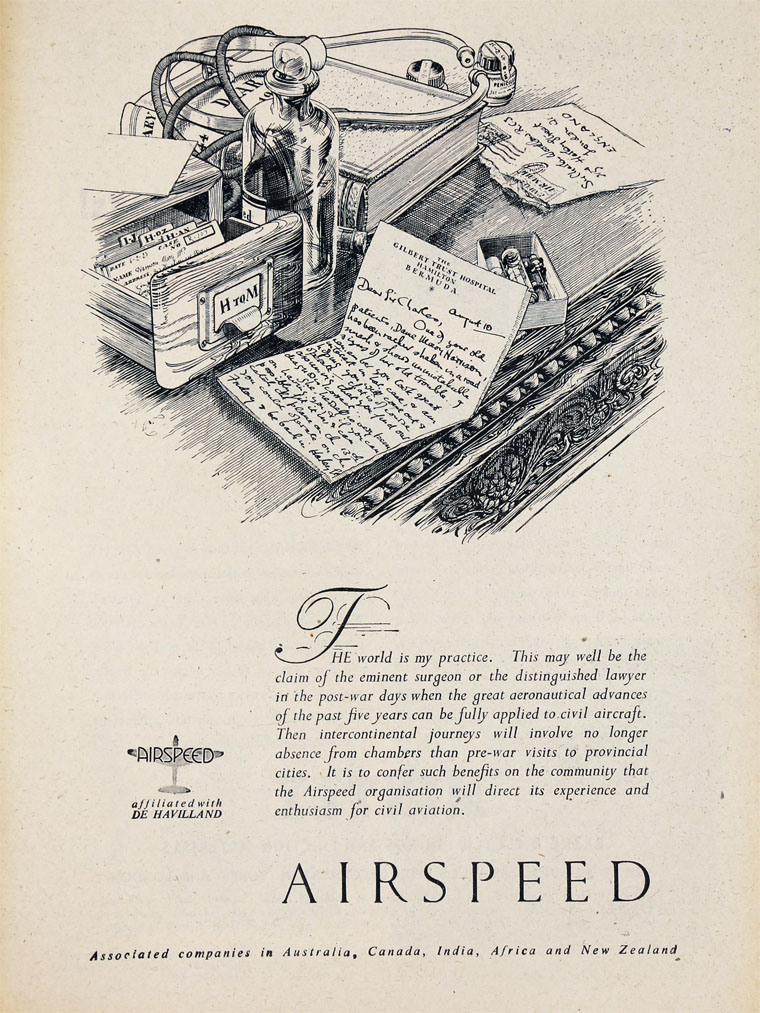 Airspeed Ltd was established to build aeroplanes in 1931 in York, England by A. Hessell Tiltman and Nevil Shute Norway

1931 Company formed by Nevil Shute Norway and A. Hessell Tiltman. Tiltman designed all of Airspeed's early aircraft, including the three-engined Ferry (for Sir Alan Cobham's flying circus), the innovative and fast single-engined Courier, and the elegant twin-engined Envoy. Following production of the Ferry, a ten-passenger biplane, the company concentrated on transport monoplanes.

1933 In March the firm moved to Portsmouth and in the following year became associated with the Tyneside ship builder Swan, Hunter and Wigham Richardson

1933 Designers and constructors of aircraft. Head Office and Works: Piccadilly, York. (After April 1st the Head Office will be: The Airport, Portsmouth, England).[1]

1940 de Havilland bought the shares in Airspeed held by Swan, Hunter and Wigham Richardson; the company retained a separate identity.

WWII Their most productive period was during World War II. A graceful, twin engined trainer-cum-light transport aircraft known as the AS10 Oxford had a production run exceeding 8,500. Almost 3,800 AS51 and AS58 Horsa gliders were built for the Royal Air Force and its allies. Many of these made one-way journeys into occupied France as part of the D-Day landings, towed from England by Commandos, Dakotas and other piston-engined aircraft.

1944 The company reverted back to the company name Airspeed Limited on January 25; the company became involved in adapting some surplus Oxford aircraft as AS65 Consuls for the commercial market. They went on to produce a superbly streamlined twin-engined piston airliner called the AS57 Ambassador.

Details of Airspeed Aircraft are in a separate section.