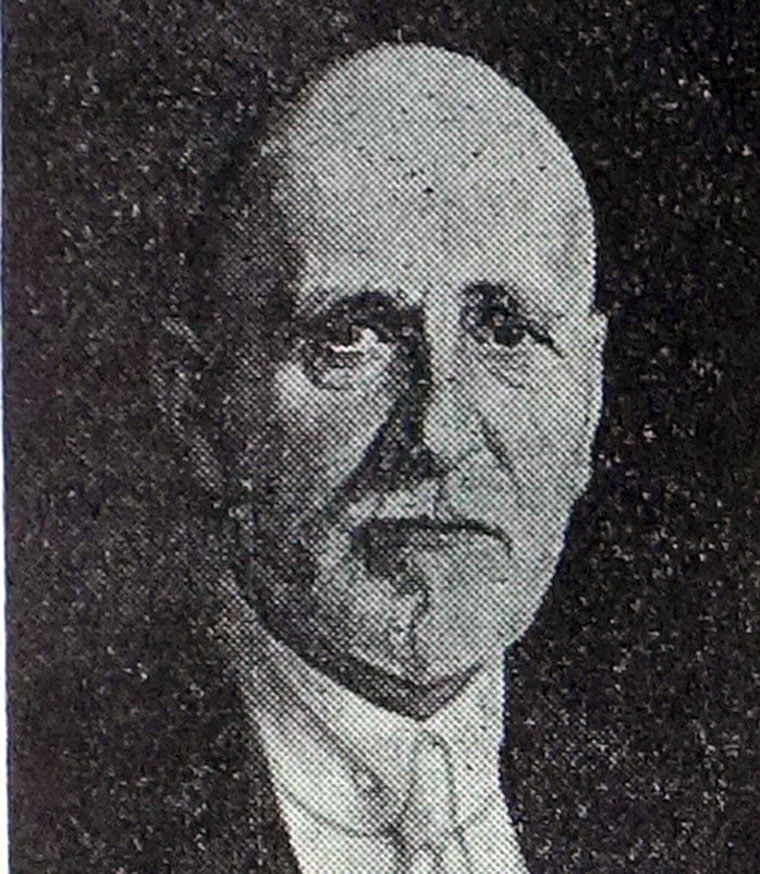 ALEX DOW. Honorary Life Member of the Institution of Mechanical Engineers, and Chairman of the Executive Committee of the Detroit Edison Company, passed away at his home in Ann Arbor, Michigan, U.S.A., on 22nd March 1942. He was born in Glasgow on 12th April 1862, of a Highland family of skilled iron workers. He received his formal education for six years at the board schools in his native city, but circumstances forced him to go to work at the early age of 11. For six years he was messenger boy, junior clerk, and stenographer at a railway office. At 17, he found employment with the Cunard Steamship Line in Liverpool, where he spent as much of his time as possible afloat or in the engine rooms of the Cunard steamers.

In November 1882 Mr. Dow went to the United States and secured a job with the Baltimore and Ohio Railroad. His next position was that of supervisor of local line and instrument maintenance of the Baltimore and Ohio Telegraph Company. In October 1888 he removed to Chicago where he joined the |Brush Electric Company which installed and operated arc lighting systems. He took charge of the Chicago office and was responsible for the design and construction of the South Park system in Chicago which required about 30 miles of underground cables. Early in 1893 the City of Detroit, then installing a municipal lighting system, hired him as constructing engineer. In 1895 he became an American citizen and the next year resigned from the City employ - as he had become convinced that private ownership was more efficient than public ownership in the management of a utility - to become vice-president and general manager of the Edison Illuminating Company, of Detroit. When the Detroit Edison Company. was formed in 1903, Mr. Dow continued as vice-president and. general manager; and in 1912 he became president of the company, a position which he held for 28 years. During that period his insistence upon a reliable electric service at fair rates played a major part in the growth of the city of Detroit.

The city twice called Alex Dow back to its service: from 1916 to 1921 he served as engineer member of the Board of Water Commissioners, and from 1925 to 1932 he was President of the Board. In both instances he protected the commission from politics, and introduced the sound business procedure which he had always observed in the local lighting company.

Many of the practices in use to-day in public utility companies were pioneered by Alex Dow. He planned the distant-controlled rotary converter, the first step towards the automatic substation. In 1898 he recognized the practicability of the Wright demand meter, which has now been in use for more than 40 years. He built generating plants near the load centres with high voltage distribution to substations. He early recognized the advantages of large steam boilers and stokers and was a pioneer in the adoption of the large horizontal turbo-generators which has now become the standard type.

Mr. Dow's formal education was limited to his six years in a board school in Glasgow. The rest of his knowledge of engineering, finance, commerce, and of the world's great literature, he gained for himself. He held honorary degrees of Doctor of Engineering from the University of Michigan, Doctor of Science from the University of Detroit, and from Wayne University. His professional affiliations were many; besides Honorary Life Membership of the Institution of Mechanical Engineers, to which he was elected in 1937, he was a Member of the Institution of Electrical Engineers, a Past-President and Honorary Member of the American Society of Mechanical Engineers, and an Honorary Member of the American Institute of Electrical Engineers. He received the award of the Edison Medal in 1936, was an Honorary Member of the Engineering Society of Detroit, and since 1936 had been President of the Trustees of Rackham Engineering Foundation. In 1940 Mr. Dow resigned the Presidency of the Detroit Edison Company, becoming Chairman of its Executive Committee. But he continued to serve as District Chief of Ordnance, U.S. Army, a position he had accepted in 1932.

A good citizen, a sound engineer, an executive with vision and judgment, honoured by his contemporaries, and beloved by all who knew him, he leaves behind him a host of sorrowing friends.