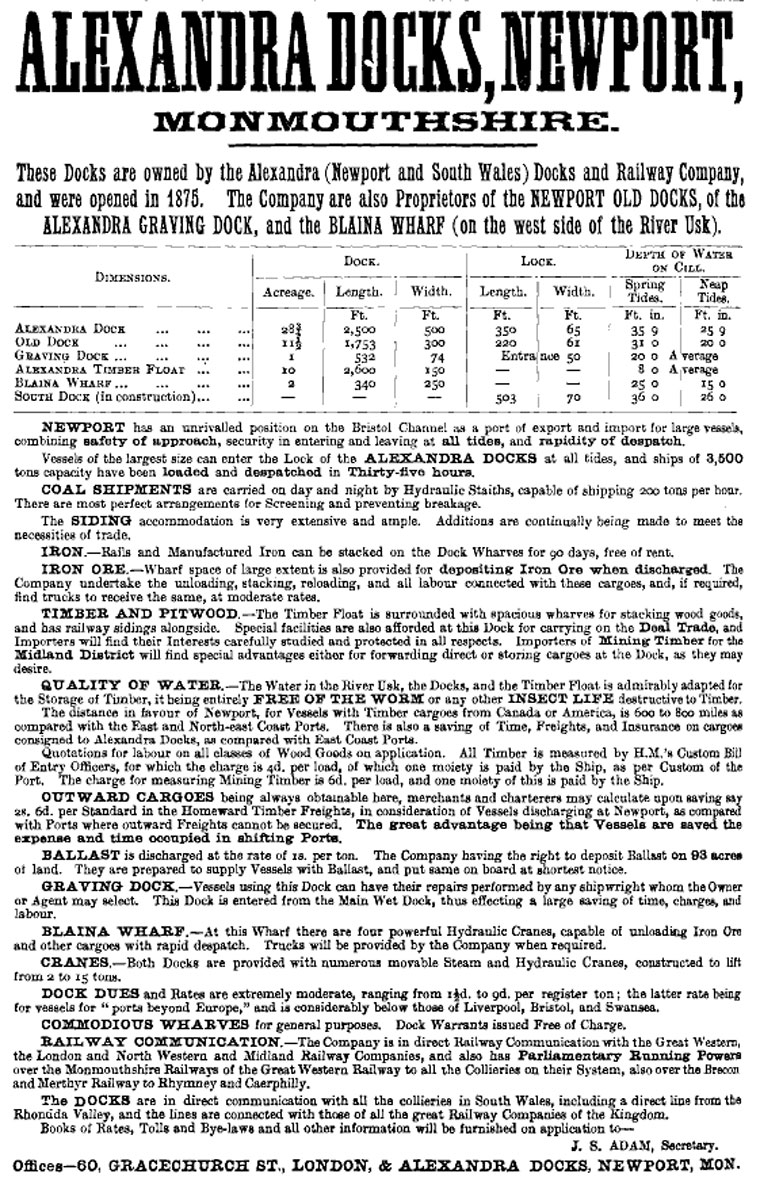 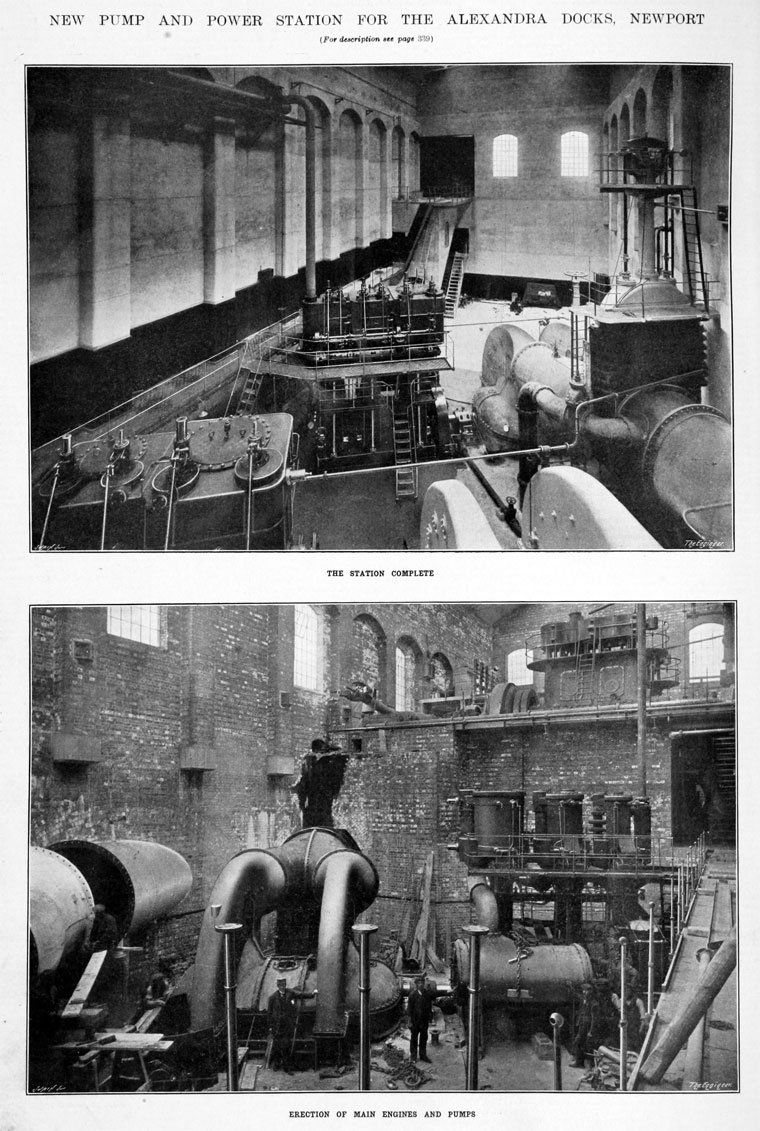 1868 Work started on building the docks

1875 Advert: These docks were opened; owned by the Alexandra (Newport and South Wales) Docks and Railway Co

1907 An extension to the Alexandra South Dock was opened.

1914 The Alexandra Dock was further expanded and a new South Lock (the Great Sea Lock) opened with direct access to the Severn Estuary.