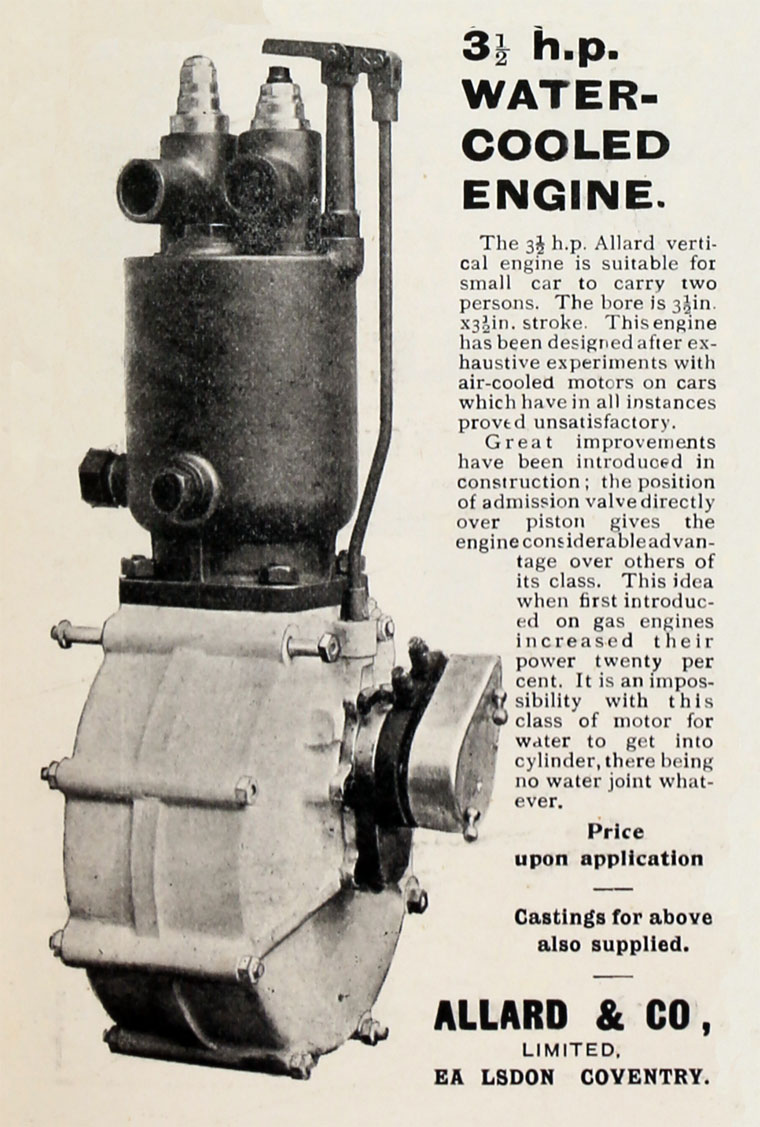 Initially produced tubing and bicycles. Allard built motorcycles from 1897 to 1902.

1890 Allard left the partnership. '...Benjamin Done, Frederick William Allard, and George Pilkington, carrying on business as Cycle Makers, at Earlsdon Cycle Works, Coventry, in the county of Warwick, under the style or firm of Allard and Co., has been this day dissolved, so far as regards the said Frederick William Allard, by mutual consent. The business will be continued under the same style or firm by the said Benjamin Done and George Pilkington...'[1]

1898 Produced a car and a motorised tricycle that was exhibited at Crystal Palace.

1899 They produced a car and a De Dion style tricycle fitted with their own 2.25hp engine.

1900 A four-wheeled car, of "Rapid" type, was involved in an early fatal road accident. The car was of light construction, with two seats facing each other.

1901 A motorcycle was produced that was built entirely at their own works. The 1.75hp engine was mounted in an aluminium cradle fixed to the frame tubes. The machine was offered in kit form to the trade. Soon the engine was enlarged to 2.hp.

1902 The inclined engine was replaced by a vertical one.