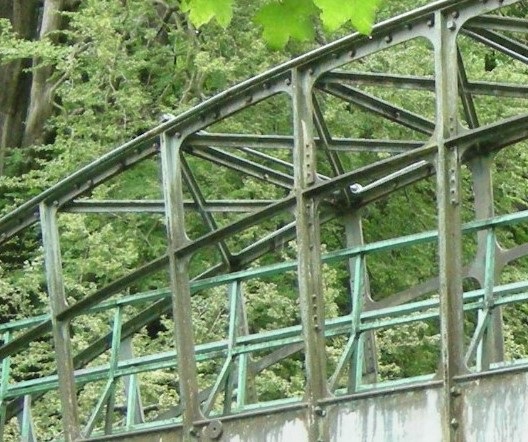 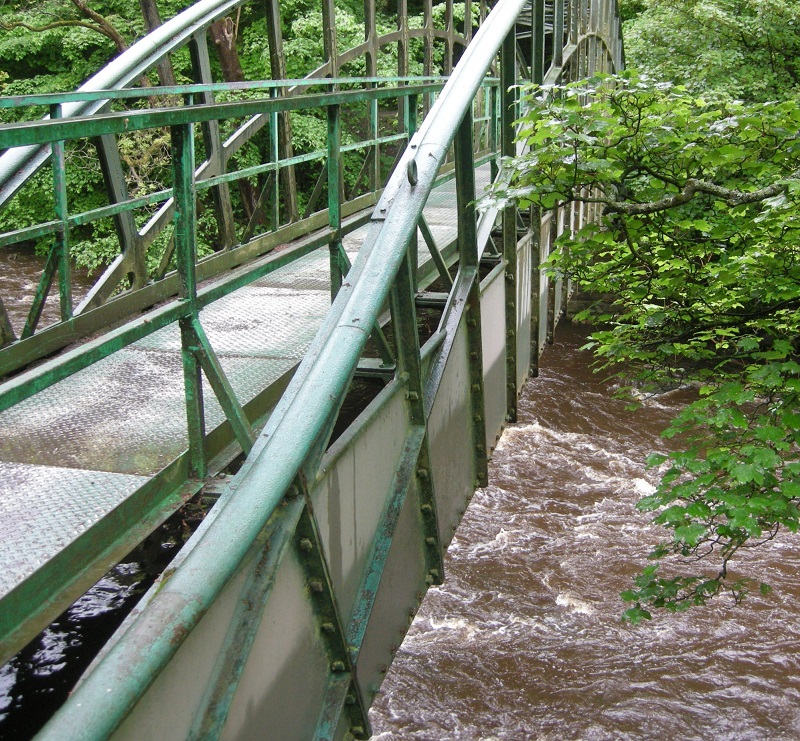 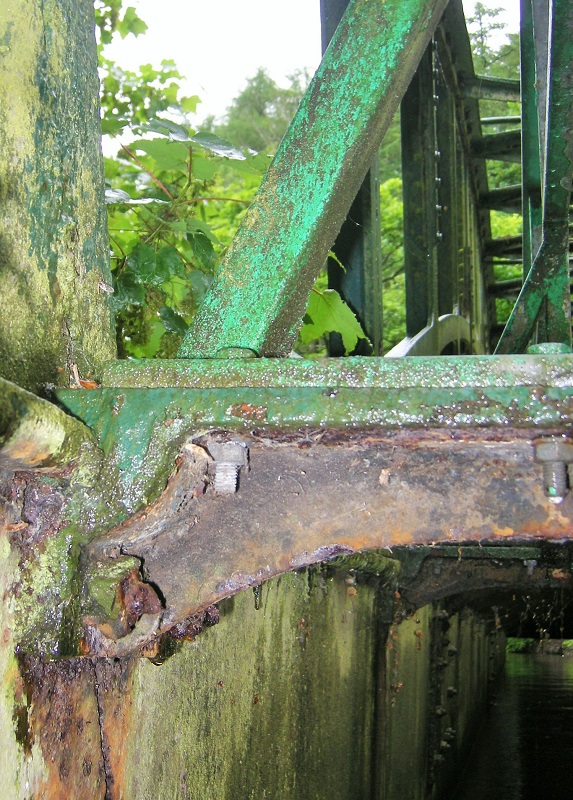 Cast iron aqueduct and footbridge carrying a feeder channel for the Union Canal, and a footpath, over the River Almond, in the picturesque Almond Valley, near Livingston, west of Edinburgh.

Constructed in 1822 by Craven, Whitaker and Nowell. Engineer: Hugh Baird. Maker of iron castings not identified.

Photo 4 shows the modern footway over the aqueduct. Prior to its installation there were no handrails, and pedestrians walked on cast iron grids whose width was two-thirds that of the trough.

The design of the cast iron bridge structure is elegant and well thought-out. Photos 1 & 3 show that the sides of the bridge structure and aqueduct walls comprise a series of wedge-shaped cast iron panels, bolted together at their radial flanges.

Transverse bracing is provided at the top of the arches by a series of diagonally-braced rectangular cast iron frames (see photos 2 & 6). The members are of T section. Bolted to the top surface of the arch is a series of solid iron castings whose cross section is apparent in photo 7. These should butt together to take compressive forces in the top chord.

Photo 8 shows the floor of the trough, made of flanged cast iron plates, The transverse joints of the floor are staggered relative to the vertical joints between side plates.

A number of fractures have been repaired by bolting on fishplates.