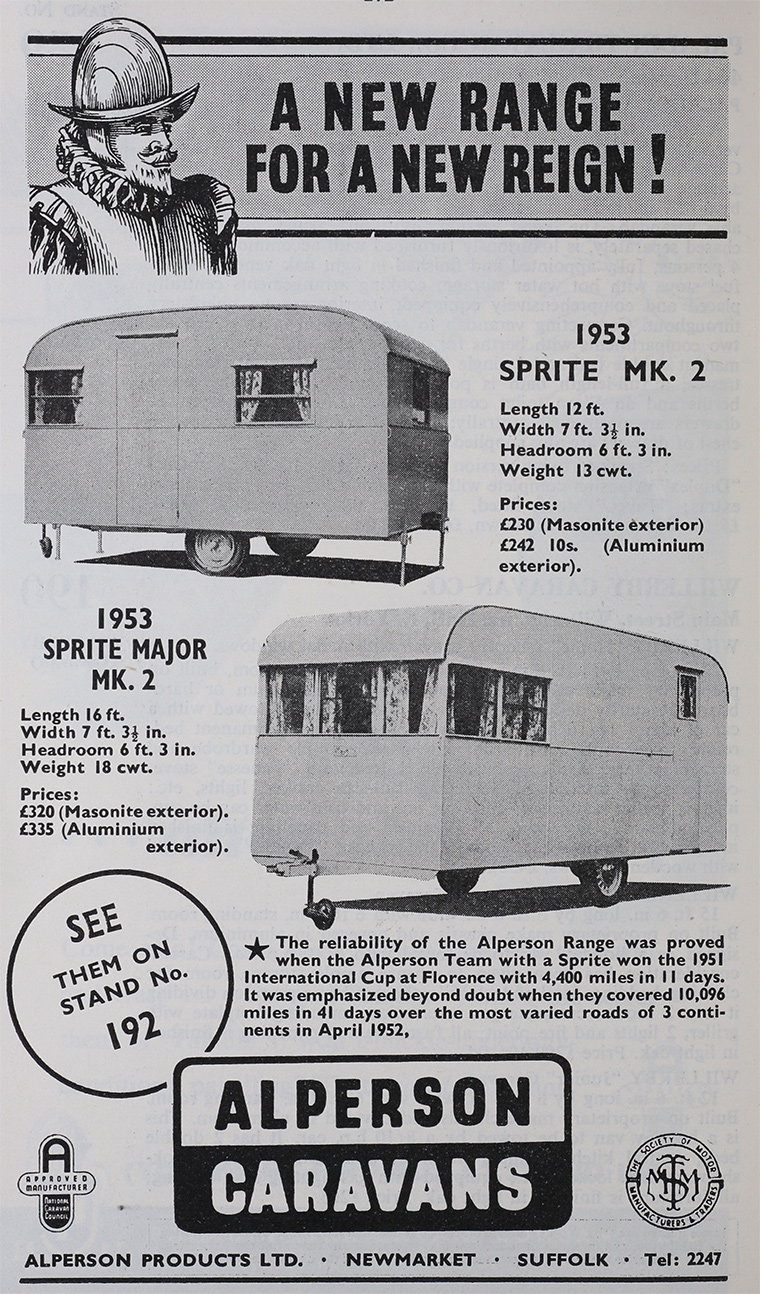 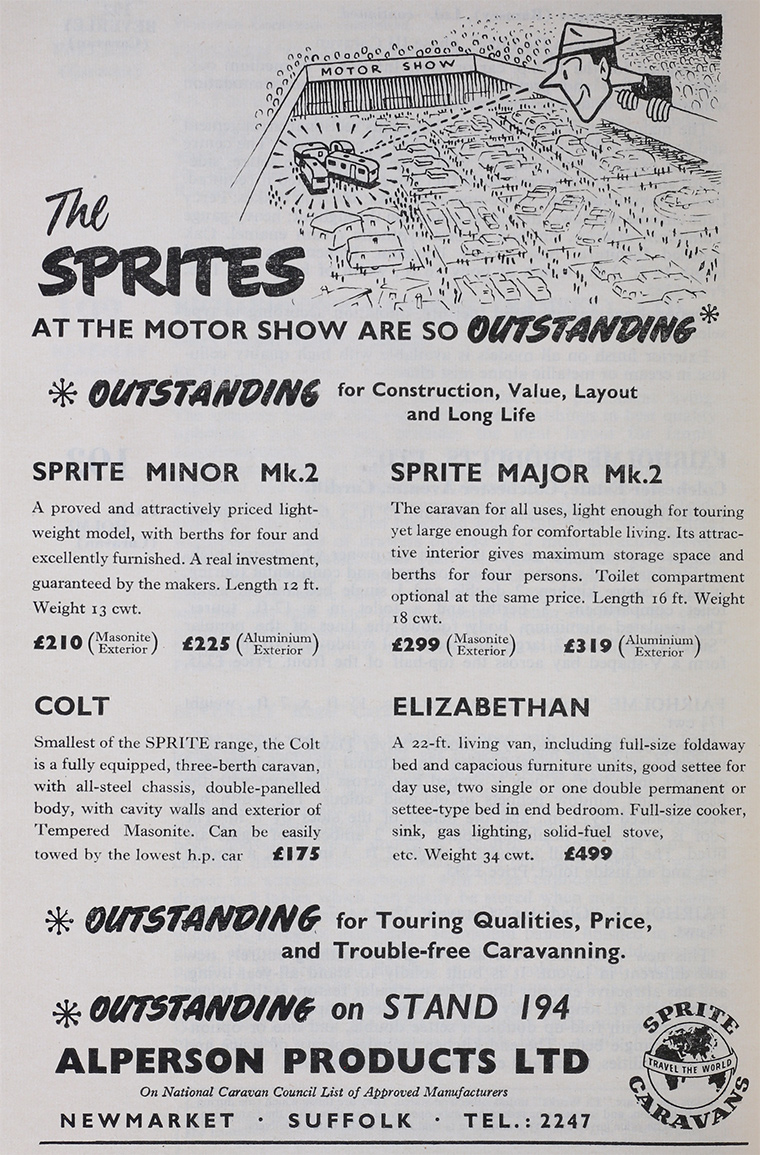 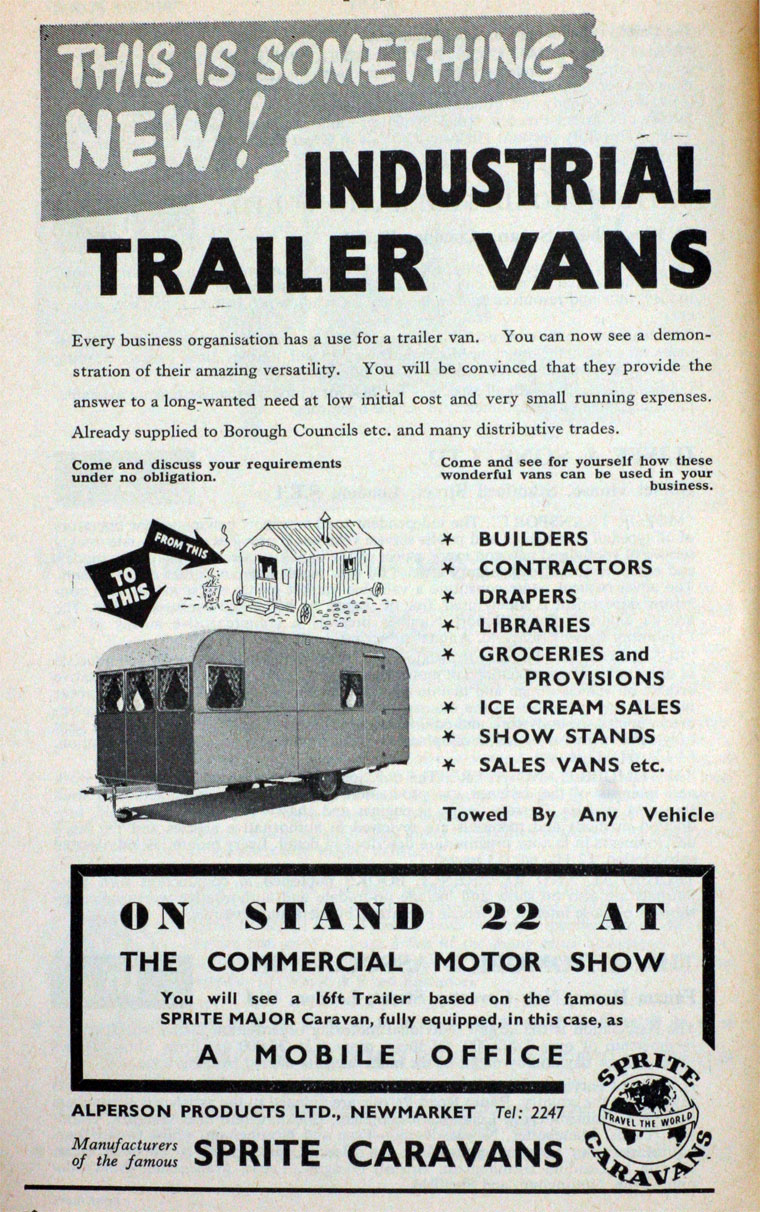 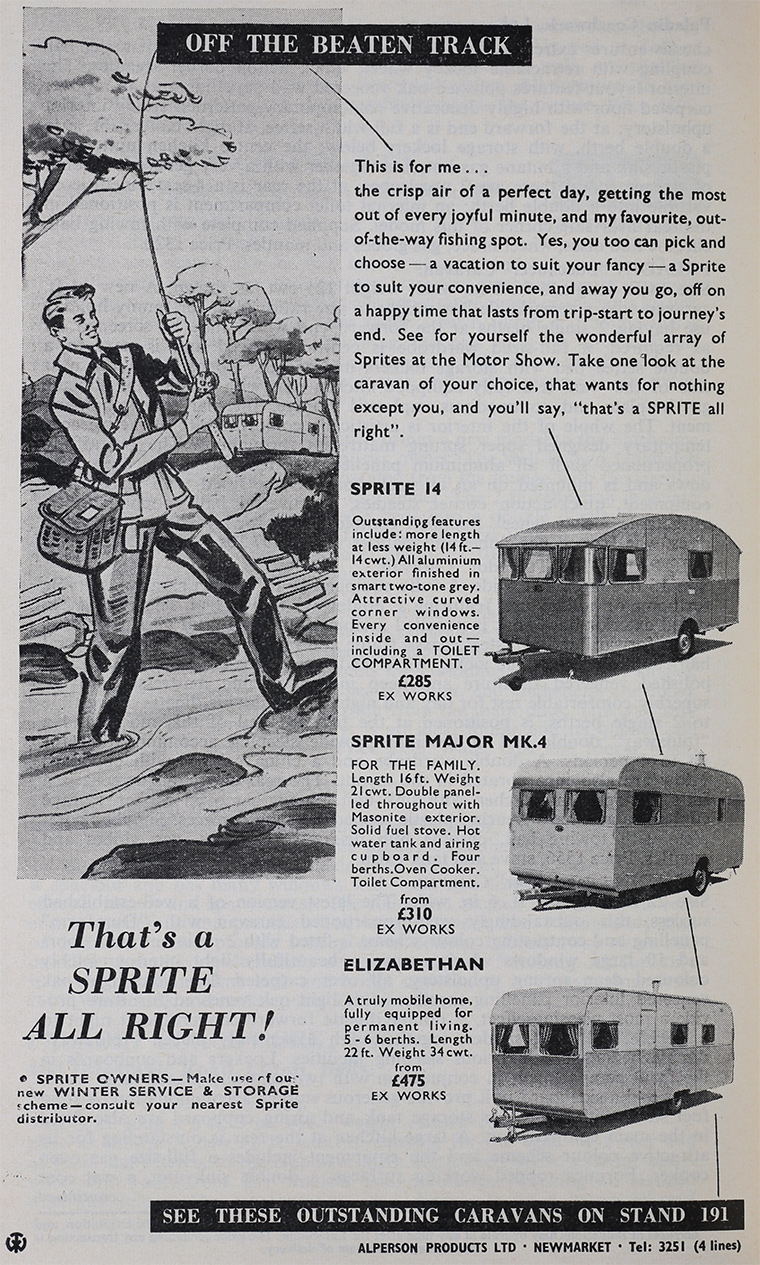 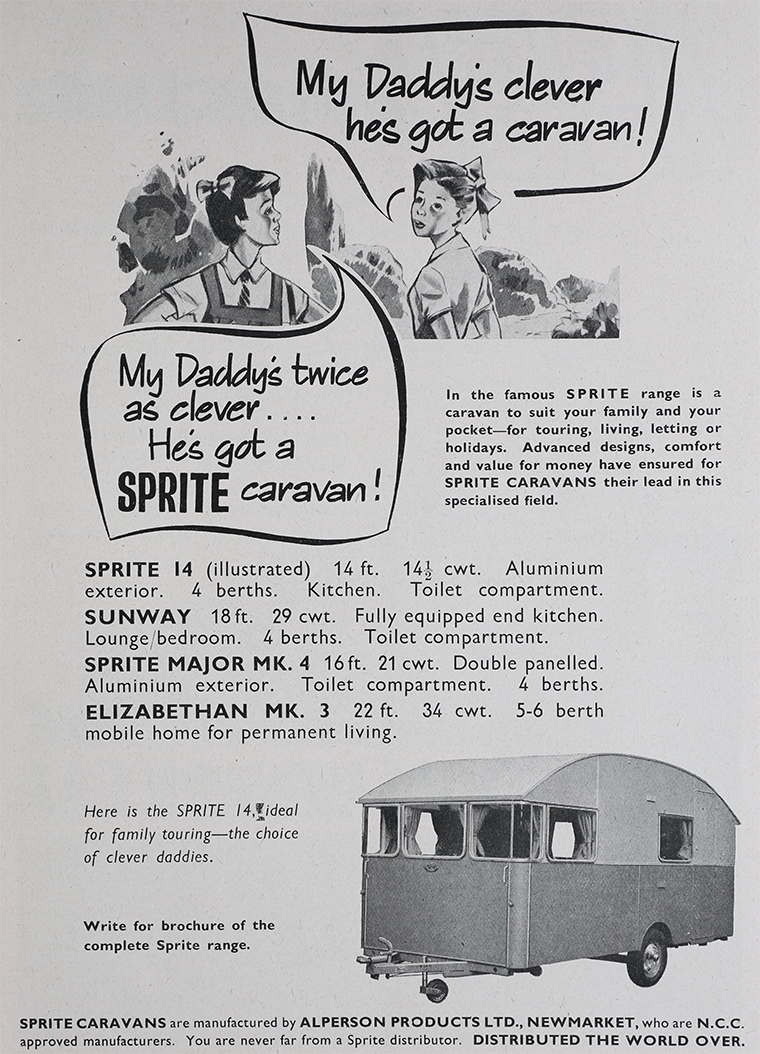 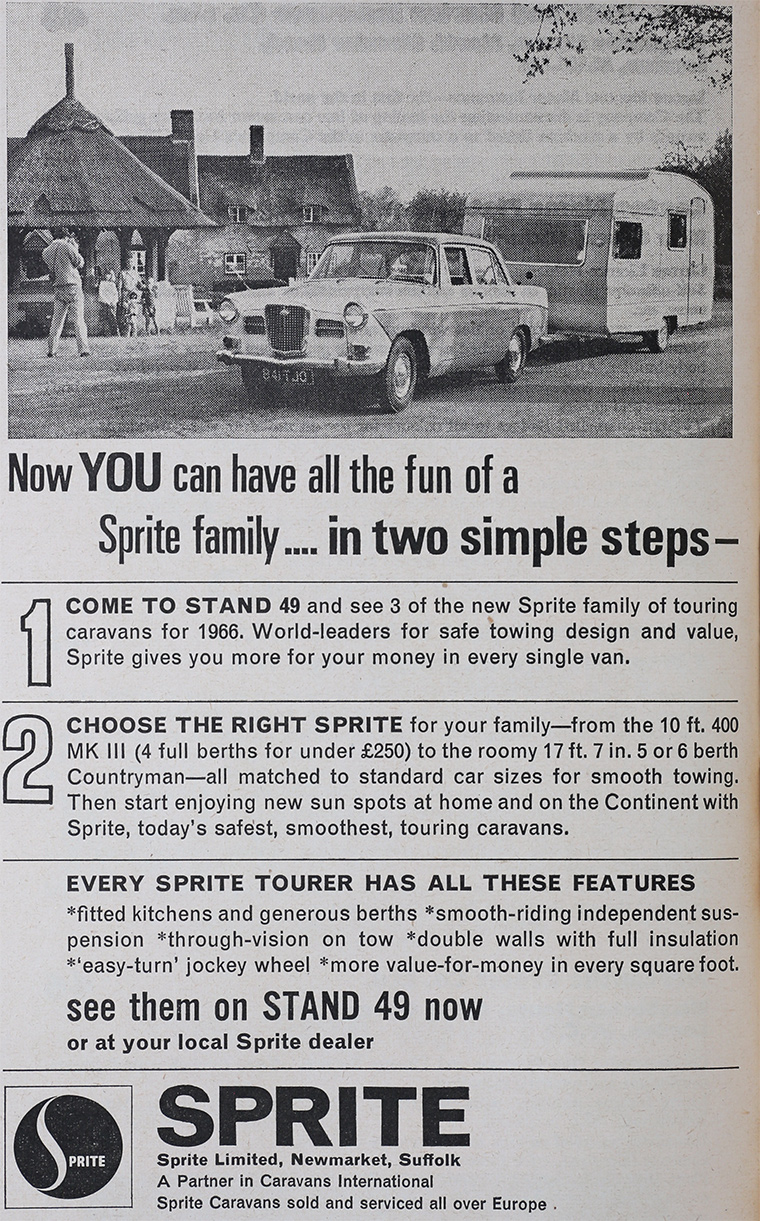 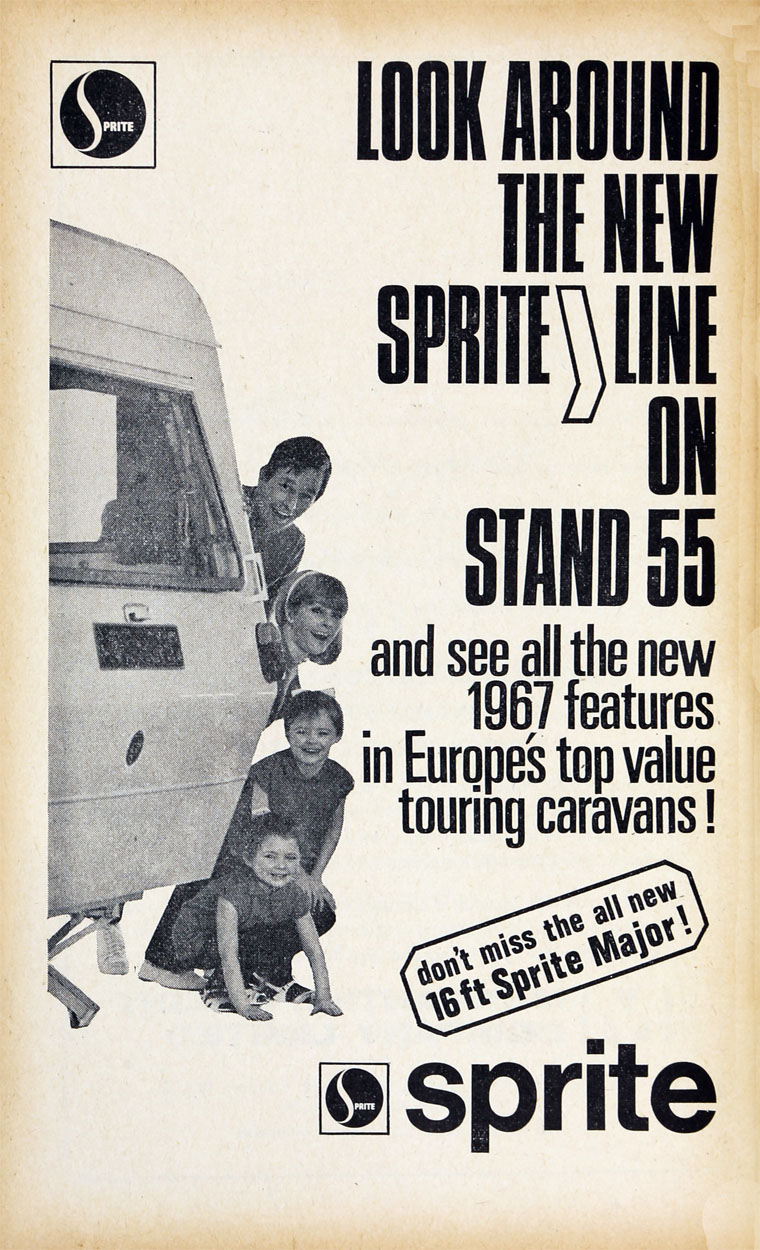 c1949 The Sprite model was introduced.

Alperson soon became the dominant UK caravan manufacturer. Sam Alper was focused on growing the company through construction that reduced the cost of caravans and exportation.

By the 1950s, Sprite Caravans were being exported to over 15 different countries.

1963 Merged with Bluebird Caravans and the company changed its name to Caravans International.

By the 1970s Sprite caravans were being produced in Germany, Italy, South Africa and New Zealand, but CI faced fierce competition at home and abroad and that combined with the 70s recession, reached a low point in the business.

1982 Caravans International went into liquidation, but reformed as a new smaller company with the same name.