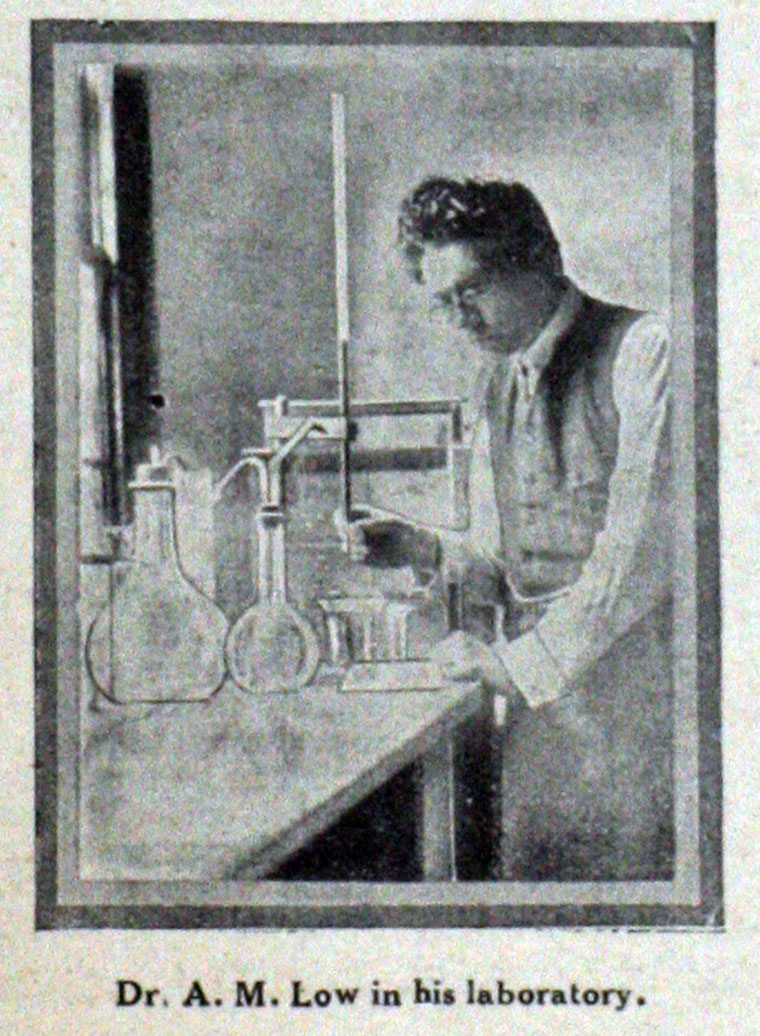 WE record with regret the death of Mr. Archibald Montgomery Low, which occurred at his home in London on September 13th, at the age of sixty-eight. Through his many inventions and popular scientific writing he was known to a large company of people, both technical and lay.

A. M. Low was educated at St. Paul's School and at the Imperial College of Science and Technology, and as a young man was concerned with the invention of various motor car accessories, and of a system of radio signalling. When the first world war started, Mr. Low joined the R.N.V.R. and subsequently transferred to the Royal Air Force where he served as an experimental officer. His inventions during the war and in the years that followed included radio torpedo control gear and apparatus concerned with several aspects of noise measurement and abatement.

A. M. Low's most prolific years as a science writer were undoubtedly those between the wars, and the list of his published works is an impressive one. His activities in the realm of science and technology were many, and among them was his work for the Institute of Patentees, of which he was the president: he was also president of the British Institute of Engineering Technology. He had been chairman of the Auto-Cycle Union since 1932 continuously.