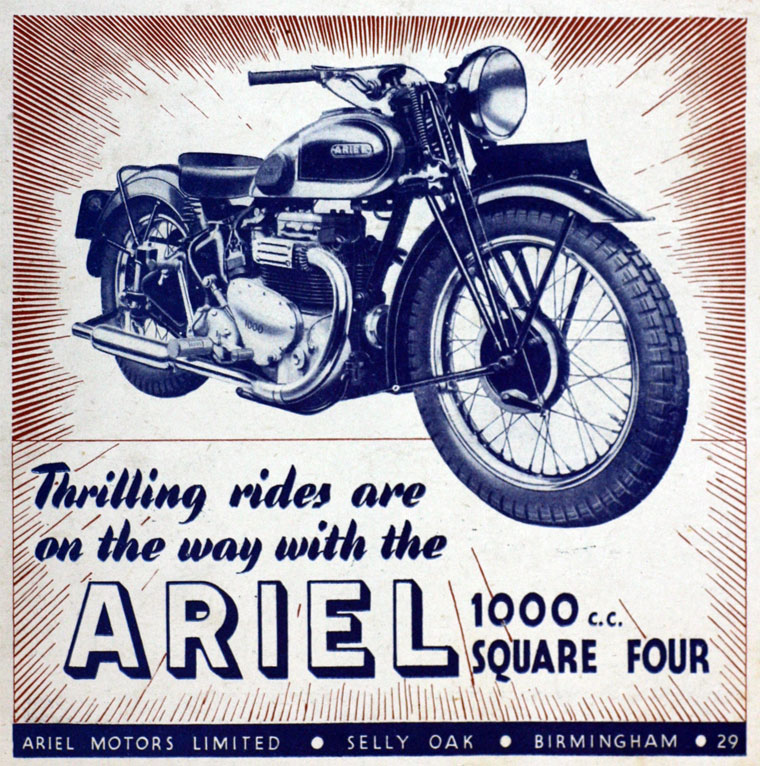 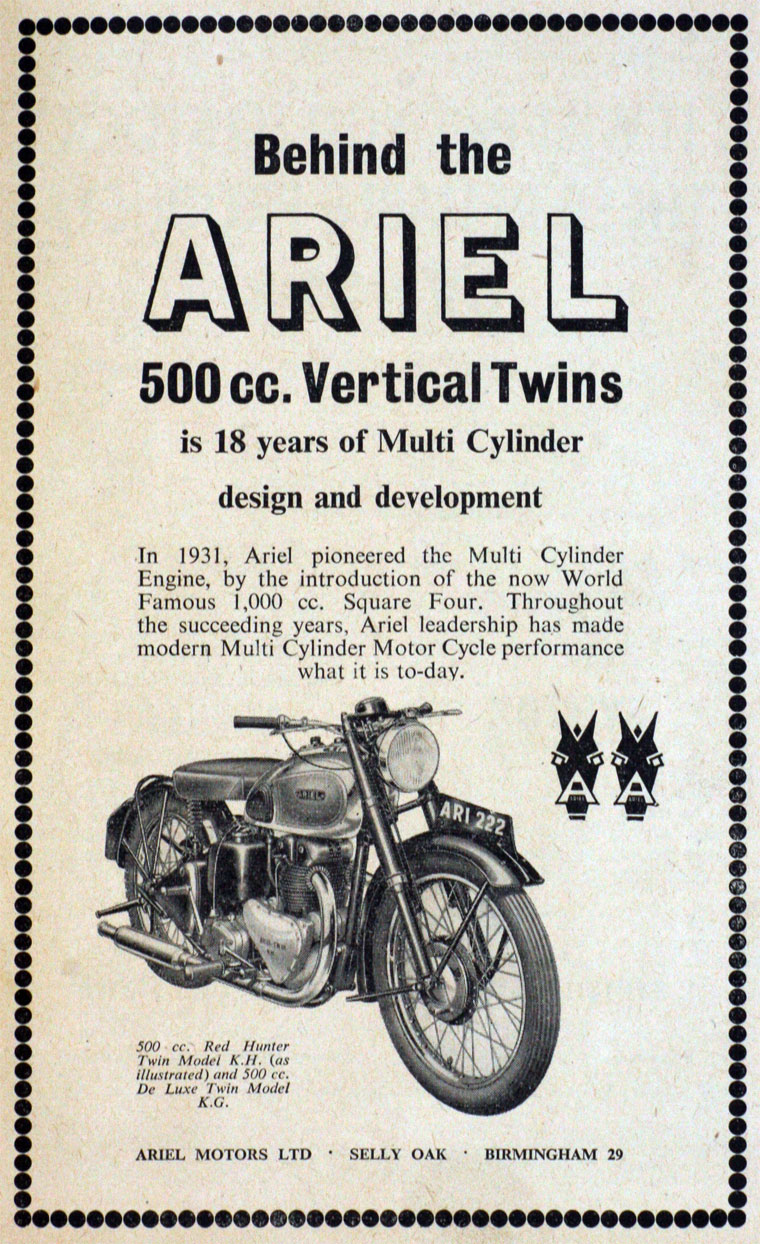 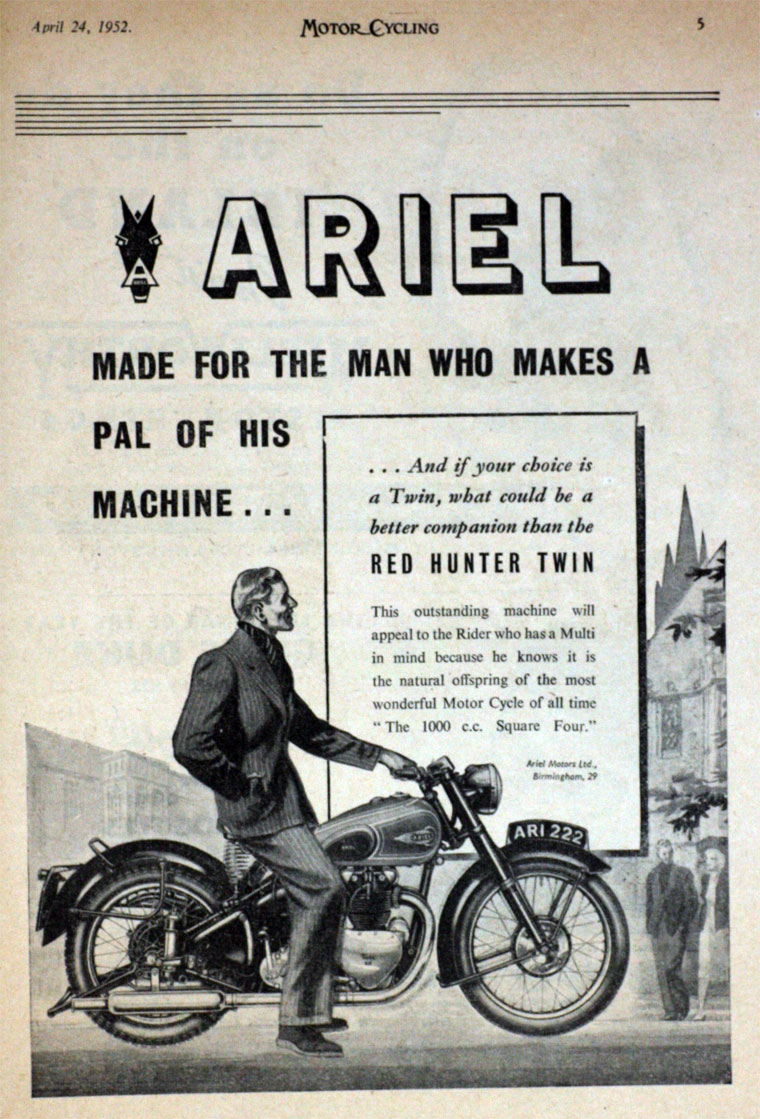 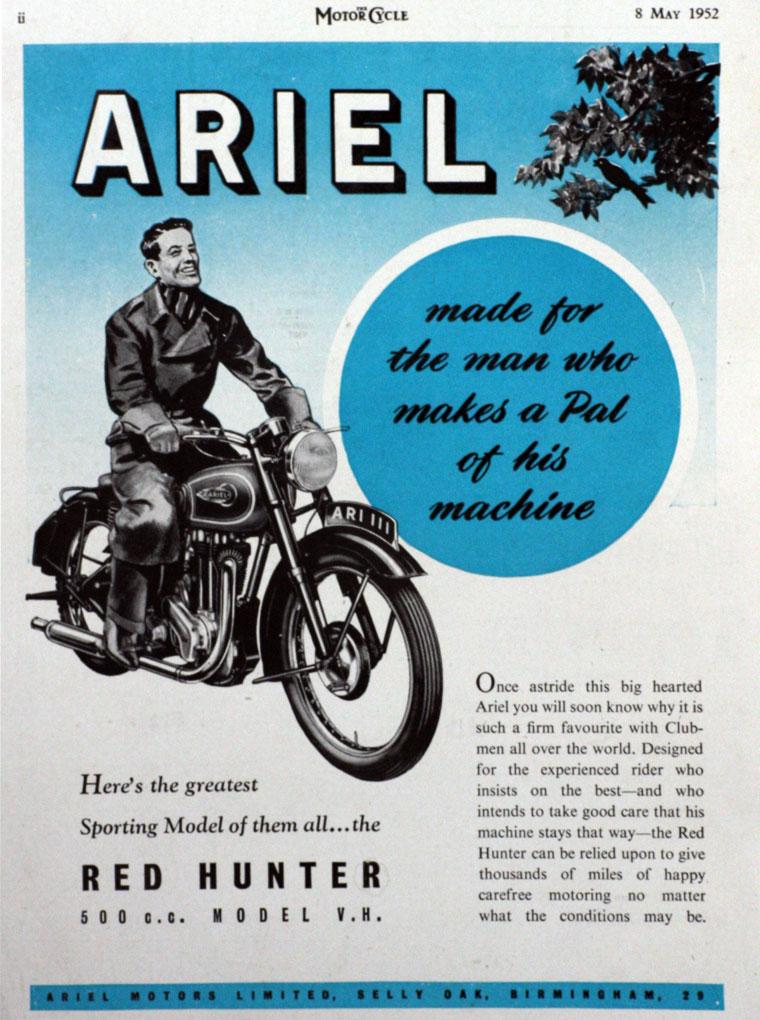 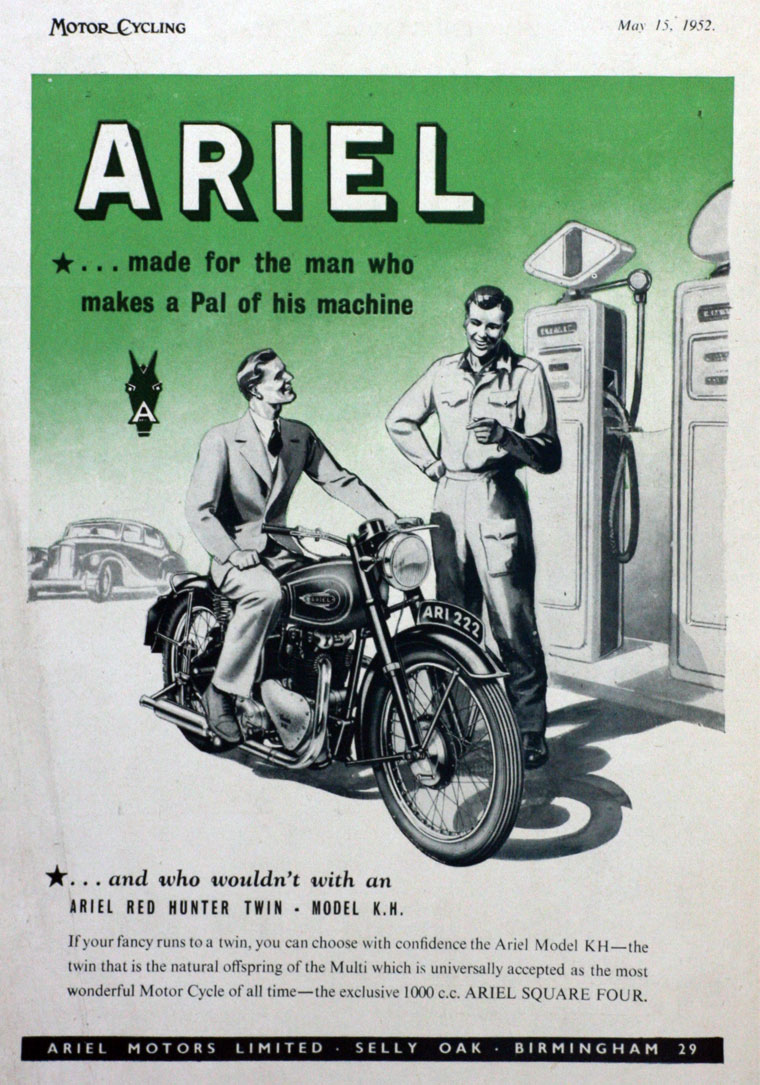 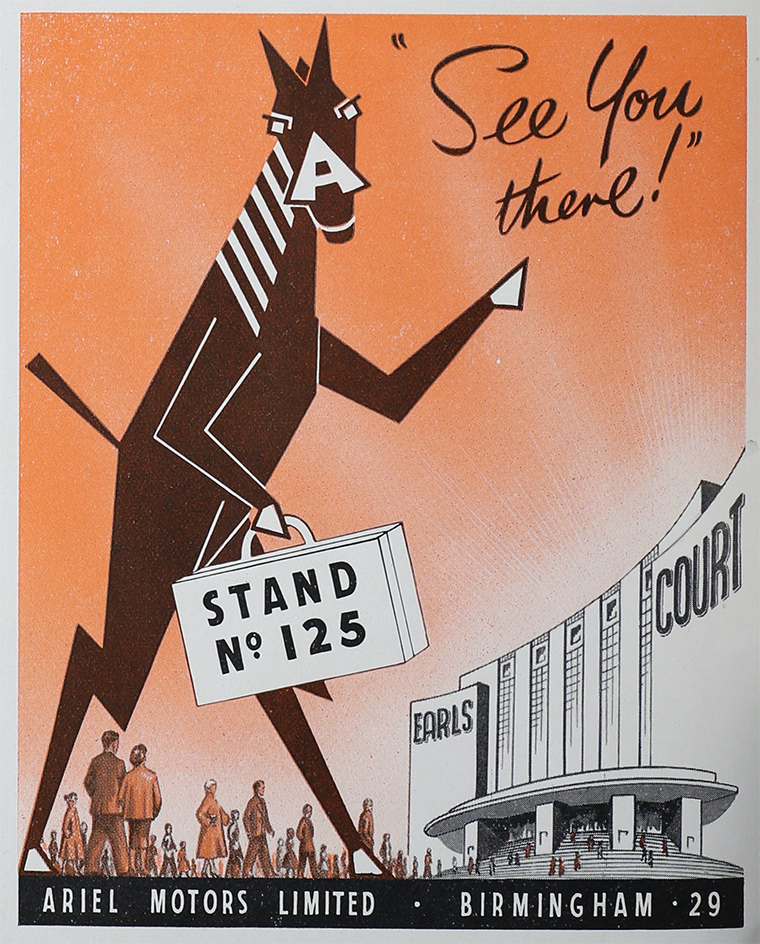 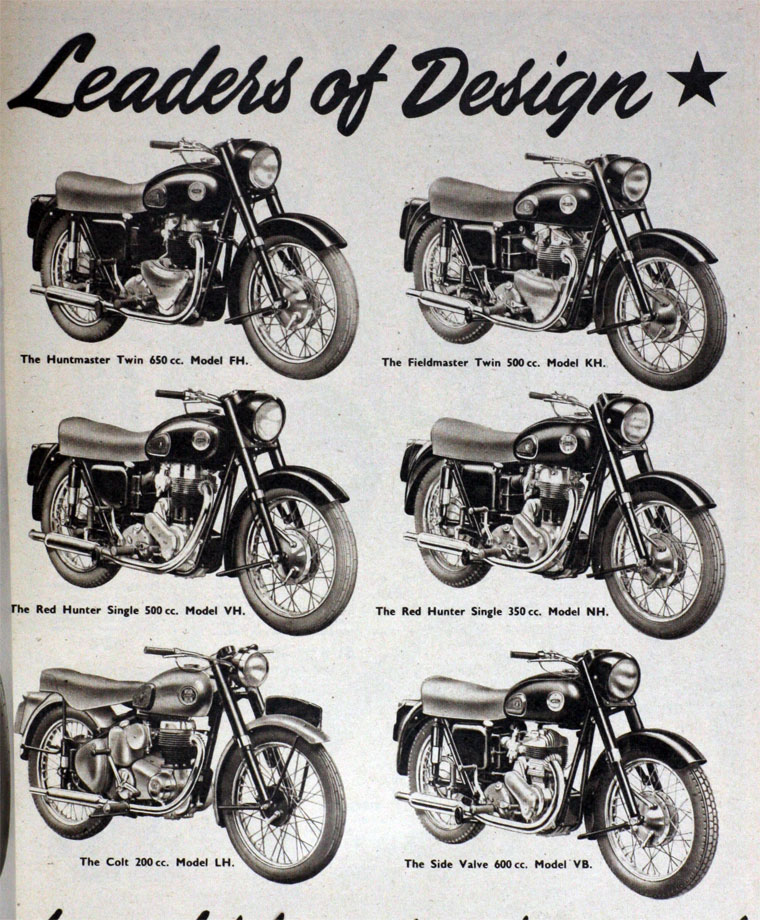 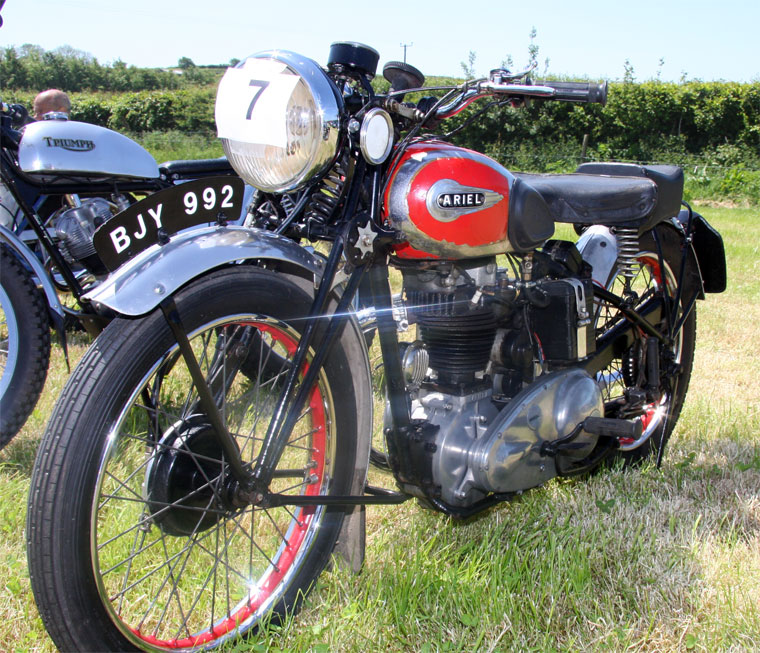 1932 Components Ltd, including Ariel Works Ltd, went into receivership. Jack Sangster bought most of the motorcycle assets from the receivers, to start a new company called Ariel Motors (J.S.) Ltd. He bought all of the tools for almost nothing, re-hired the cream of Ariel's staff, and moved 500 yards down the road to a new plant. Sangster rebuilt the company using the wealth of design and engineering talent employed by the company, which included men such as Edward Turner, Val Page and Bert Hopwood.

1932 Became a private company Ariel Motors (J.S.) Ltd. For a summary of the various users of the Ariel name see Ariel - an overview.

Val Page left Ariel Motors (J.S.) Ltd in 1932 to become Chief Designer at rival motorcycle producers Triumph where he developed the vertical twin and a range of singles, including a 150cc two-stroke and 250, 350 and 500cc four-strokes, with Edward Turner

1939 New Imperial was bought by Jack Sangster, of Ariel, who planned to move it to the Triumph factory in Coventry, but production remained at Hall Green until the end of the decade.

WWII. The company built a military version of the 346cc ohv single and worked on many projects for the forces.

1949 Val Page again took over design work post-war. He designed the 500cc KH, a parallel twin to compete with others in that market.

1950s Many revisions were made, but Ariel failed to make much of an impression on the motorcycle industry.

1954 Page helped produced the Huntmaster, which used a BSA A10 650cc engine in an Ariel frame.

1958 In complete contrast to anything they had ever produced before, Ariel introduced the Leader - with a 247cc twin-cylinder two-stroke engine and a four-speed gearbox. It also had the panel-enclosed engine unit hung from the main frame beam in pressed steel with trailing-link forks. This modern design could be mass-produced and offered scooter protection with motorcycle handling. Although light, agile and lively, and receiving great press reviews at the time, it was a sales disaster.

1959 Following the establishment of the Leader, the whole four-stroke range was dropped.

1960 The arrival of the Arrow, which was based on the Leader but lacked the enclosure.

1961-64 A Super Sports model joined the range. It was known as the Golden Arrow because of its finish. A low insurance model was also produced along with a new model known as the Pixie, but these were short lived.

1963 BSA closed the Selly Oak factory and moved production to Small Heath. Val Page had a design for the Leader as a 70cc four-stroke with in-line four engine, but the executives did not share his vision, so it was never built.

1965 The parent company, BSA, stopped the production of all Ariel models.

1970 An odd three-wheeled moped was briefly produced, using the Ariel name. It cost BSA dear and was one of the major contributors to the company's collapse.

Exhibits in the National Motorcycle Museum: