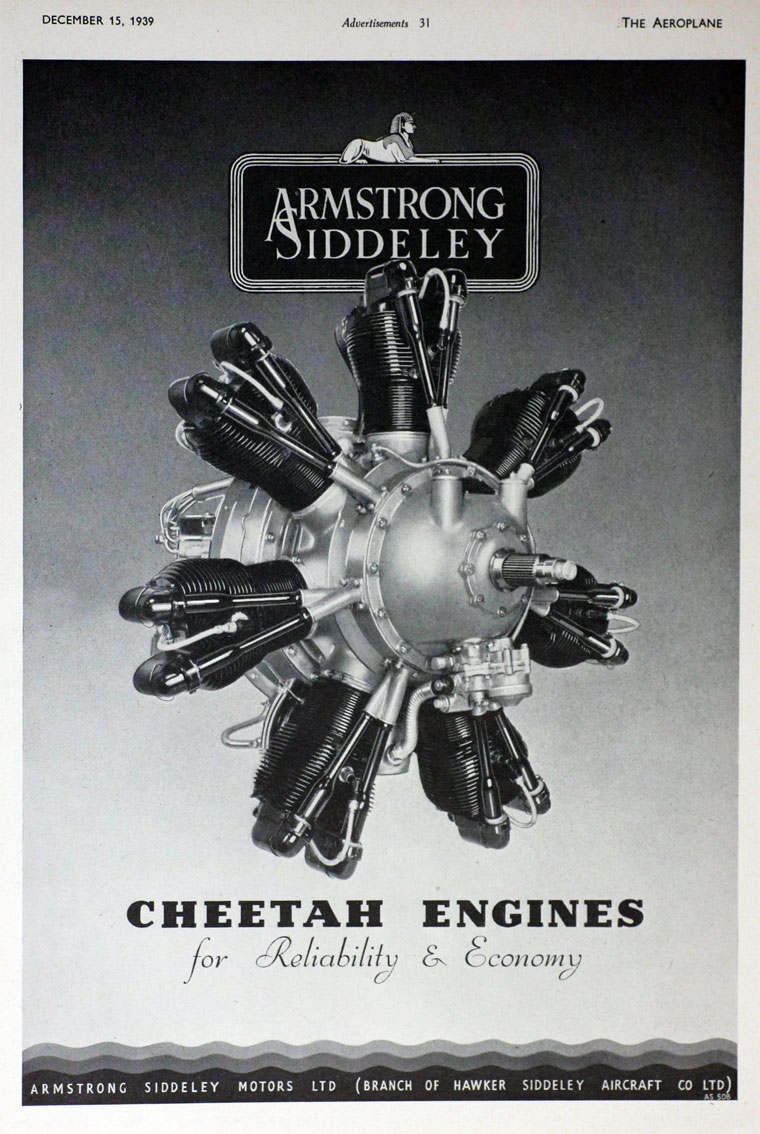 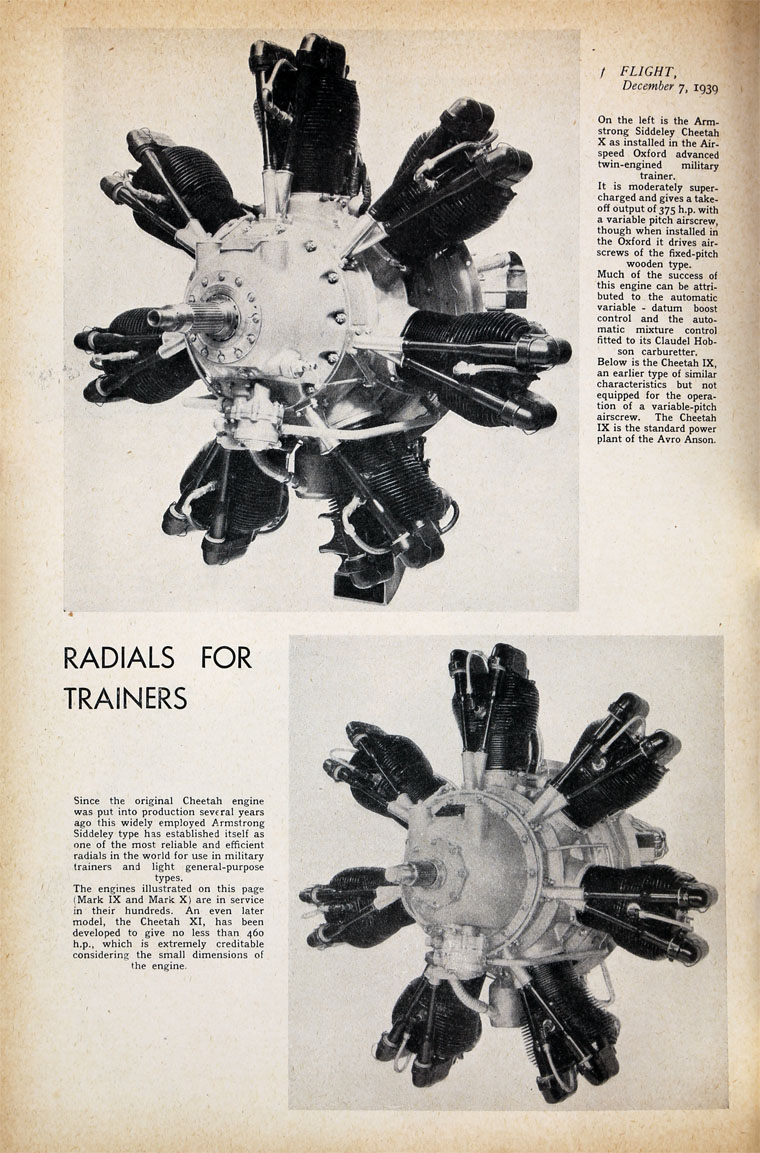 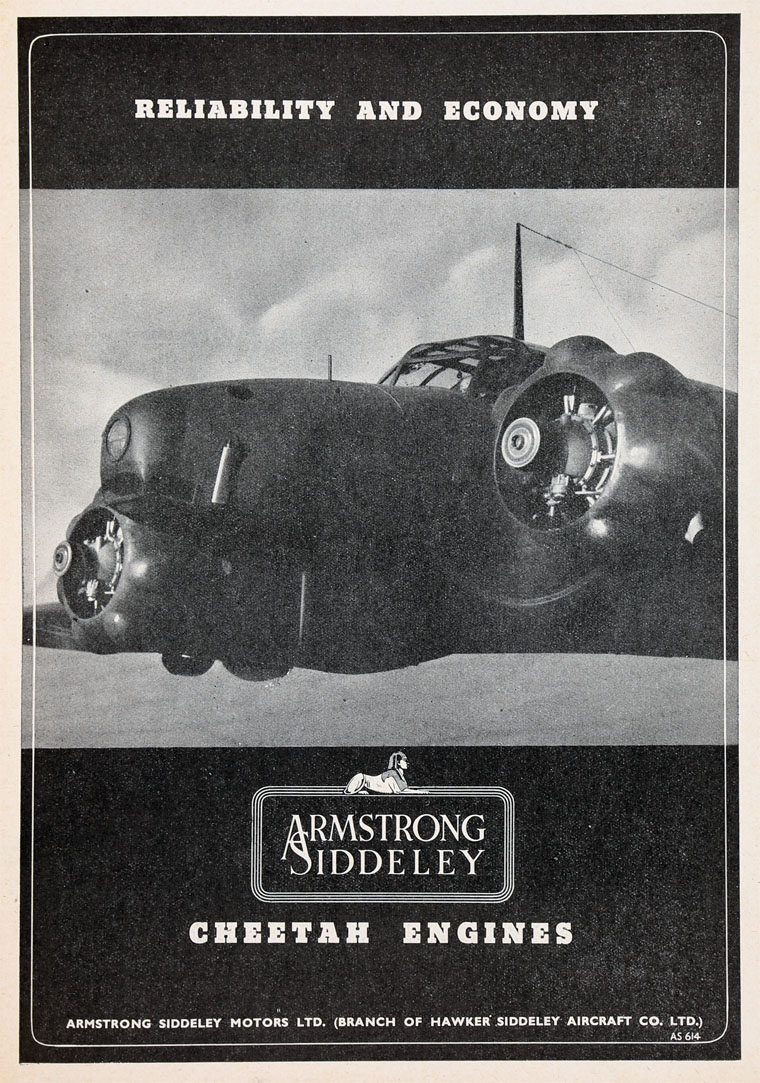 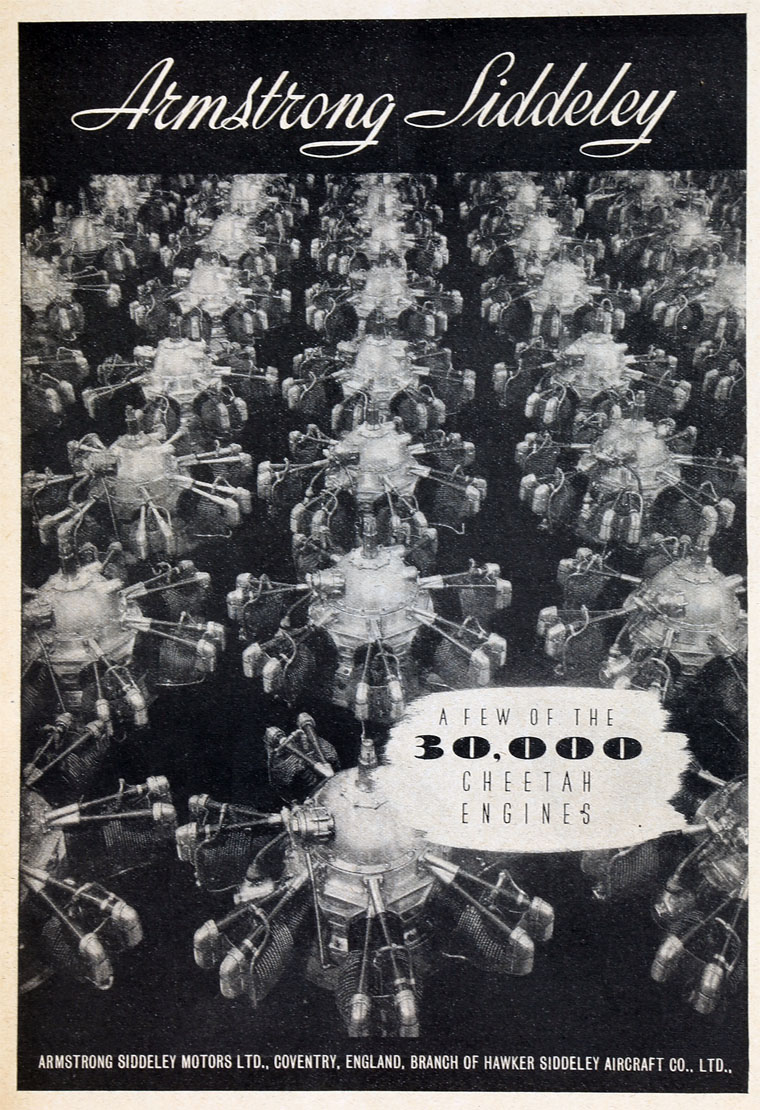 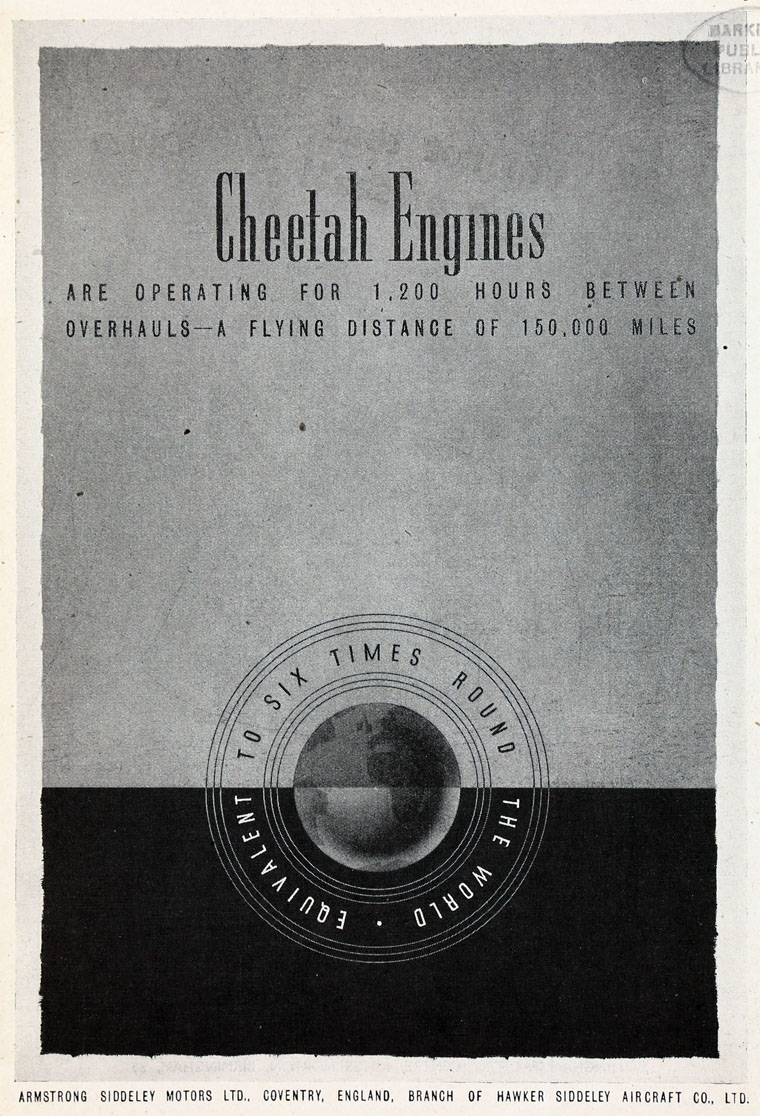 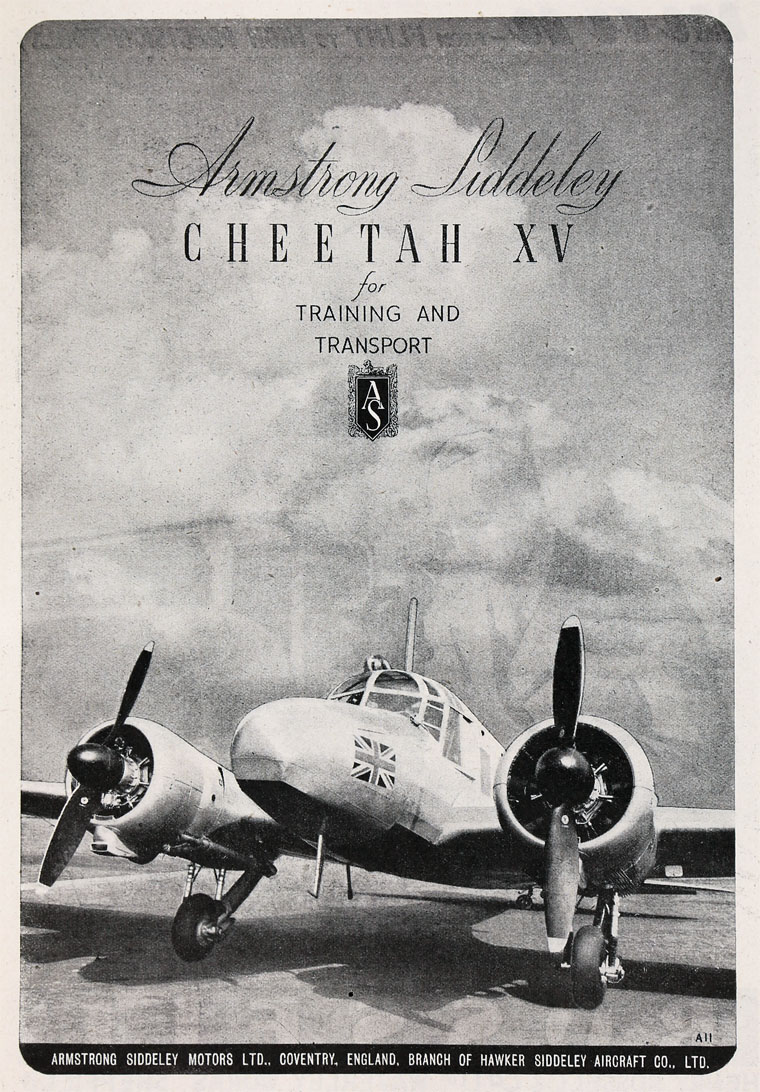 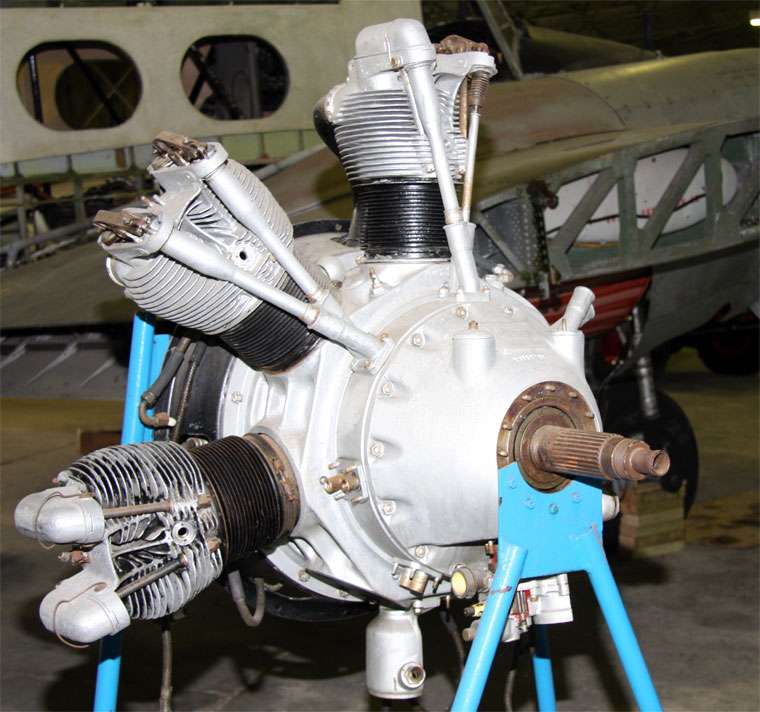 c1960. Cheetah X. Exhibit at the National Museum of Flight. 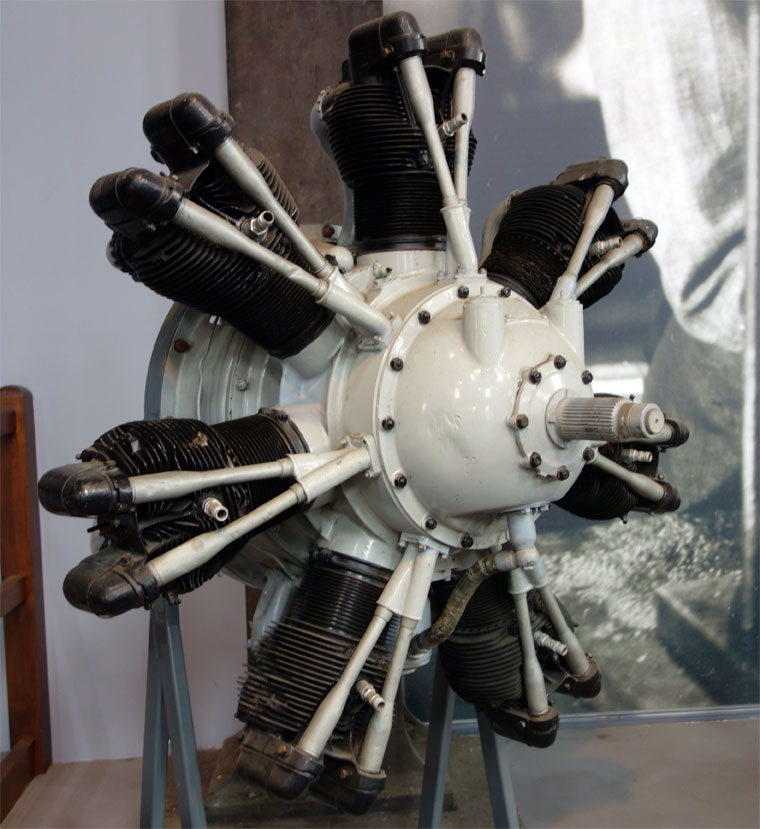 Note: This is a sub-section of Armstrong Siddeley Motors: Aero Engines

The Armstrong Siddeley Cheetah is a seven-cylinder British air-cooled aircraft radial engine of 834 cu in (13.65 L) capacity introduced in 1935 and produced until 1948. Early variants of the Cheetah were initially known as the Lynx Major.

The Cheetah was used to power many British trainer aircraft during World War II including the Avro Anson and Airspeed Oxford.

The Cheetah was developed from the earlier Lynx using the increased bore cylinders from the Armstrong Siddeley Panther but the engine retained the stroke of the Lynx. Initially only direct-drive variants were produced with later engines being made available with propeller reduction gear of various ratios. Superchargers were also available for later variants, both geared and directly driven by the crankshaft.

The basic design of the Cheetah remained unchanged from its introduction in 1935 to the last examples built in 1948. It was the first engine of its type to be certified for 1,200 hours of operational time between overhauls, with over 37,200 examples built