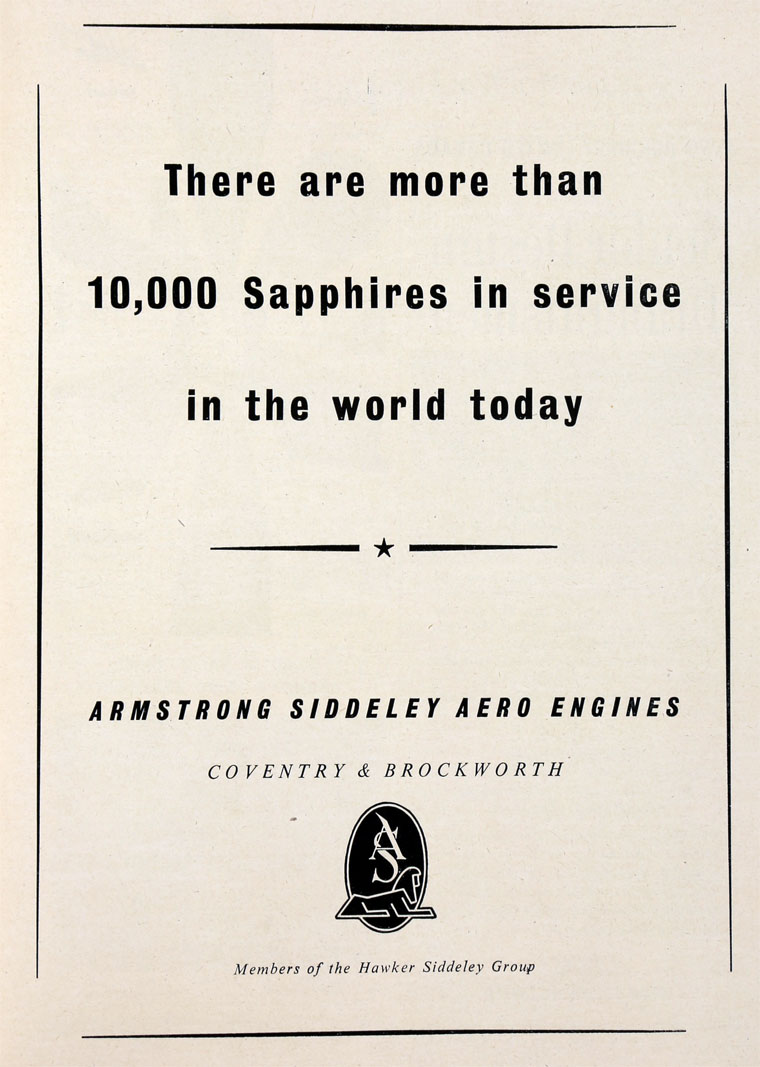 1943 The design of this engine started at Metropolitan-Vickers as an offshoot of the F.2 project to produce larger designs, the F2/4, as well as the much larger F.9 Sapphire.

1947 Metrovick left the jet engine industry, with some of their design team moving to Armstrong Siddeley which had a turbine development of their own, the ASX, but this was primarily focused on turboprops.

1948 F.9, now renamed the ASSa.5, was first run on 1 October 1948. Initially it developed about 7,500 lbf (33 kN), more than its competitor from Rolls-Royce, the Avon. A number of companies expressed interest in the F.9, and it was considered as either the main or backup powerplant for many late-40s/early-50s British aircraft designs.

It was used on the English Electric P.1.A, prototype of the Lightning, but it was not a happy fit.

Variants with increasing power were developed and tested in aircraft. Afterburners, but of limited performance, were also added

Curtiss-Wright purchased a licence for the Sapphire in 1950, with plans for production in 1951 but a series of delays led to its introduction slipping a full two years, by which point the Pratt & Whitney J57 was on the market and took many of its potential sales.