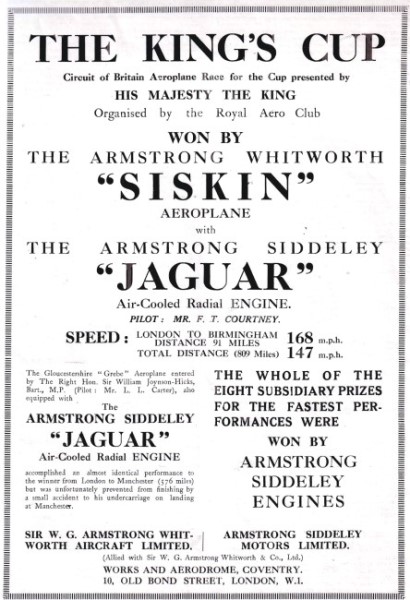 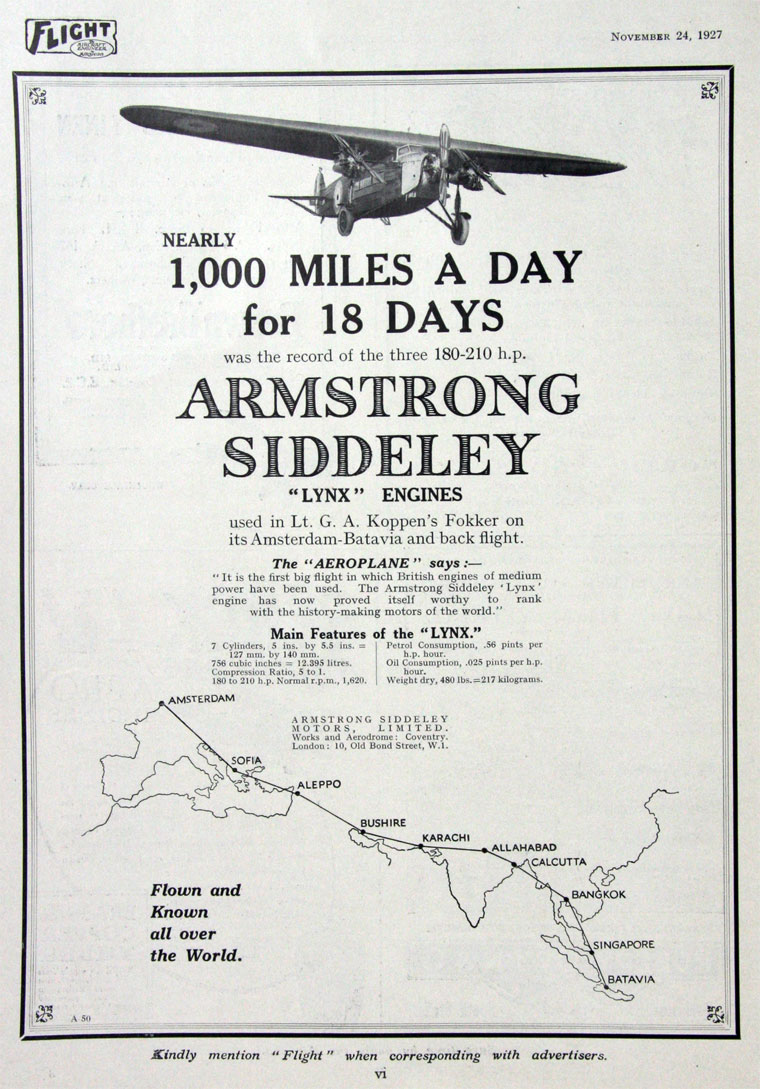 1919 Company formed by Armstrong Whitworth to acquire securities and carry on the work of ironfounders, engineers, manufacturers of implements, tools, brass founders, iron and steel converters and electrical engineers[1].

1922 It is not clear at what stage the shares were listed on the London Stock Exchange but certainly by this date they were quoted.

1927 Sale of most of the holding in Crompton and Co. Merger of Crompton and Co with F. and A. Parkinson, a private company, which would be effected by Crompton purchasing the issued share capital of Parkinson[6].

1928 Purchased the shares in A. V. Roe and Co that were held by Crossley Motors as a controlling interest[7].

1929 Continued profitability but capital needed for development so no dividend paid. Subsidiary companies included A. V. Roe and Co[8].

1935 Hawker Aircraft Ltd purchased Armstrong Siddeley Development Co and then sold the shares and 50% of the shares in Hawker Aircraft to a new company, Hawker Siddeley Aircraft Co Ltd, which had been formed as a public company for the purpose of combining the 2 largest UK aircraft manufacturers[9]. The companies acquired included the automotive and engine builder Armstrong Siddeley, the aircraft manufacturer Sir W. G. Armstrong Whitworth Aircraft, A. V. Roe and Co (Avro) and Air Training Services. The constituent companies continued to produce their own aircraft designs under their own name as well as sharing manufacturing throughout the group. The aviation pioneer Sir Thomas Sopwith became chairman of the new company and of Armstrong Siddeley Motors.