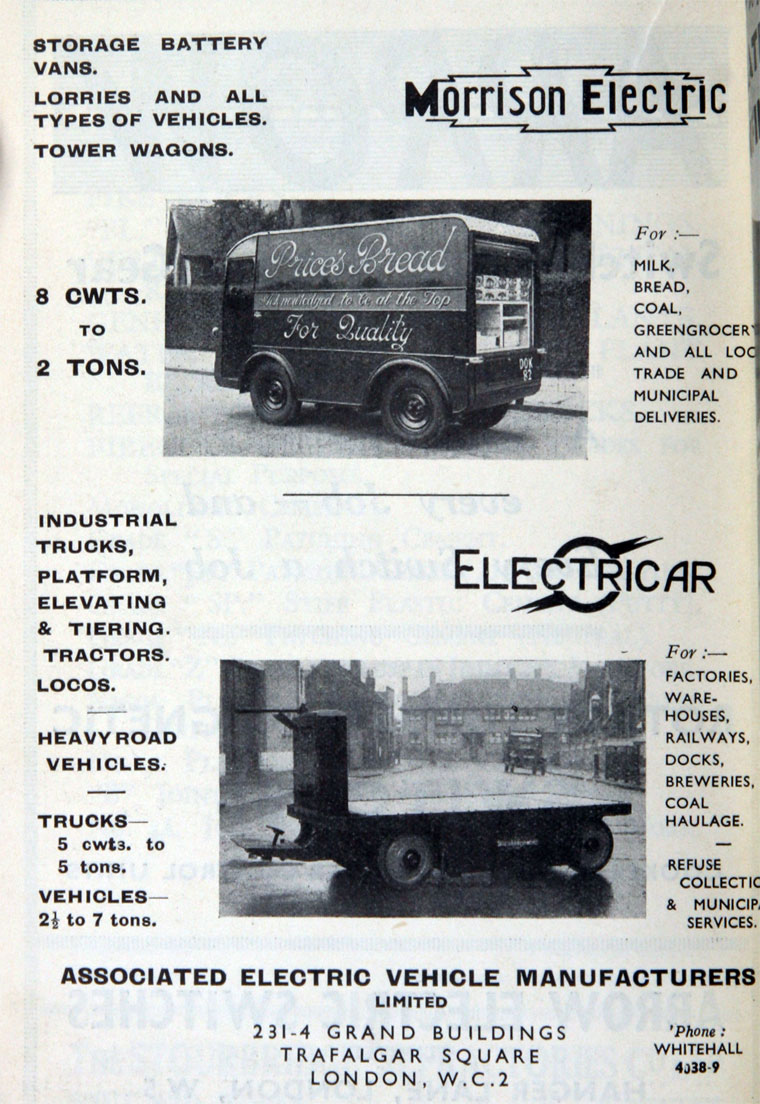 1936 Young Accumulator Co formed Associated Electric Vehicle Manufacturers Ltd, a private company in which the company held a large interest, for the purposes of acquiring 2 electric vehicle manufacturers (Electricars of Birmingham and A. E. Morrison and Sons of Leicester) who made 70% (by value) of UK production of such vehicles; both were customers of Young's for traction batteries[1].