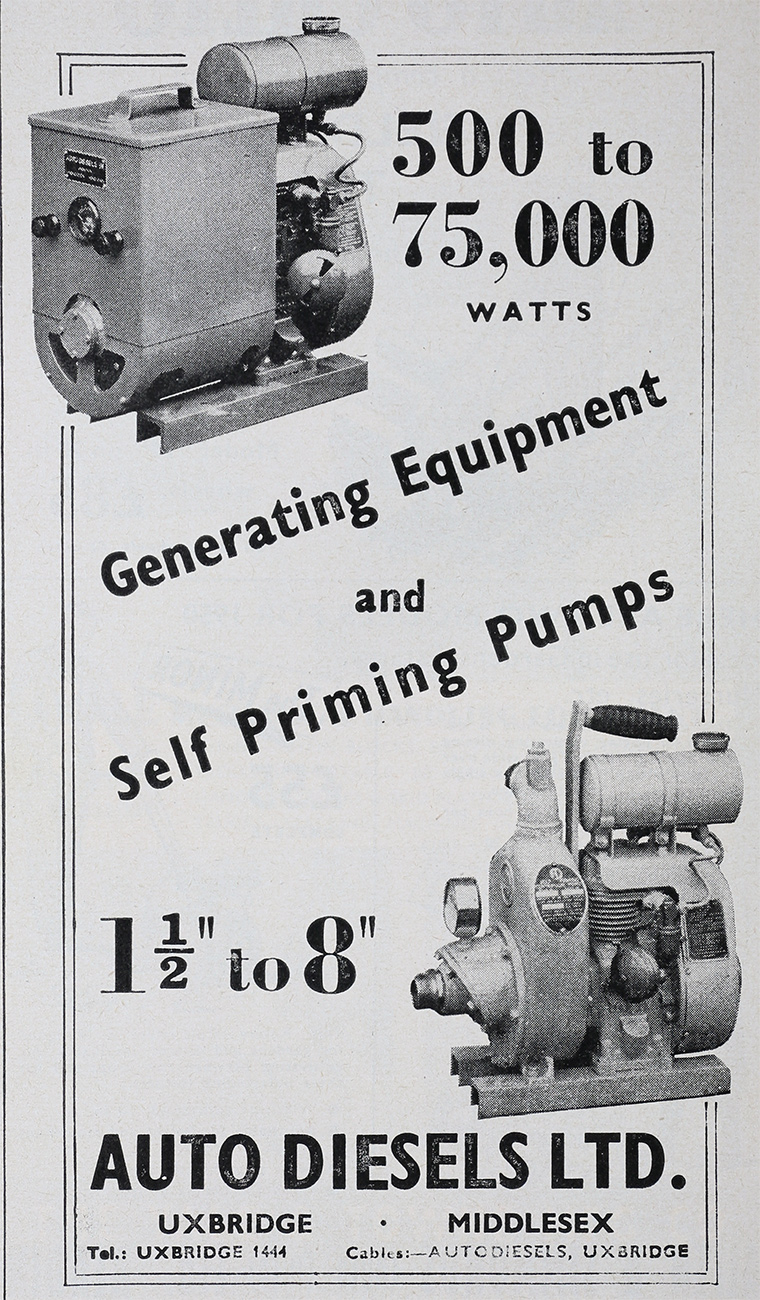 1958 The agreement with Standard covered all piston engines for stationary uses worldwide, and for gas turbines in the UK[5]

By 1961 was part of the Braby of Britain Group

1970 Auto Diesels Braby introduced a 250 hp gas turbine for industrial use; said to be the first made in Britain for this application[9]

1970 Braby was acquired by the Economic Group