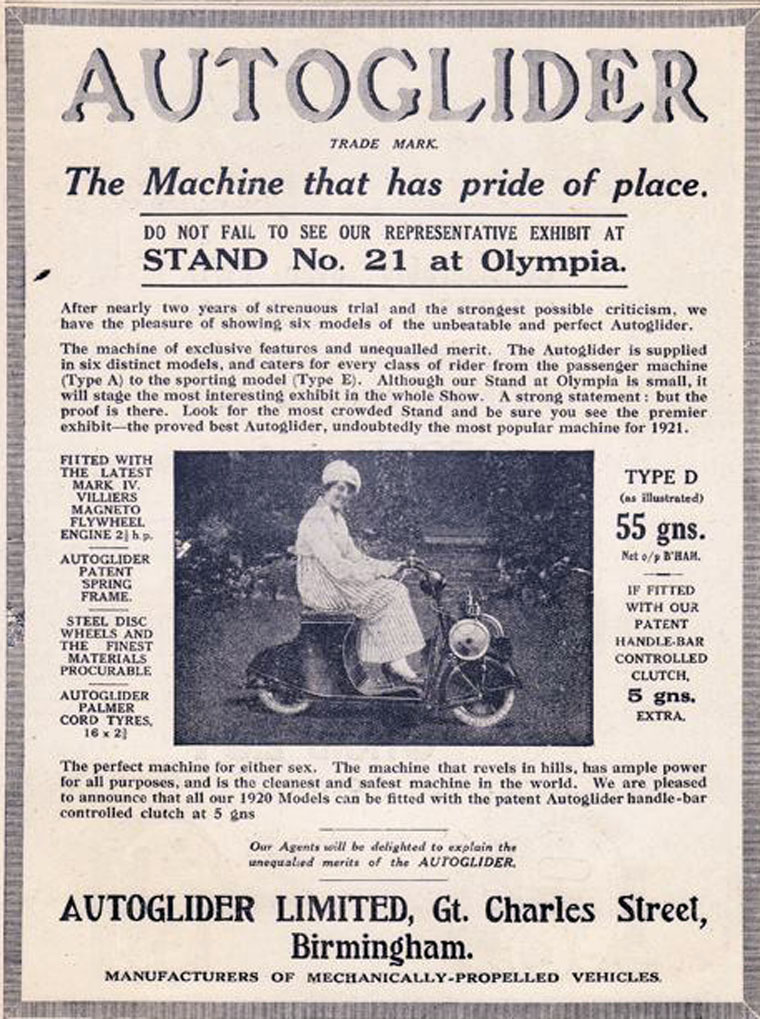 Autogliders were motorcycles produced from 1919 to 1921.

1919. First Autogliders built. The Autoglider was actually a scooter. They first appeared after World War I and required the rider to travel standing up. The engine was a 292cc Villiers or 269cc Union mounted above the front wheel. The platform was on small disc wheels and the handlebars were carried by a long twin-tube extension, with the cylindrical fuel tank fitted between them. Later models had a seat and lower handlebars with the fuel tank set between them.