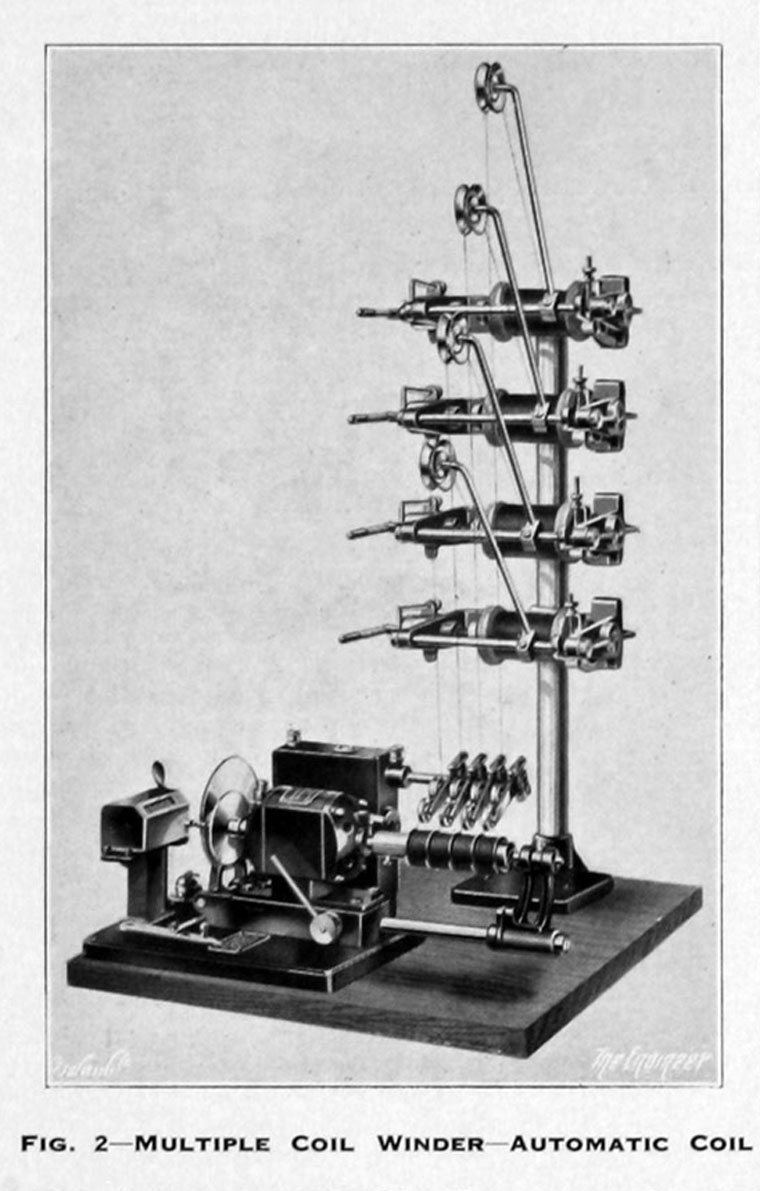 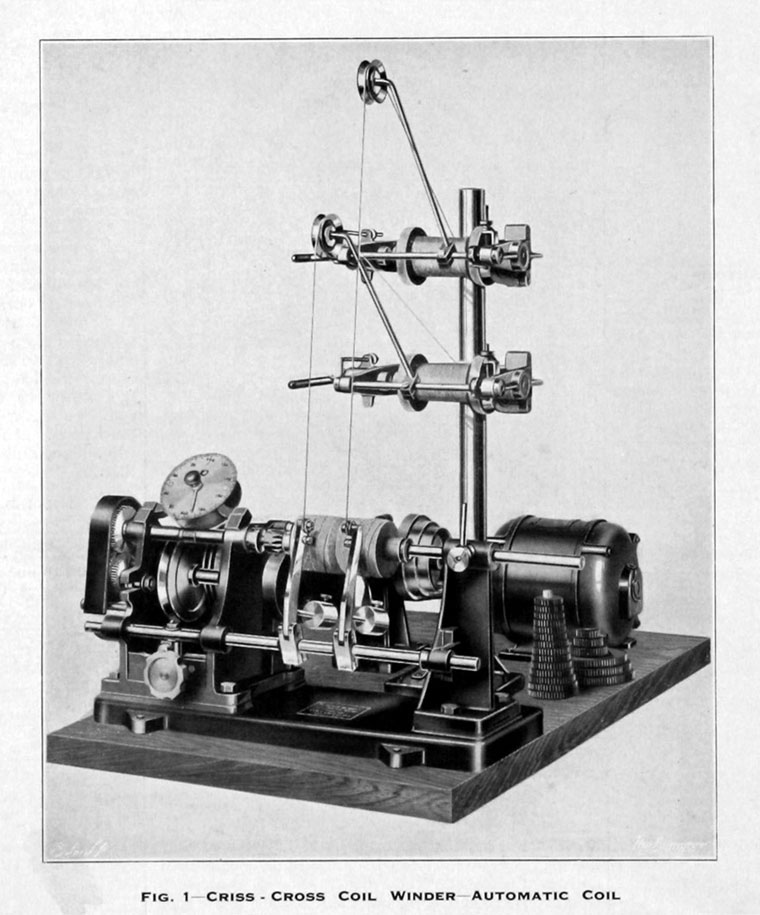 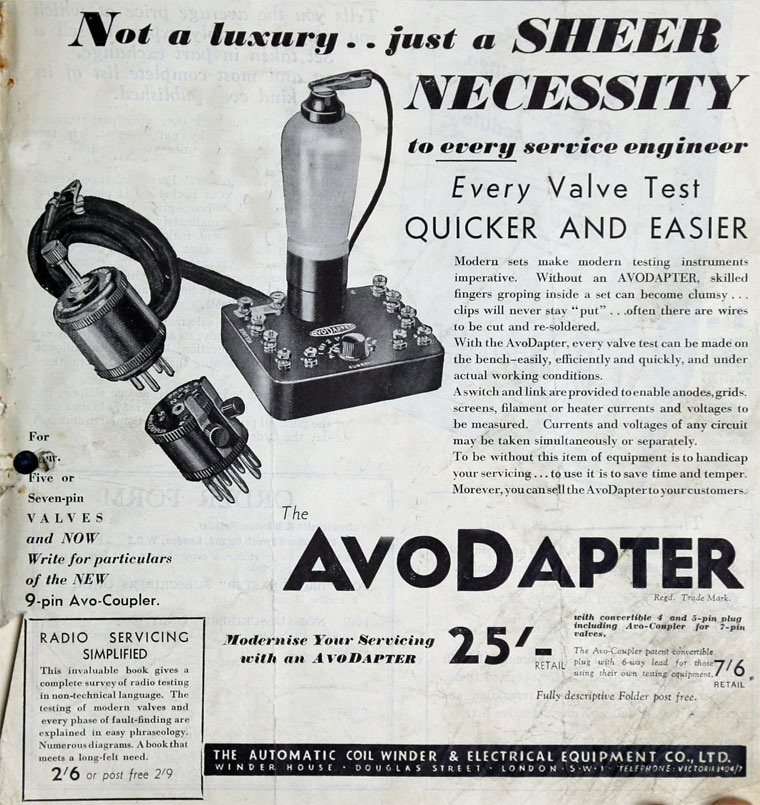 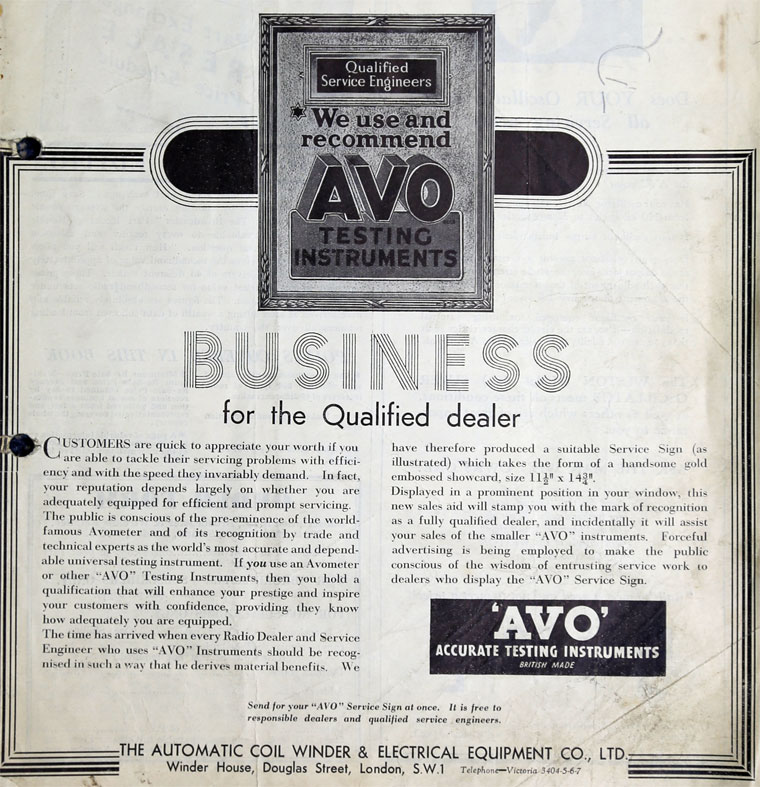 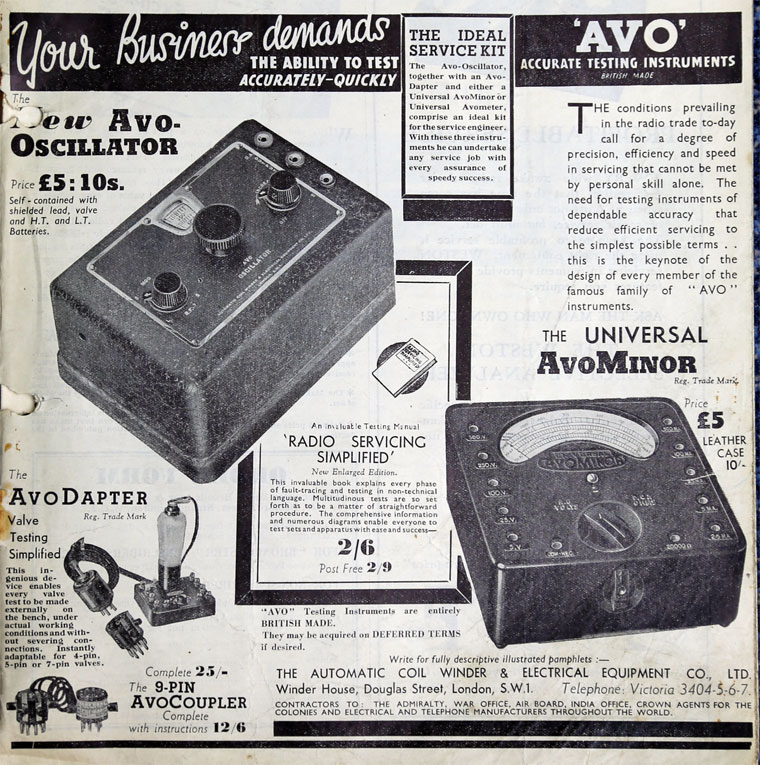 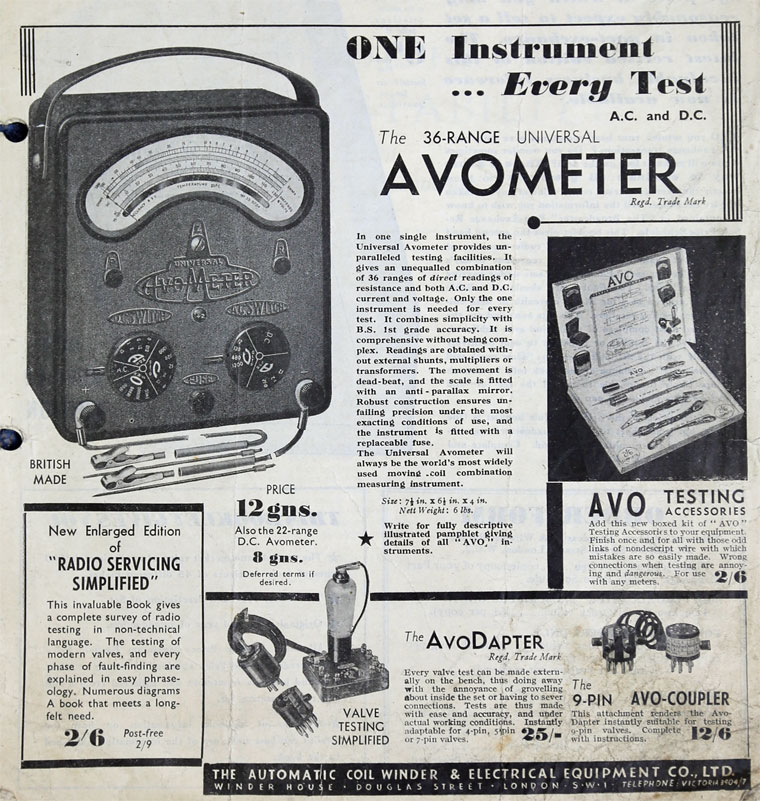 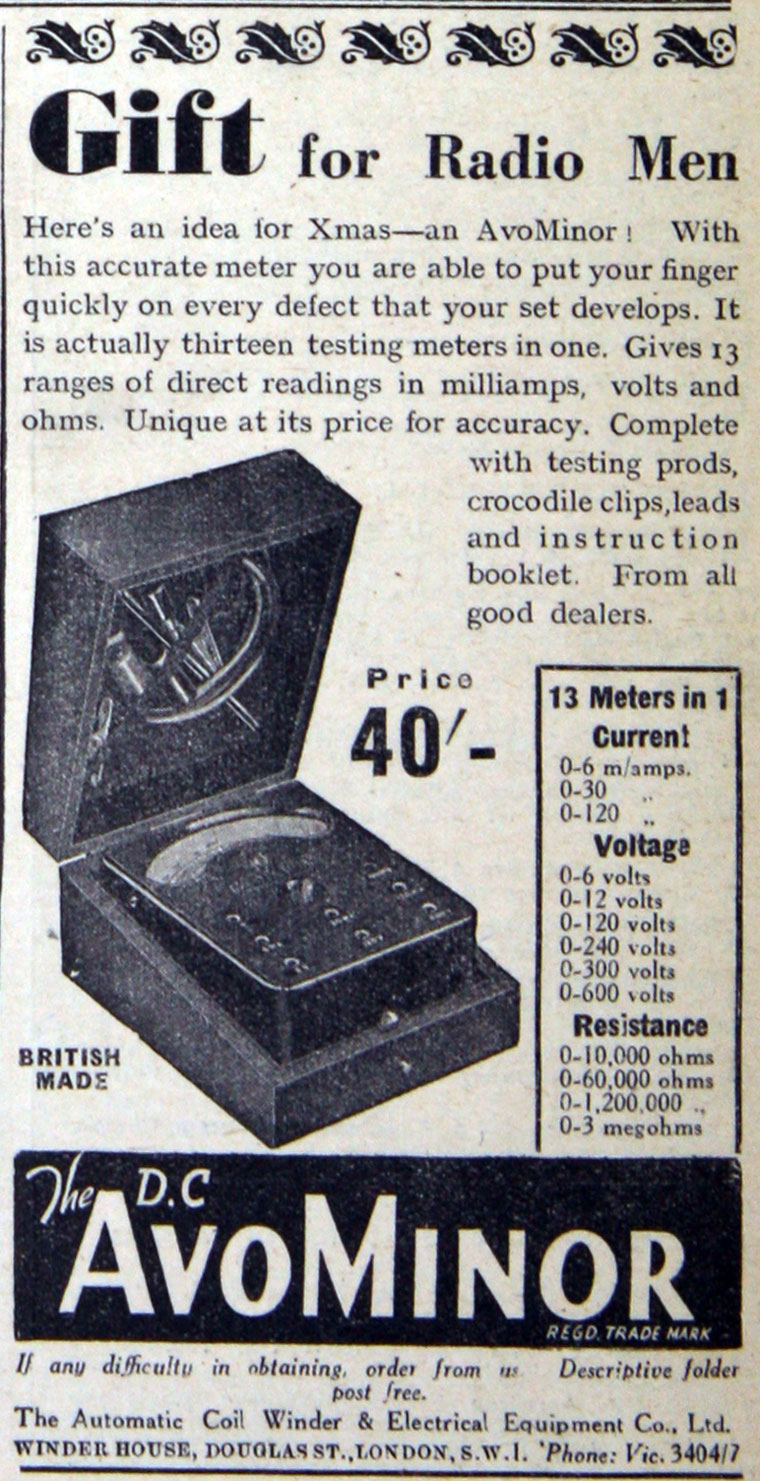 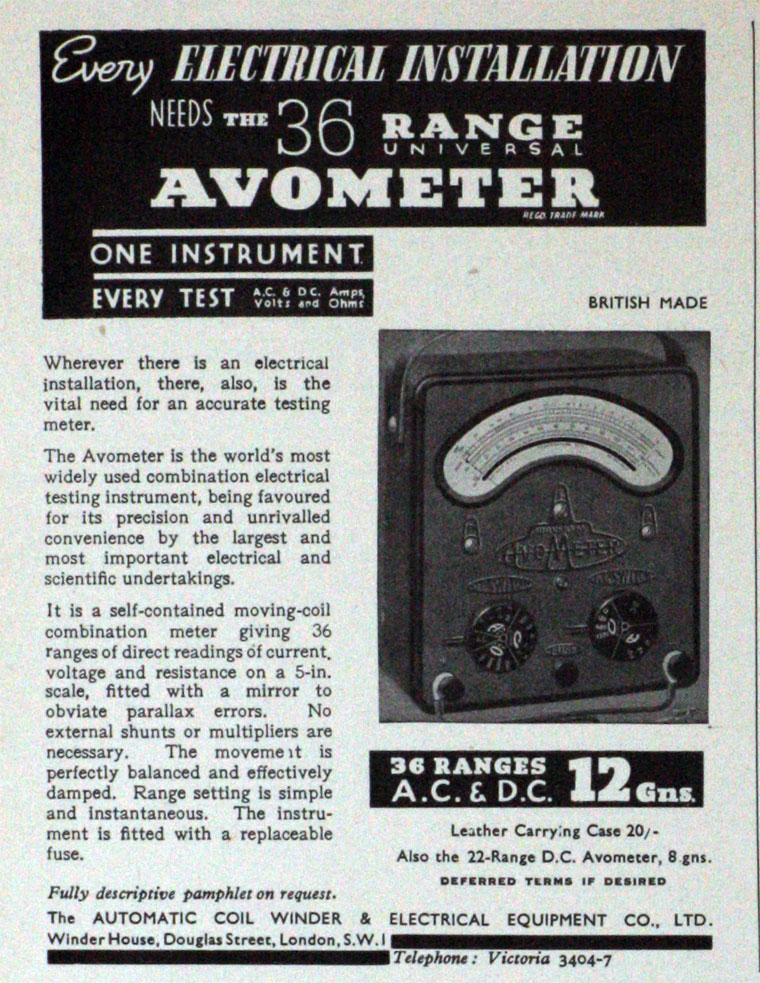 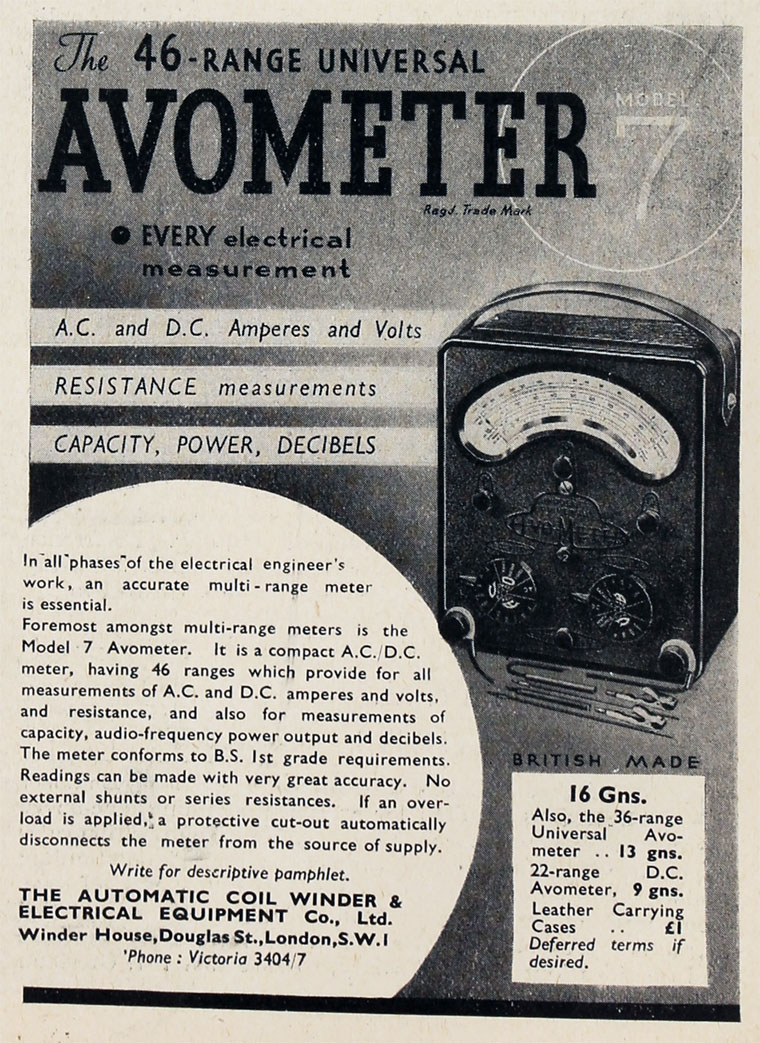 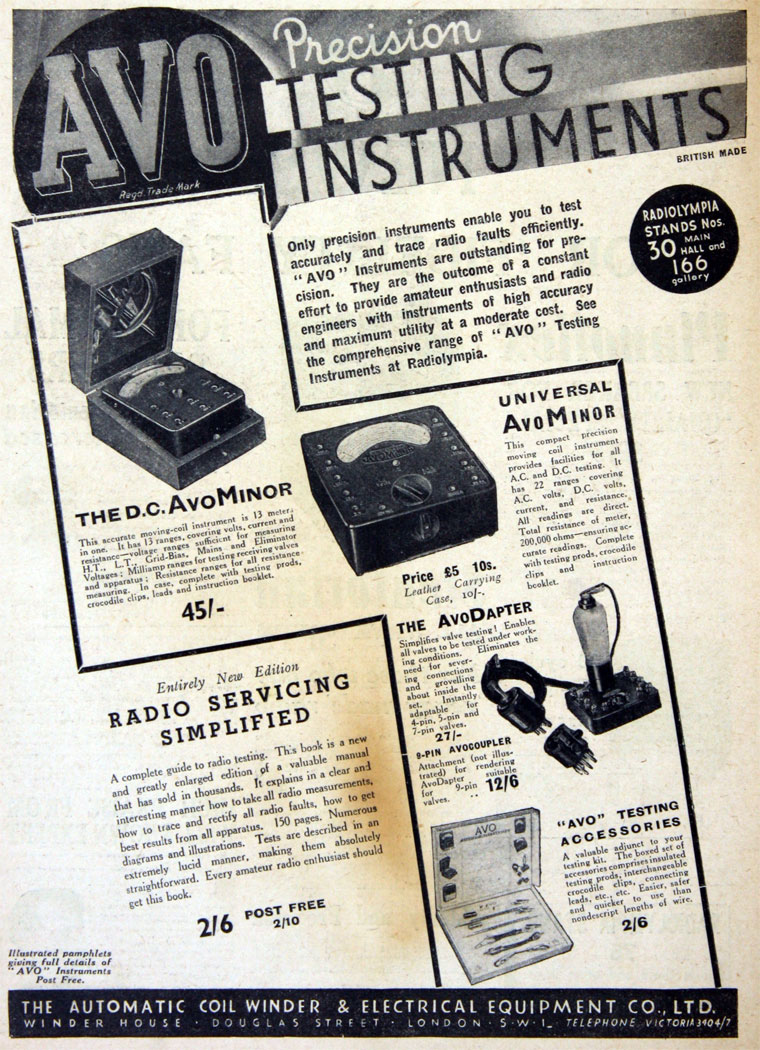 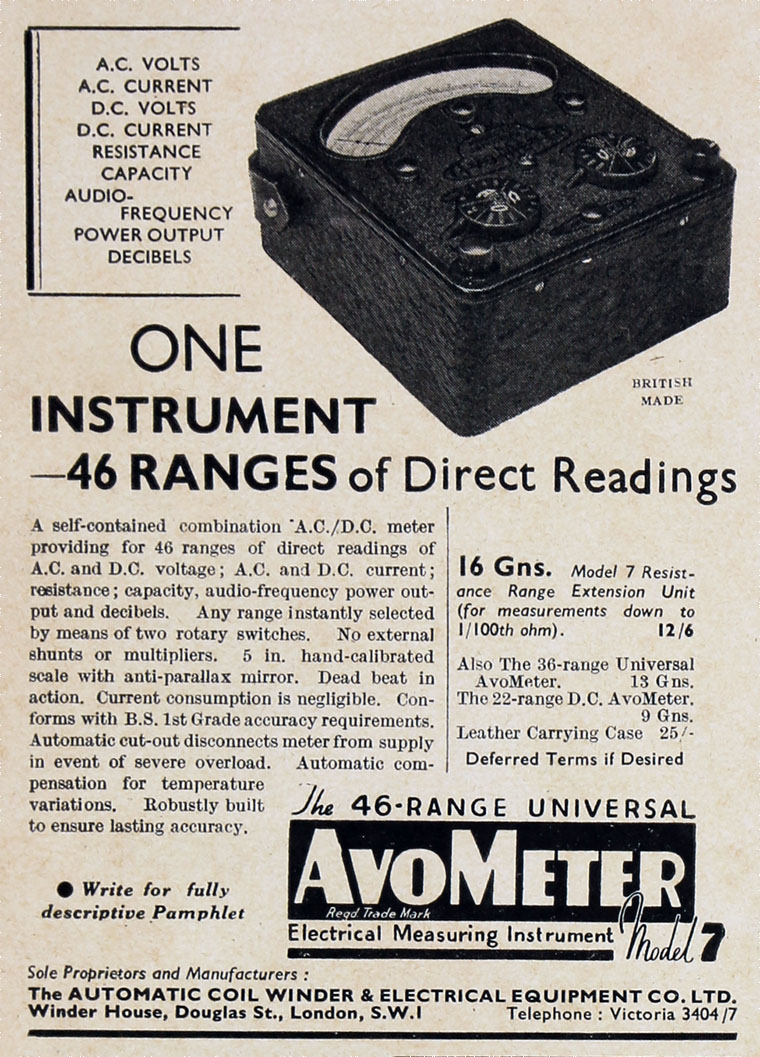 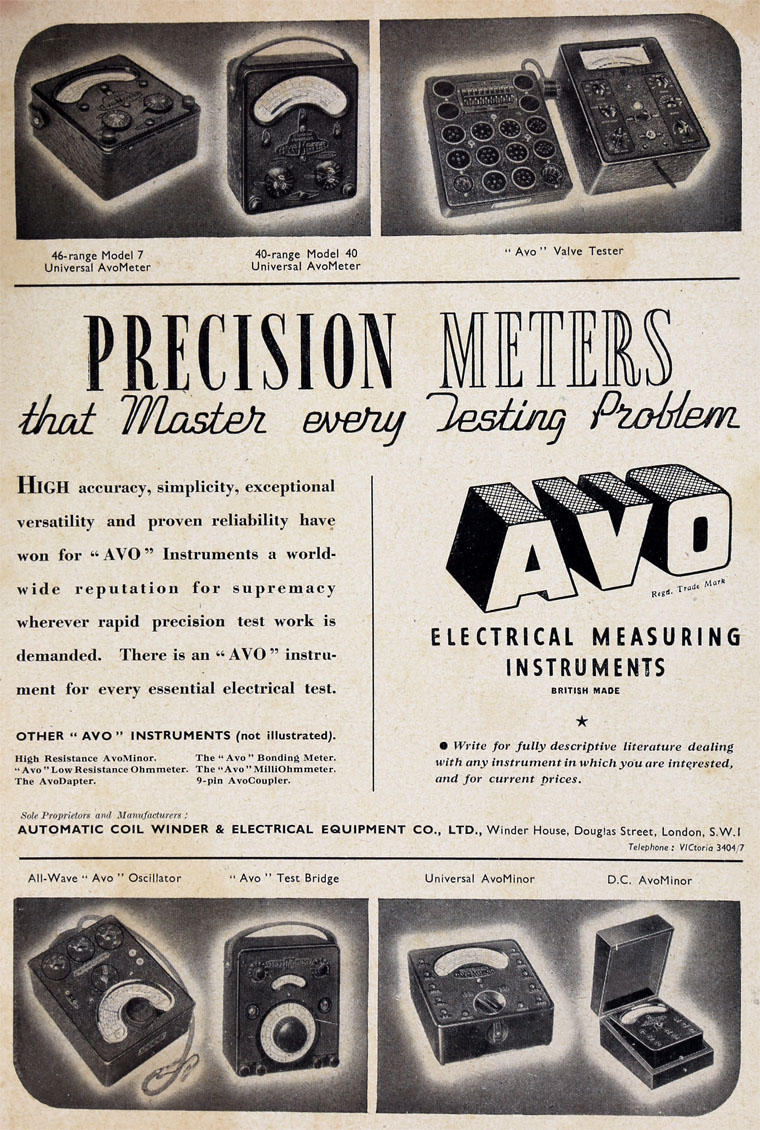 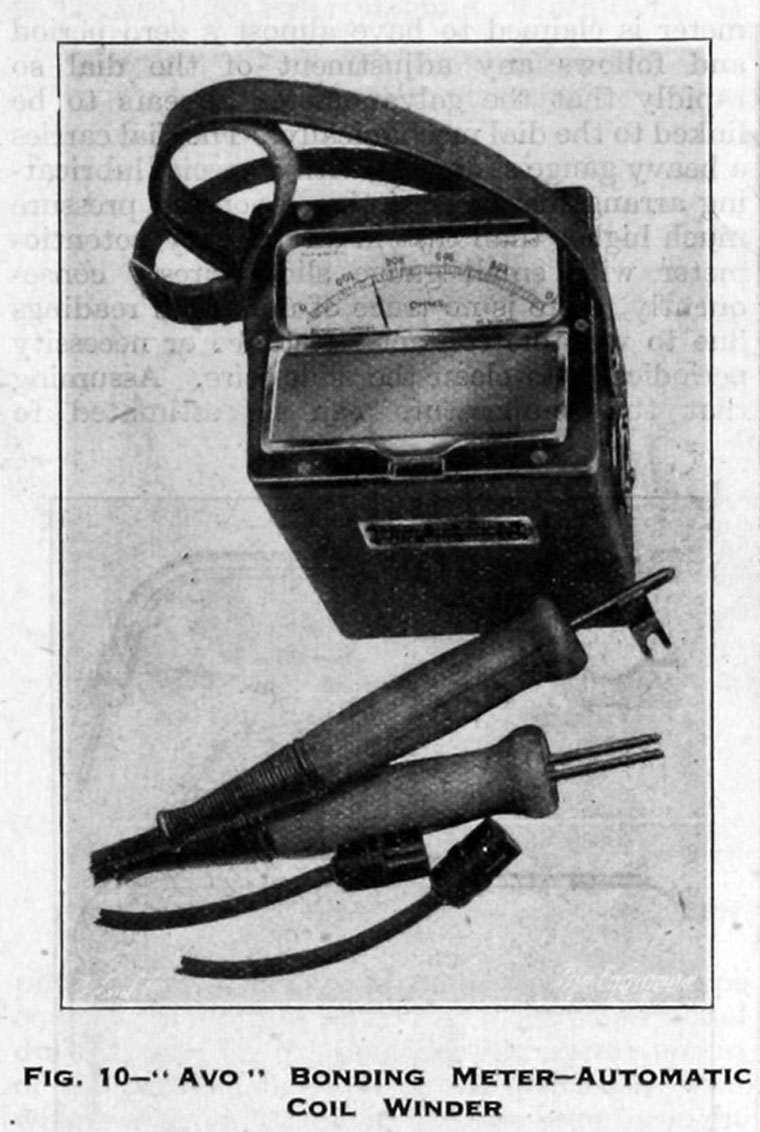 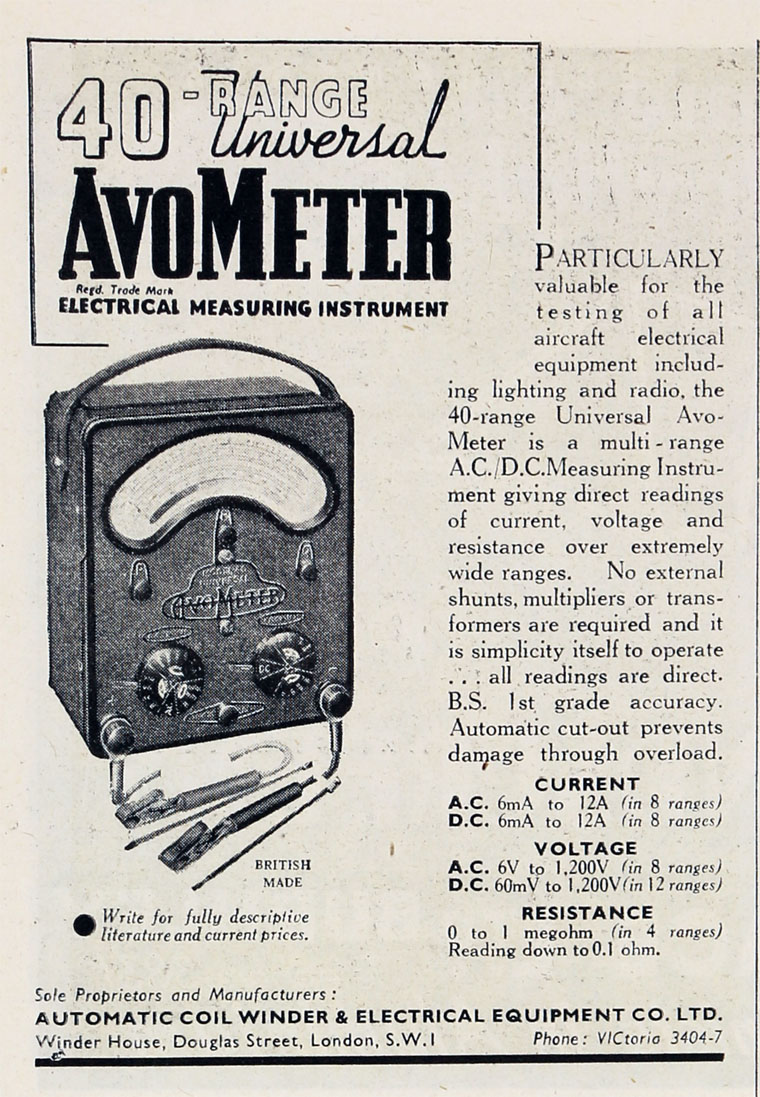 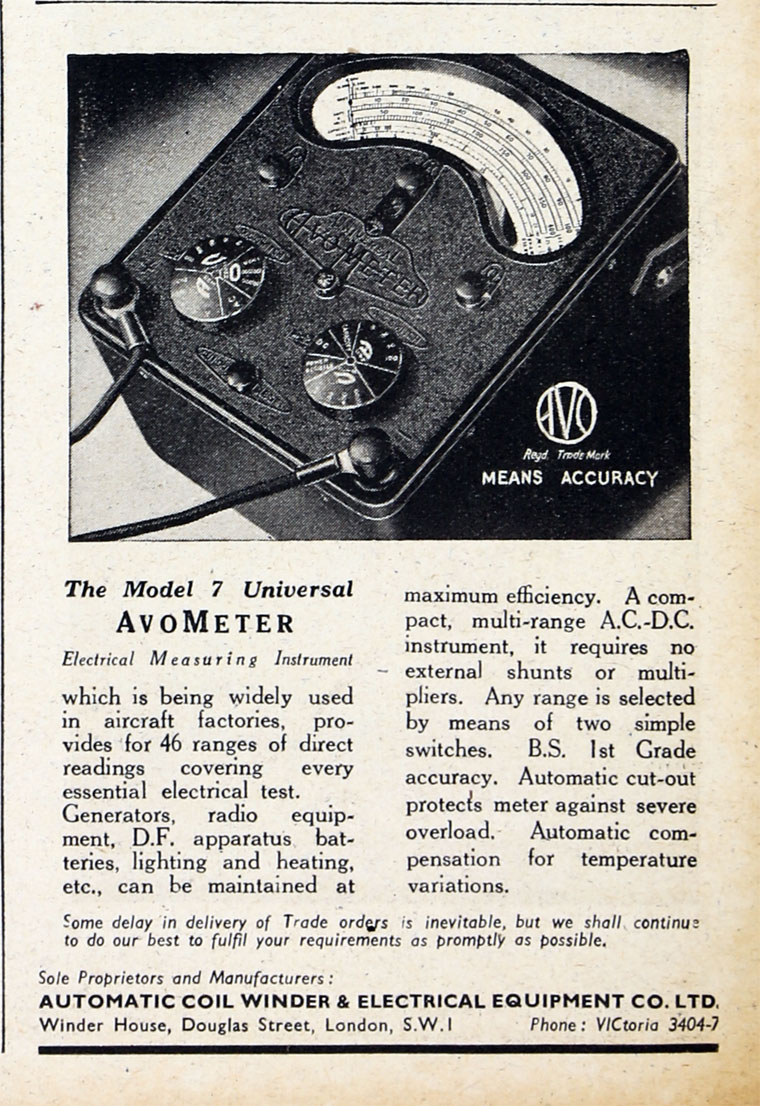 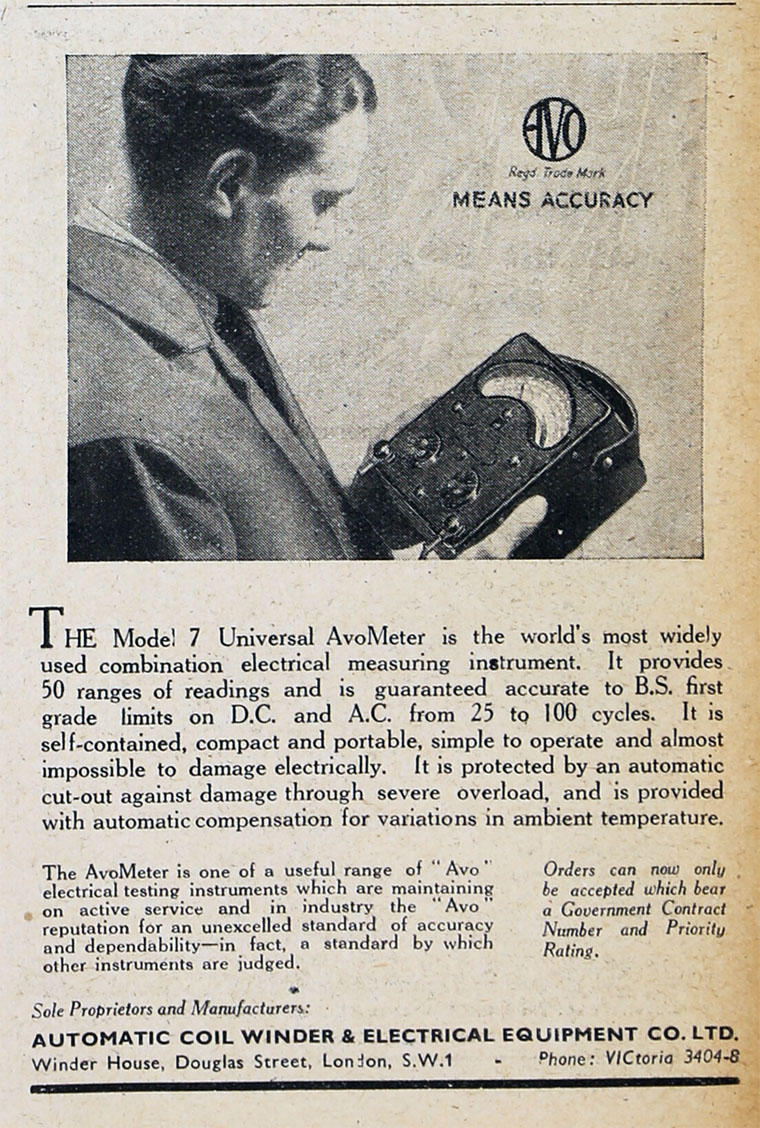 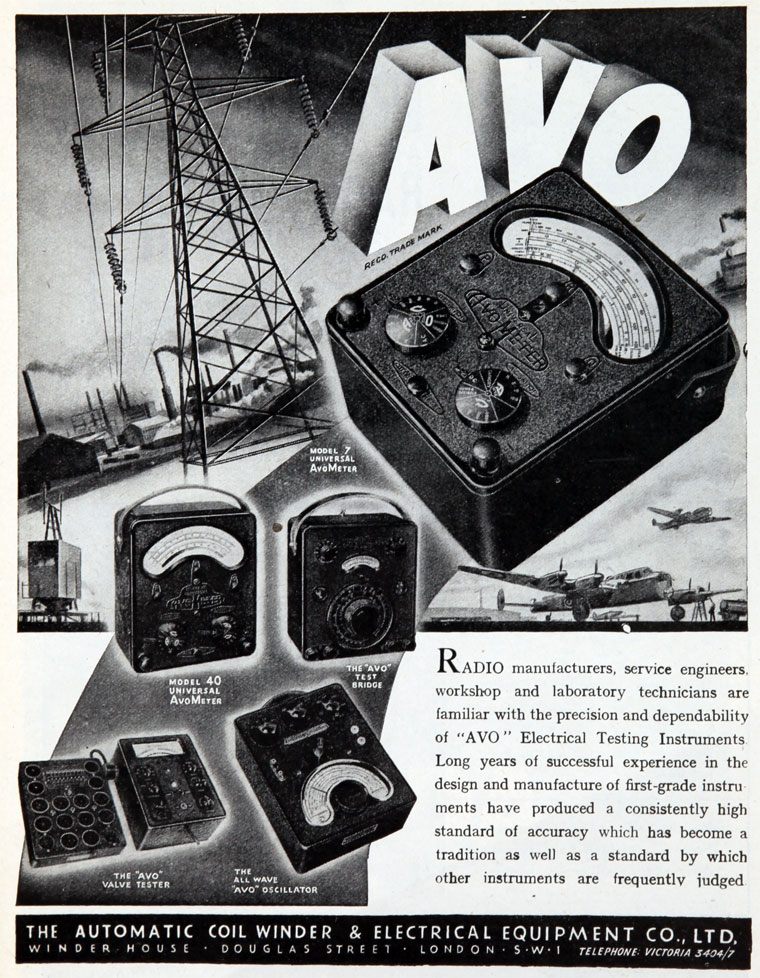 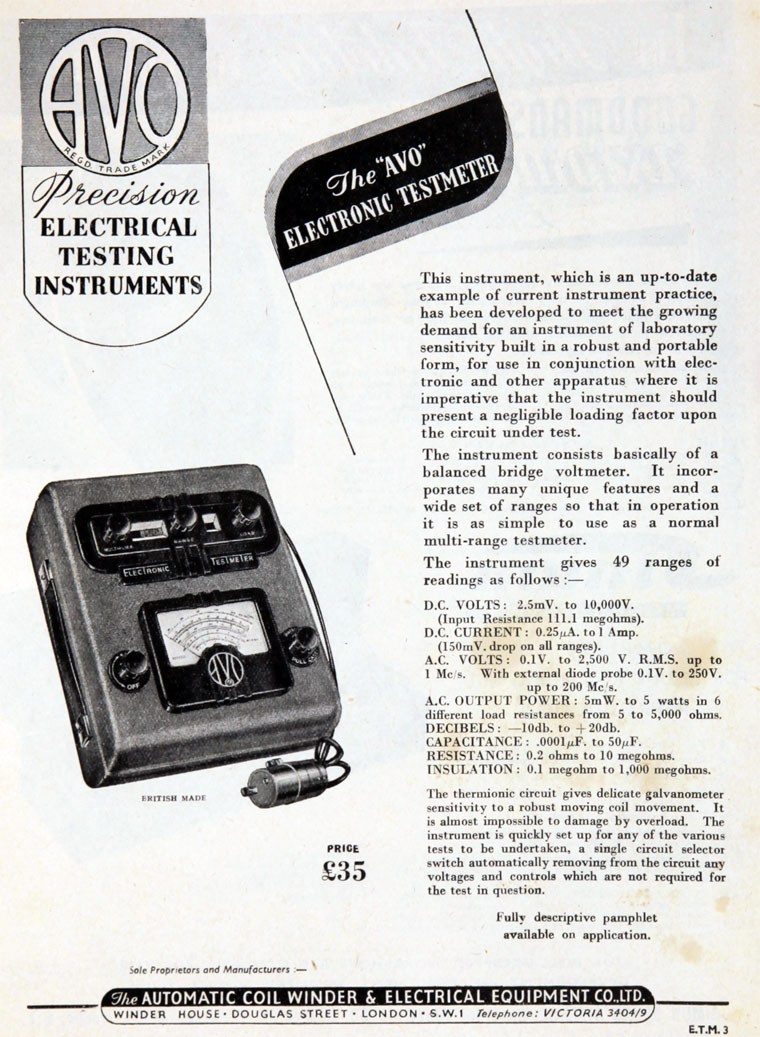 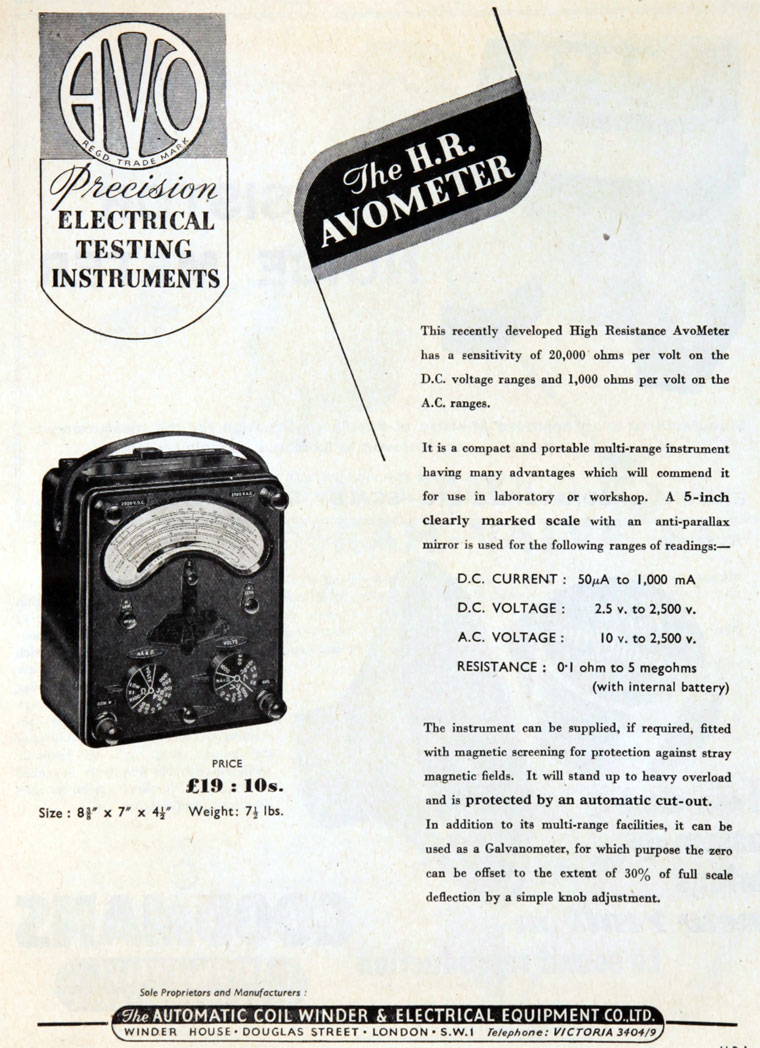 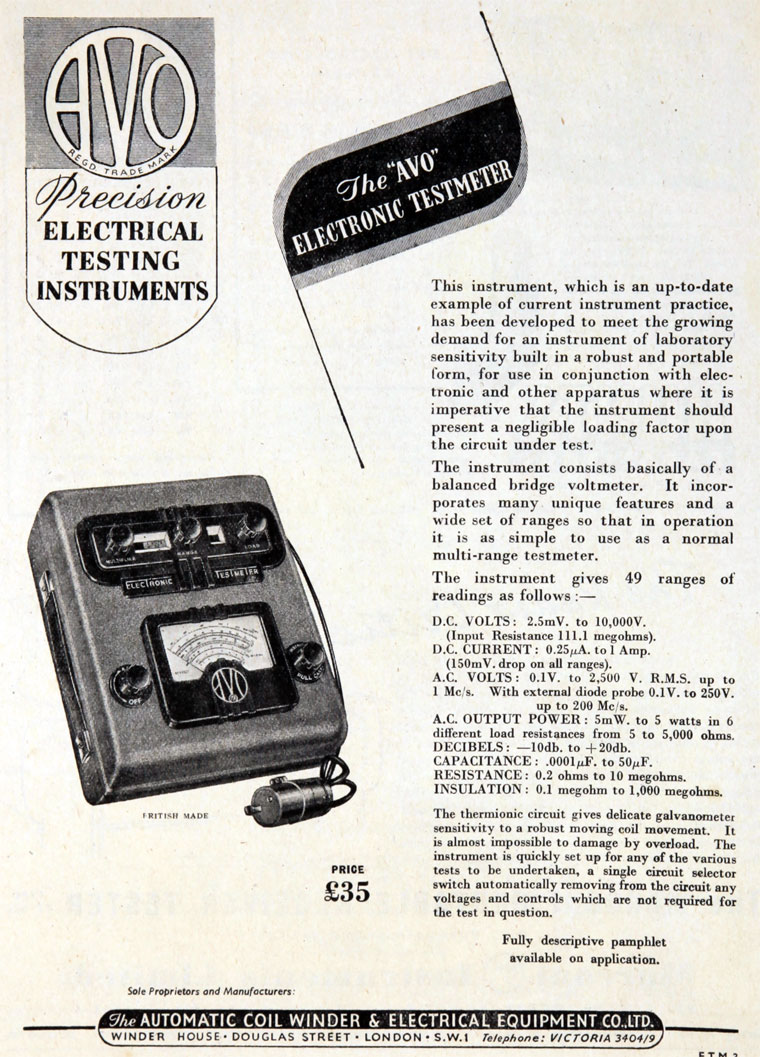 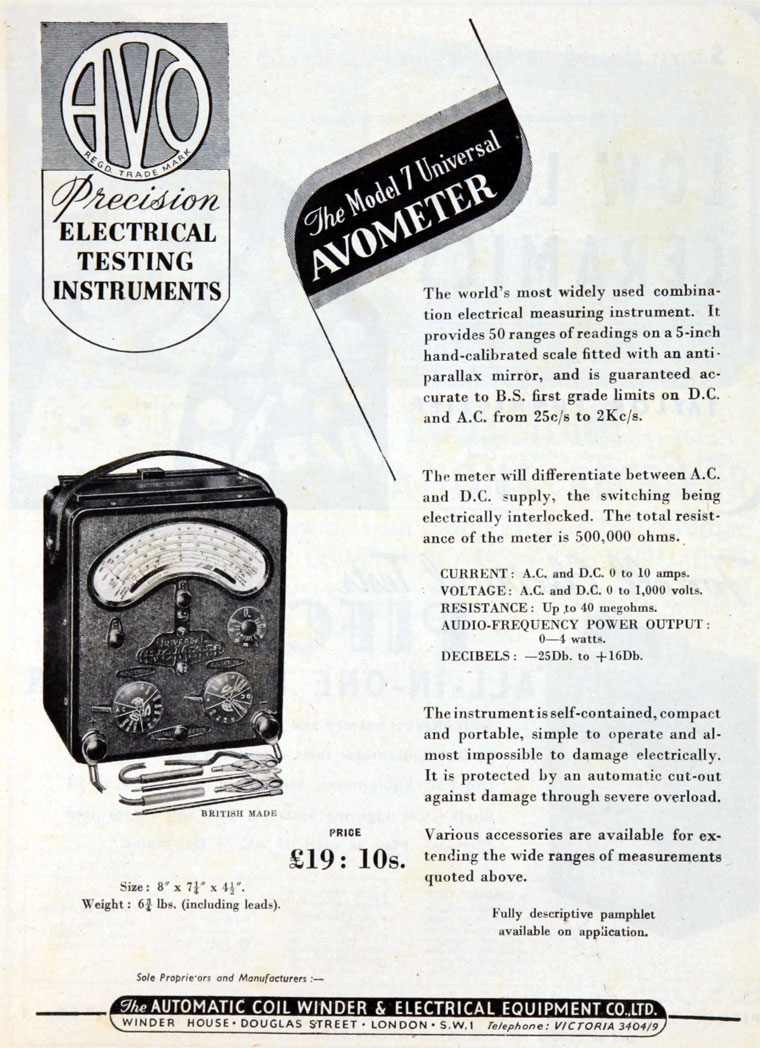 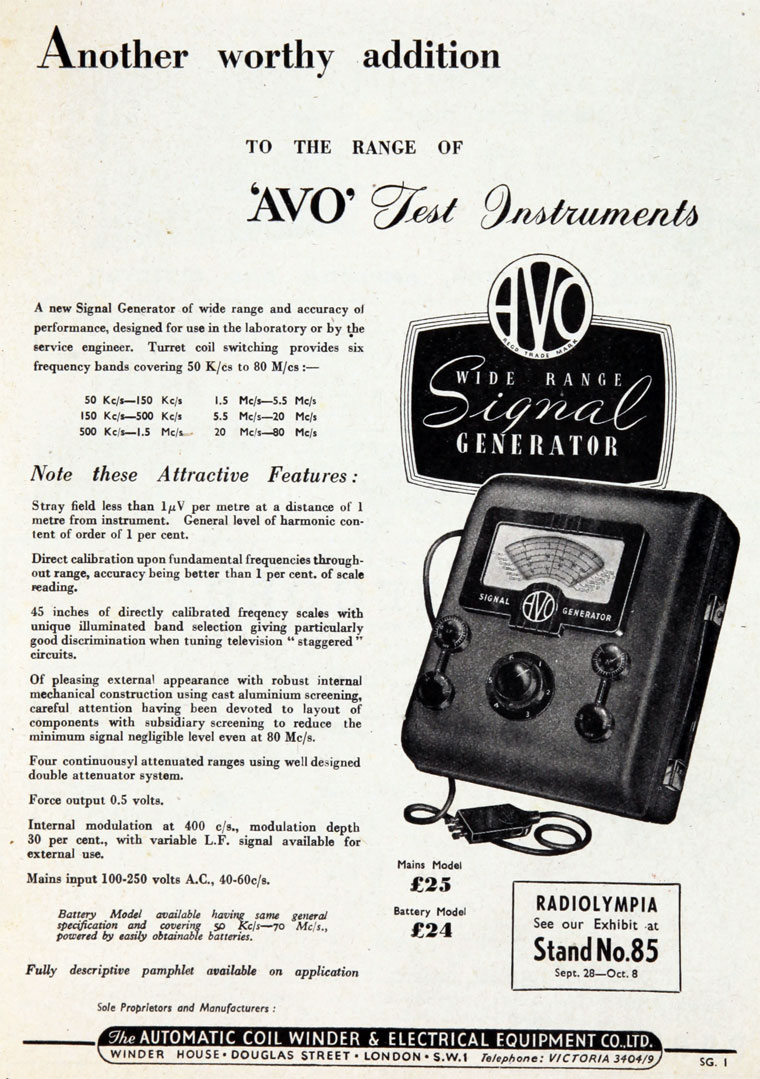 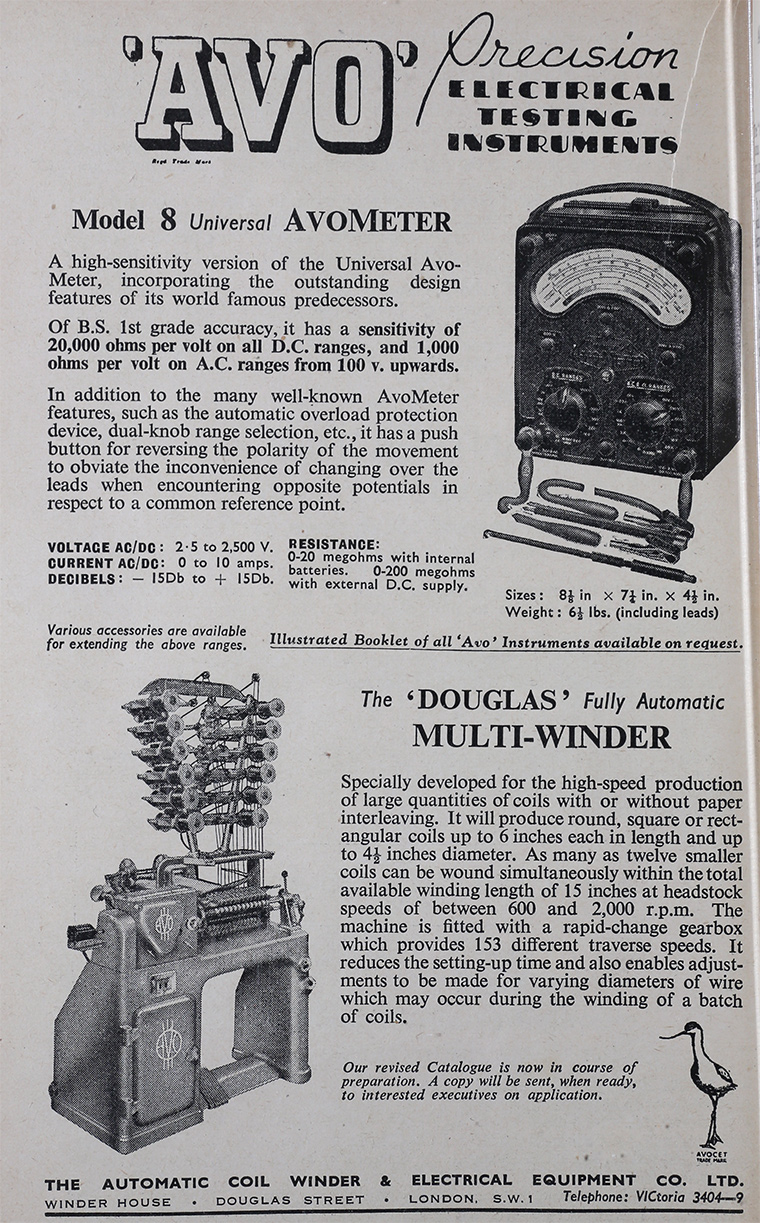 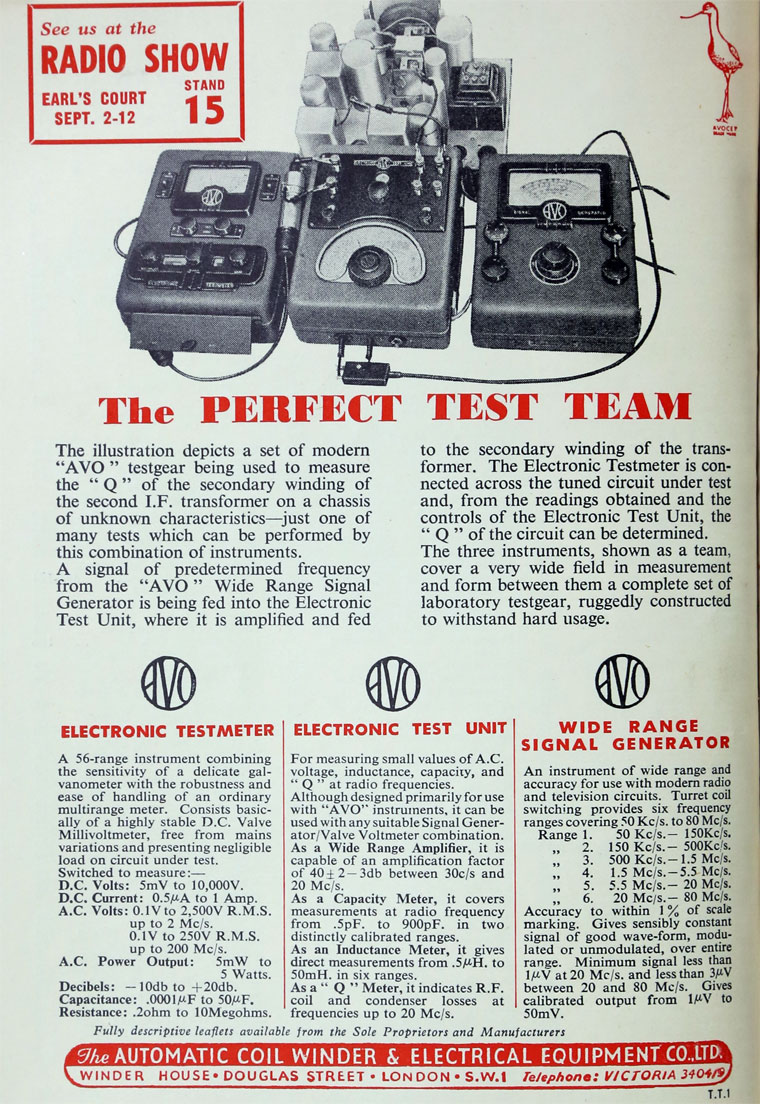 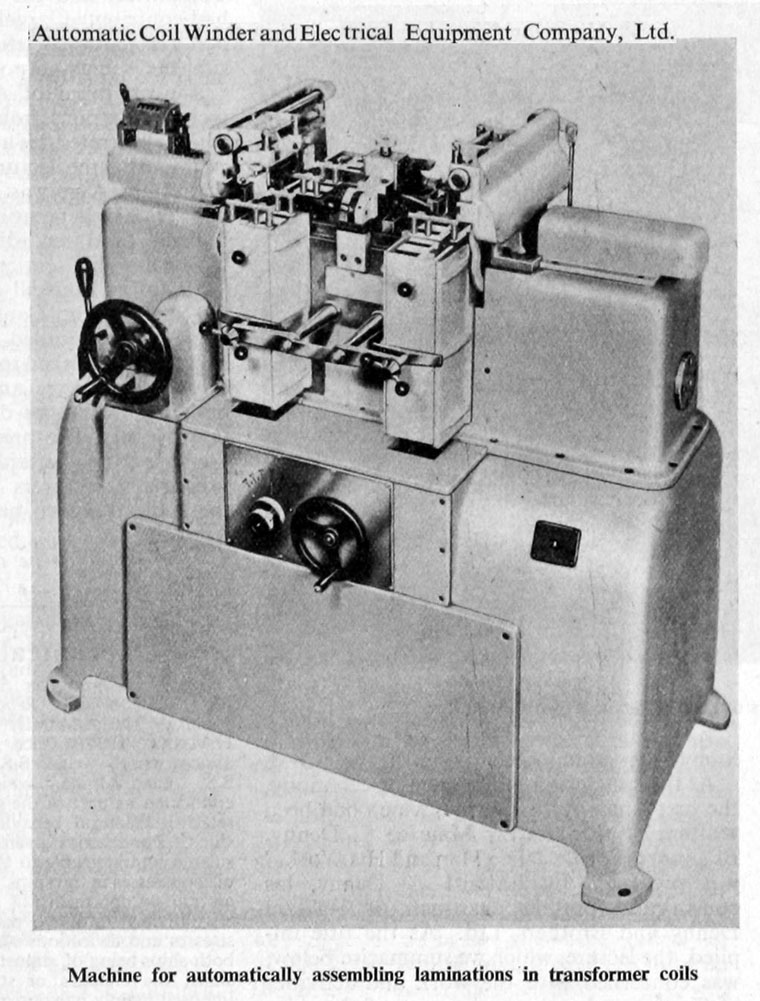 Donald Macadie, a Post Office engineer, dissatisfied with having to carry many separate instruments, invented a meter that could measure Amps, Volts and Ohms - the multifunction meter was named AVO. Macadie took his idea to the Automatic Coil Winder and Electrical Equipment Co. The first AVO was put on sale in 1923, initially a DC-only instrument. Many of its features remained almost unaltered right through to the last AVO Model 8.