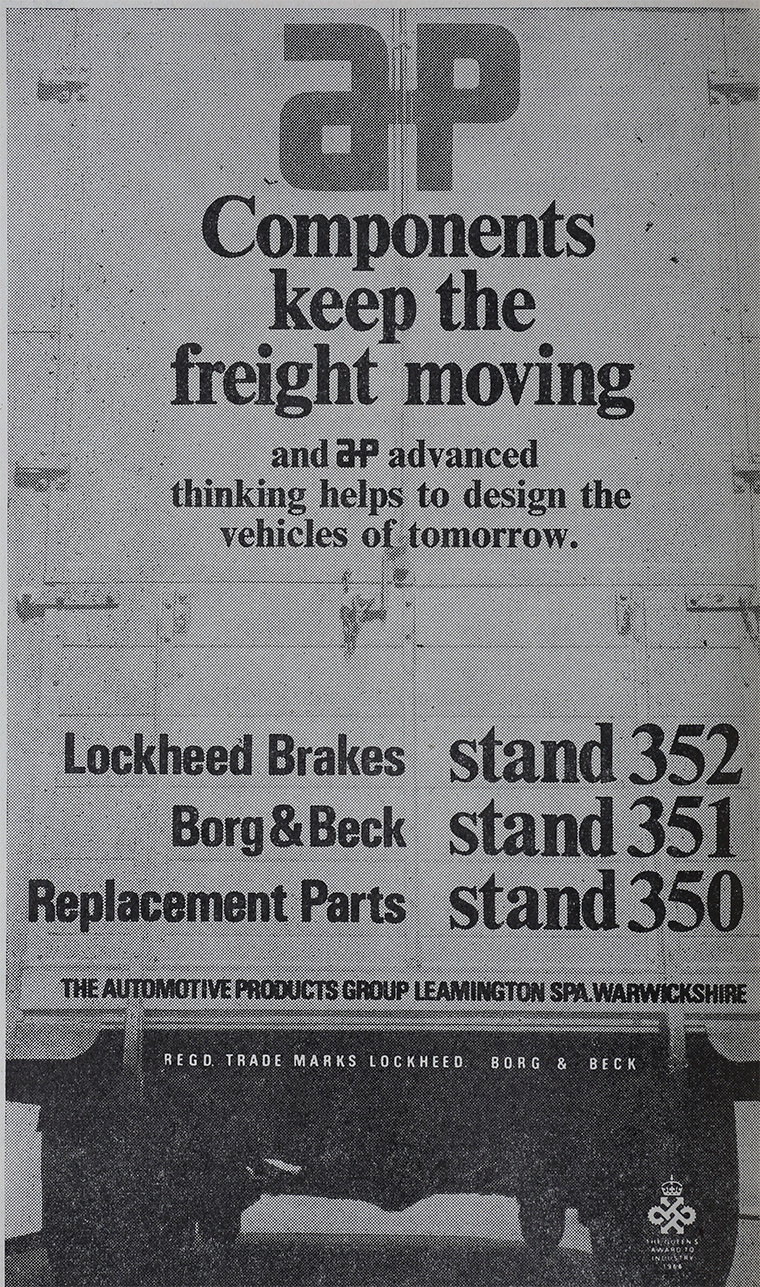 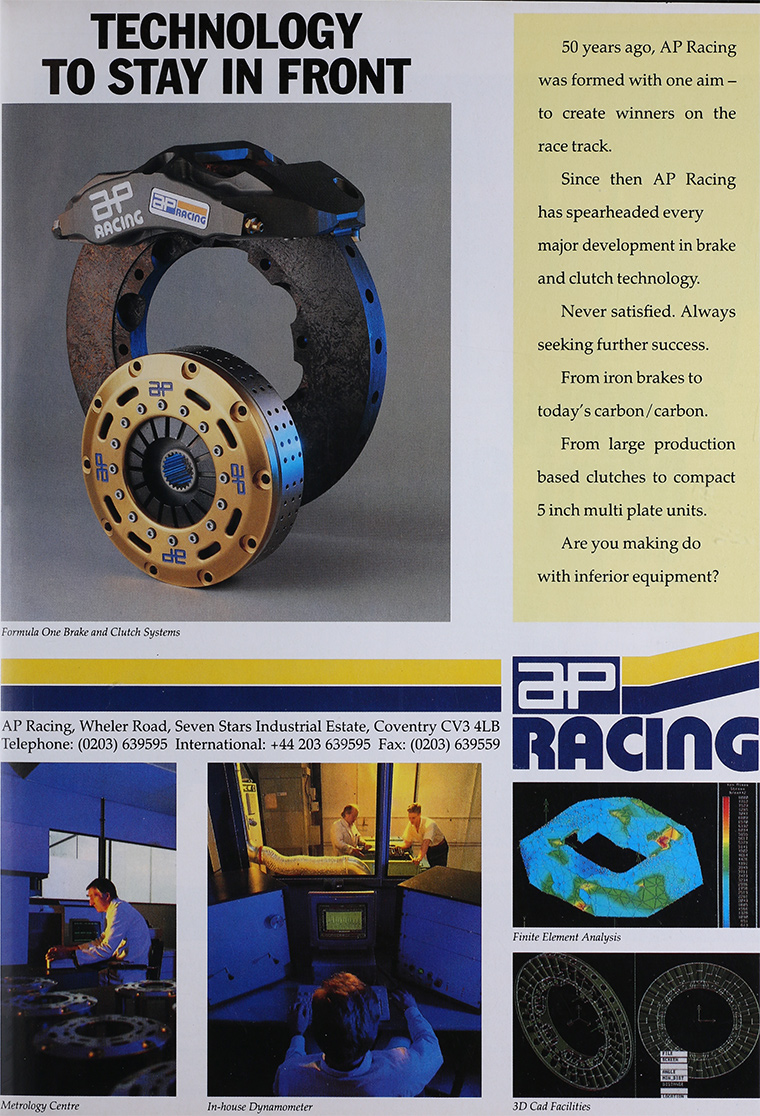 1966 The Automotive Products Group was known as AP. It supplied[3]:

1980 Exhibitors at the Motor Show included:

1982 After a period of improved performance, AP, maker of vehicle and aircraft equipment, returned to losses in the first half of the year[6]

Losses continued and the company in Britain shrank, although some of the overseas subsidiaries picked up business with their local car manufacturers.

1986 Acquired by BBA Group in an agreed bid. The Preference shares continued to be traded on the Stock Exchange.

1989 The business had returned to profit, particularly the aviation hydraulics part of the business which continued to perform strongly[7]

1995 BBA sold its car brake and clutch division to its management. Would also sell the aircraft undercarriage business if it received a high enough offer. The company had 4 subsidiaries including AP Racing, which supplied clutches and brakes for Formula 1 cars, and AP Borg and Beck, which was one of the largest clutch manufacturers in Europe[8]

2000 The company was then acquired by Delphi Automotive Systems.