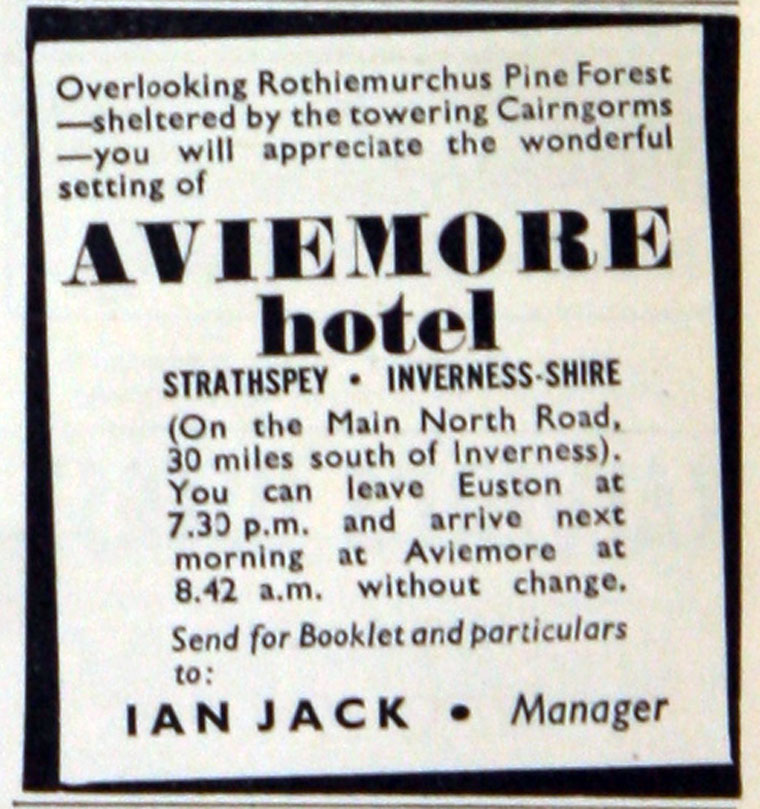 1899 The hotel was built by the Aviemore Station Hotel Company Limited, but was known simply as the Aviemore Hotel. The hotel had its own 9-hole golf course.

1950 On the morning of 26 September fire swept through the hotel, destroying it in the space of an hour. There were two fatalities and a young railway porter, Donald Edward MacLennan, later received the George Medal for his role in the rescue of three people from the blaze. What remained of the building's structure was subsequently demolished. The report in The Scotsman described the hotel as "one of the largest and most fashionable in the Highlands". The site and grounds were used for further developments as Aviemore developed into a major tourist hub.