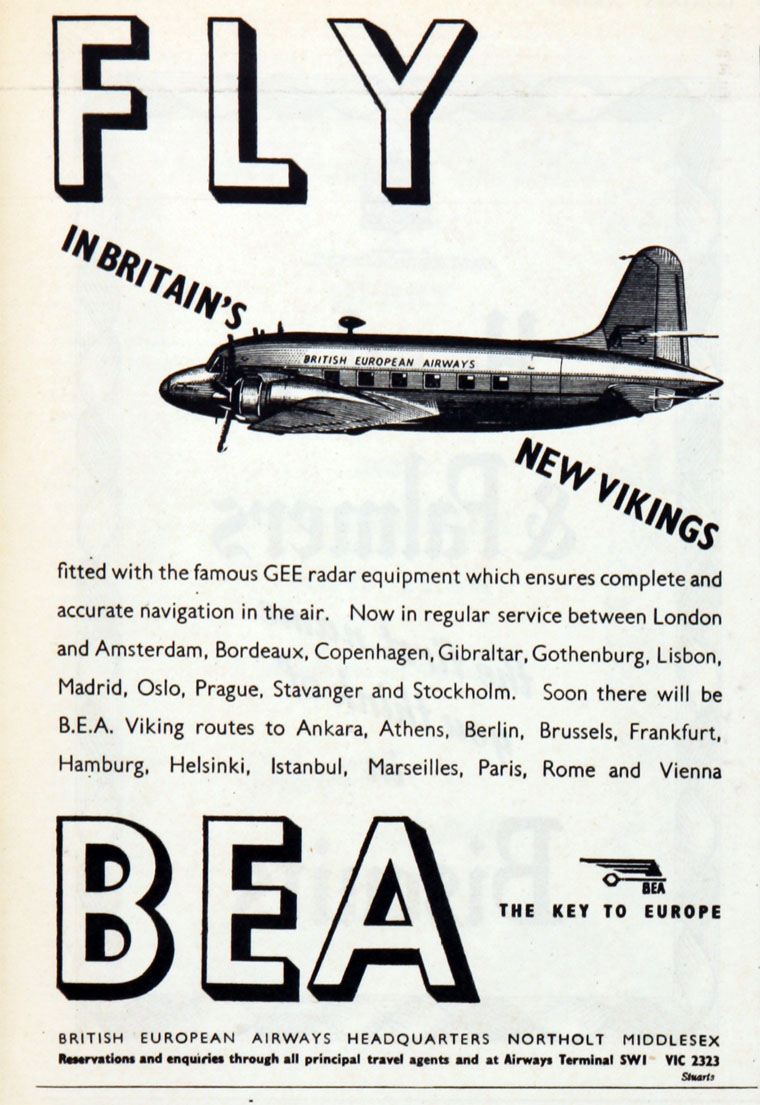 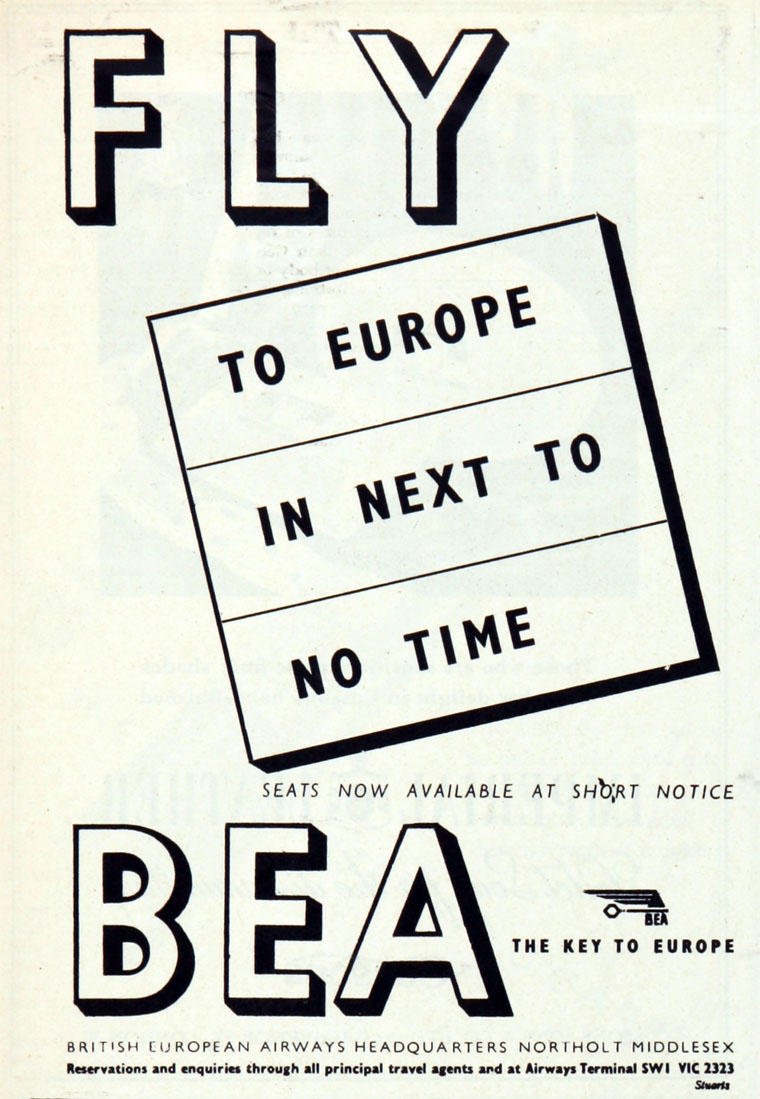 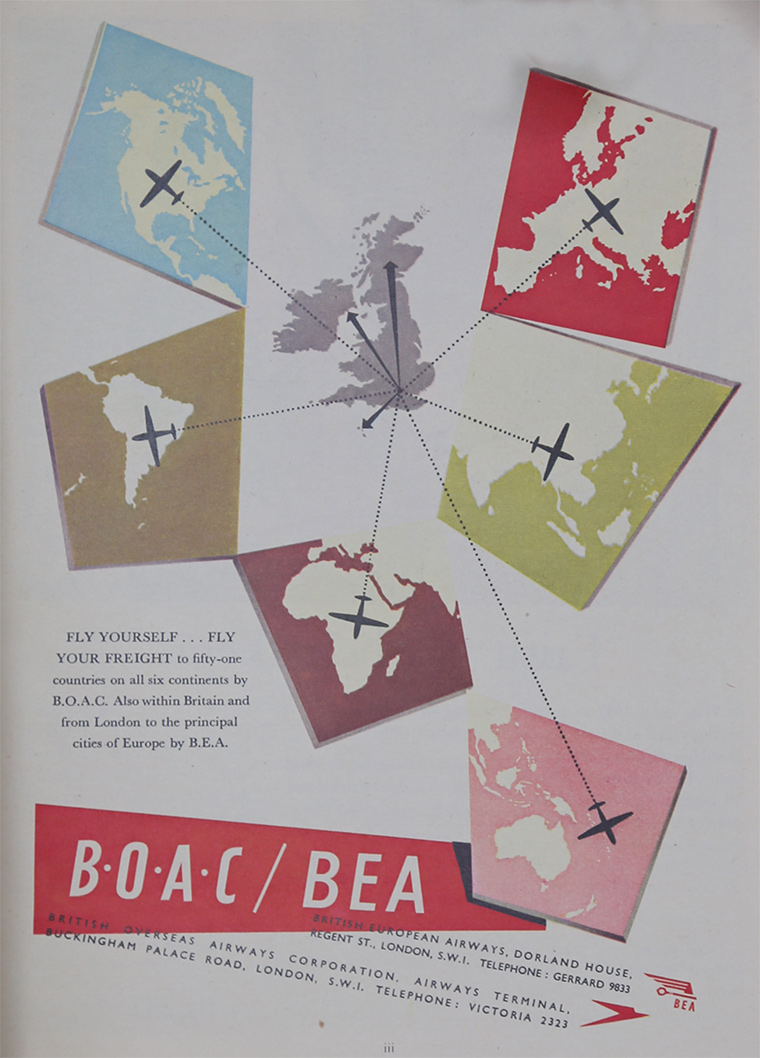 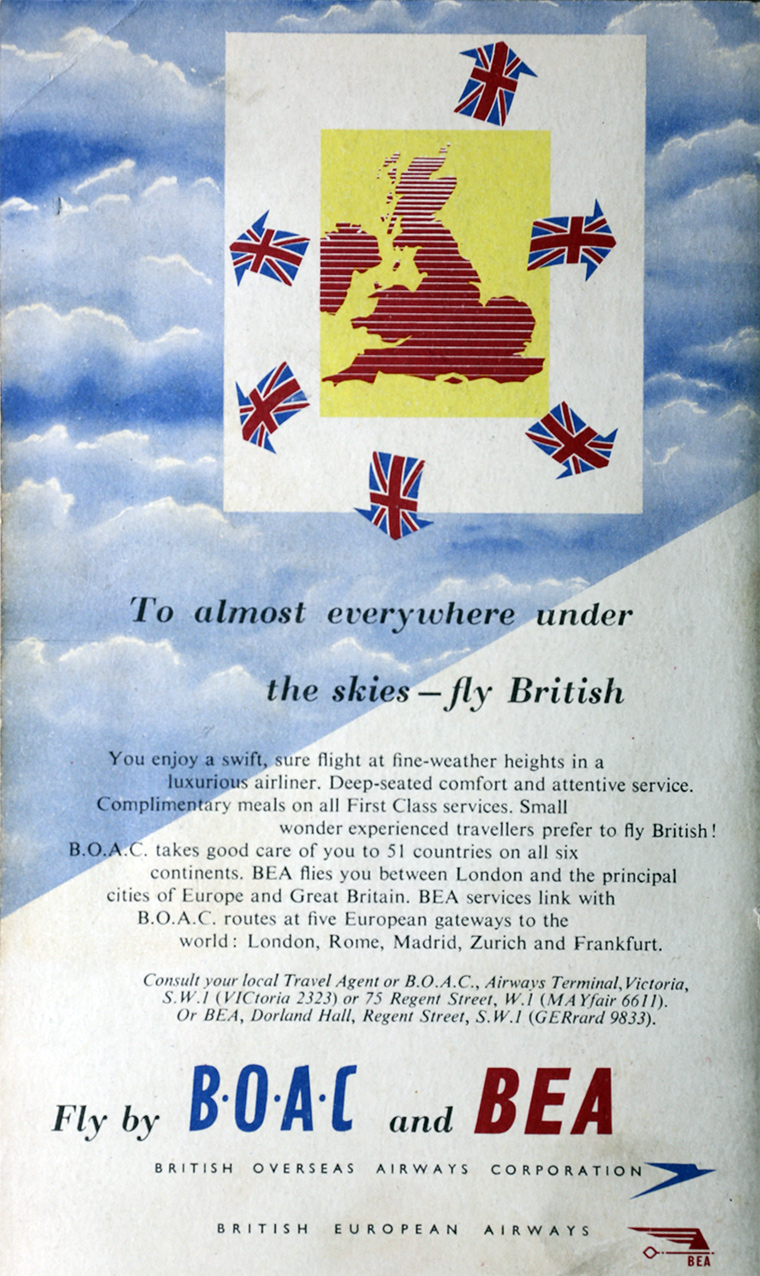 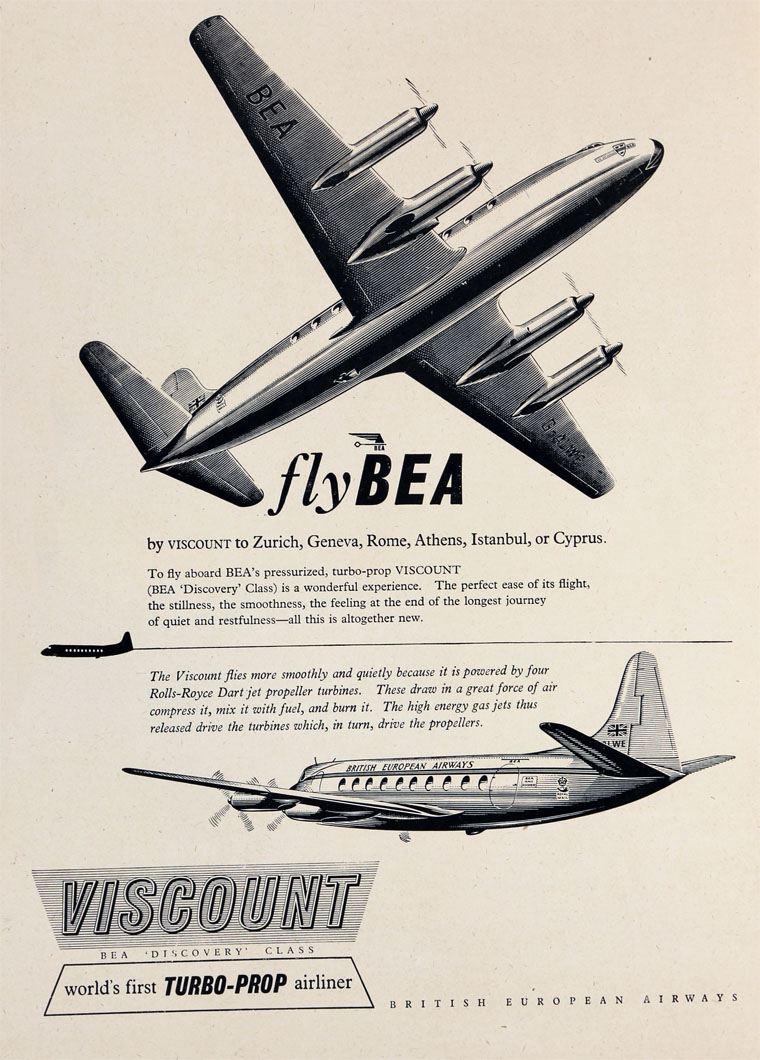 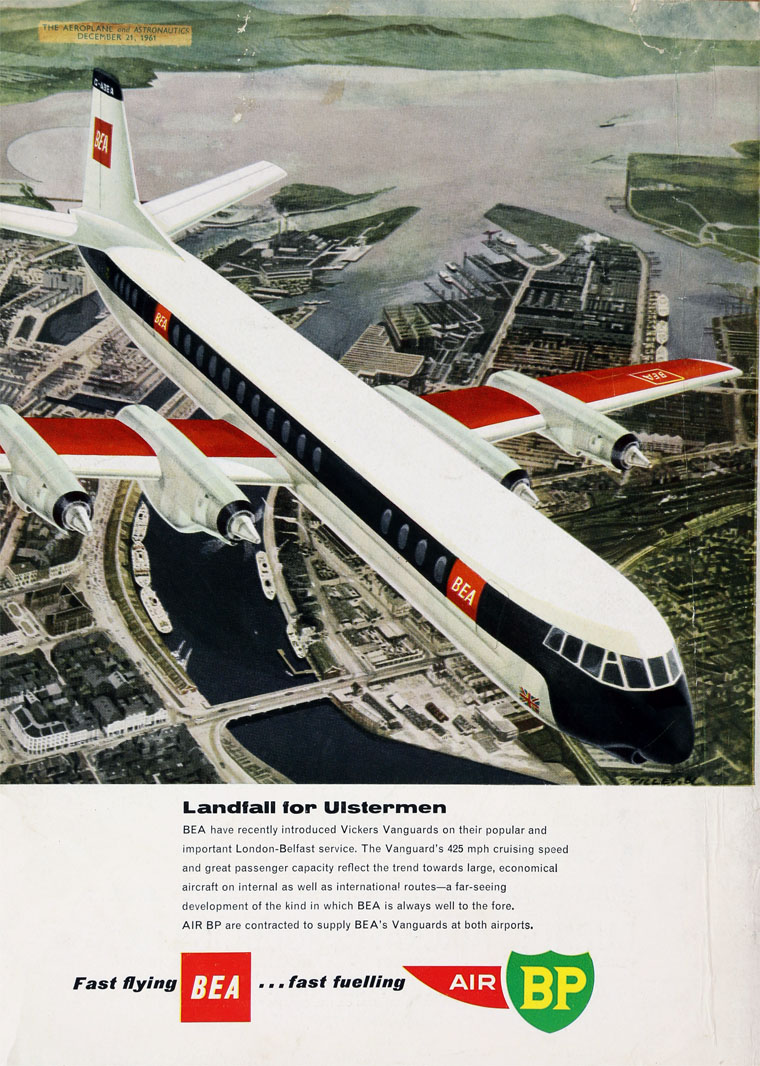 1946 August: British European Airways took over the European services operated by BOAC, which were shorthaul routes from Northolt. BEA used the unpressurised Douglas DC-3 and the Vickers Viking for these routes; for several years Northolt was one of the busiest airports in the world.

1950 16 April: The first scheduled BEA service from London Airport, a Vickers Viking, took off for Paris.

1965 10 June: BEA made the world's first fully-automatic landing of a commercial airliner carrying fare-paying passengers (a Trident 1 from Paris to Heathrow)

1974 31 March: BOAC and BEA were dissolved following the formation of the British Airways Group.