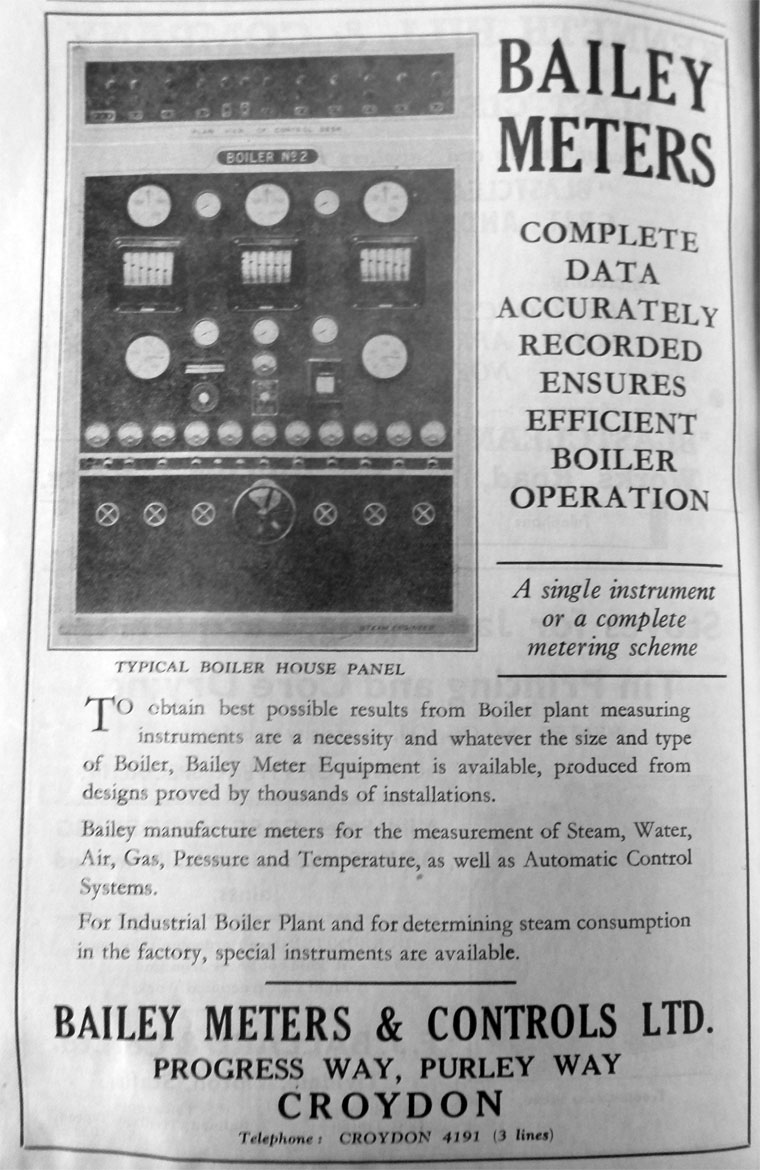 of Croydon, Surrey, the British arm of an American company.

1916 Ervin George Bailey founded the Bailey Meter Company in Boston, USA, with the invention of the Bailey Boiler Meter

1919 The company moved its headquarters to Cleveland, Ohio

1925 Bailey was purchased by Babcock and Wilcox

1937 Became private company in the UK

1961 Manufacturers of instruments for the measurement of flow, temperature and pressure level, and both electronic and pneumatic automatic control equipment for process and power plant. 650 employees. [1]