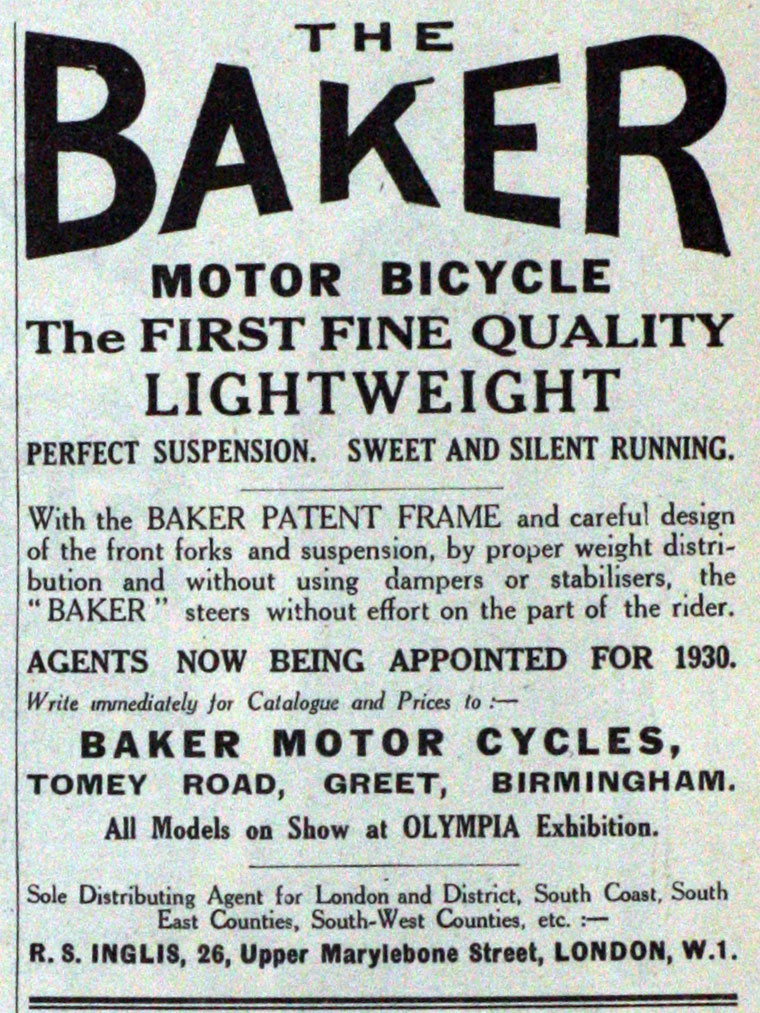 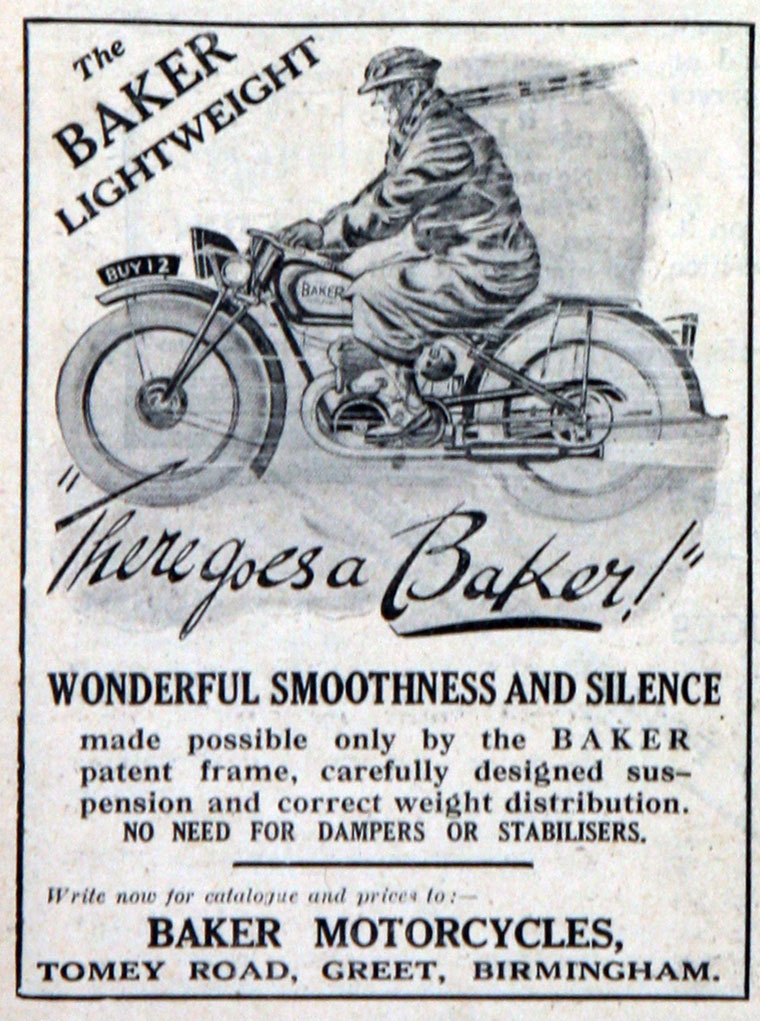 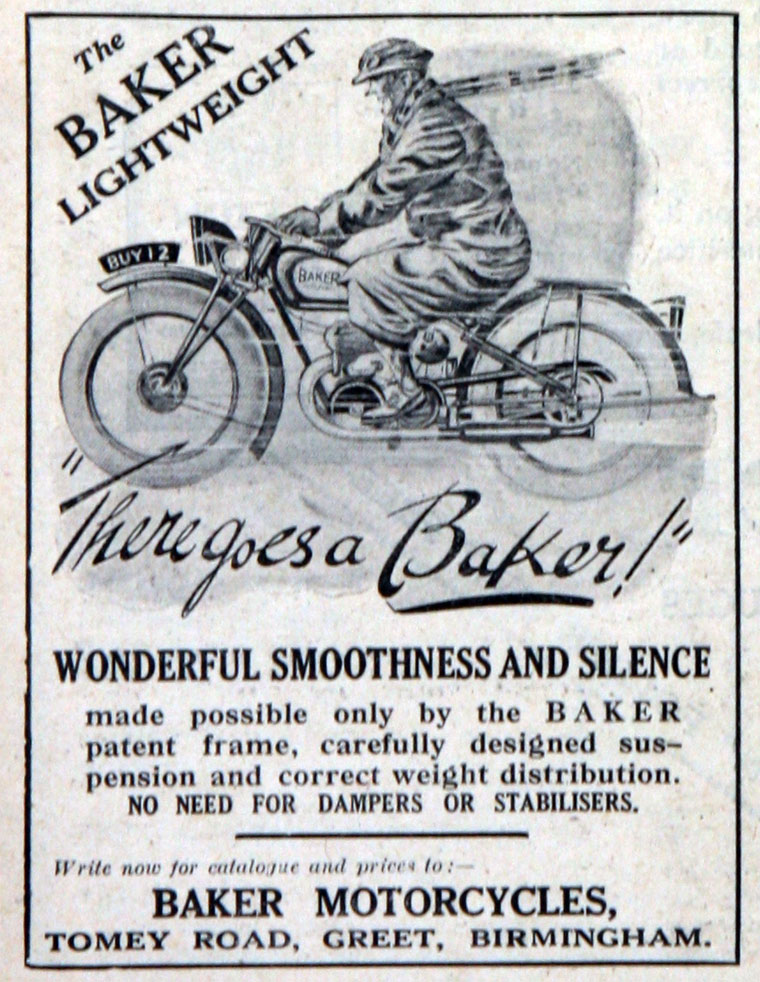 The company was owned by Frank Edward Baker. He had a long involvement in motorcycle manufacture - firstly in America and then as F. E. Baker which made the Precision motorcycle and engine.

Post-WWI Baker formed a connection with industrial giant William Beardmore and Co which created the Beardmore Precision marque. Beardmore pulled out in 1924 and the company closed, so Baker went on to start his own company in 1926.

1929 Other versions of those two motorcycles were offered, plus models with 147cc and 196cc engines.

1930 The 147cc models were dropped and replaced by one with a 343cc engine. In addition, there was one further model with an inclined 249cc sv James engine. Late that year Frank Baker sold out to James who used his frame for some of their models.