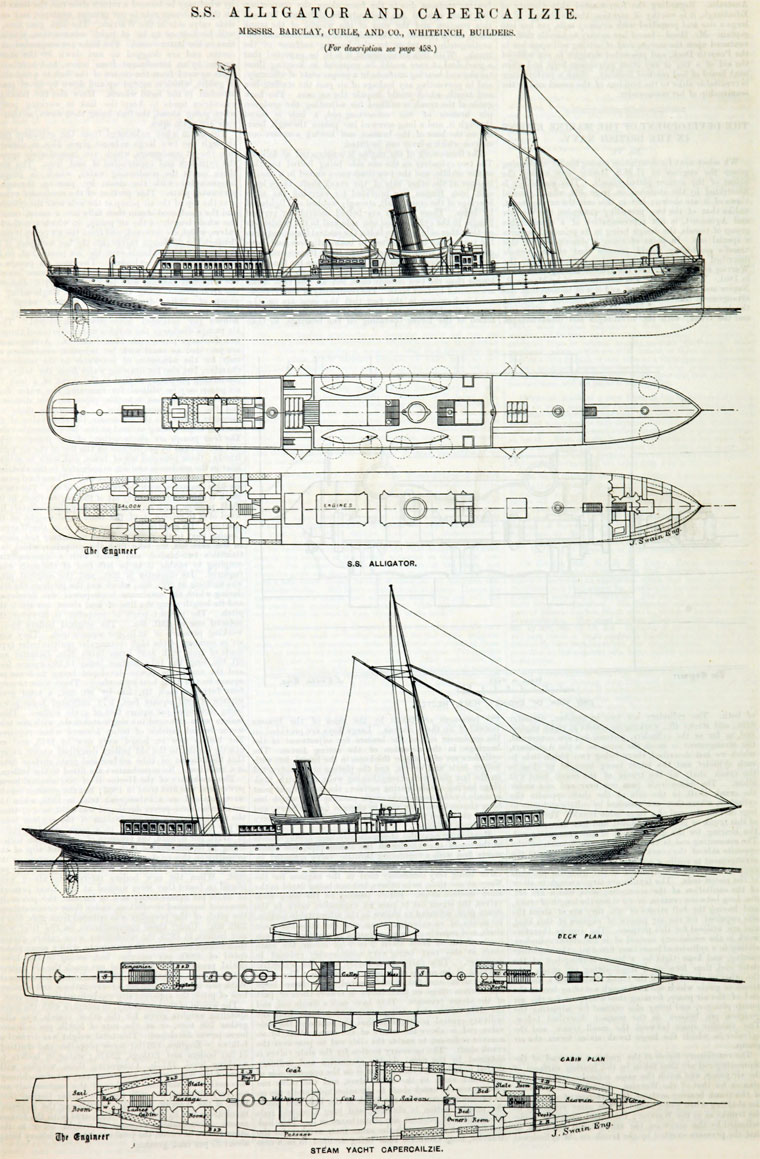 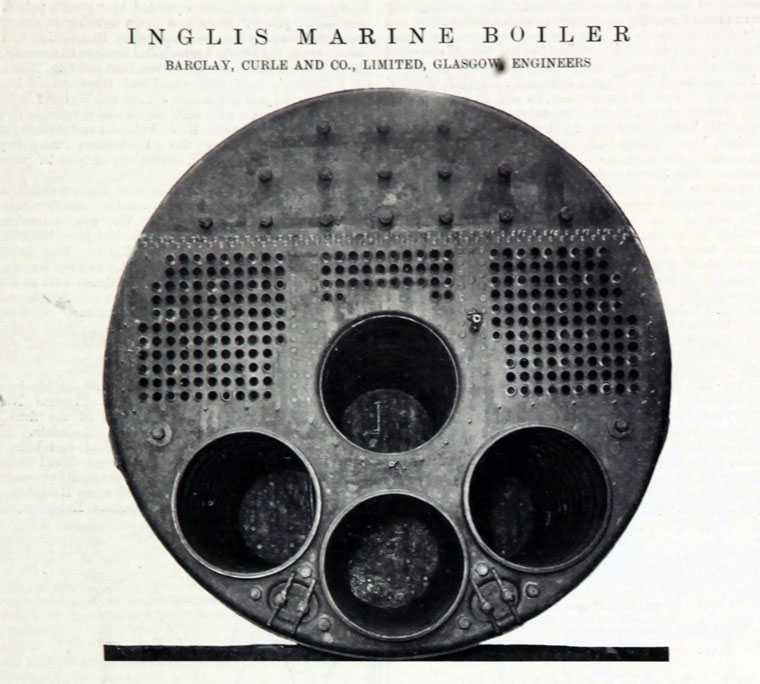 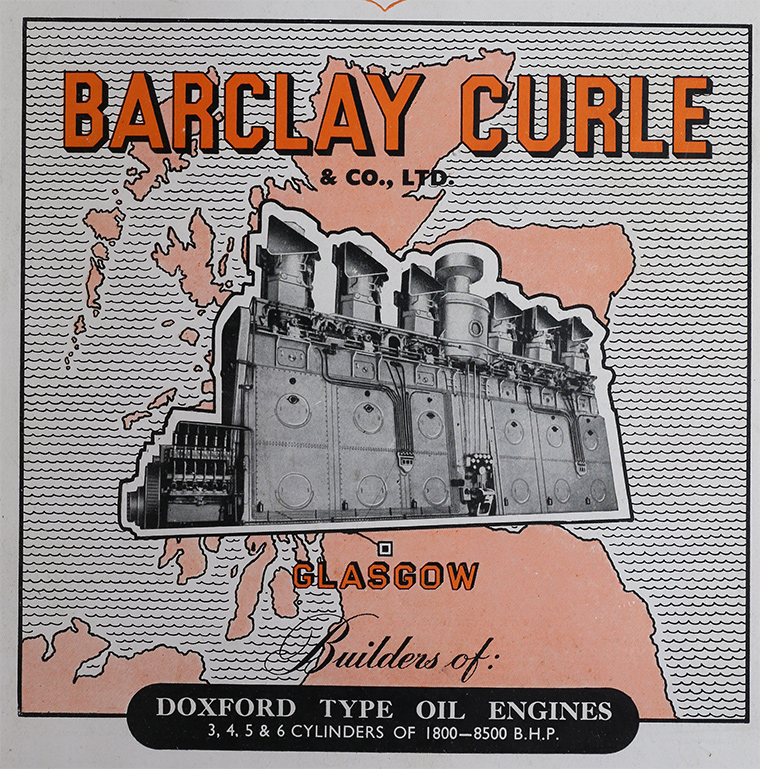 1818 The company was founded by John Barclay at Whiteinch, Glasgow, Scotland.

1847 Admitted John Ferguson as a partner

1863 Robert Barclay died. The business name was changed to Barclay, Curle and Co.

1865 See 1865 Clyde Shipbuilders for detail of the tonnage produced.

1870s The Stobcross yard had made 22 sailing ships up to this point. In addition, the newer Clydeholm yard delivered its first steamer and so began a fruitful period of steamer building.

1876 Barclay Curle and Company moved their yard down river from Stobcross to a position opposite Linthouse, just above the yard that the Wingates had run for many years but which had recently failed.

1884 Incorporated as a limited company Barclay Curle and Company

1888 Glasgow Exhibition. Description of their exhibits. [3]

1889 See 1889 Shipbuilding Statistics for detail of the tonnage produced

1893 Barclay, Curle and Co sold their works to the Tunnel Co. for the construction of the subway under the Clyde, and instead took over the works of John and James Thomson.

1900s The newer yard began making ever larger liners and cargo-liners, and liner companies from around the world became regular customers.

1912 Swan, Hunter and Wigham Richardson took over Barclay Curle and Co Ltd which became a subsidiary, including the Clydeholm and Elderslie shipyards and dry docks, and the dry docks in Govan. British India Line became the main customers of the Clydeholm (?) yard - they ordered 17 ships before the outbreak of World War I.

Formed a new business, the North British Diesel Engine Works Ltd, at its Clydeholm Shipyard in Glasgow. This was designed to develop the diesel capacity acquired through Barclay Curle's take over of the North British Engine Co, Scotstoun, Glasgow[6].

1914 Shipbuilders and engineers, identified with the development of the intermediate twin-screw type of passenger steamer and trooper. [7]

1920s The yards built eight war replacement "G" class meat carriers. British India then returned as the yard's main customer, and the first of many cargo-liners were built for many different companies. In 1922 the company bought up the Jordanvale yard which was *the next yard along down-river. This yard was then modernised, and went on to produce tramps and coasters.

1930s The yards began making tankers, and in 1932, they were rationalised. The West Scotstoun and Govan yards now only undertook repair work, with shipbuilding concentrated at the Clydeholm and Jordanvale yards. The yards managed to keep going during the Depression and they made small motor passenger/cargo-liners, tankers and then riveted tramps, cargo-liners and troopships.

1940s The yards concentrated on building luxury passenger and cargo-liners, along with general cargo ships.

1950s From this point onwards the yards continued making a wide variety of high end vessels for companies all around the world. This included tankers, fish factory ships, bulk carriers and colliers.

1968 The North Britain Engine Works of the company awarded contracts for marine machinery. Part of the Swan Hunter Group [9]

1968 The company ceased building ships in its Glasgow yard, but continued as a naval engine builder (Sulzer Brothers) until transferring production to naval weapon systems (Sea Dart/Wolf Missiles) in the late 70's, finally becoming an industrial estate in the mid 80's. As part of the Seawind Group, the company retains facilities in Birkenhead, Merseyside, and at Appledore, Devon.

1970s The ship repairing yard at West Scotstoun became part of British Shipbuilders in 1977. After this the factory was converted into a guided missile launcher manufacturing plant.

1974 The Elderslie Dockyard was acquired by Yarrow Shipbuilders.

The company records of the Barclay Curle Glasgow yard from 1852-1965 are held by the University of Glasgow archives.