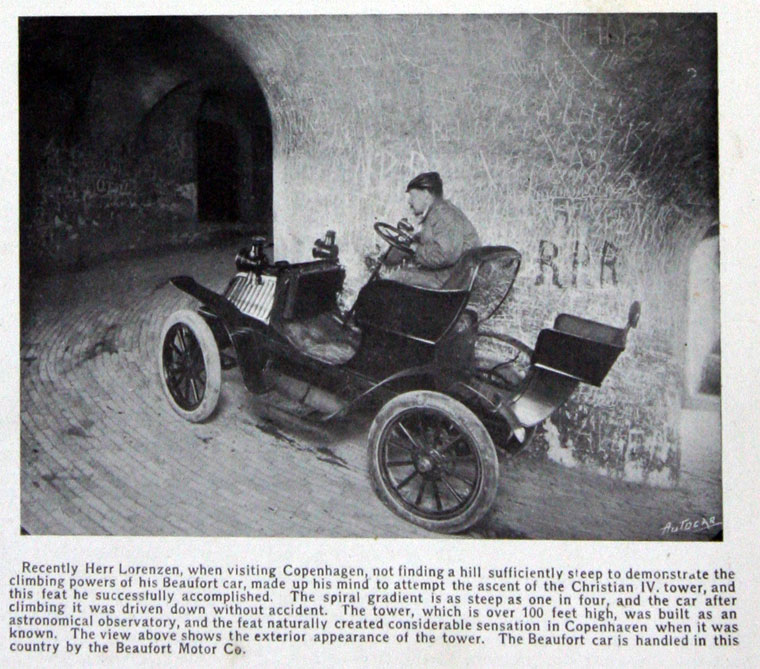 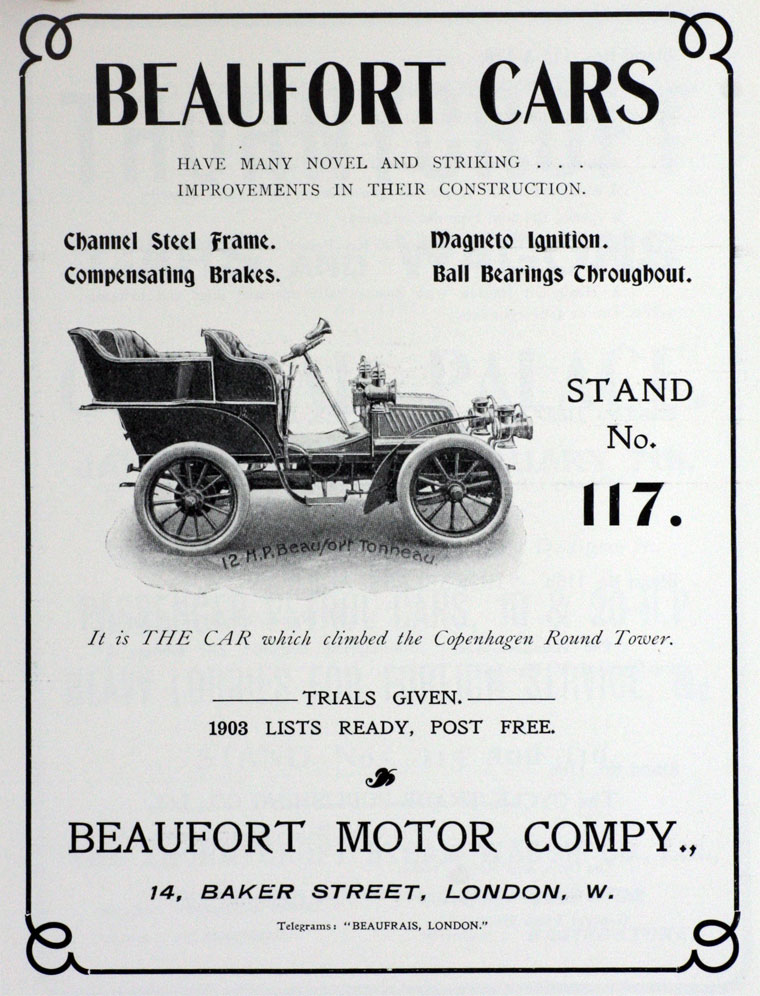 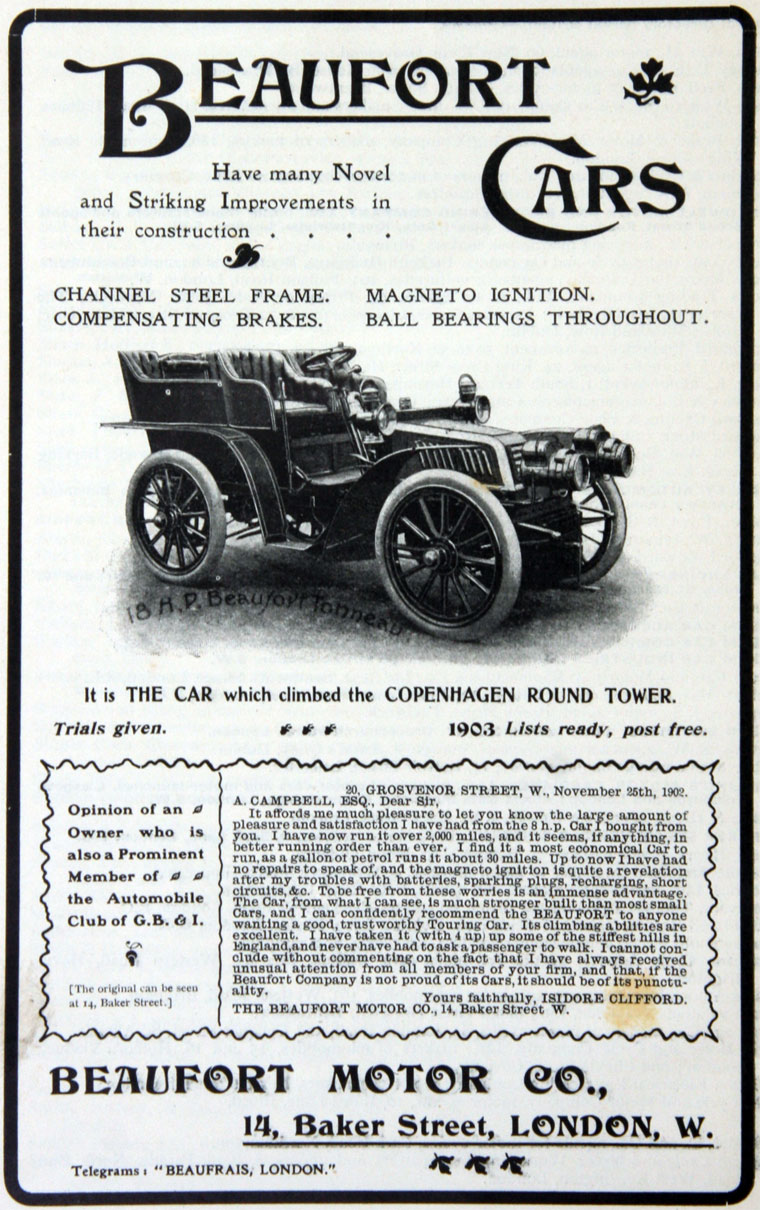 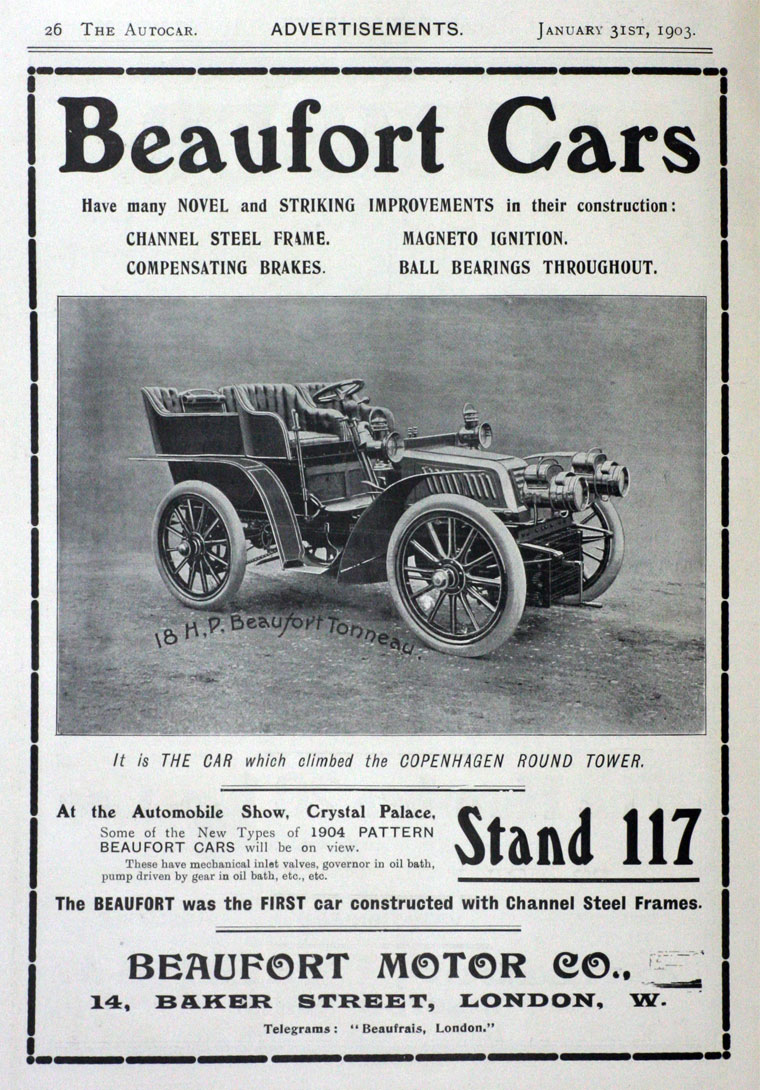 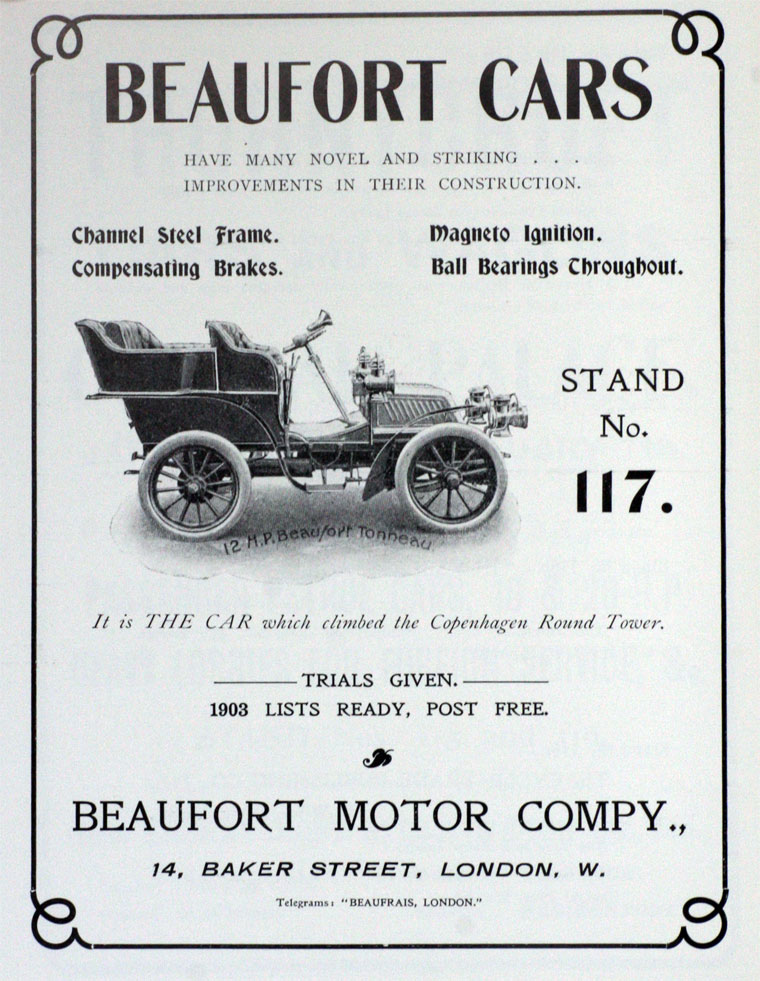 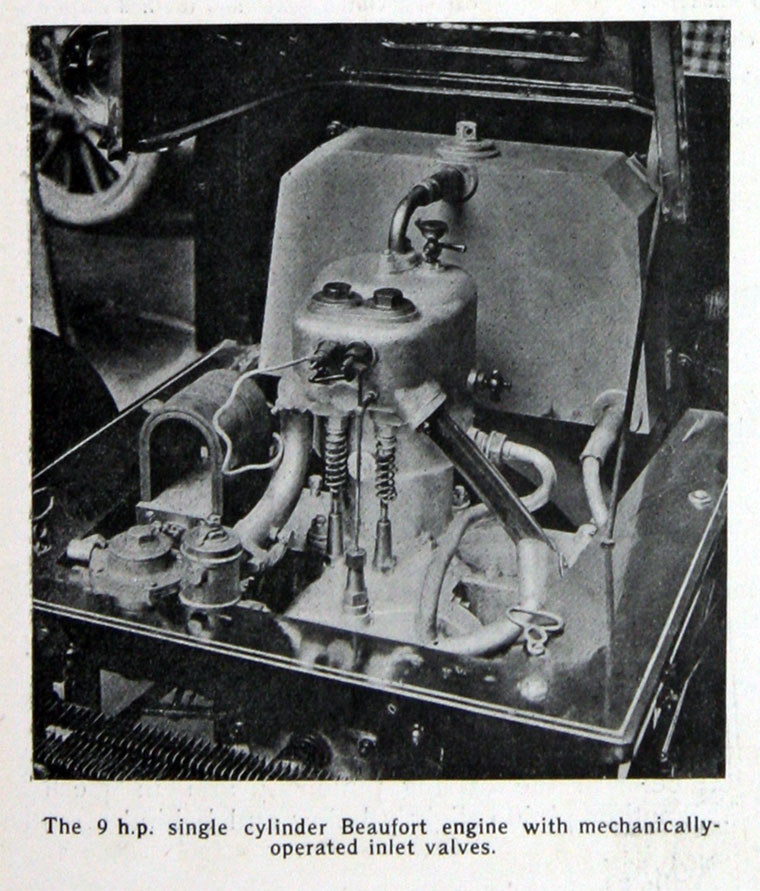 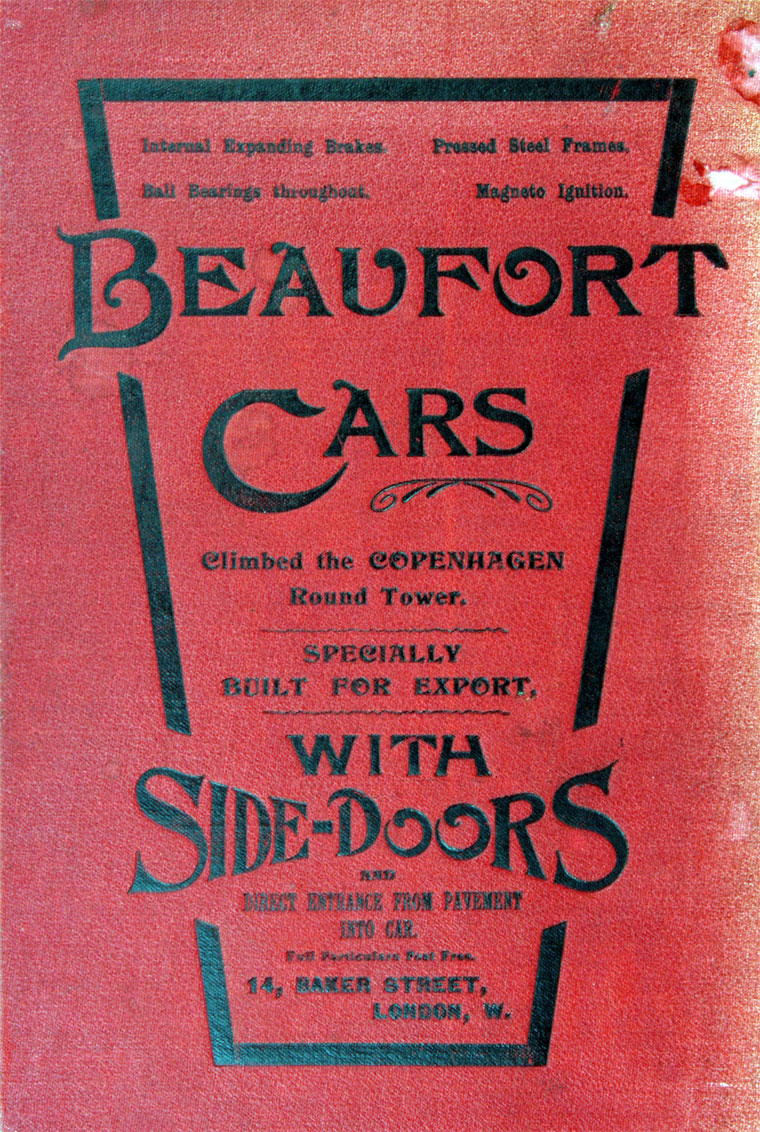 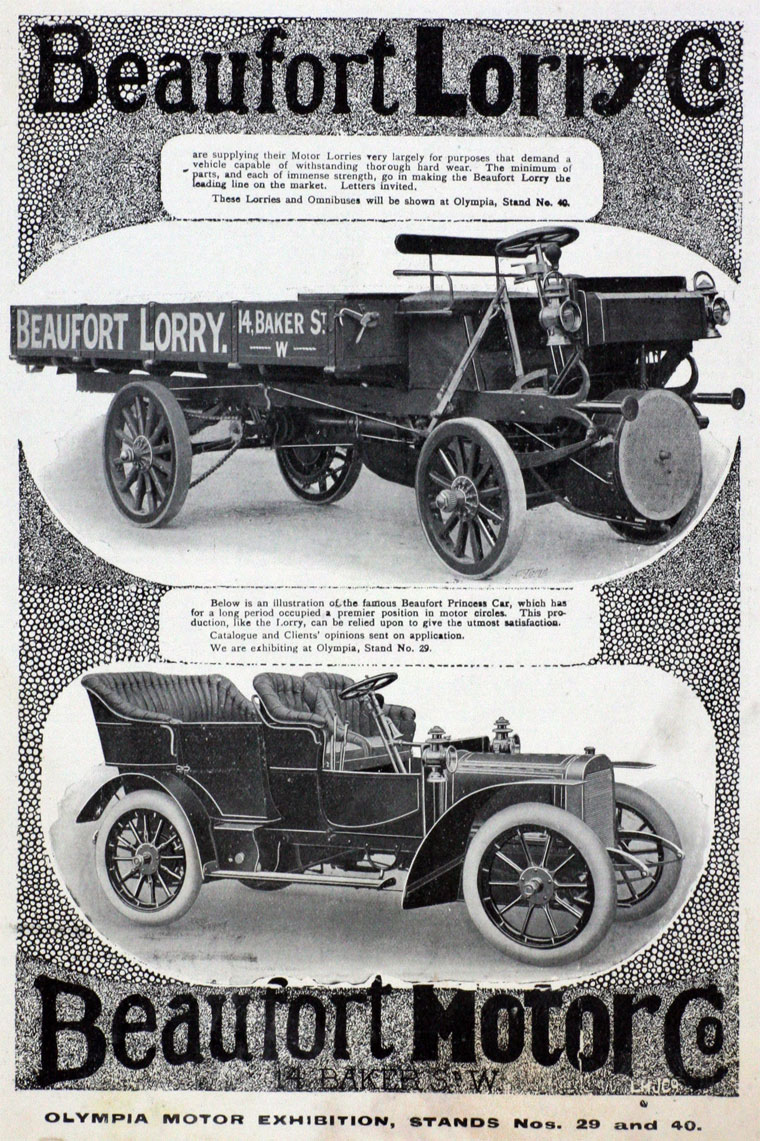 1904 October. Details and illustration of a Beaufort petrol lorry with 12-hp two-cylinder engine.[1][2]

At the beginning of this century the Beaufort Motor Co based in Twickenham, Middlesex built motor-buses.

The London General Omnibus Co tried out a few Beauforts. They were all open-top double-deckers fitted with chain drive.