Grace's Guide is the leading source of historical information on industry and manufacturing in Britain. This web publication contains 138,999 pages of information and 225,312 images on early companies, their products and the people who designed and built them. 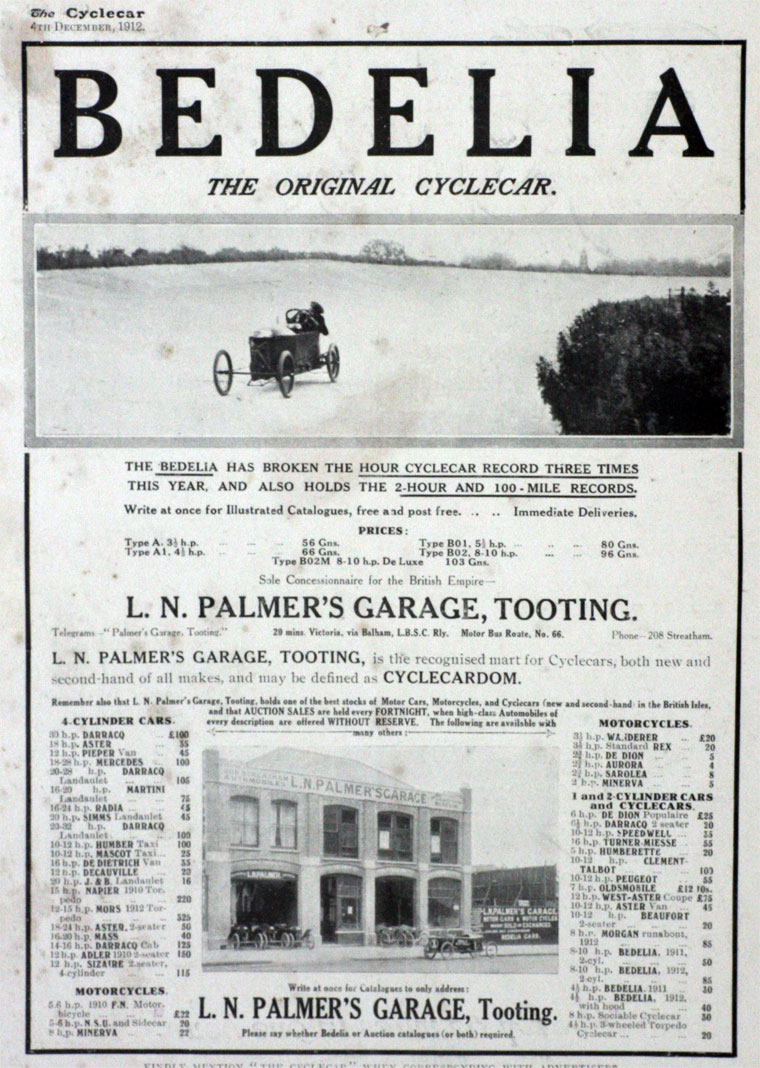 French maker of early automobiles. First designed by Robert Bourbeau and Henri Devaux in 1907 when they were bot 18 years old.

This automobile was manufactured by the Bourbeau et Devaux Co. of Paris from 1910 to 1925. This low and light car carried its two passengers in tandem with the passenger seated at the front, while in the rear was the person doing the steering. Single-cylinder or 10hp V-twin engines were used. Drive was to the rear wheels through a belt which could be moved between pulleys to give a two speed transmission. The front axle was centre pivotted with suspension by a single mid mounted coil spring and the steering was by a cable and bobbin. Elliptic leaf springs were used at the rear. The method of changing gear was unusual. The rear driver had to operate a lever which slackened the belt by moving the rear axle forwards and then the passenger had to move the belt between pulleys by means of a separate lever. Before World War I, Bedelia cyclecars sold very well, even in Britain.

Manufacturing rights were obtained by a dealer, a Monsieur Binet in 1920 and he had an updated version of the cars made for him by Mathieux of Levallois-Perret, Seine. The body design was modified to let the driver and passengers sit and a conventional three speed gearbox was fitted. Engines of up to 990 cc were offered.

When the cyclecar boom was over the company collapsed in 1925.