Grace's Guide is the leading source of historical information on industry and manufacturing in Britain. This web publication contains 137,323 pages of information and 220,558 images on early companies, their products and the people who designed and built them. 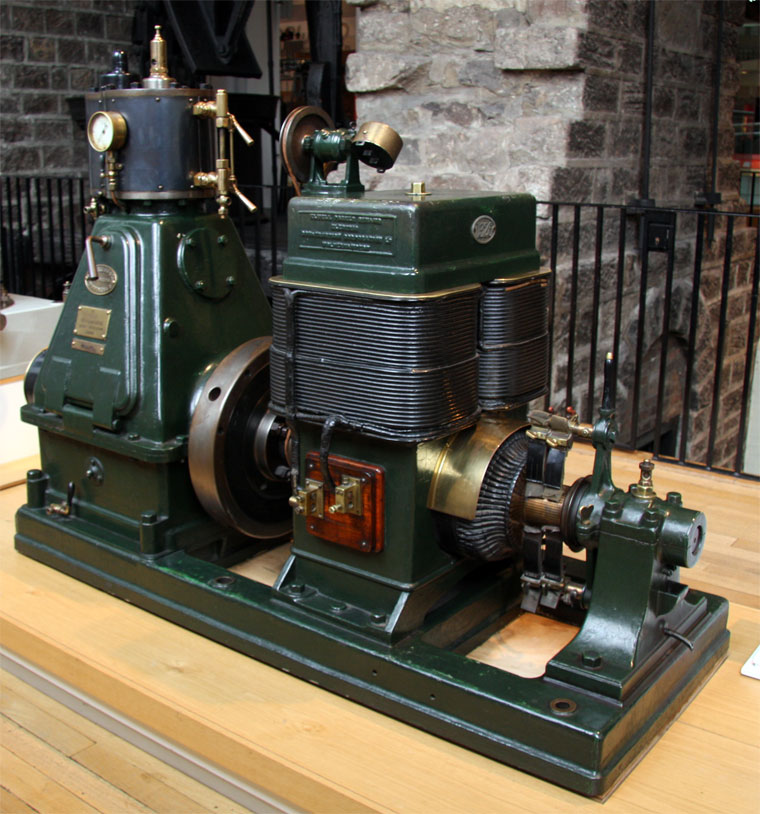 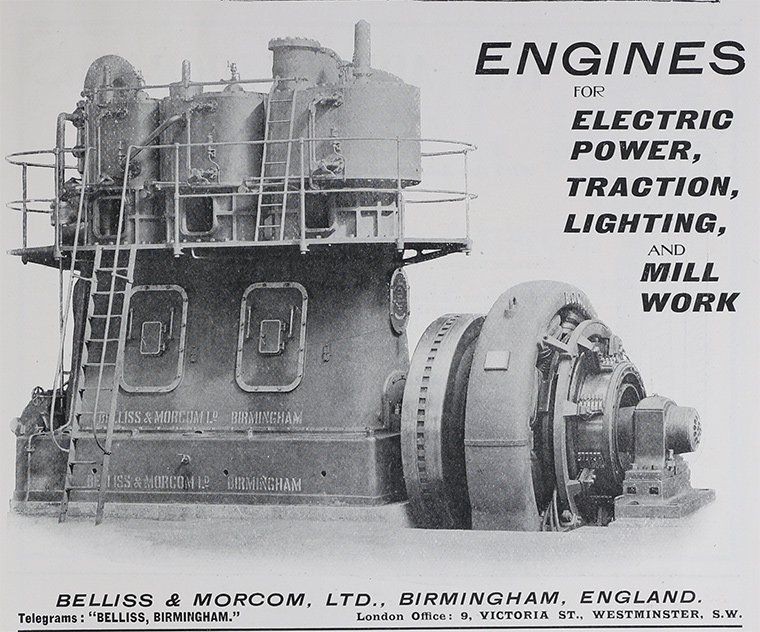 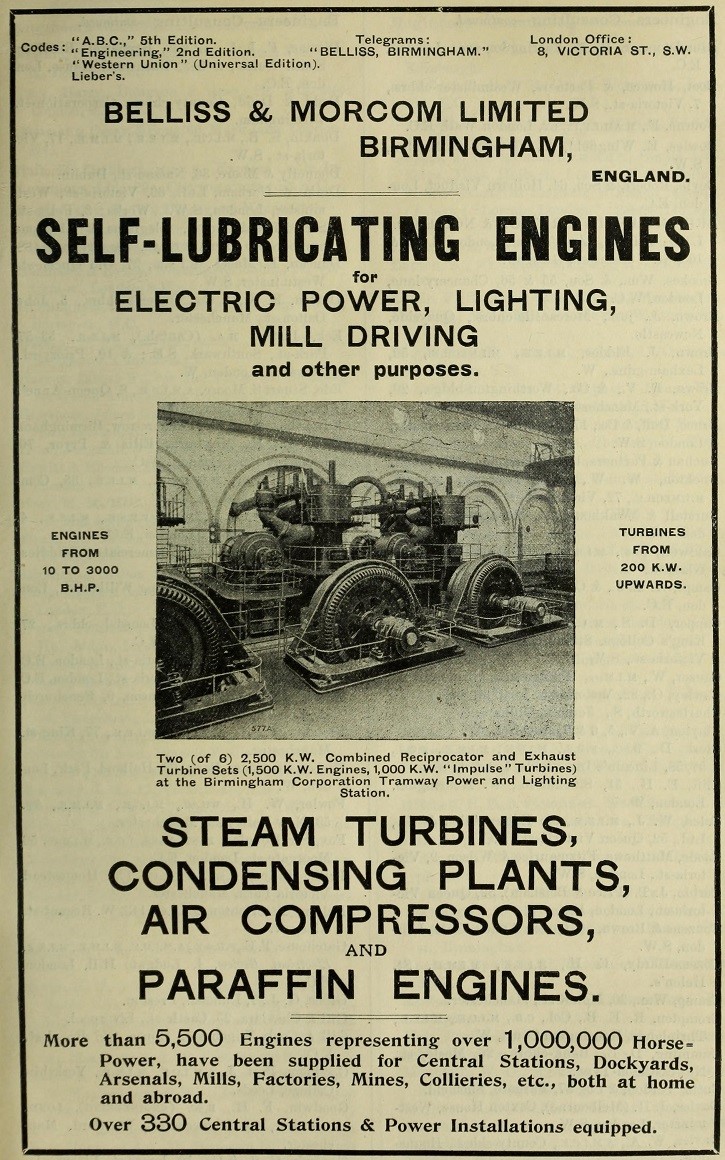 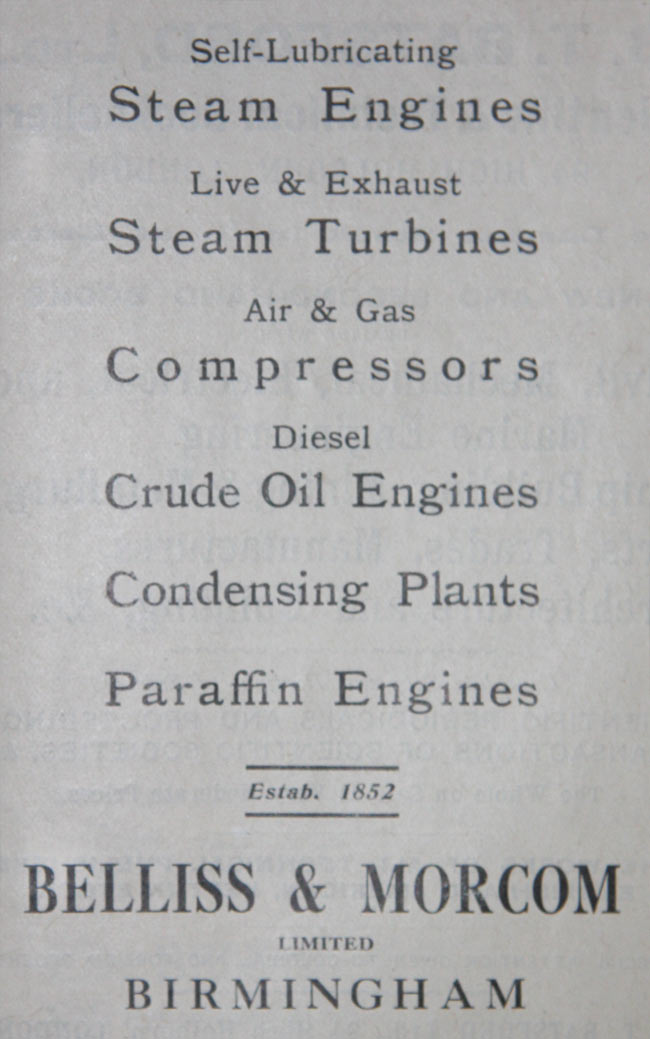 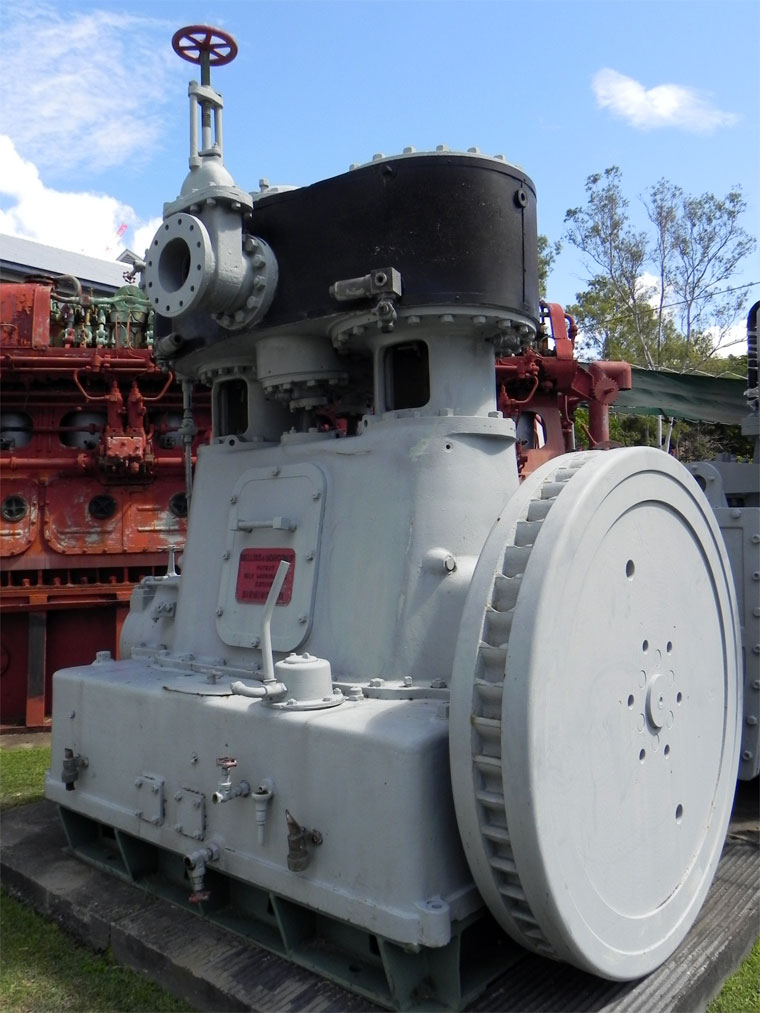 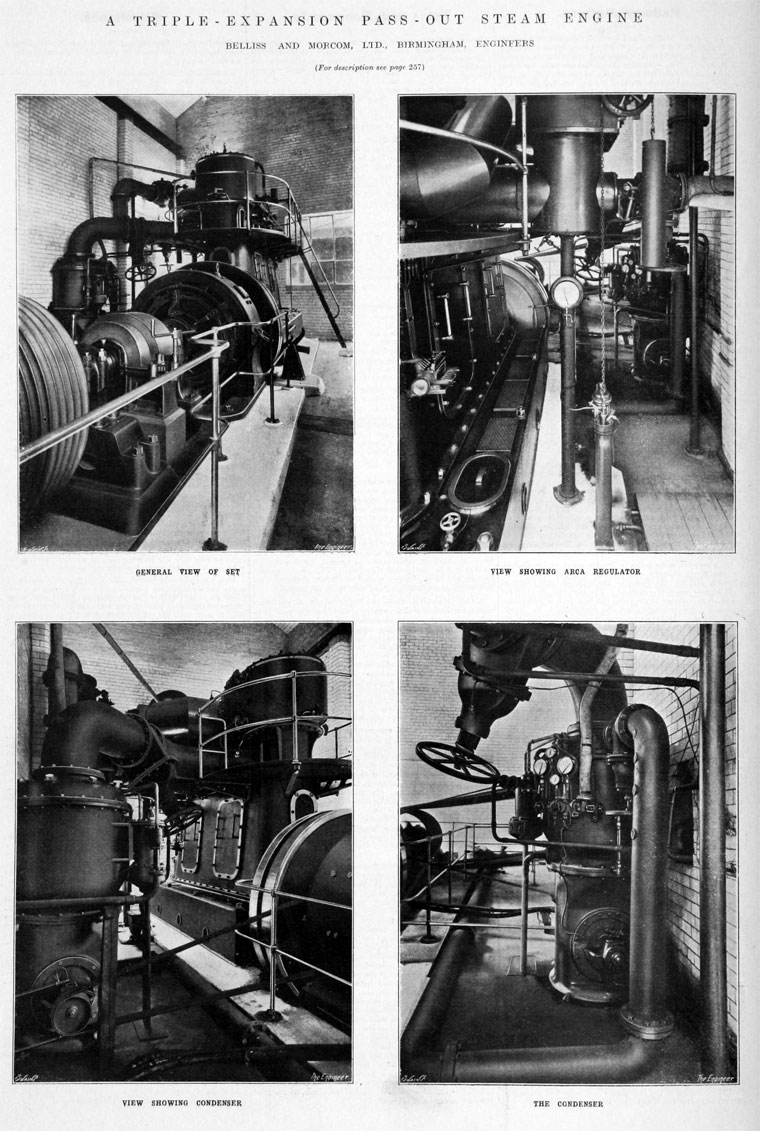 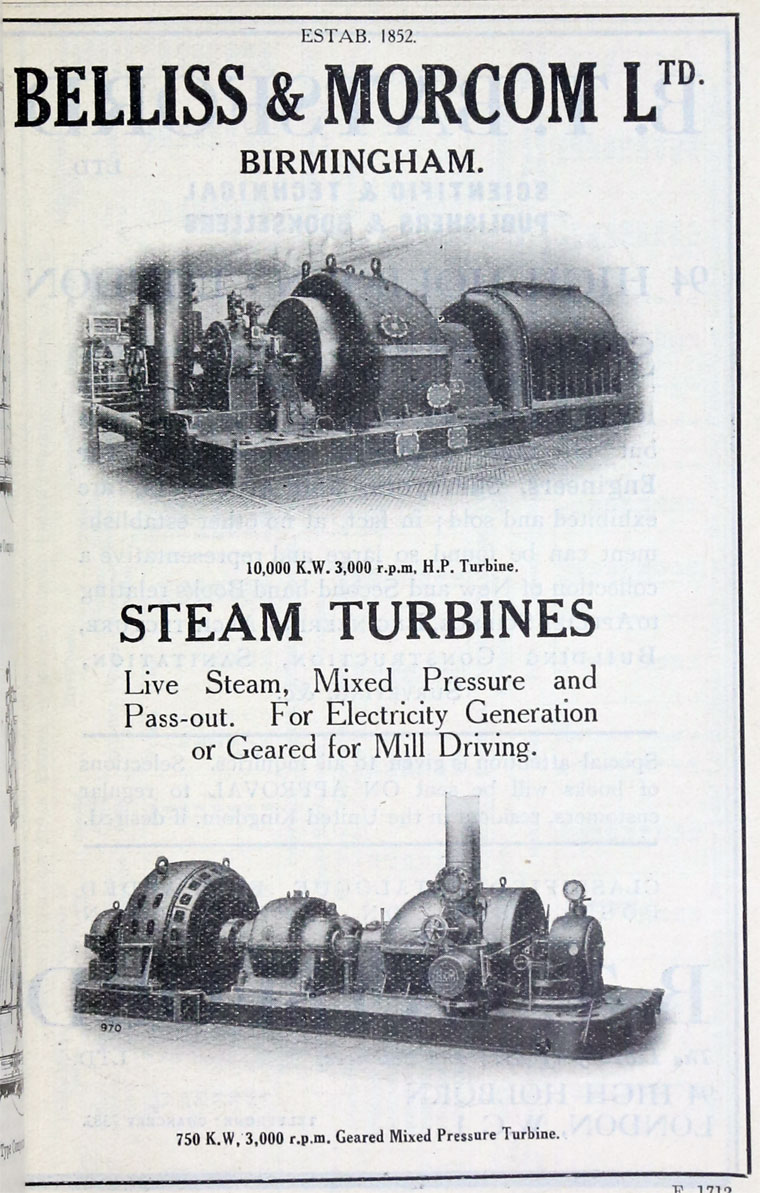 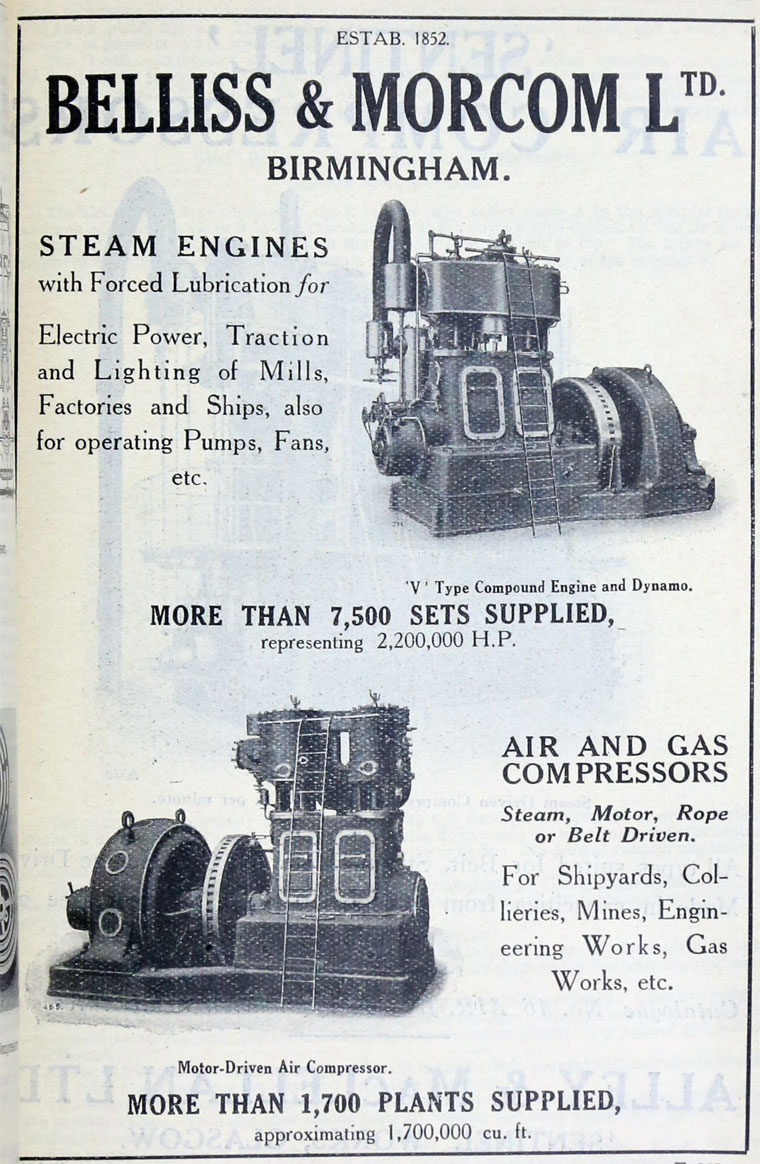 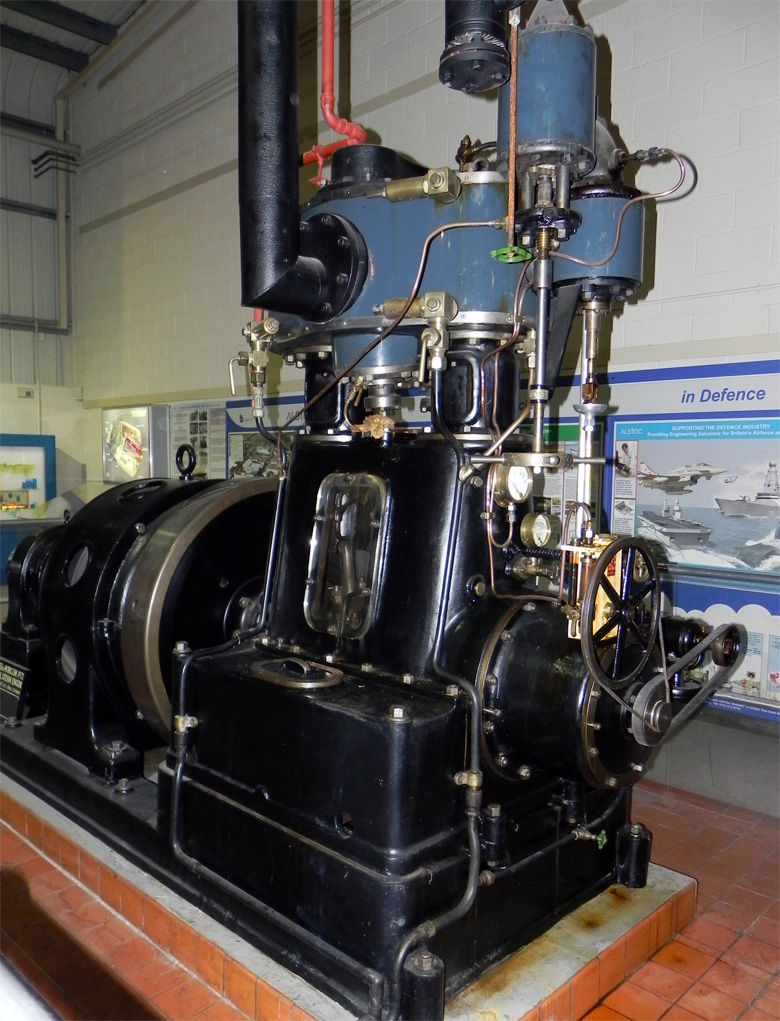 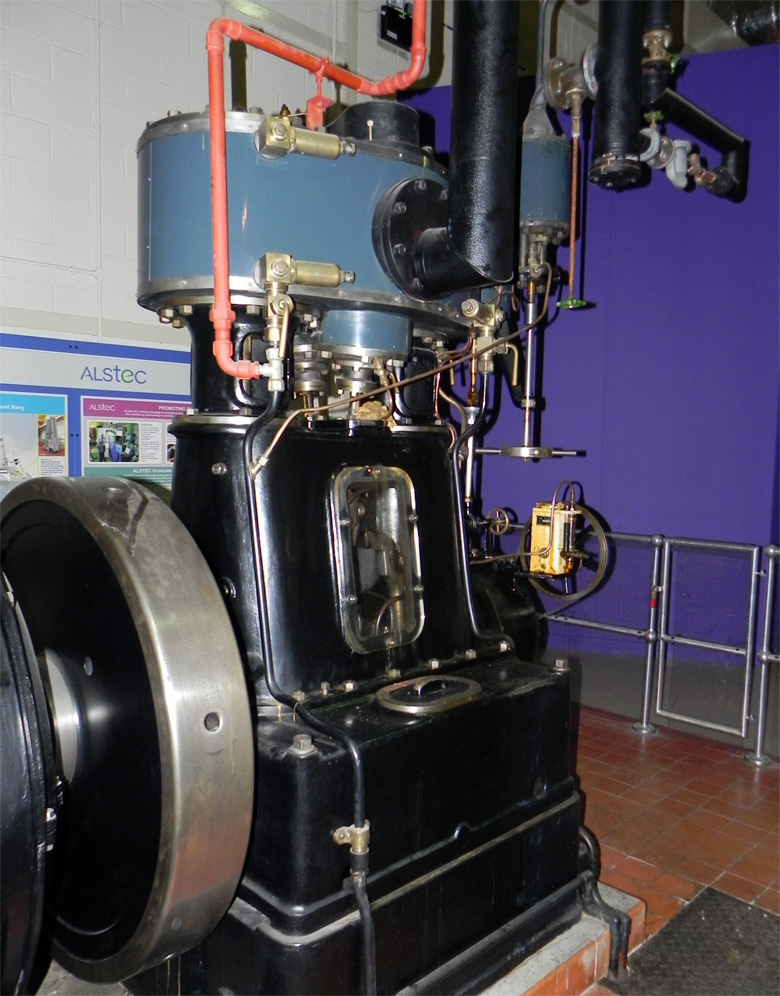 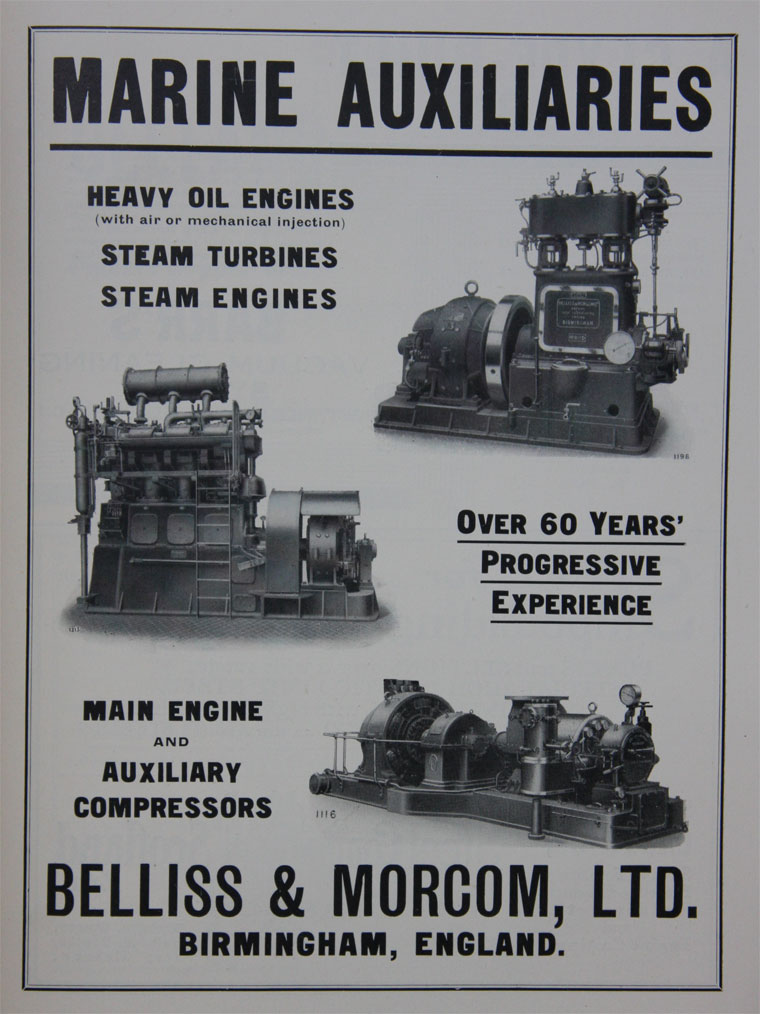 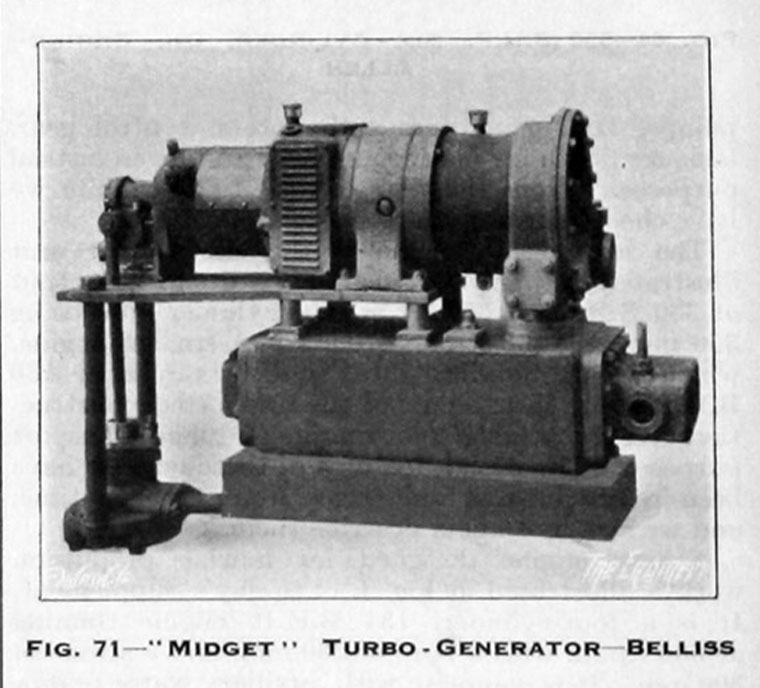 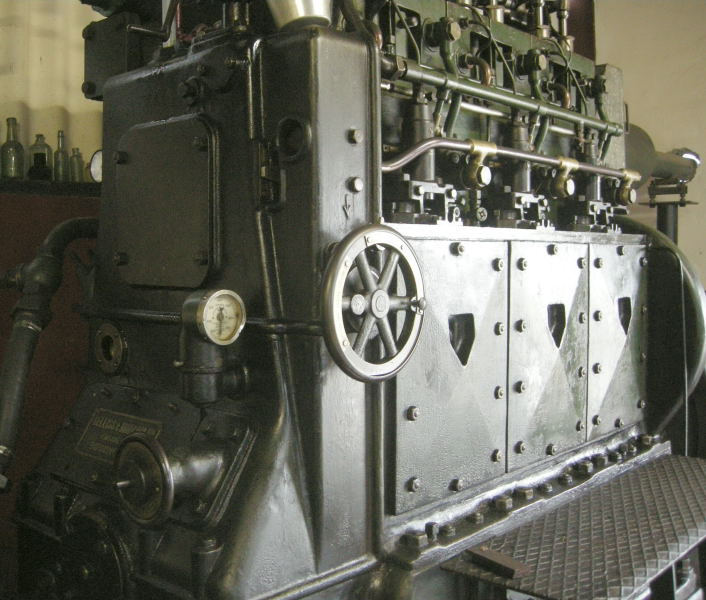 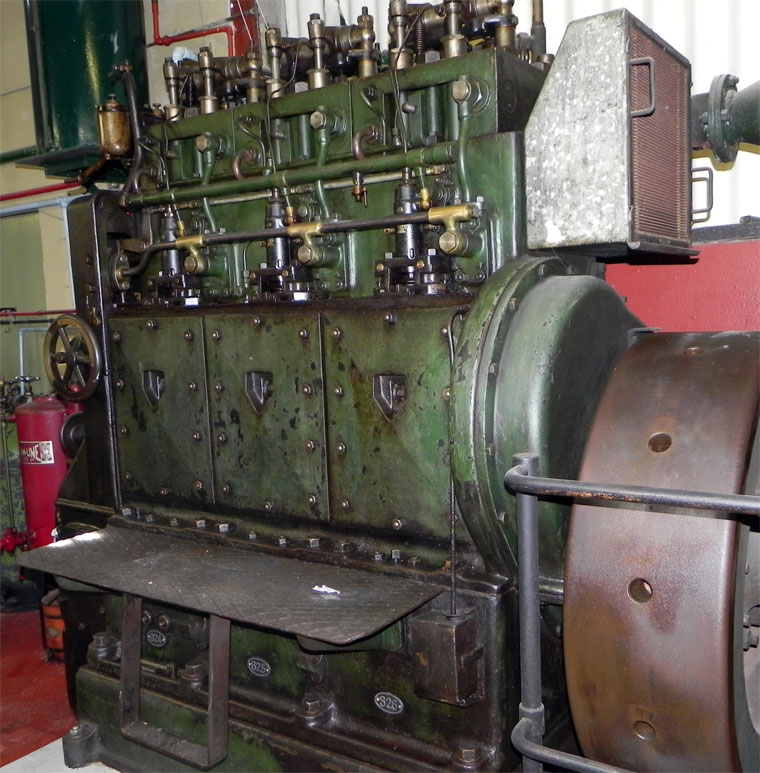 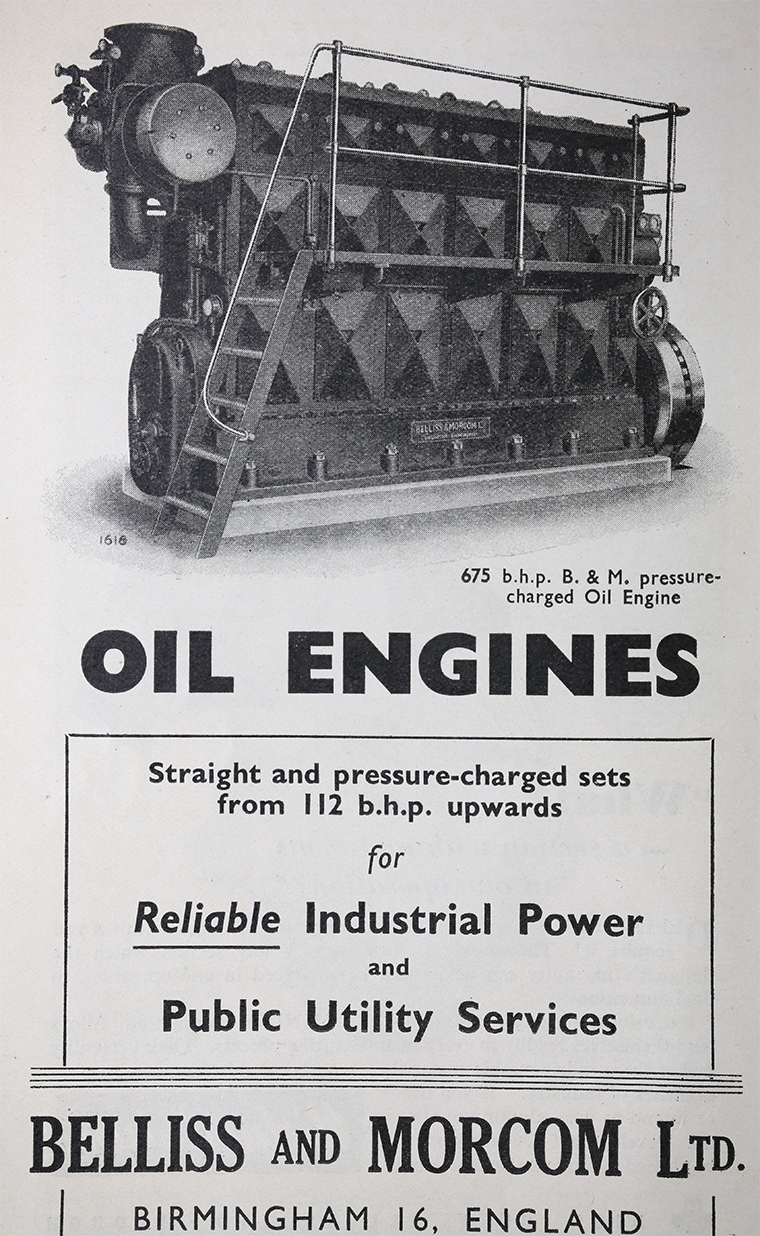 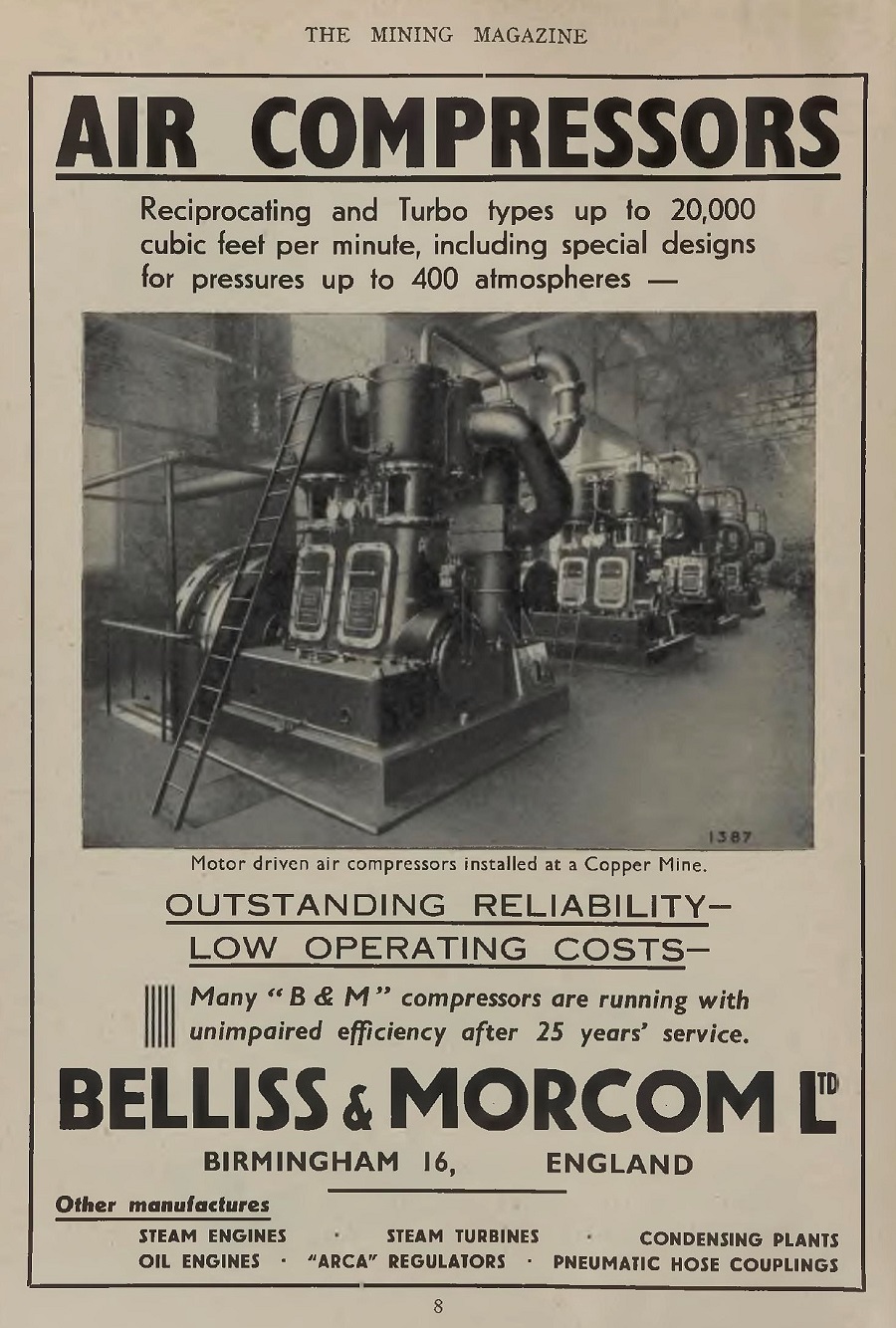 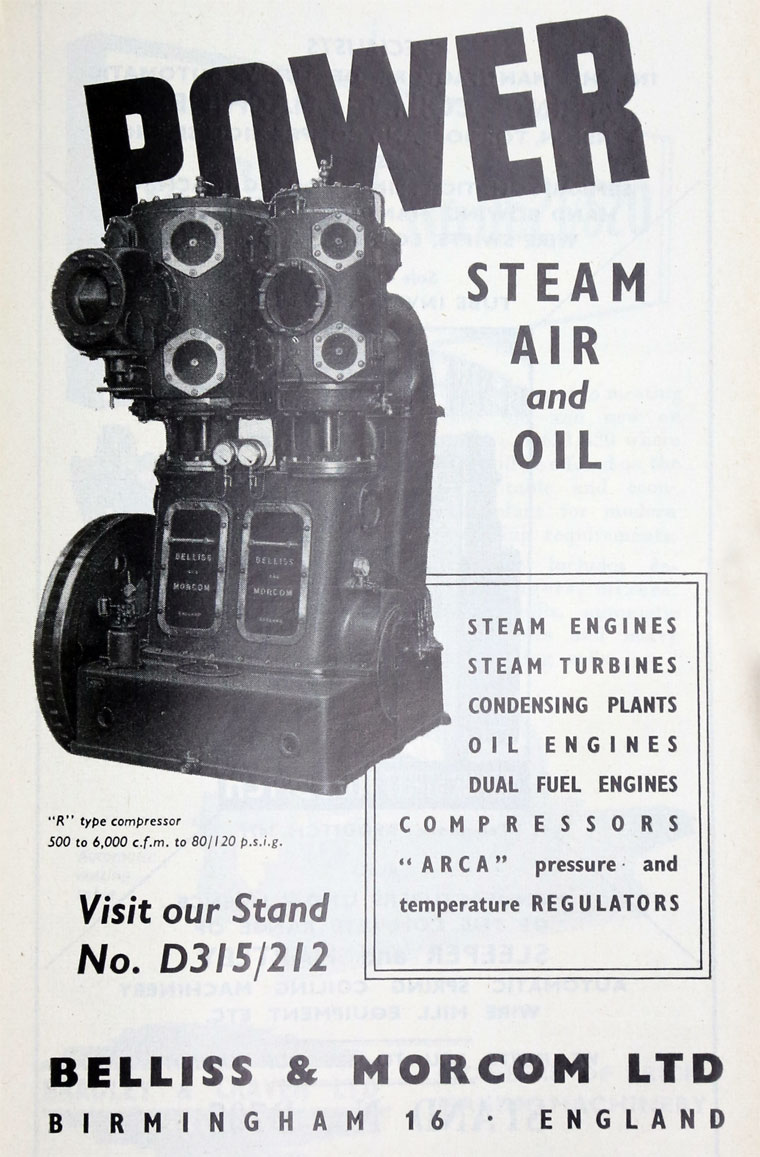 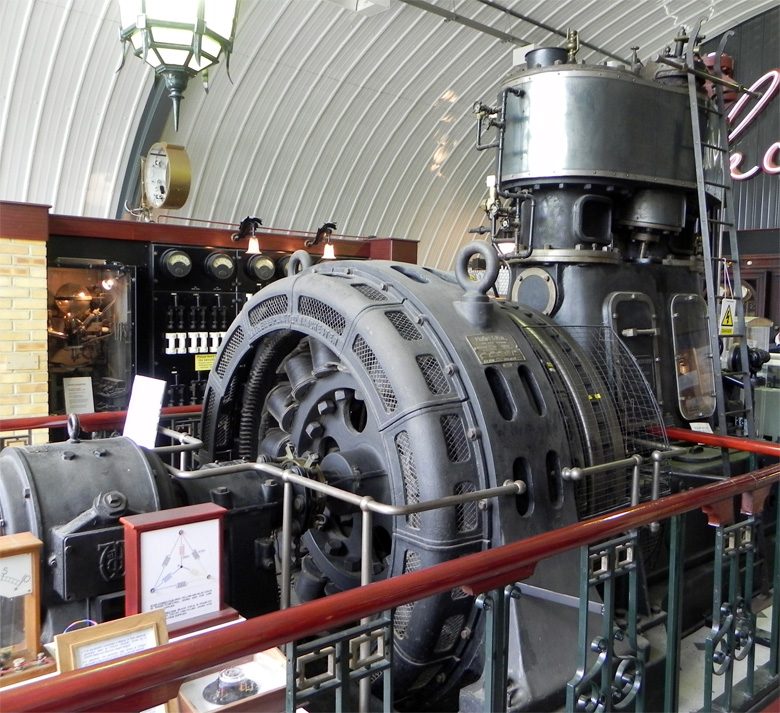 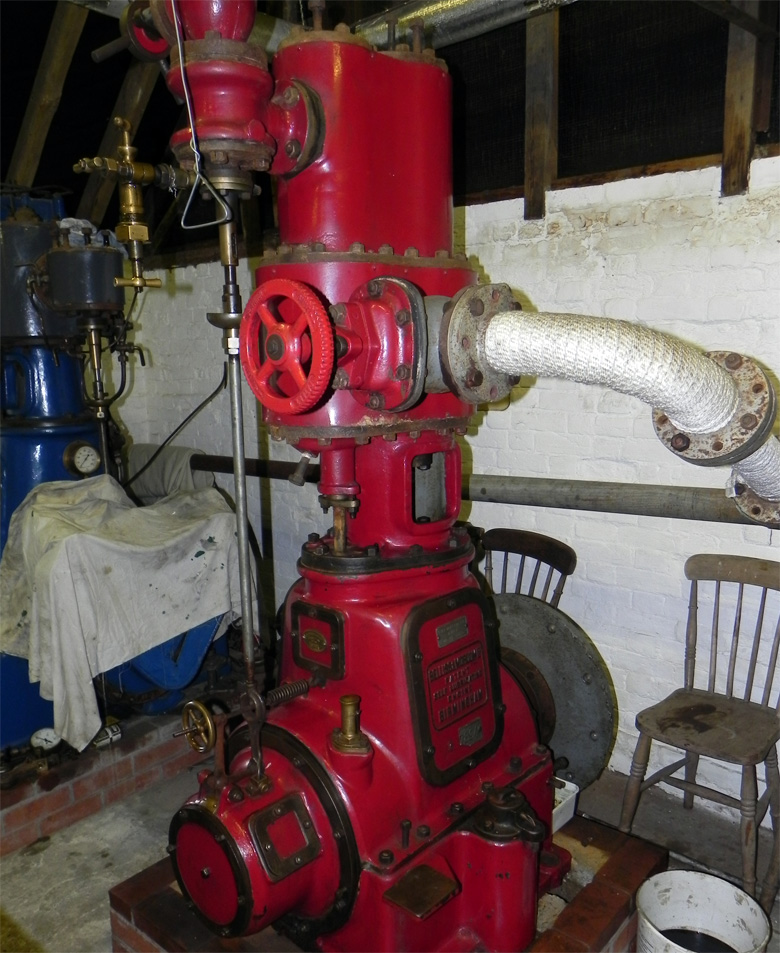 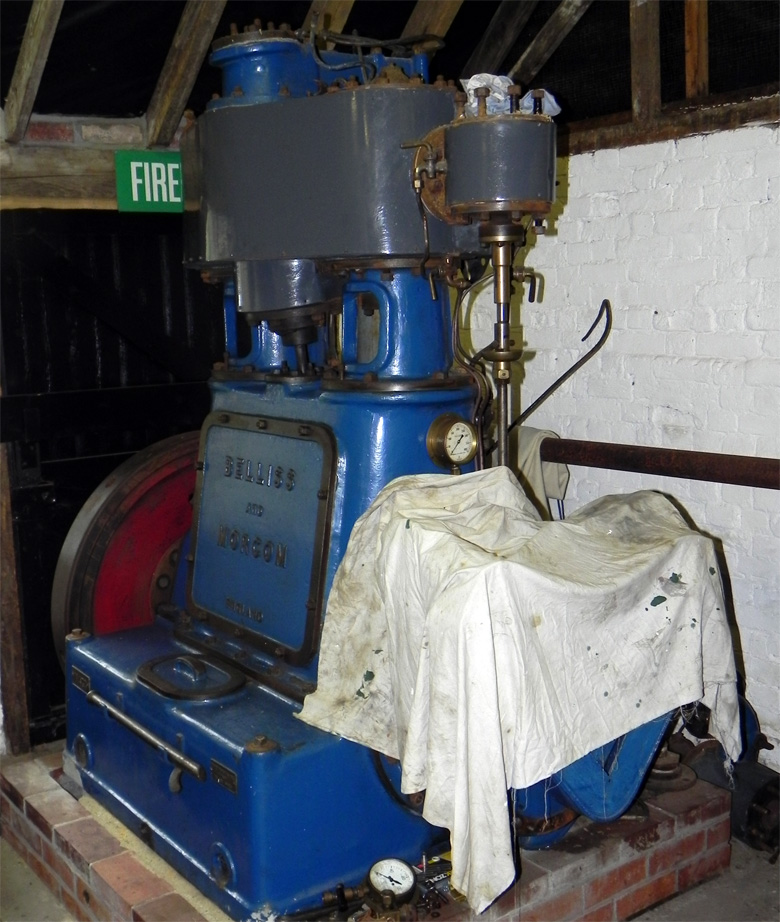 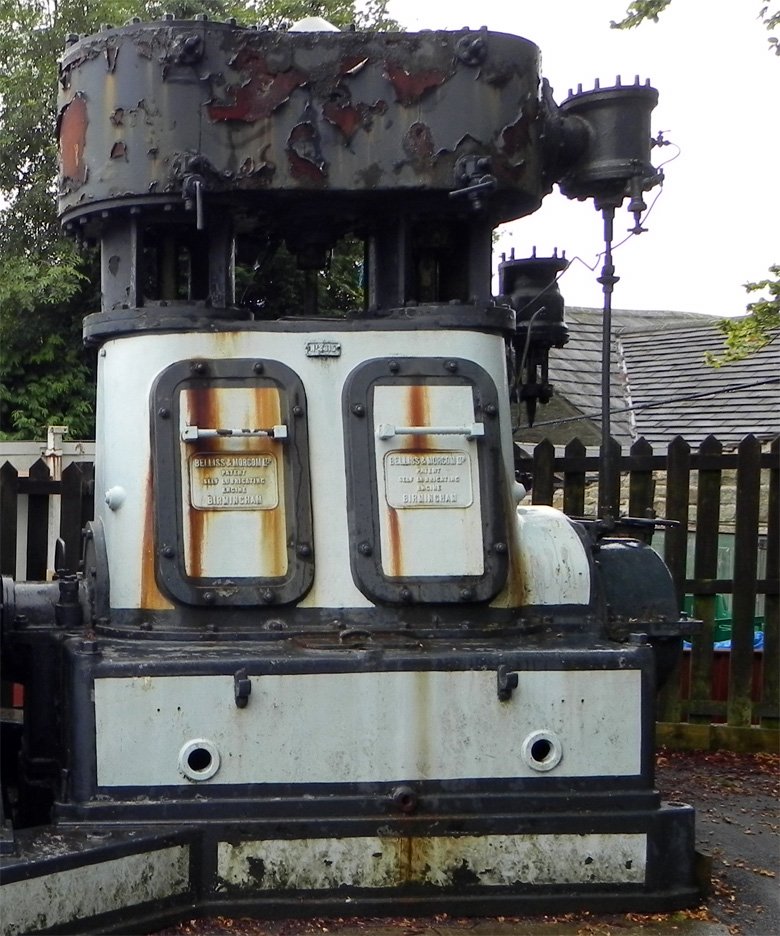 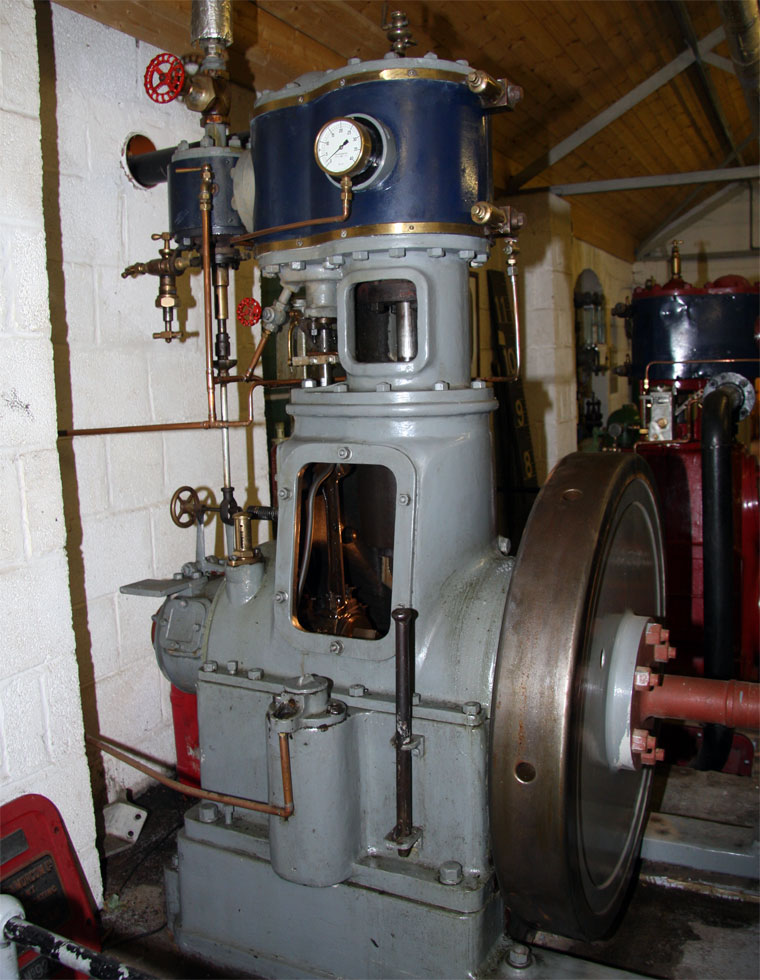 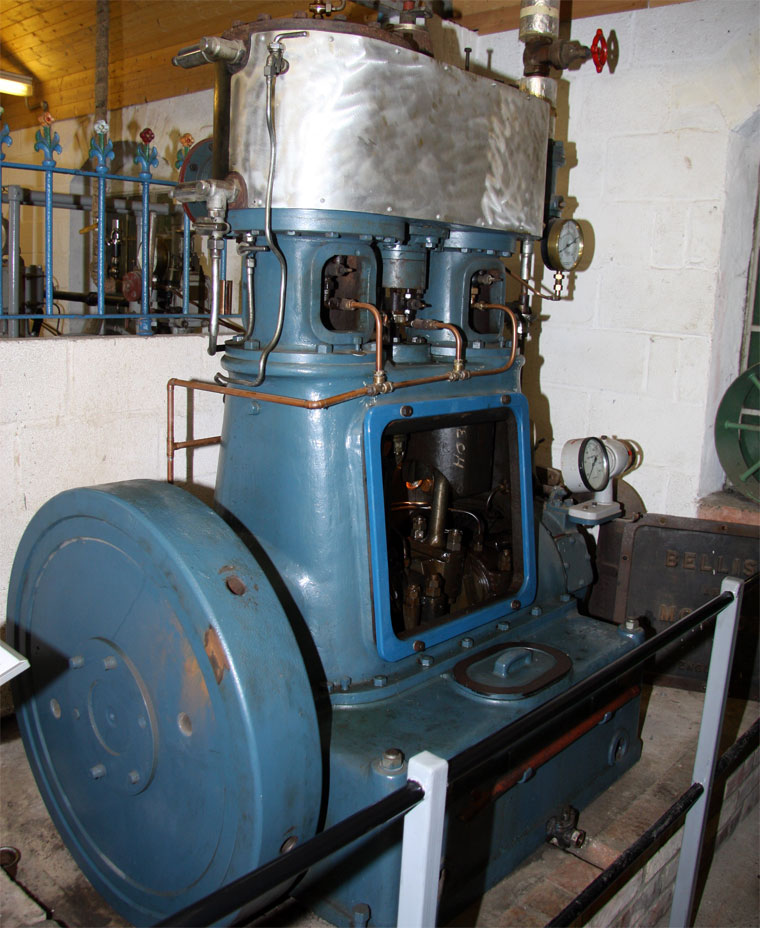 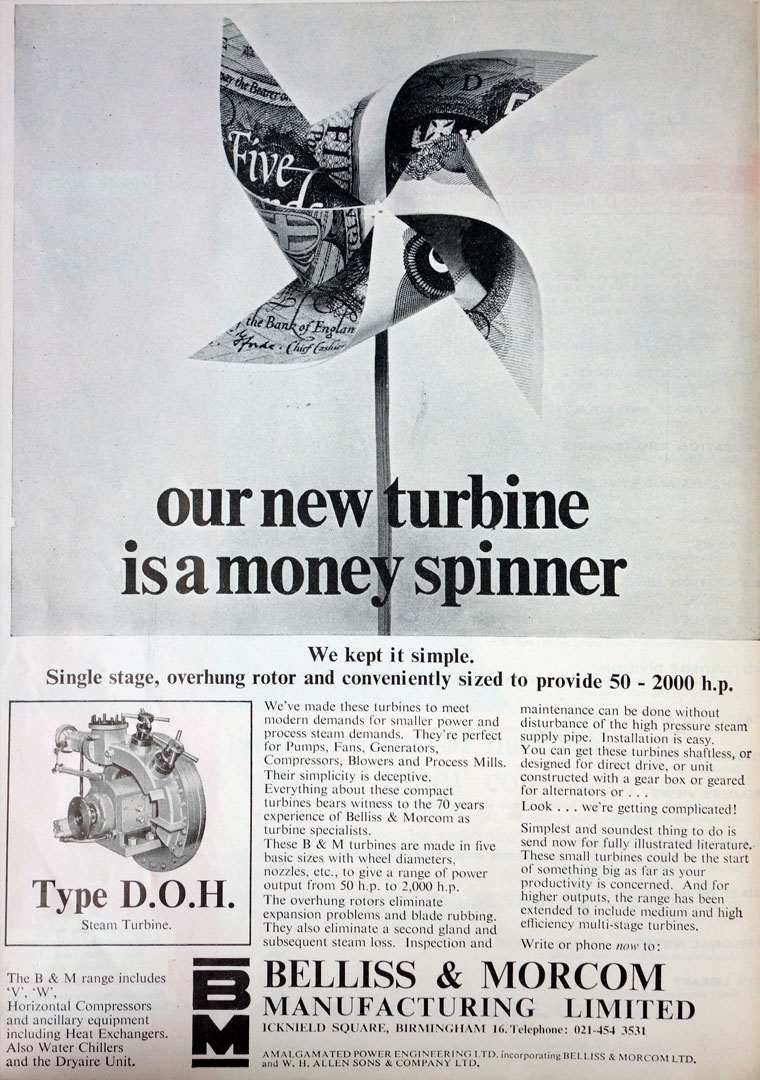 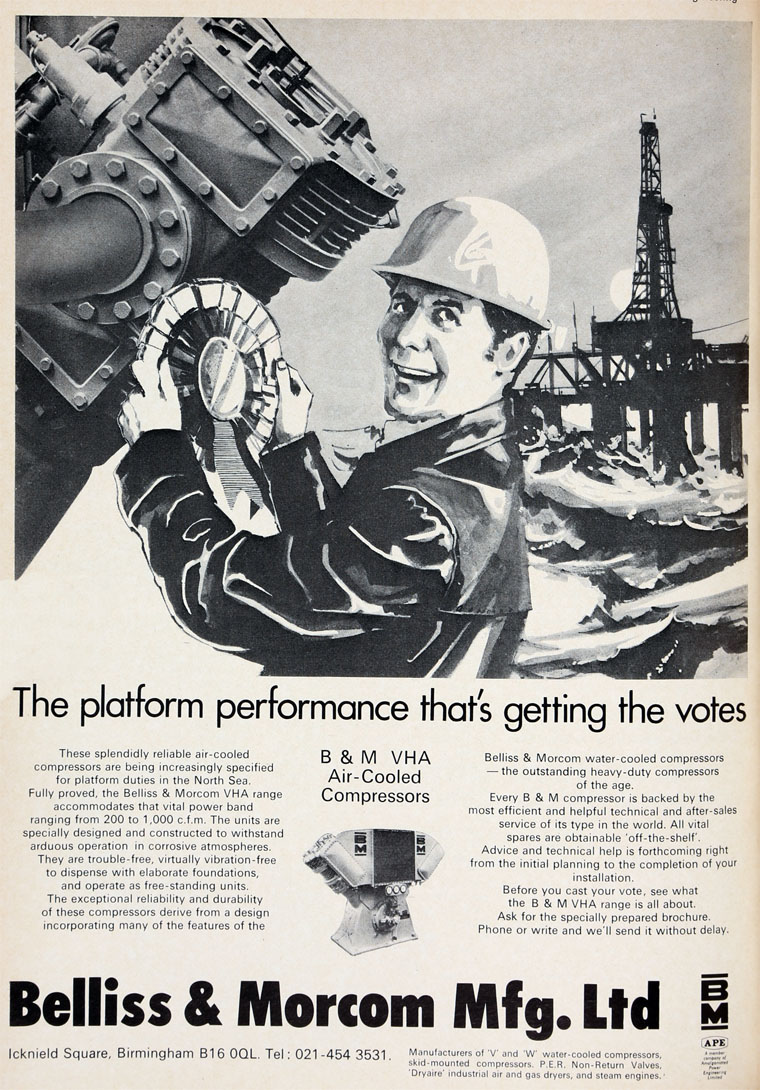 1862 Shortly after completing his articles, George Edward Belliss acquired the business of R. Bach and Co at 13-14 Broad Street, Islington, Birmingham, and went into partnership with Joseph J. Seekings, as Belliss and Seekings.

1884 Marine engineer, Alfred Morcom invited by Belliss to join G. E. Belliss and Co as partner. Morcom had previously been chief engineer at Sheerness Dockyard; before that he had been an instructor in the Navy's steam department at Portsmouth and was "one of the few engineers to gain a first class certificate at College" [3].

1887 Order placed with Messrs Belliss and Morcom for triple-expansion engine for H.M.S. Sharpshooter, which would be the lightest engine for its power[6].

1891 High-speed engine with forced lubrication is in the London Science Museum.

1893 G. E. Belliss and Co incorporated as a Limited Company

1899 New factory opened in Icknield Square. Need for extra capital met by formation of the company Belliss and Morcom, which was registered on 3 May, to take over the business of engineers of G. E. Belliss[8].

1907-8 Built one double-decker bus for the London General Omnibus Co. It had twin chain final drive.

Post WWII Belliss and Morcom Ltd. began to take a financial interest in W. Sisson and Co, a firm developed from the business established in Gloucester by Joseph Seekings.

1949 New steel shop opened on the former site of James Archdale and Co.

1960 Heavy duty compressors and other equipment.

1966 The receivers of Crossley Brothers had reorganised the company and sold the business and assets to some of its subsidiaries. Subsequently Belliss and Morcom acquired, from this process, Crossley-Premier Engines and Furnival and Co[17].

1968 Merger of W. H. Allen, Sons and Co and Belliss and Morcom; new holding company known as The Amalgamated Power Engineering Company Ltd (APE) would be owned 60:40 by Allen's and Belliss's shareholders [18]. Later this became part of NEI.

An excellent collection of photographs and reminiscences is available online [20]