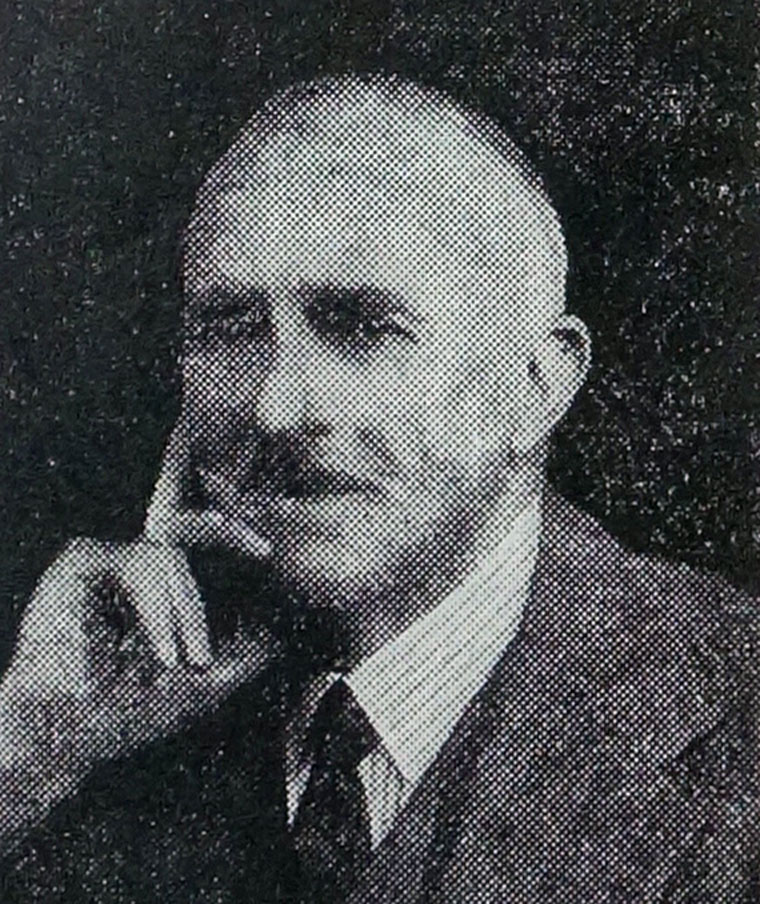 "BENJAMIN HANDLEY was born in London in 1877, and was educated at Battersea Grammar School and the City and Guilds of London Technical College, Finsbury. His early life was spent in London, Worcester, Wakefield, and Taunton, obtaining experience in design, maintenance, and operation of electrical traction and generating plant. In 1902 he went to Portsmouth Electricity Works as a charge engineer and within a year was promoted chief assistant engineer.

In 1920 he was appointed engineer and manager of the City of Portsmouth Electricity Undertaking, in which capacity he served until 1945. During this time the power station was completely redesigned and rebuilt, the generation being changed from single-phase to three-phase, and the working steam pressure increased from 150 lb. per sq. in. to 625 lb. per sq. in. He saw the area of the undertaking increased from a few square miles to nearly 200 square miles, with an increase of output from a few million to 140 million units per annum. These extensions at Portsmouth were continued throughout the war period and, despite extensive damage by enemy action, interruption of supplies occurred only twice and then for brief periods only. When he retired from this position he was retained in a consultative capacity to see the completion of the main projects he had started, finally retiring in 1946.

Mr. Handley's main interests in life, apart from his work, were gardening and travelling. He was at home in the majority of countries in Europe and had visited Canada, the United States, Russia, and elsewhere. It was his intention to retire about 1940 and spend his well-earned rest in wandering from country to country until he found a place where the climate suited him best. But the war spoiled his plans and he had to console himself with the thought that he was at least kept busy with the results of the hostilities.

He was always interested in the practical training of young engineers and numbered amongst his many friends members of the scholastic profession. He was always ready to help those in real trouble and was probably one of the most easily approachable men to be found.

His death occurred at Portsmouth on 25th February 1948, after a short illness."