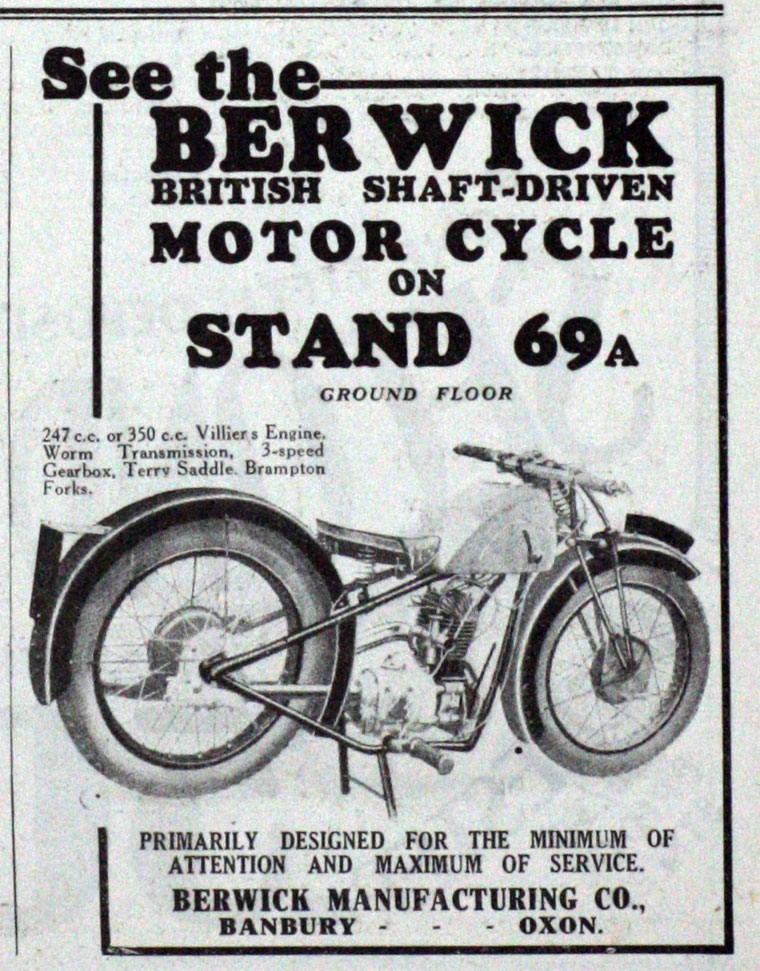 Built to show at Olympia, this unusual lightweight machine was a prototype that never went into production. With a choice of 247cc or 343cc, the Villiers engine was turned round so that the fly-wheel magneto was at the front. The extended rear crankshaft drove a three-speed gearbox bolted to the crankcase and that drove the rear wheel by shaft and underslung worm. This was all fitted into a duplex frame with Brampton girder forks. Both front and rear were fitted with 7-inch brakes. The company then moved to Banbury, Oxfordshire, but nothing more was heard of it.