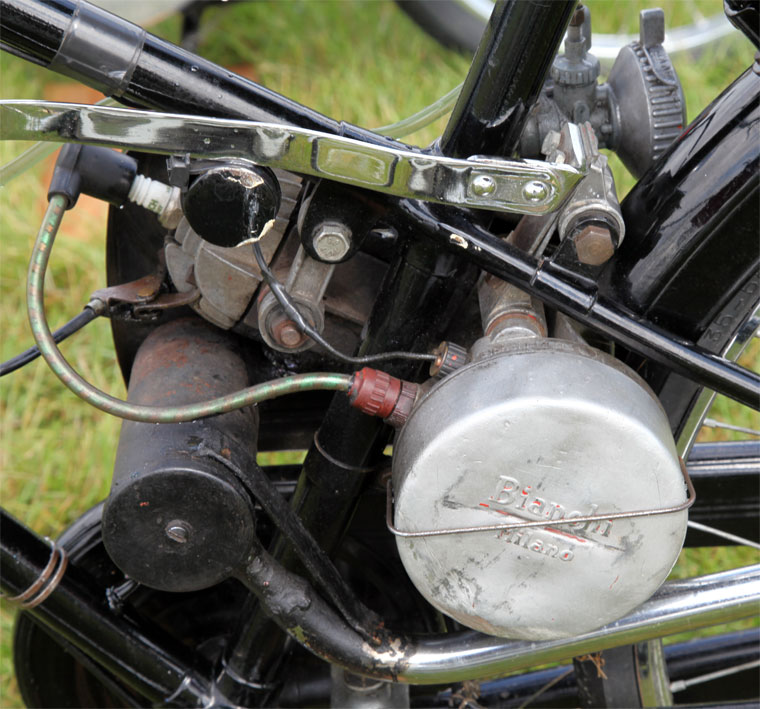 Bianchi motorcycles were made from 1897 to 1967 by F.I.V. Edoardo Bianchi S.p.A, a company which today is a major Italian bicycle manufacturer, and who also produced automobiles from 1900 to 1939. Edoardo Bianchi started his bicycle manufacturing business in a small shop on Milan’s Via Nirone in 1885. Bianchi was a prominent name in the motorcycle racing world from 1925 to 1930.

Edoardo Bianchi was an Italian motorcycling pioneer who began by building bicycles in 1885. He built a motorised bicycle in 1897, and a car in 1900.

In 1903 he fitted engines in the centre of strengthened bicycle frames, and by 1905 also fitted Truffault leading link forks.

In 1910 Bianchi built a 498 cc single that was very successful and established the Bianchi motorcycle name.