Grace's Guide is the leading source of historical information on industry and manufacturing in Britain. This web publication contains 145,069 pages of information and 230,729 images on early companies, their products and the people who designed and built them. 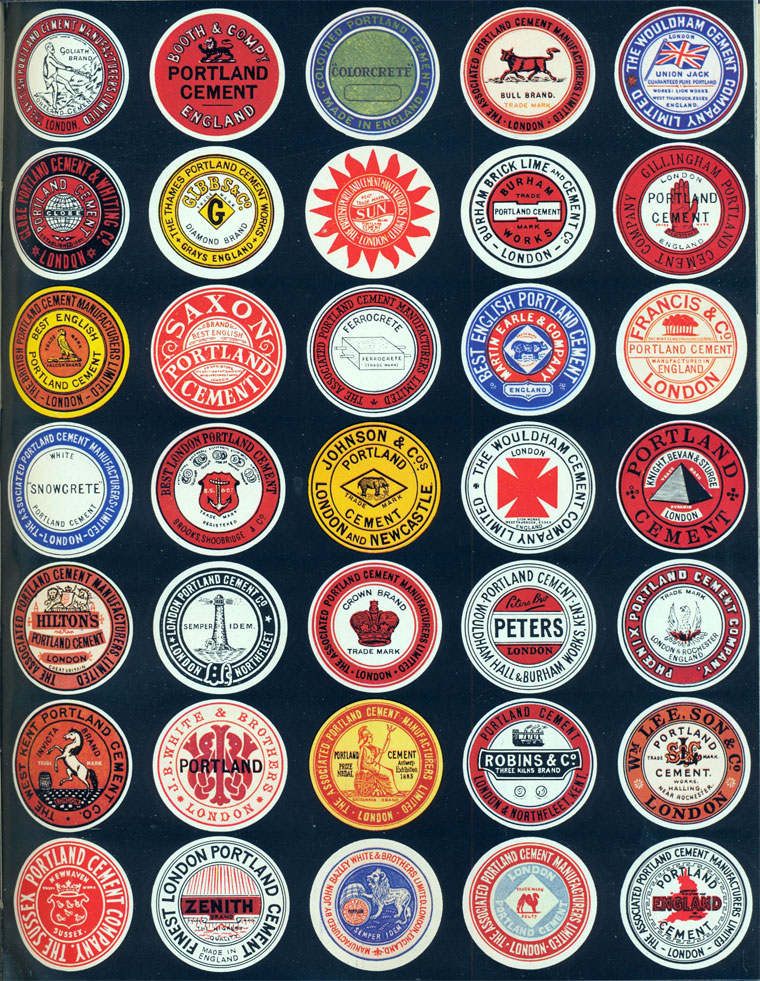 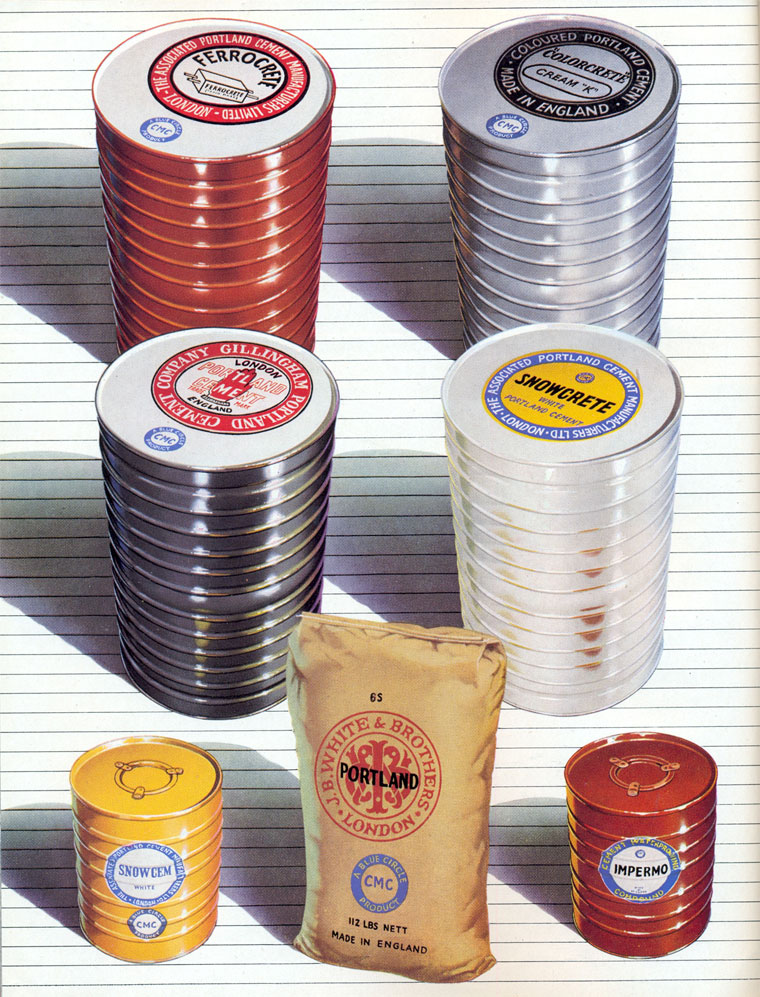 1883 William Tingey and Son, a cement manufacturer from the Frindsbury Cement Works, in Rochester, Kent, registered their first trademark for Portland cement in 1883. [1]

1900 Associated Portland Cement Manufacturers, later to be known as Blue Circle, was formed by the amalgamation of 24 cement companies (including Tingey's), owning a total of 35 cement plants, all but two of which were located on the Thames and Medway estuaries near London.

These companies included the two cement plants (Robin's and Swanscombe) that first manufactured Portland cement in the 1840s. The initial prospectus of the merger (in a time before anti-trust laws) was to unify the entire British cement industry, eliminating competition, and excluding imports. The attempt to achieve this failed, because a number of small companies, many of them outside the London area, refused to discuss the proposition, four major players in the initial discussions dropped out, and a further three committed companies dropped out at the last minute.

Associated Portland Cement Manufacturers held 70% of the British cement manufacturing capacity (1.25 million tons per annum out of a total 1.8 million tons). The company had acquired, at considerable cost, patents related to the use of rotary kilns. Armed with these, and its critical mass, the company expected to sweep all competition away.

In practice, the cement kiln patents proved valueless, since rotary kilns were already in place or being installed by their competitors. In the ensuing decade, the majority of the rotary kilns installed in Britain were installed by the competition, including several newly-launched companies. Because of the disastrous circumstances of the company launch, it was short of cash and could ill afford investment.

1910 Its capacity remained 1.25 million tons per annum, although competing capacity had risen to 1.8 million tons. Although a few favoured plants had been uprated, the majority of the original 35 had been shut down.

1911 A second attempt was made to unify the industry. 33 companies, including all the original drop-outs, were merged to form the British Portland Cement Manufacturers Ltd. This time, a substantial number of plants outside the London area were involved. Again, a small but significant number of companies refused to join. The combined APCM and BPCM companies now controlled 80% of national capacity, in 58 plants. This pattern became a template for subsequent history: declining capacity share was periodically boosted by acquisition of competitors, and the company continued to maintain 60-70% of British capacity until its demise.

1912 Blue Circle's overseas activities began. The Tolteca plant near Mexico city had been established by the American Louisville Cement Company. The Americans, rattled by Mexican political instability in 1912, wanted to sell out. A Blue Circle director travelling in Mexico wrote them a cheque and, on returning to London, announced to the Board that they were now operating in Mexico. Similar deals were made for plants in Vancouver Island, Canada and the Orange Free State, South Africa in the same year. In later years, its geographical spread became the saviour of the company.

1920s The company's main brand name - Blue Circle - began to be used informally for the company itself.

The company gradually built up a competence in the technical aspects of low-cost cement manufacture, and installed many new plants during the period 1950-1970, using its own specifications. It also sold manufacturing and plant-installation turnkey consultancy.

1970s During this period, Blue Circle became, briefly, the largest cement manufacturer in the world. The company faltered following the 1970s energy crisis. The company's UK capacity reached its peak of 13 million tonnes per annum in 1973, and ultimately fell to half that level. Simultaneous world-wide contraction of markets lead to severe retrenchment.

1980 Bid from Blue Circle Industries for Armitage Shanks was accepted by the Armitage board but referred to the Competition Commission, which did not block the merger.

1980s Major overseas investments were sold out, notably the by-then very large Mexican operation. The Mexican plants became incorporated in the Cemex group, which is now (2006) the world's third largest cement manufacturer. This was followed by several desultory attempts at diversification, which failed to enhance investor confidence.

1988 The Birmid Qualcast group was acquired by Blue Circle who sold off the foundry divisions[2].

1989 After a reference to the Monopolies and Mergers Commission, Blue Circle acquired Myson Group, despite the effect of reducing the number of British gas boilers makers from 5 to 4[3]

1990s During the latter part of this decade, the company again attempted to expand its cement operations geographically, this time in cut-throat competition with other large companies.