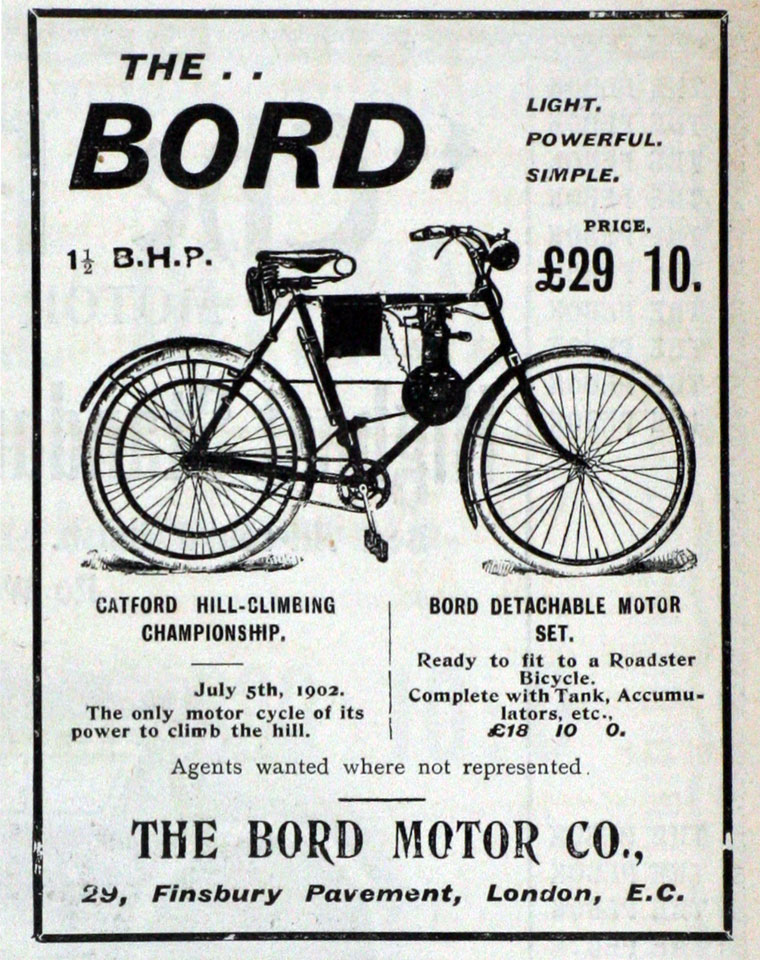 1902 They produced a 1.5hp clip-on engine that was designed to fit within the frame of a roadster bicycle. The complete outfit came with tank and batteries. Belt drive was to the rear wheel, tensioned by a jockey pulley.