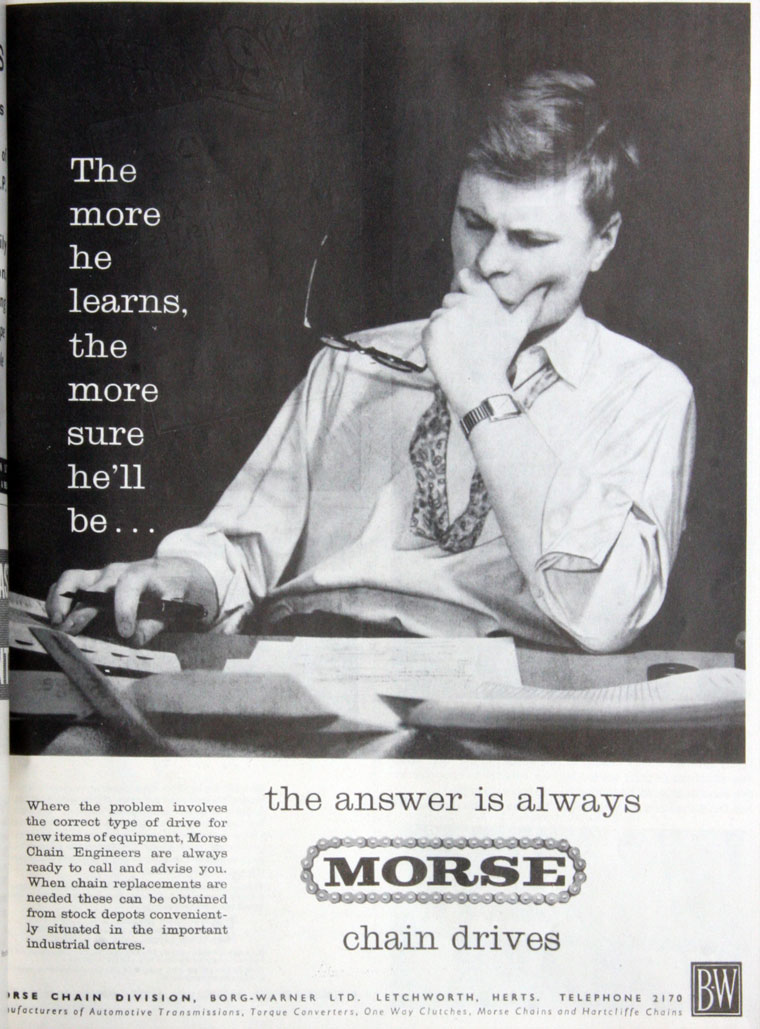 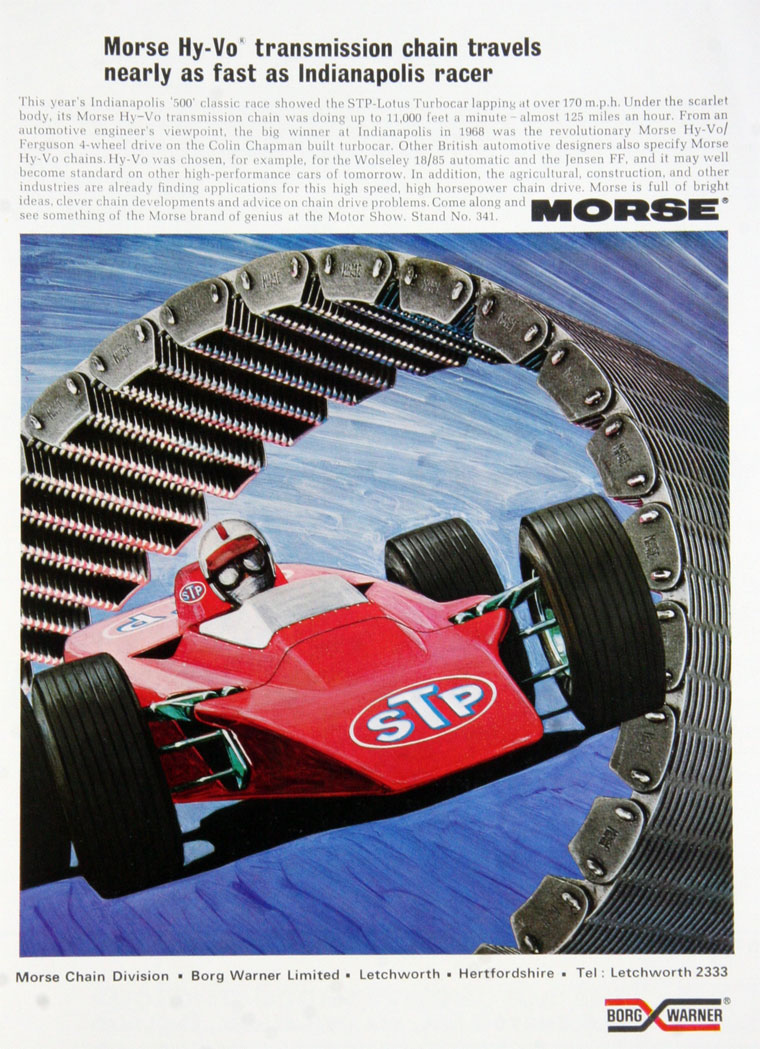 of Letchworth, British subsidiary of a US company, makers of automatic transmissions.

1928 The Borg-Warner Corporation was formed - including Borg and Beck, Marvel-Schebler, Warner Gear and Mechanics Universal Joint.

1929 The US parent acquired Morse Chain.

1955 establishment of plant at Letchworth to make automatic gearboxes[2]

1981 Fiat was BW's first major customer for their advanced CVTs.[5]