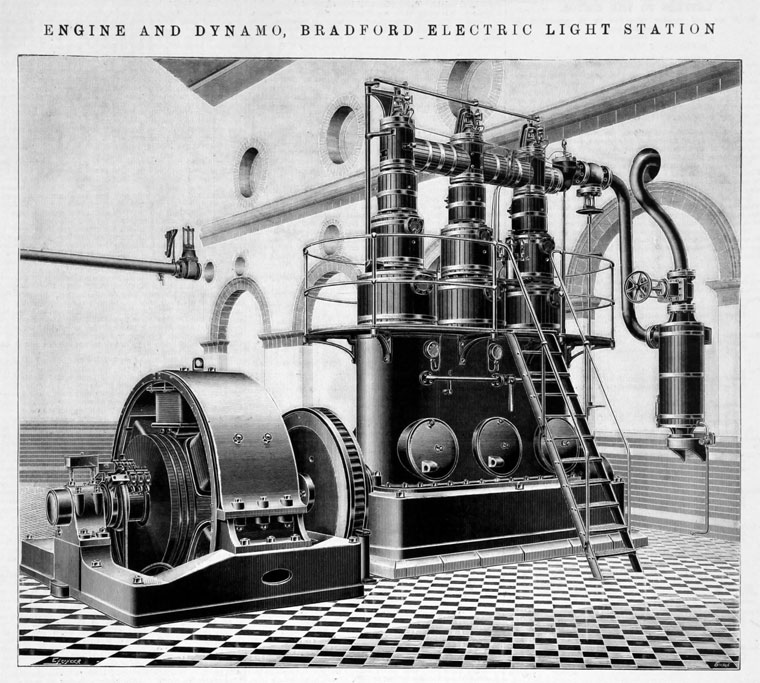 1887 J. N. Shoolbred drew up plans for the Corporation

1889 The generating station was opened in Bolton Road; it supplied dc at 115 volts; equipment was supplied by Siemens Brothers and Co

1897 A new station was opened, again equipped with Willans engines and Siemens dynamos; A. H. Gibbings was chief engineer to the Corporation.