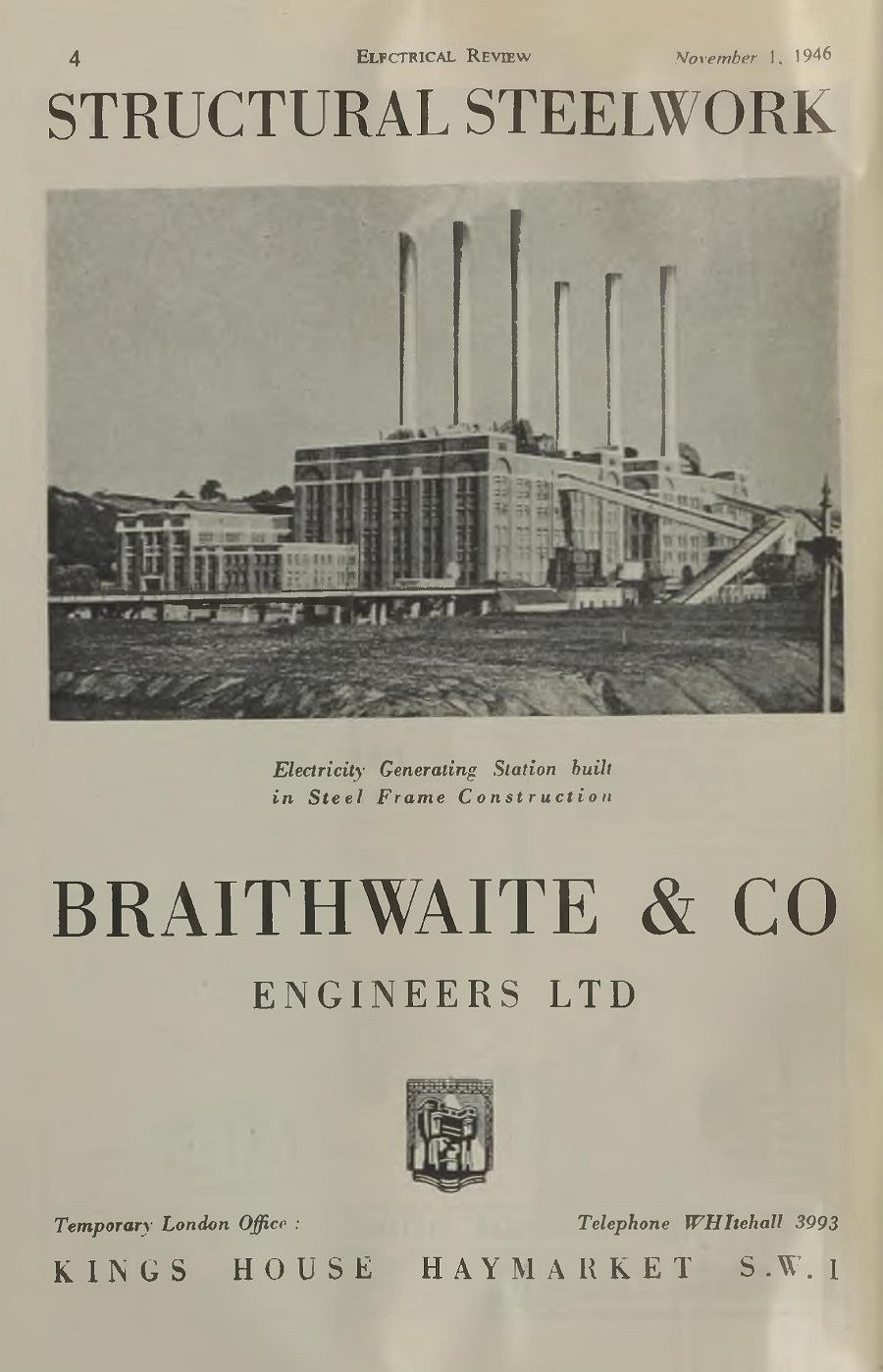 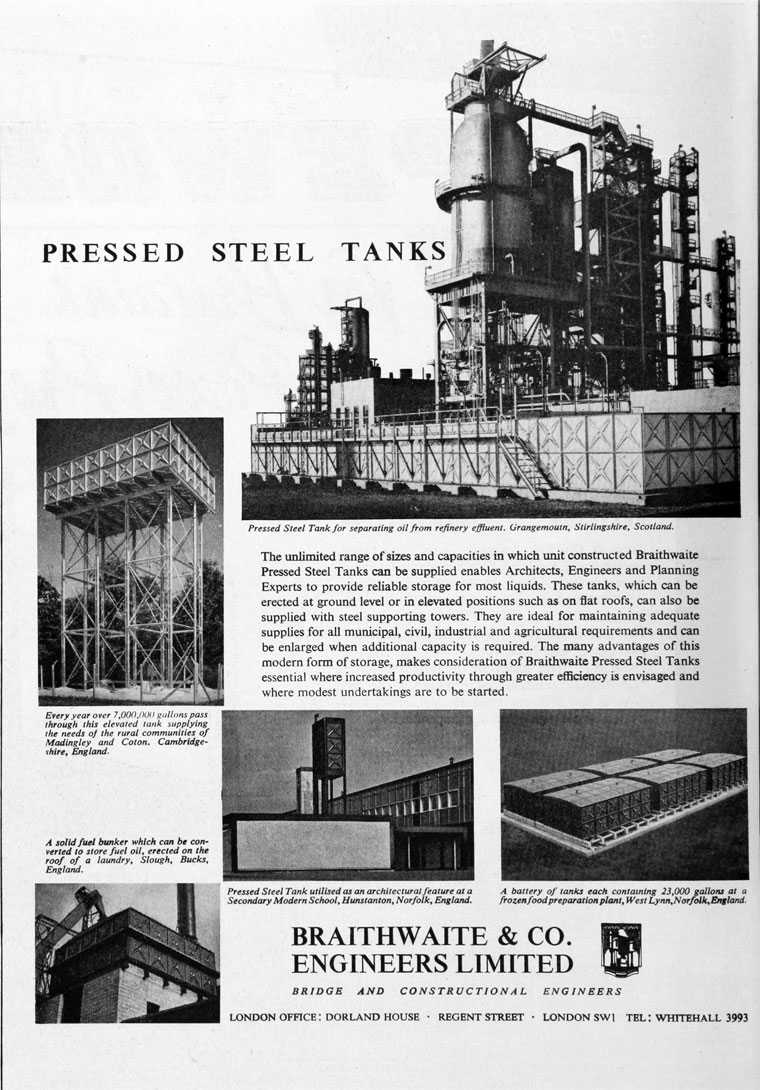 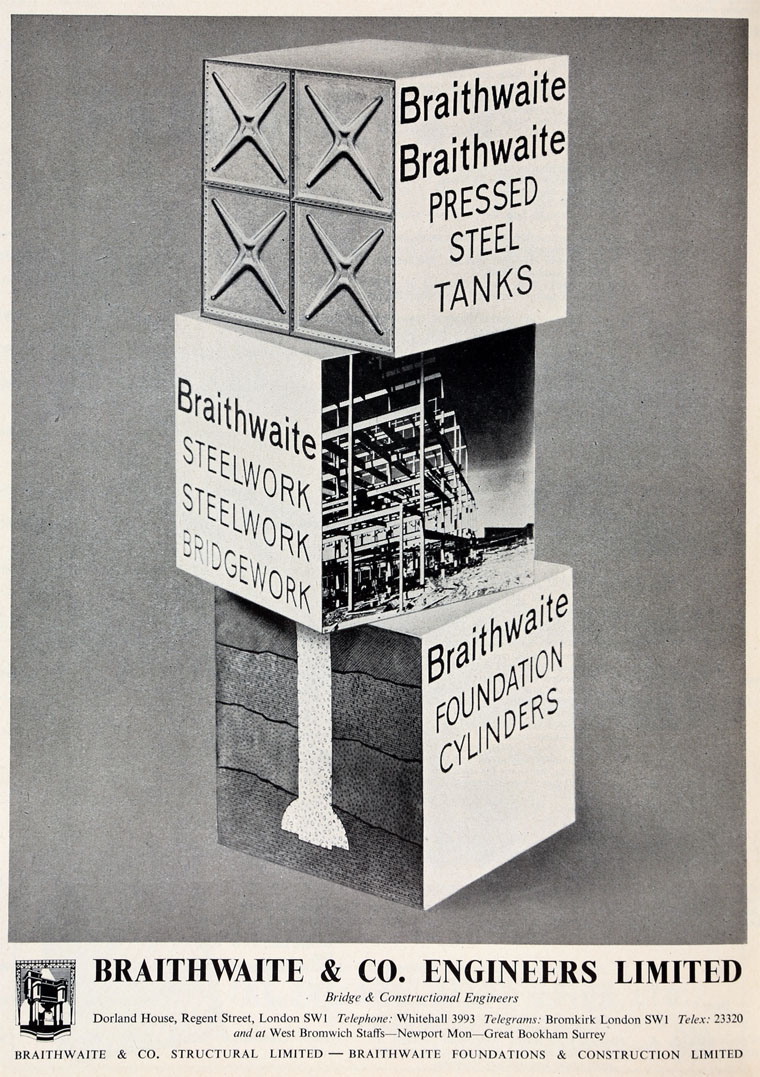 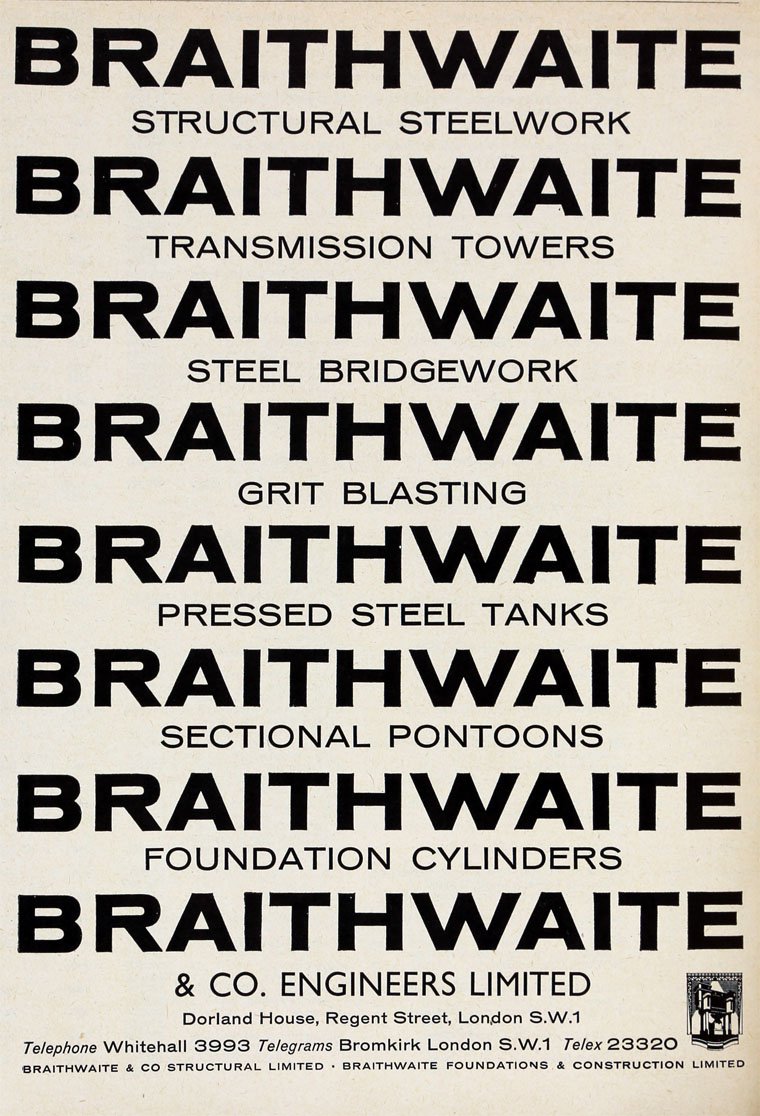 1917 After the dissolution of the partnership of Braithwaite and Kirk, the business was continued by James Hulse Humphryes and Alexander Anderson as Braithwaite & Co.[1], an engineering firm that produced ‘trench covers’, railway points, water tanks and skin and deck plating for ships. Also owned the Neptune Engineering works, Newport. Braithwaite and Co. Newport Works was a subsidiary company.

1921 Dissolution of the Partnership between James Hulse Humphryes and Alexander Anderson, Constructional Engineers, at 117, Victoria-street, Westminster, and elsewhere, under the style or firm of "BRAITHWAITE & CO." The business was carried by James Hulse Humphryes.[2]

Now called Braithwaite, based in Newport [5]