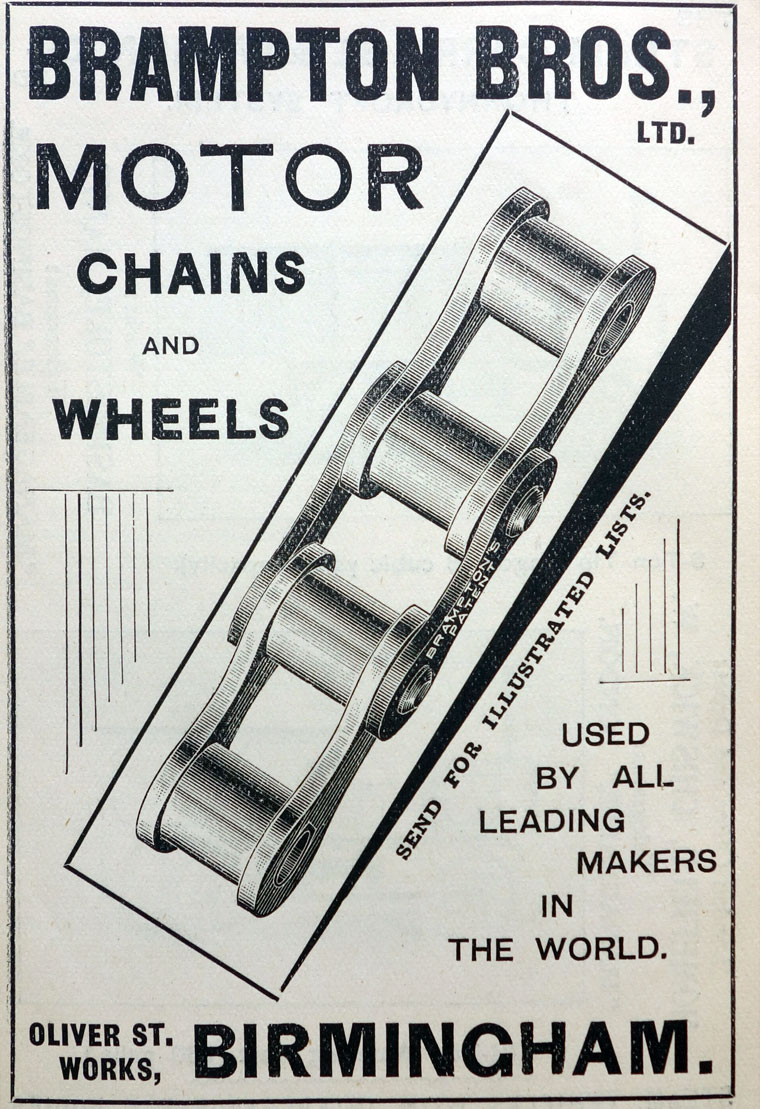 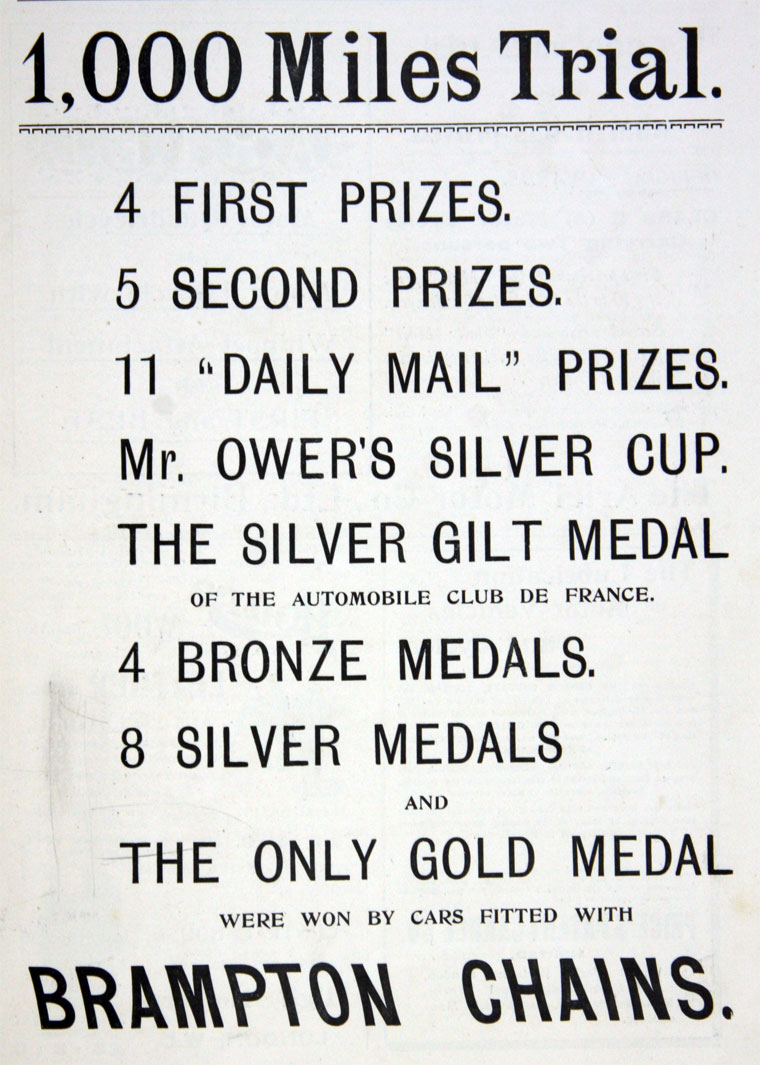 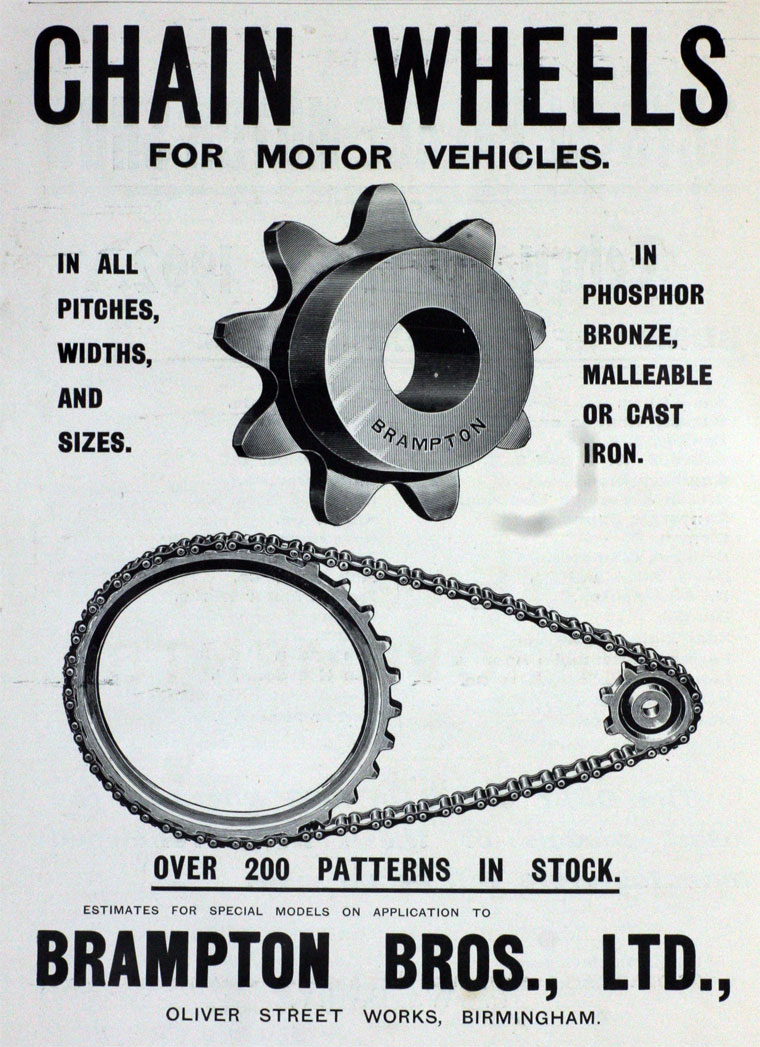 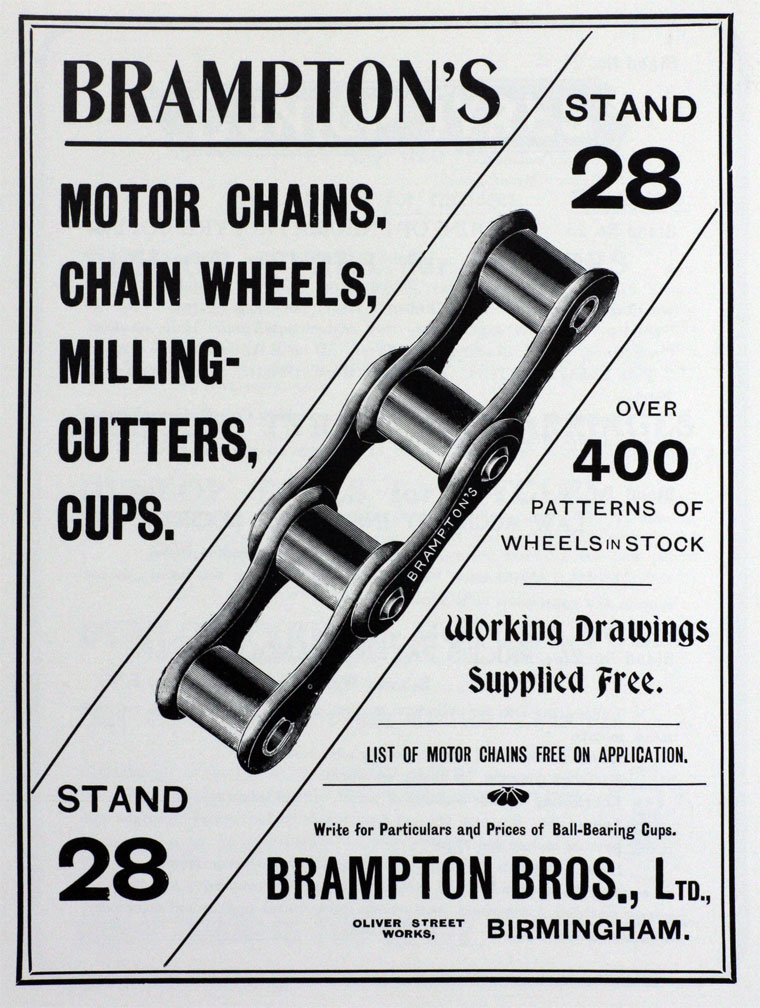 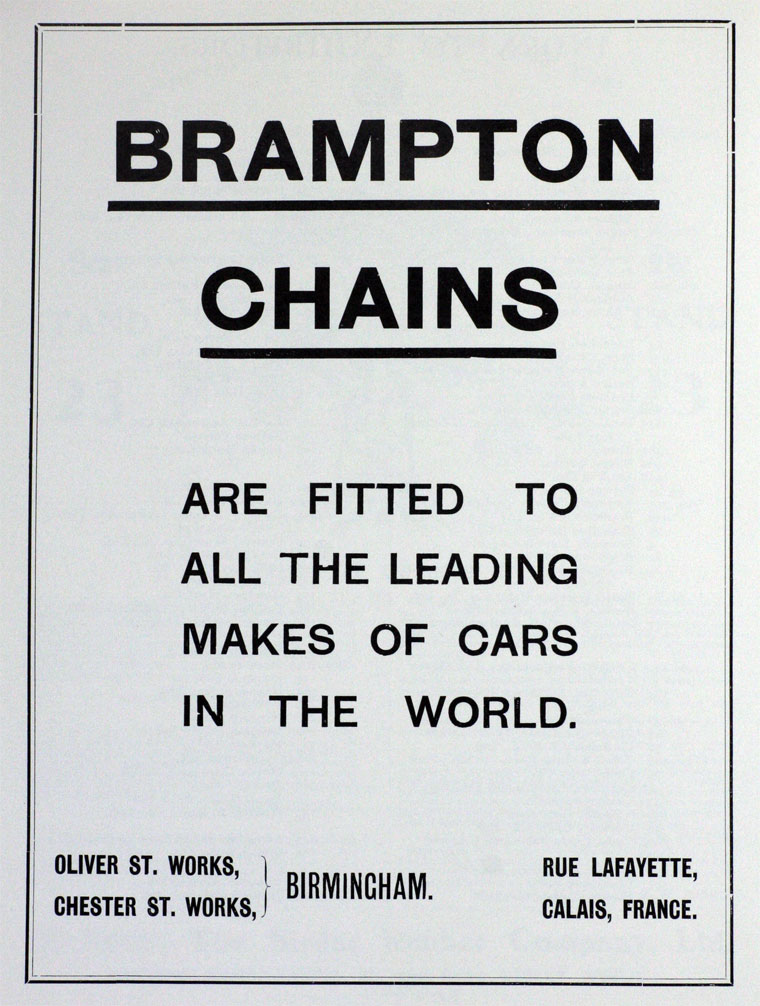 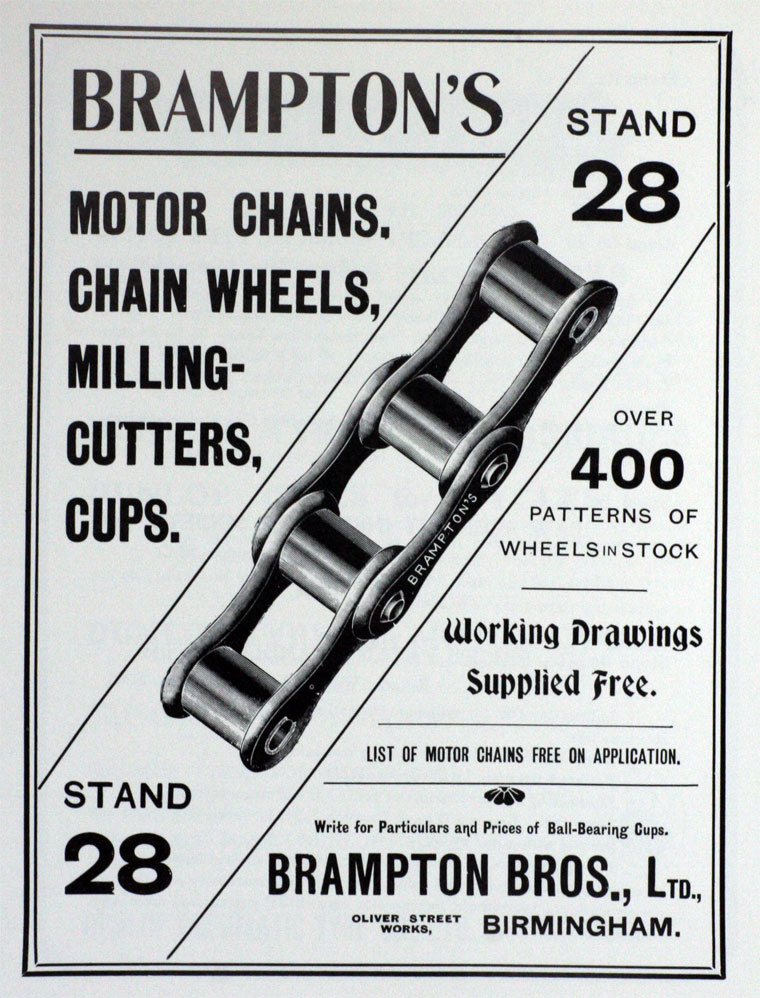 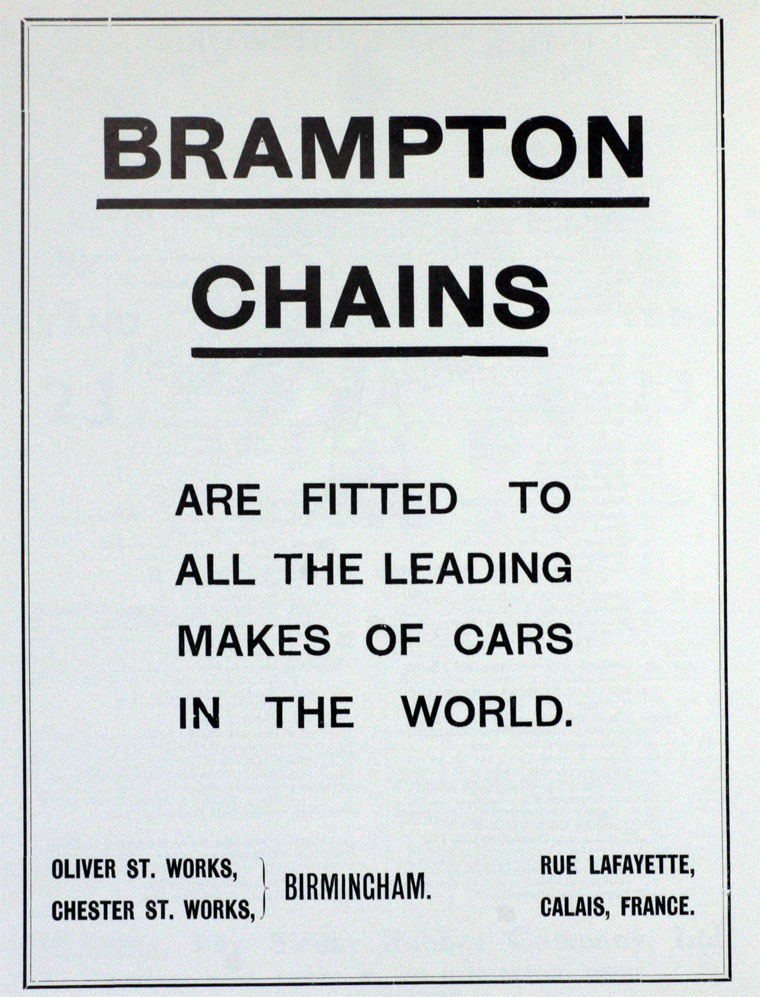 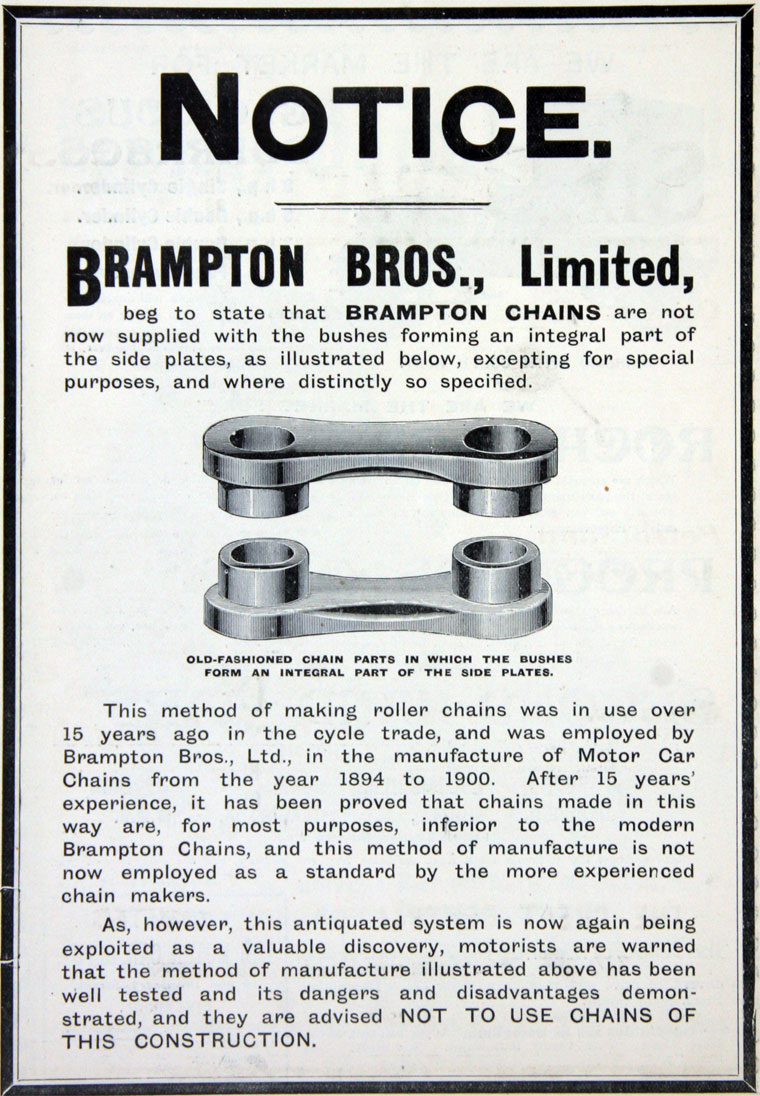 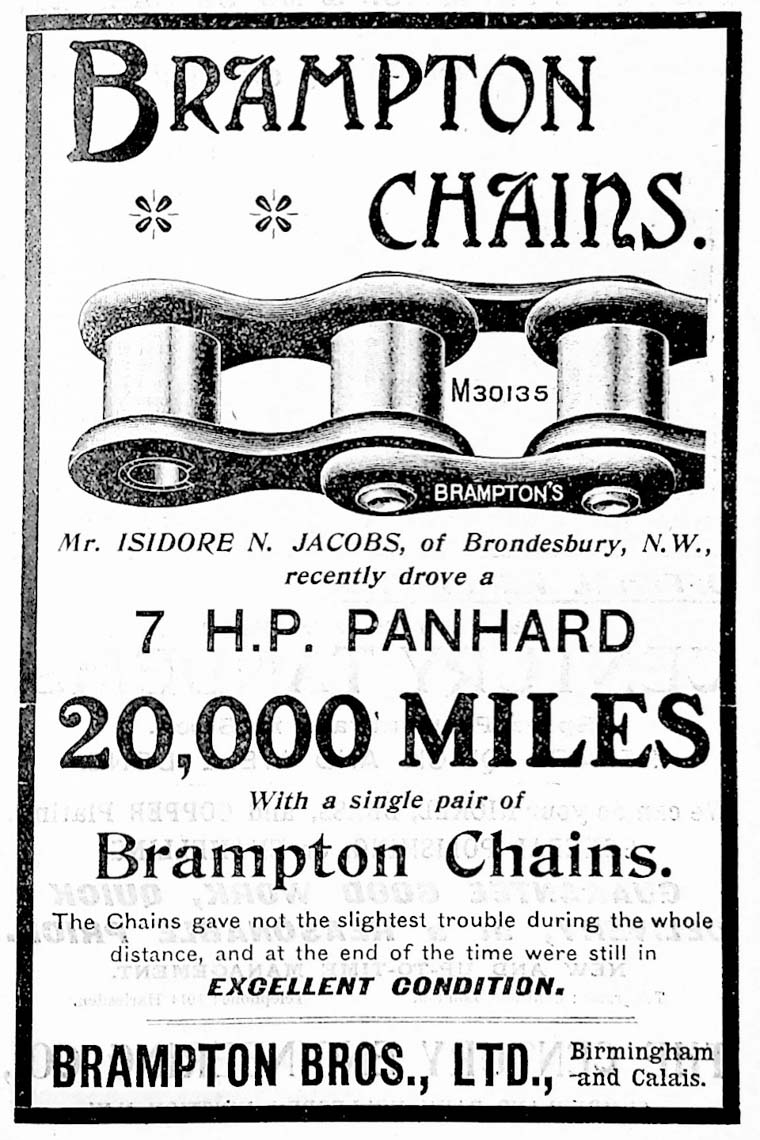 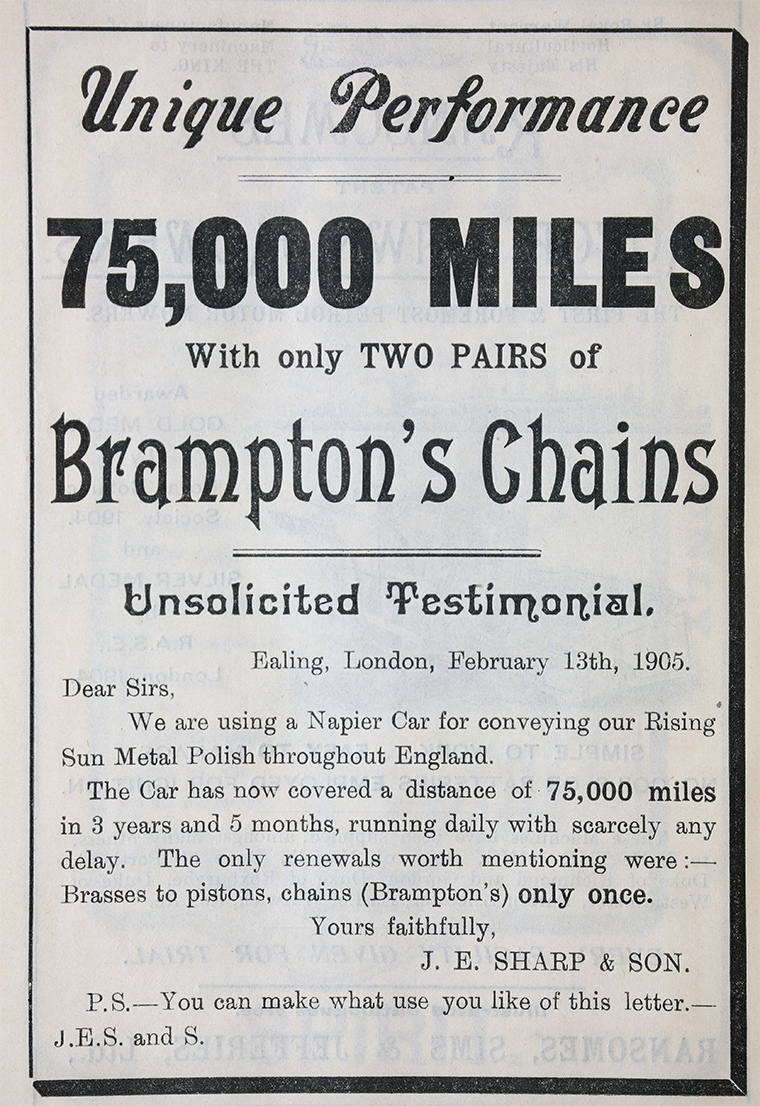 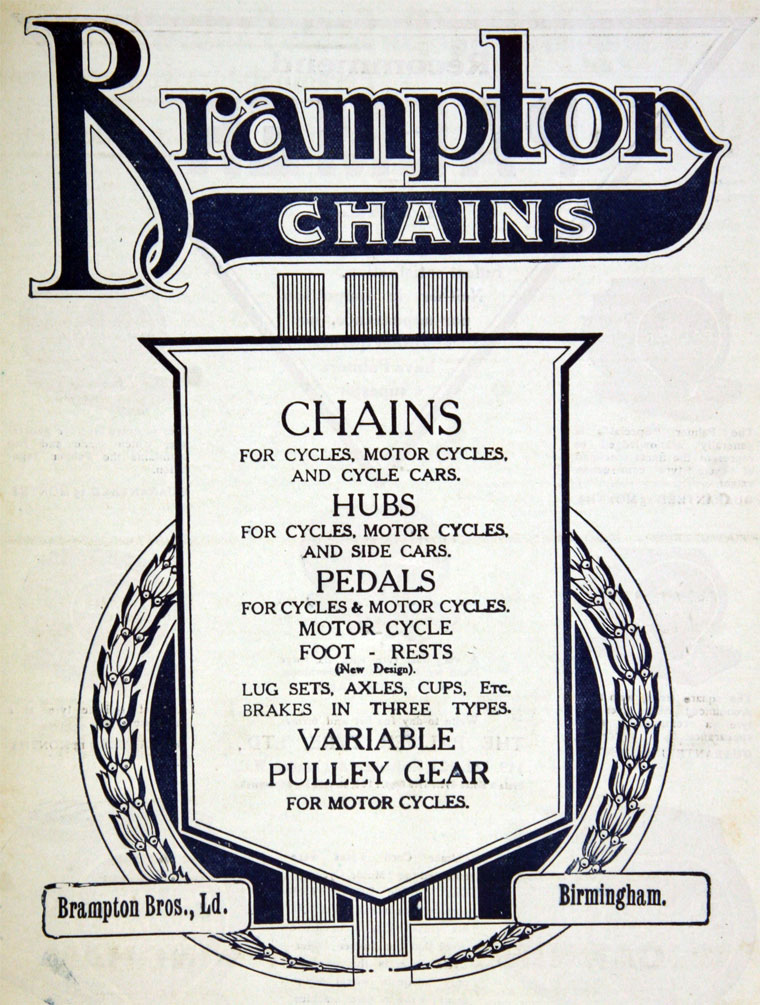 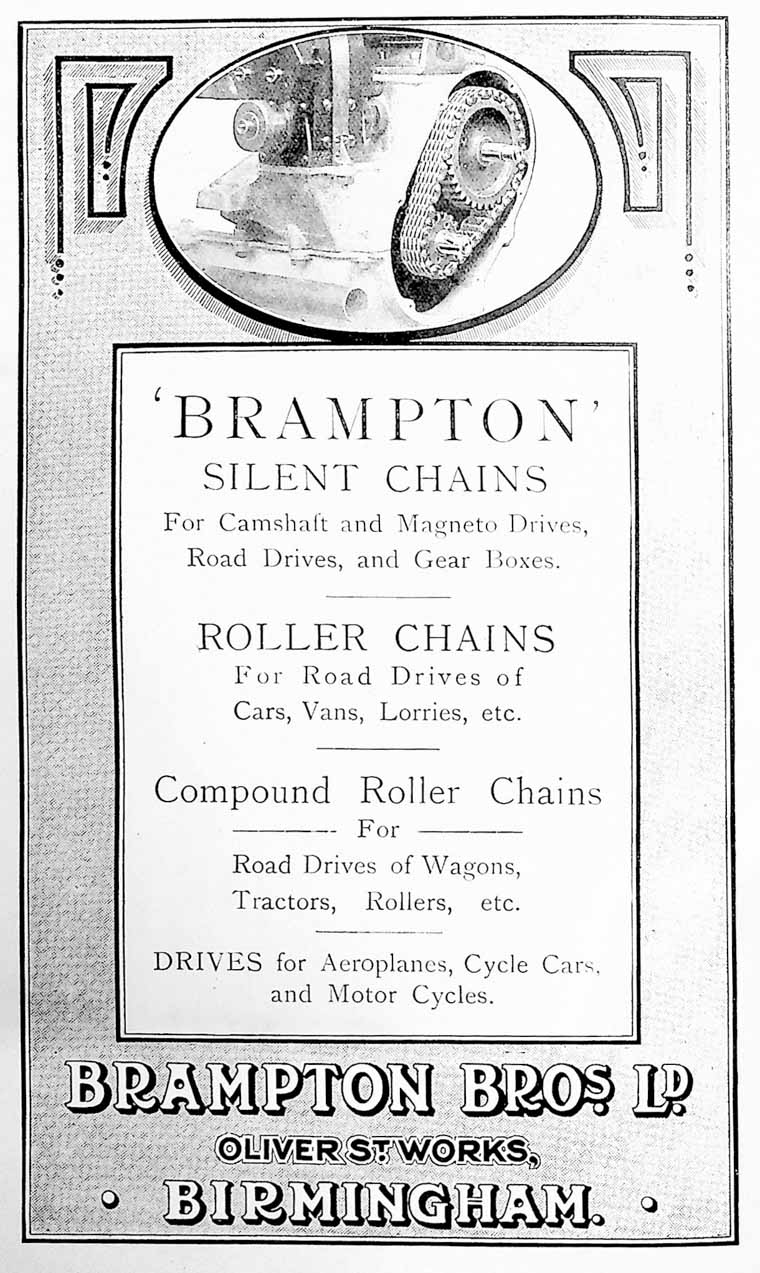 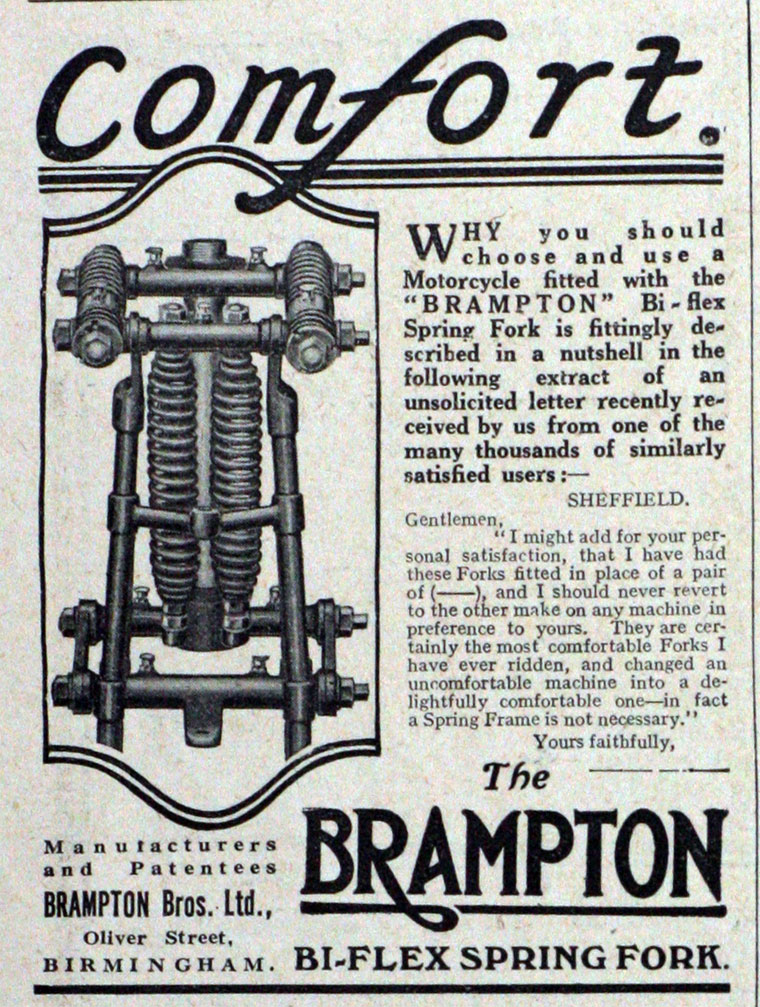 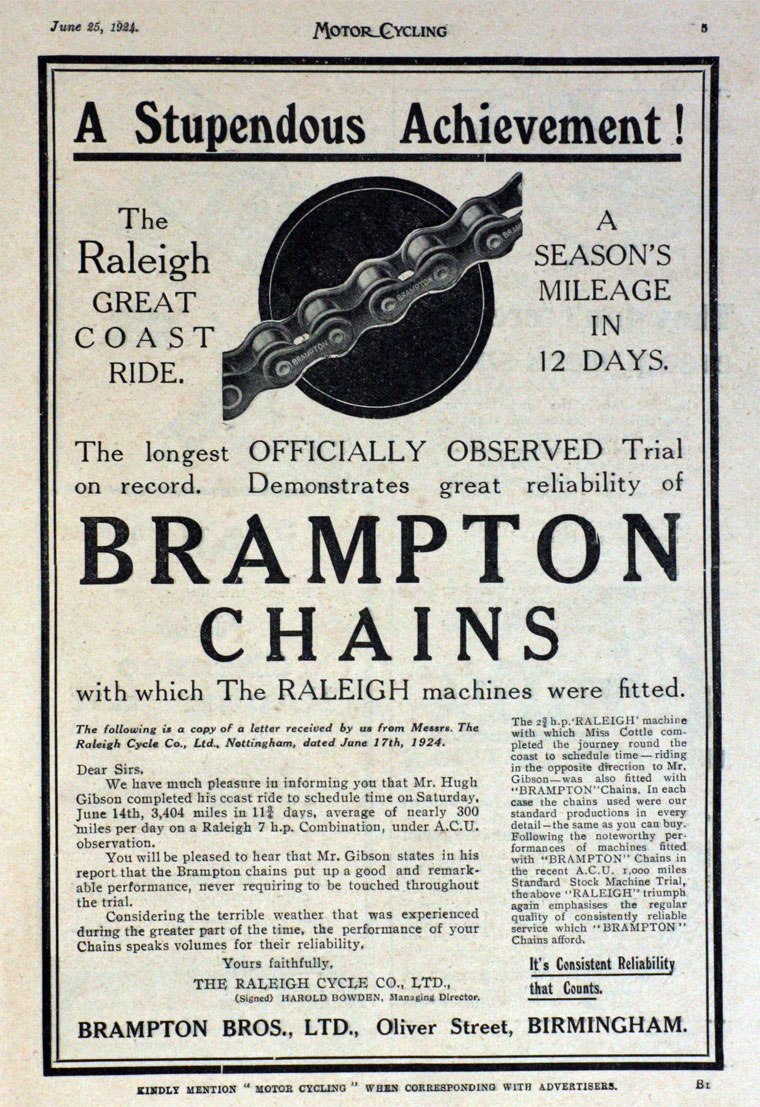 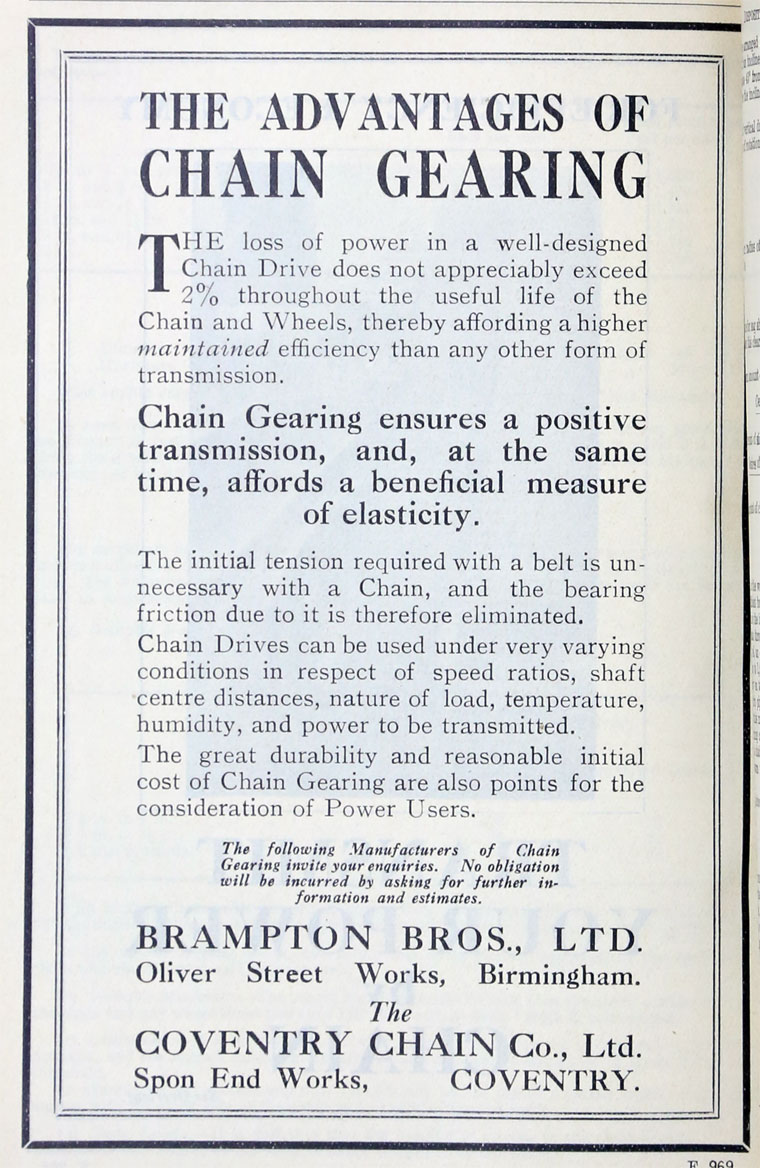 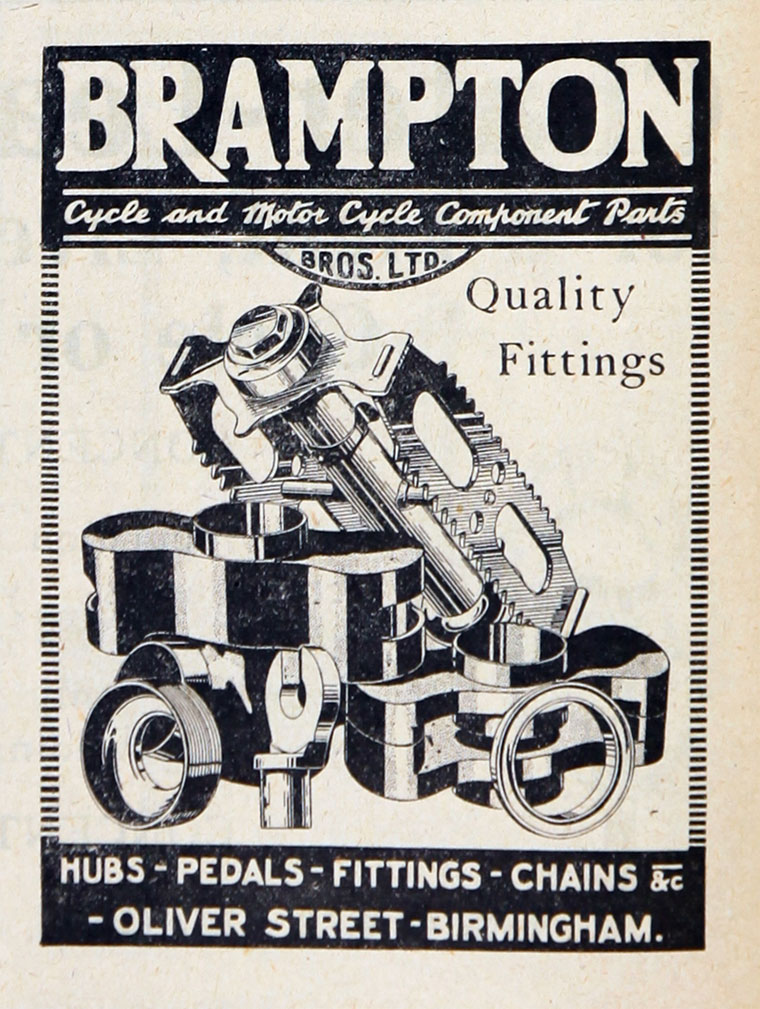 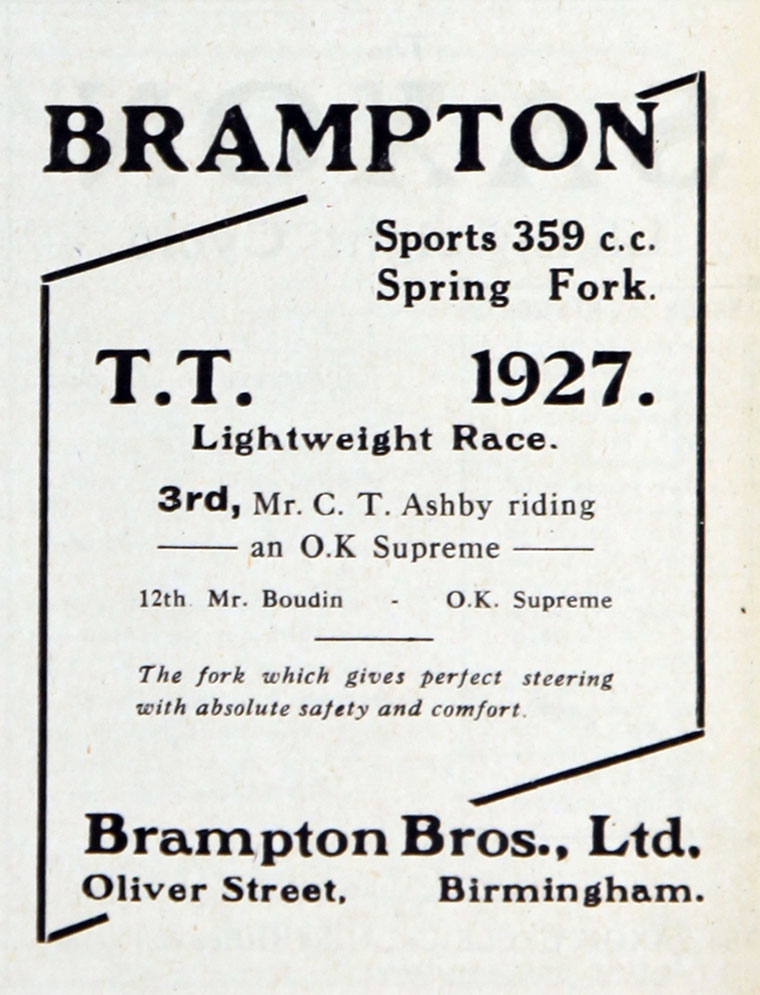 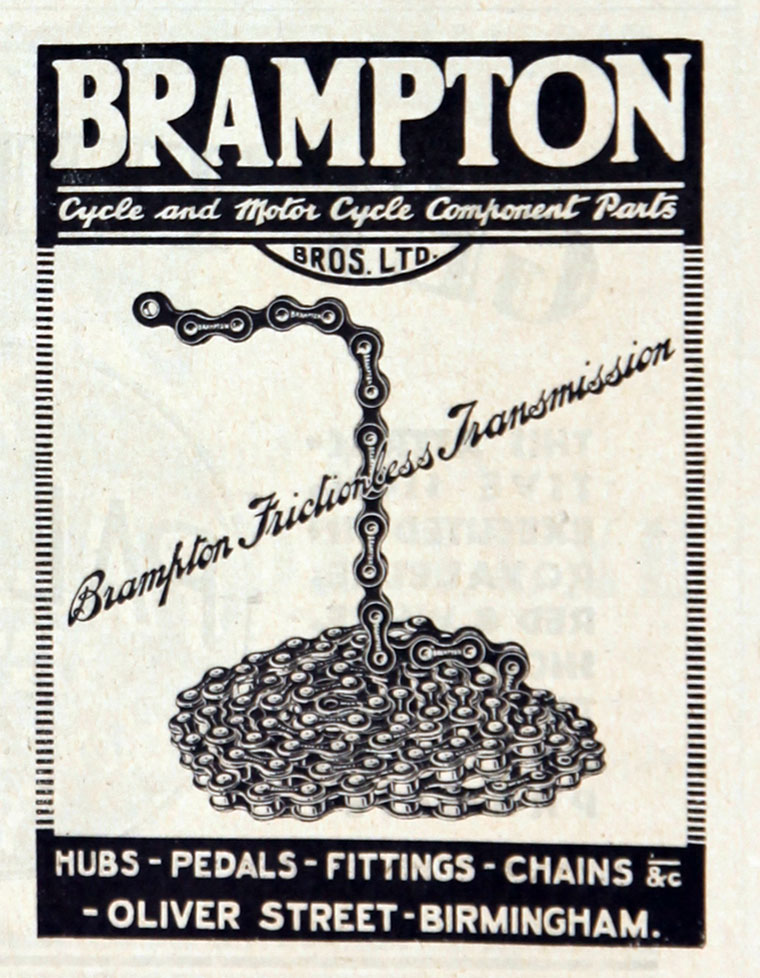 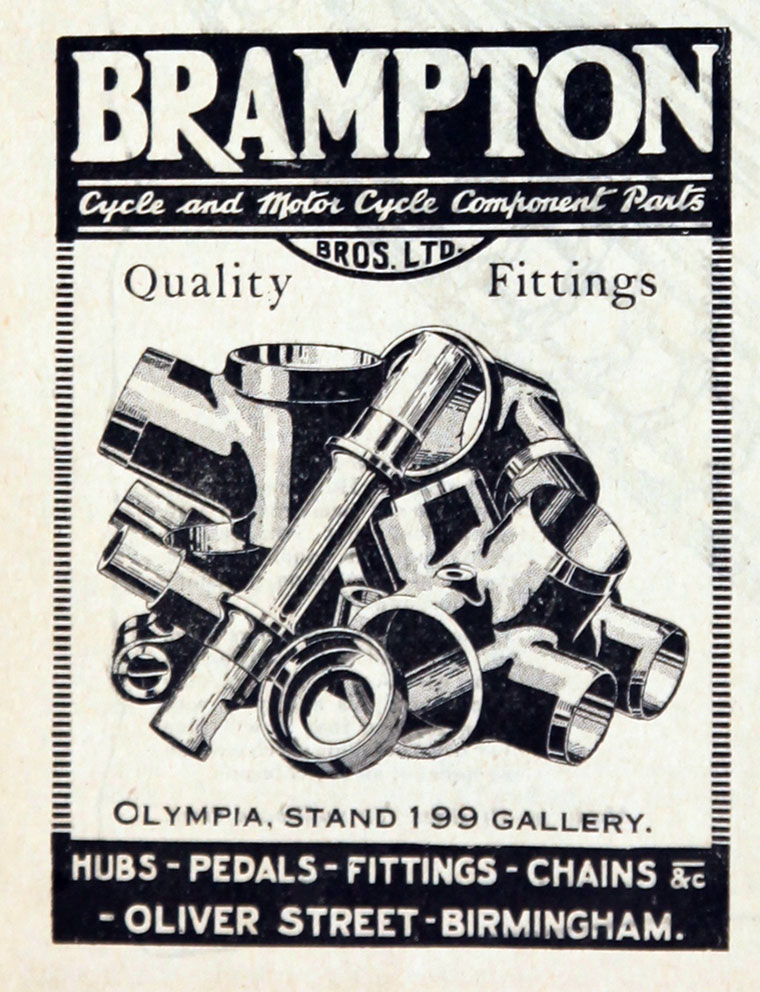 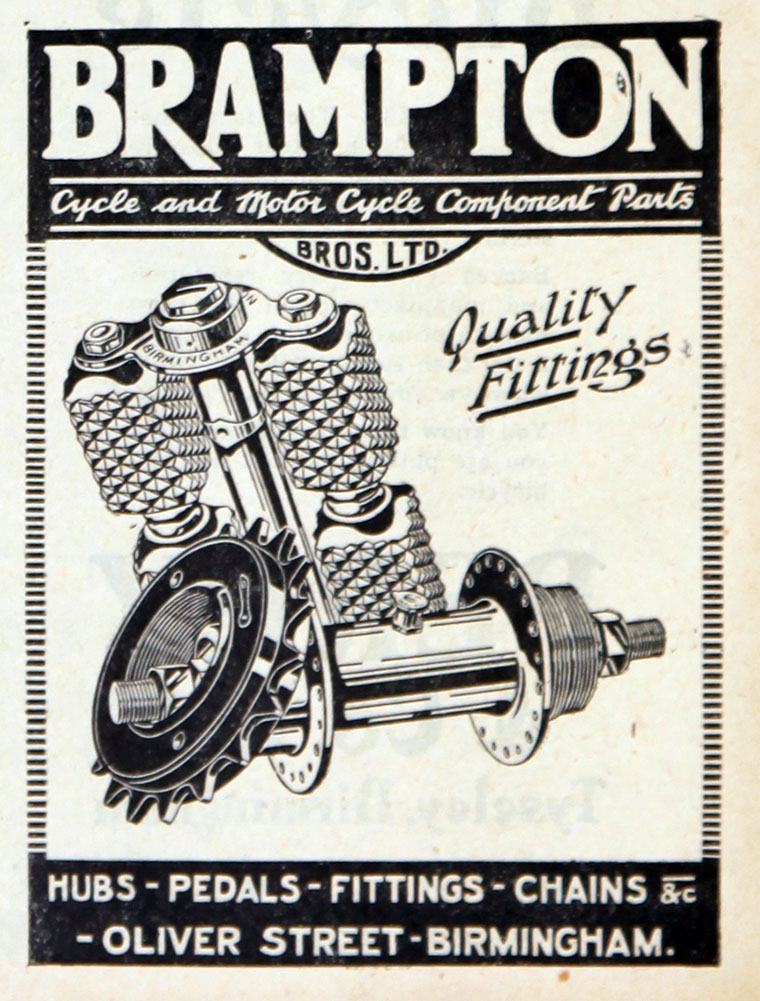 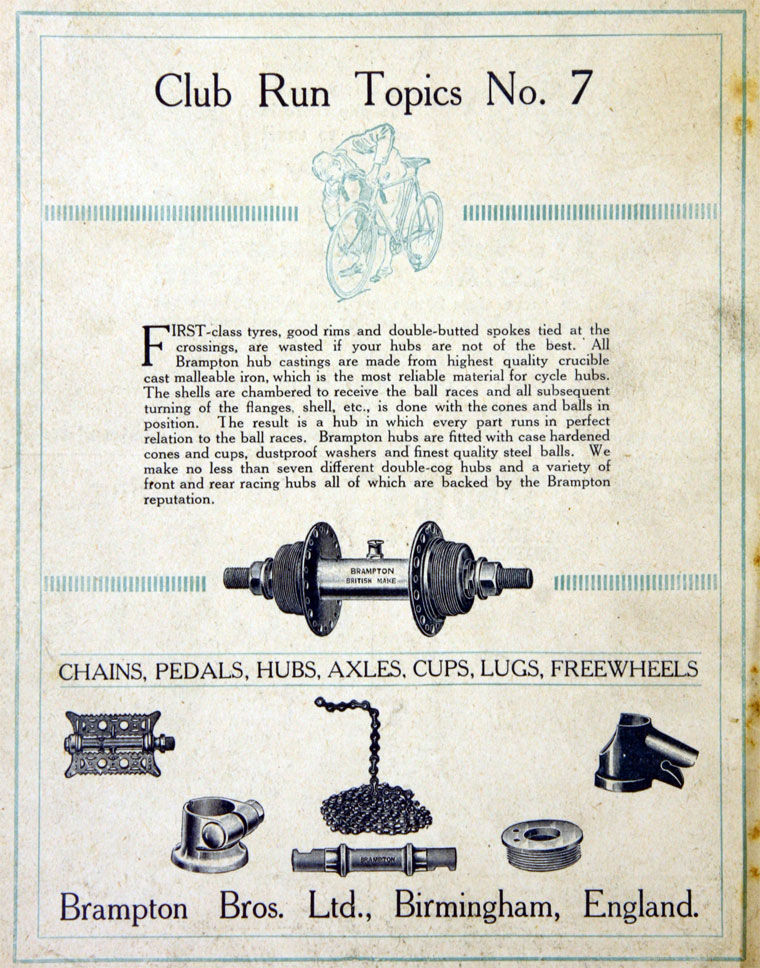 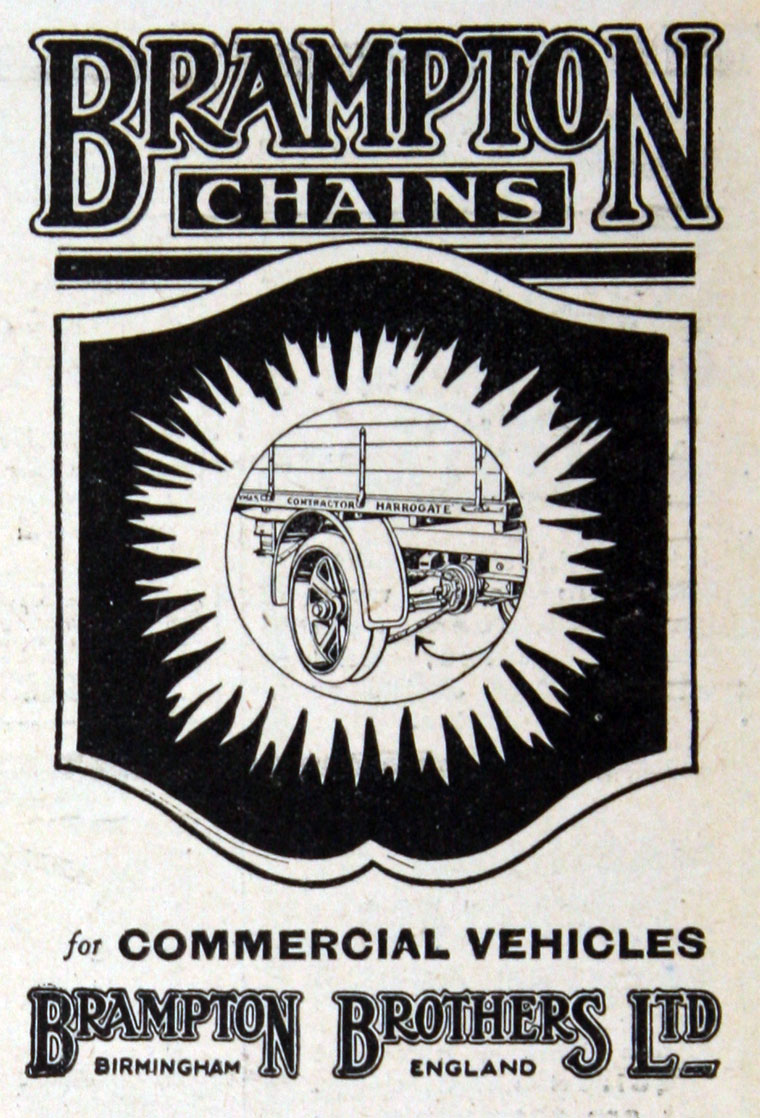 1897 Established as a public company. Directors are: Ebenezer Parkes, Charles Henry Brampton, Frederick William Brampton and George Illiston. Also mentions Walter Brampton and Arthur Brampton. Employed 1,000 people. The company made chains and fittings for cycles and spring forks for motor cycles, but were also involved in other products, including chains and parts for early automobiles. The company was registered on 11 May, to take over the business of cycle chain manufacturers of the firm of the same name. [3] [4] [5]

1899 Patented the integral bush/inner plate chain upon which so many cycle chains have been based.

1904 The Brampton Chain Company of Cookley began to manufacture wheels for heavy commercial vehicles on the Ironworks site.

1915 The Calais works became the subsidiary Brampton Brothers (Calais) Ltd., which in turn developed into the Societe Anonyme des Etablissements Brampton in 1921.

The Calais works manufactured shell parts during the First World War and later produced light and heavy driving chains. New Birmingham works were erected, at Witton, after the war.

1920 September. Exhibited at the Machine Tool and Engineering Exhibition at Olympia with power transmission chains. [10]

1925 The company was purchased by the Coventry Chain Co [11]