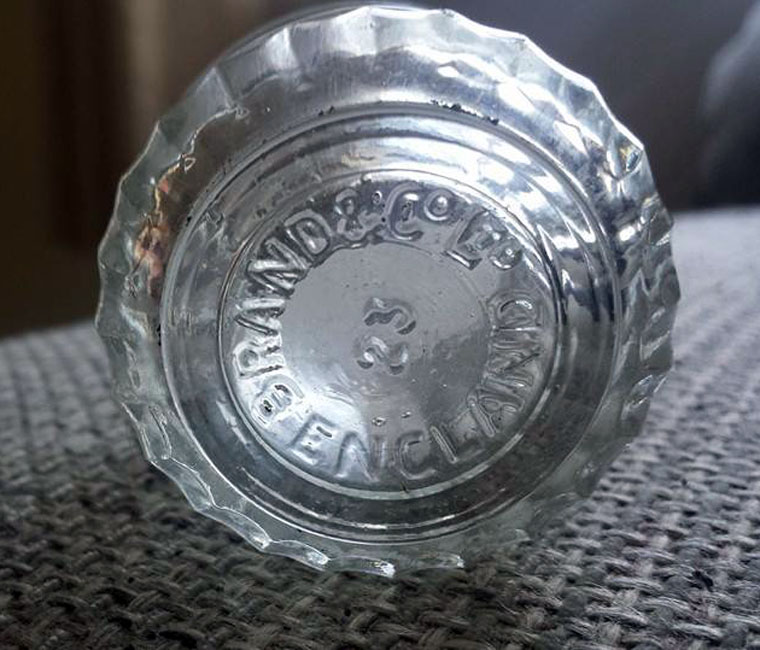 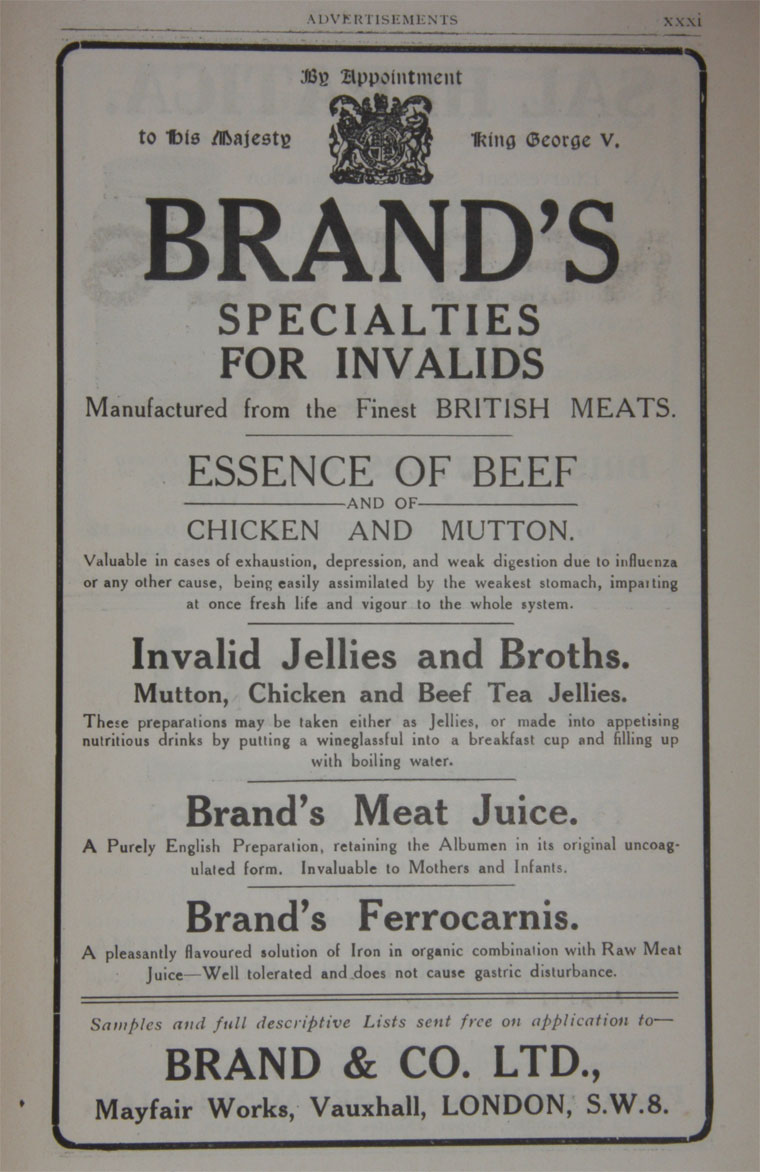 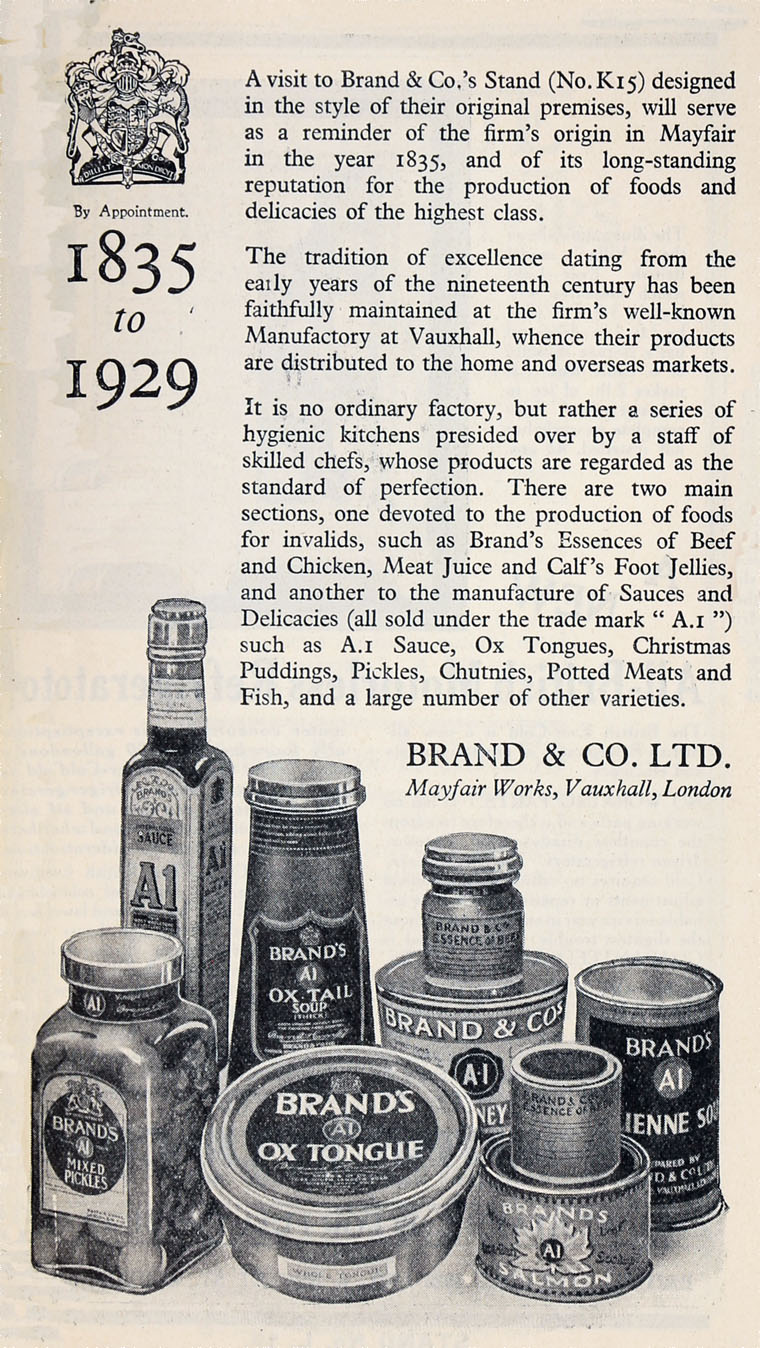 1954. From Good Housekeeping magazine of July. 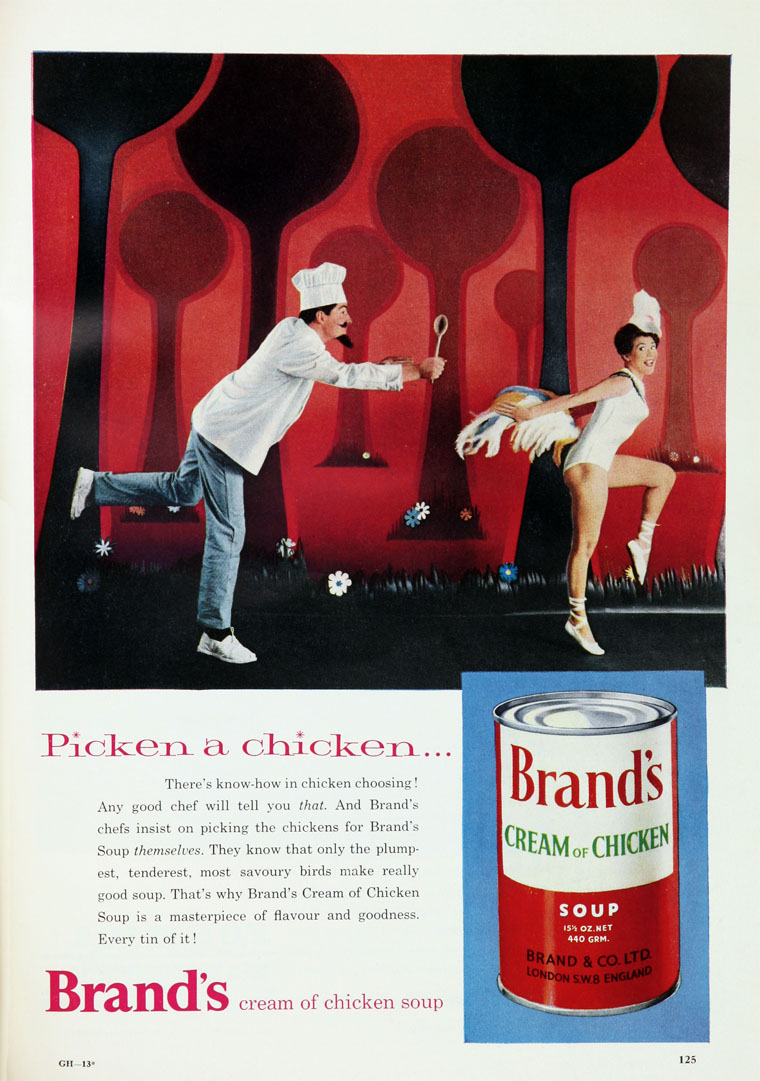 1835 Mr H. W. Brand, having retired from the royal kitchen, concocted Brand’s Essence of Chicken for commercial sale as a food for convalescents and for invalids.

1873 Mrs Brand passed the business to J. J. Mason who was joined in partnership by Mr Thomas Dence.

1897 Brand and Co Ltd was registered.

2003 100 million bottles of the Brand product in the Far East and Australasia.