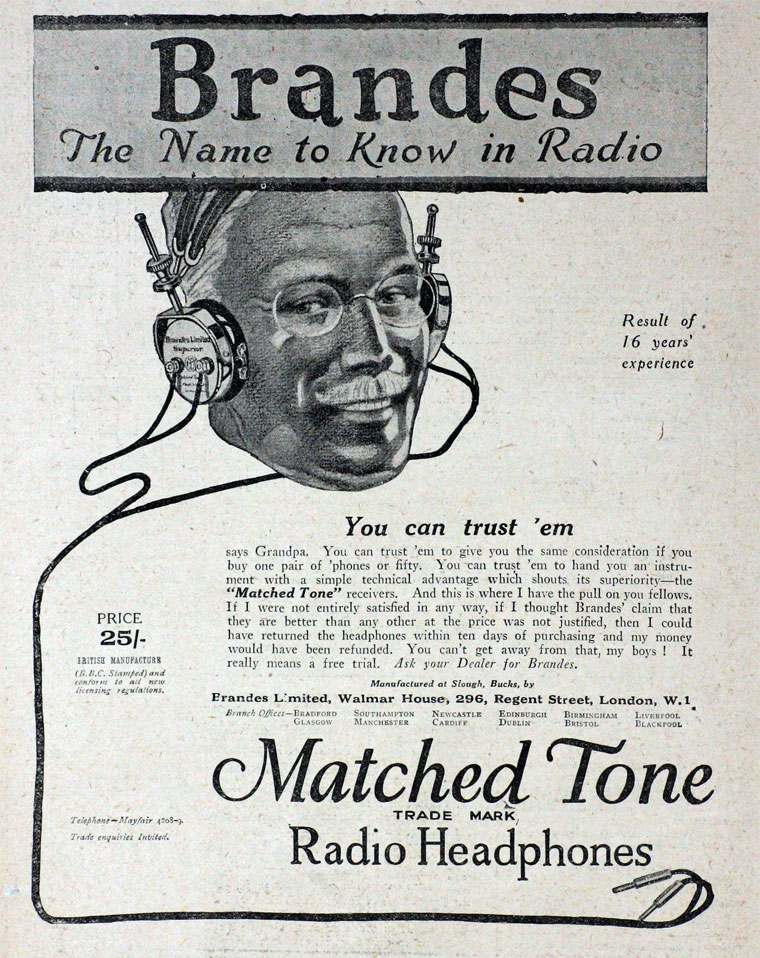 The company was a descendant of Brandes, a Canadian company founded in Toronto in 1908.

1924 The British subsidiary Brandes was established in Slough to manufacture headphones.

The company rapidly expanded producing a range of loudspeakers

1928 moved to a former silk mill at Foots Cray. The company was re-named Kolster-Brandes Ltd., after the parent company merged with the Kolster Radio Corporation.