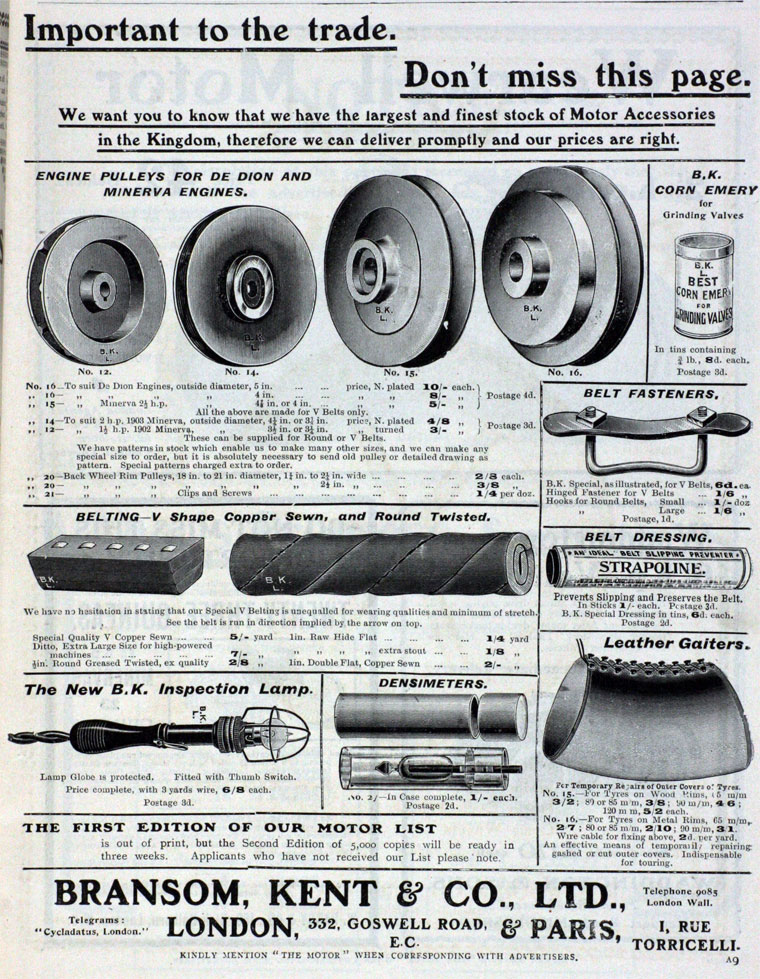 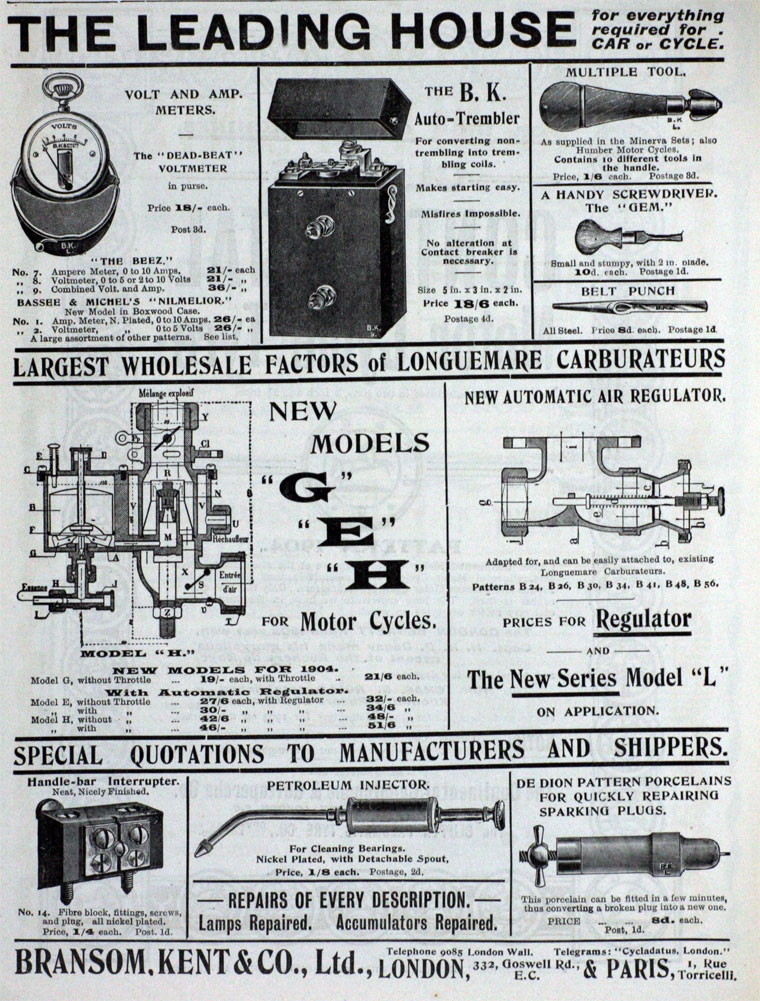 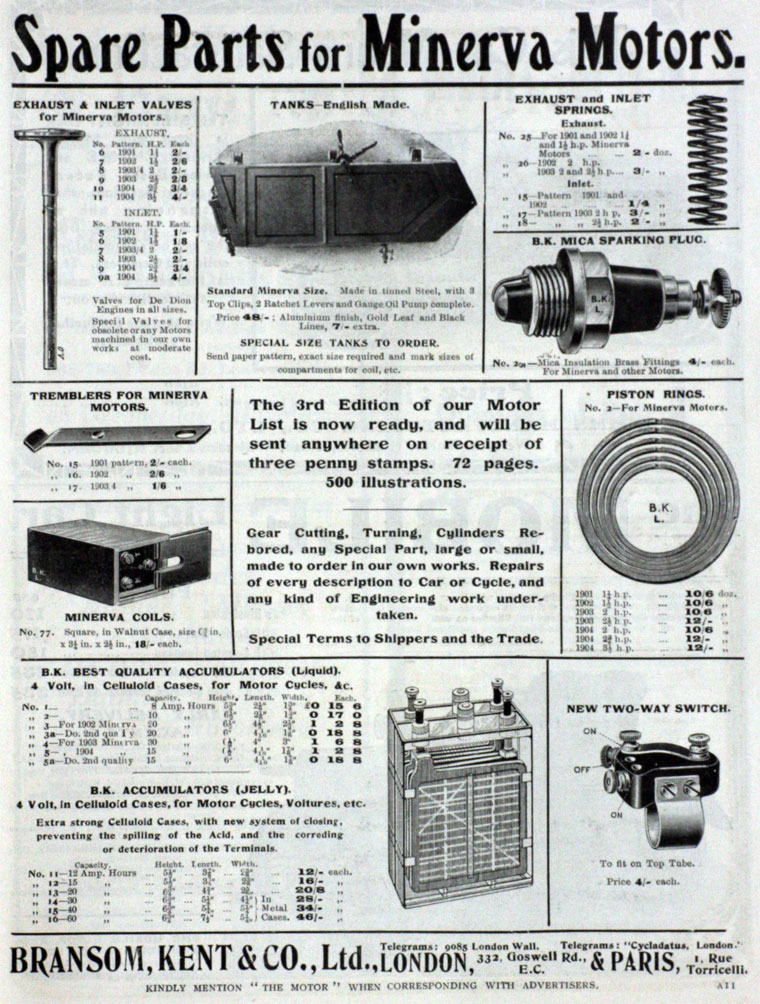 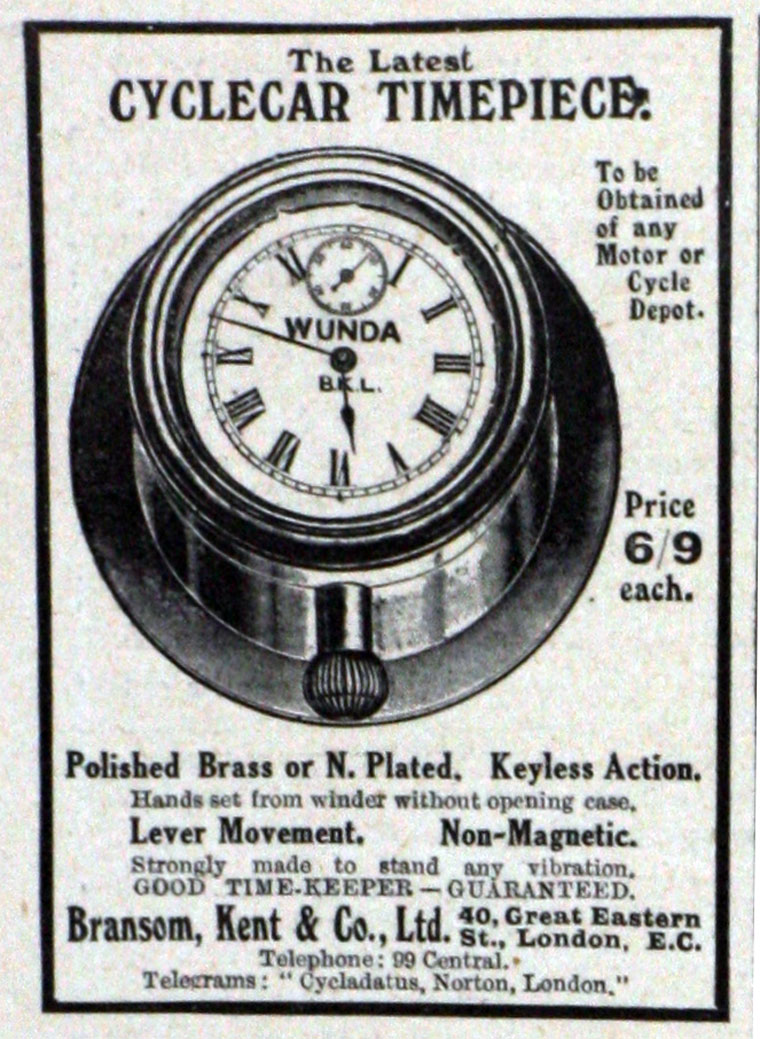 1896 The company was registered on 16 October, to take over the businesses of cycle fittings manufacturers of William Bransom and Co and the St Georges Cycle Co. [1]

1901 Royal George motorcycle produced between 1901 and 1902 by Bransom, Kent and Co of Goswell Road, London. The machine was an early primitive based on a standard gents' bicycle. It had its 1.25hp engine inclined and hung from the downtube. It also had direct drive and rigid cycle forks.

1904 The BK was very short-lived marque of motorcycle which derived its name of BK from the initials of Bransom, Kent and Co. The firm, of Goswell Road, London, had previously produced the Royal George. In 1904 they exhibited their own machine, with an upright 2.75hp Minerva engine, at Crystal Palace. Nothing further came of it.