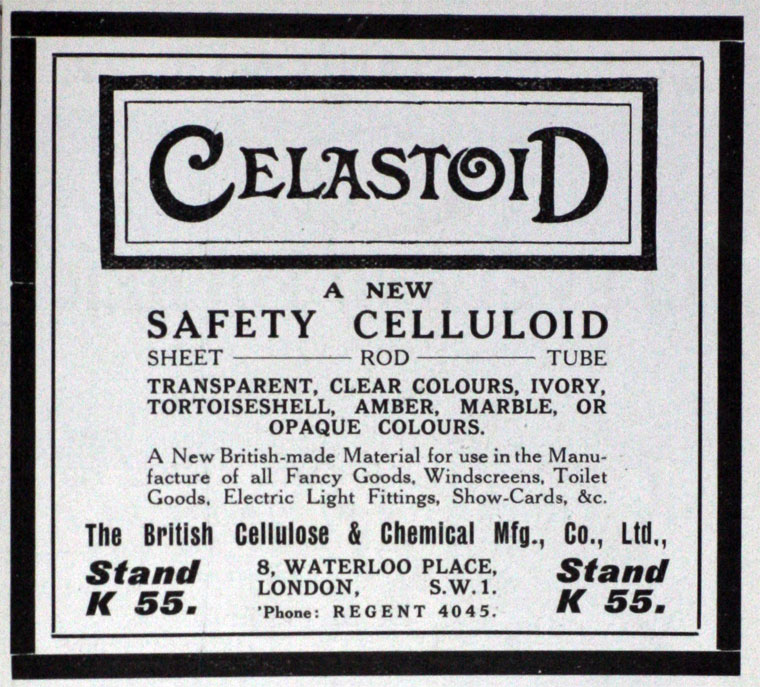 1912 ­Henri Dreyfus, who was then working for Hoffmann La Roche, asked the entrepreneur Alexander Clavel-Respinger for financial support and assistance in the production of fireproof celluloid out of cellulose acetate (which had been developed and patented by Charles Cross of the Viscose Development Co). On 28 December, Clavel, along with Henri and his brother Camille set up "Cellonit Gesellschaft Dreyfus and Co" in Basle.

1913 The company "Cellonit" was established, contributed greatly to the development of new film materials and found a sponsor in the Parisian film industrialist Pathé. The product line was diversified to include paints for German aircraft and Zeppelins.

1916 ­The British government invited the Dreyfus brothers to Britain to produce their new aircraft paint, along with the intermediate product acetic acid, which was being imported from Canada, due to World War I. The British Government patented the process developed by Henri Dreyfus, which lowered the costs of acetic acid anhydride production. British Cellulose and Chemical Manufacturing Co was set up. Henri Dreyfus managed the company with a workforce of 14,000.

1918 ­Under the guidance of Camille Dreyfus, The American Cellulose and Chemical Manufacturing Co (known as "Amcelle" for short), was founded in New York, and commenced building a production facility in Cumberland, Maryland.

1918 ­Financial problems beset the company when, at the end of the war, all its paint contracts were cancelled. The Dreyfus brothers concentrated on the production of acetate fibers.

1920 the enterprise was launched as a public company with the stated intention of making artificial silk by the cellulose acetate process.

1921 ­ Began commercial production of acetate yarn, taking advantage of a number of its new inventions, ranging from the technique used to spin thread to the treatment of dyed fibres, thus securing the company's survival. Marketed the yarn under the name of Celanese.

1923 The company changed its name to British Celanese Limited.