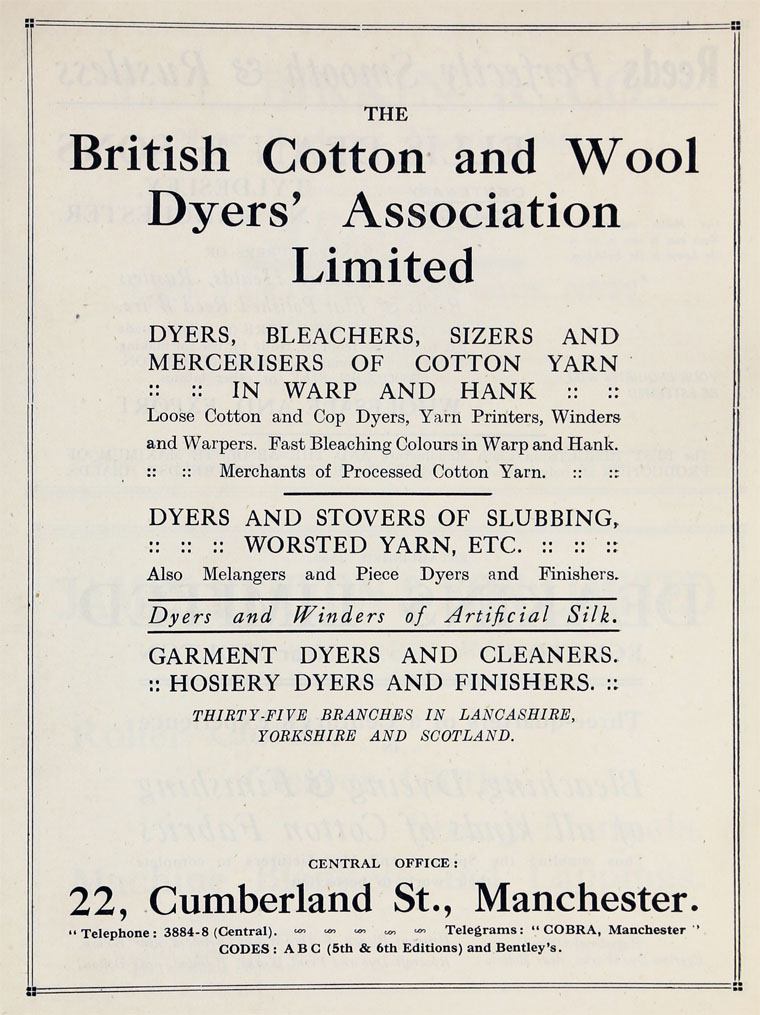 1900 The Association was formed as a limited public company for the purposes of acquiring 46 companies engaged in the trade, representing about 85 percent of the trade with 2 firms in the Bradford Dyers Association, with which an agreement had been established. The control of each branch would remain in the hands of those who had conducted it in the past, as far as possible[1]

1900 The company was registered on 12 February, to amalgamate numerous businesses of companies and firms engaged in dyeing, bleaching, printing and sizing cotton yarns. [2]

The company’s original business base was the commission dyeing of customers’ yarns and materials. By the 1970s it traded in a wide variety of dyed yarns, both natural and man-made, and its subsidiaries were involved in timber merchanting, engineering, kitchen furniture manufacture, and manufacture and retailing associated with the tweed and knitwear trade of the Scottish Borders. By 1983 the company was in receivership.