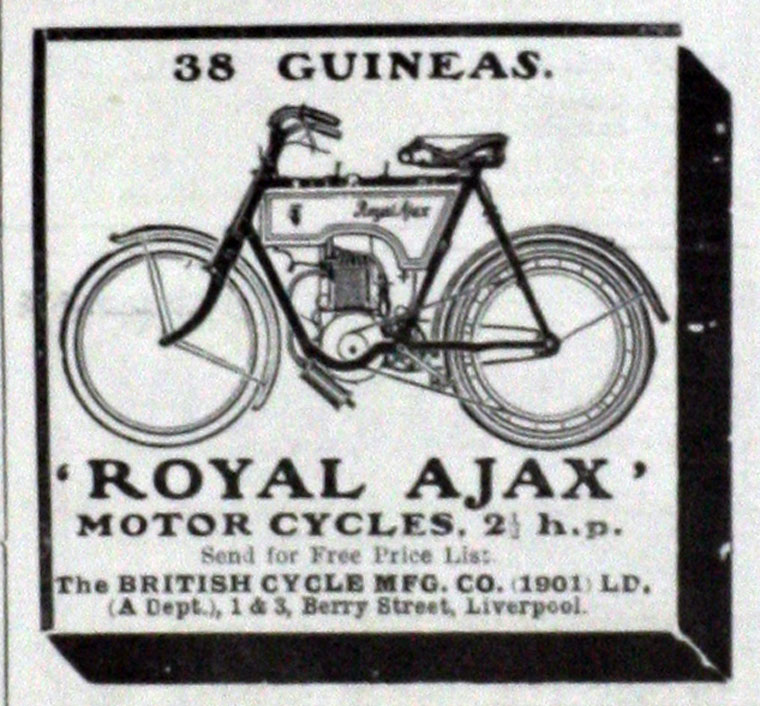 1914 Selling Silver Queen and Royal Ajax cycles. 'During our removal to Paradise Street from our old Berry Street premises'[3]