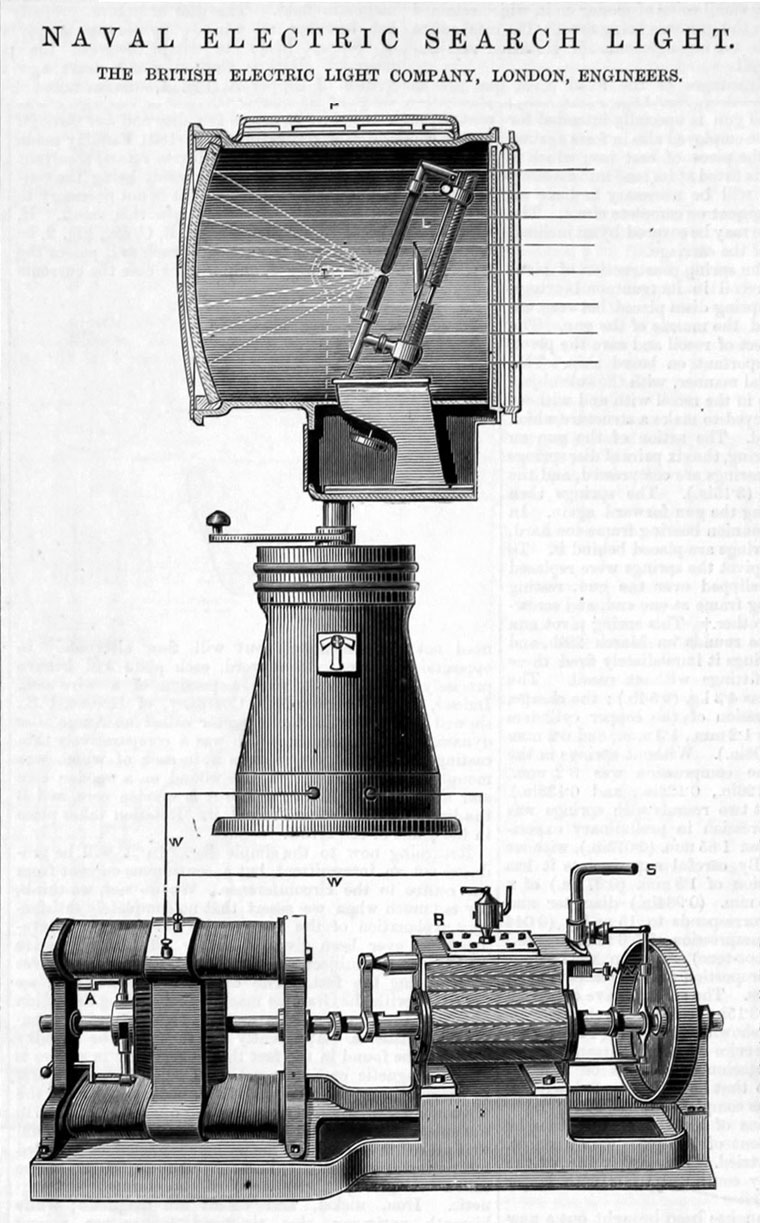 1879 The British Electric Light Co Ltd (Alderman Hubback, chairman) undertook experiments with electric light at the George's pier head, Liverpool. The Company erected a shed to accomodate the engine-generator; the generator was by Gramme; the motive power was supplied by one of Messrs. Cochrane and Co's multitubular boilers and vertical engines. A large lantern, in which there were two "burners" (sic), was placed on the floating bridge with spectacular results, making the gas lights appear dimmed. Radcliffe Ward was the company's electrical engineer[1].

1879 The Pacific Steam Navigation Co had begun to use electric light on board their steamers. The light was tried in the saloon of the new steamship Mendoza, en route from Liverpool to Glasgow. The equipment included a simple Gramme machine and service lamp, employed for the illumination of Messrs. Napier Brothers' "boiler-shop". The Pacific Company then entrusted the British Electric Light Company with the work of fitting two electric lights (Blandy's patent), supplied from one small Gramme machine in the saloon of the Mendoza. This ship was intended for service on the West Coast of South America. The success of the light on board the Mendoza was expected to lead to the adoption of similar lighting on board all the principal ocean steamships[2].

1881 Demonstrated the electric lamp of Mr St George Lane-Fox, which was patented and said to predate the patents of Edison and Maxim, which it resembled[3]

1882 Made 8 search lights for the Admiralty