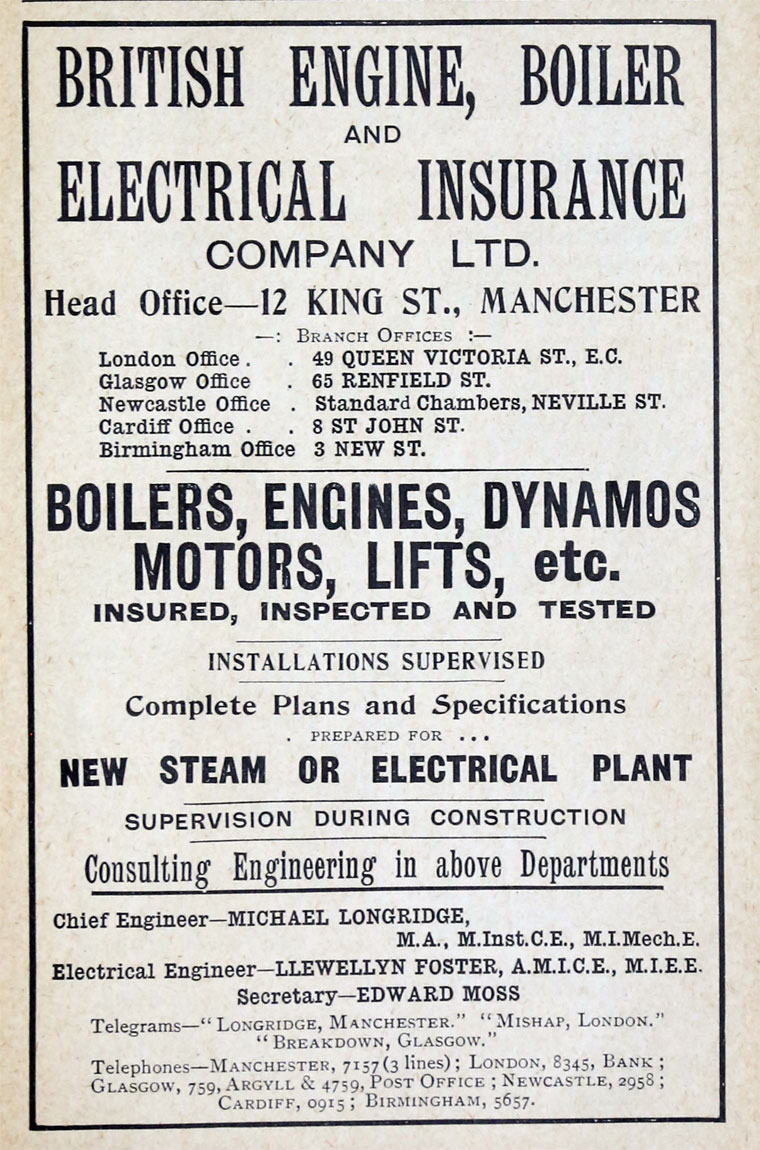 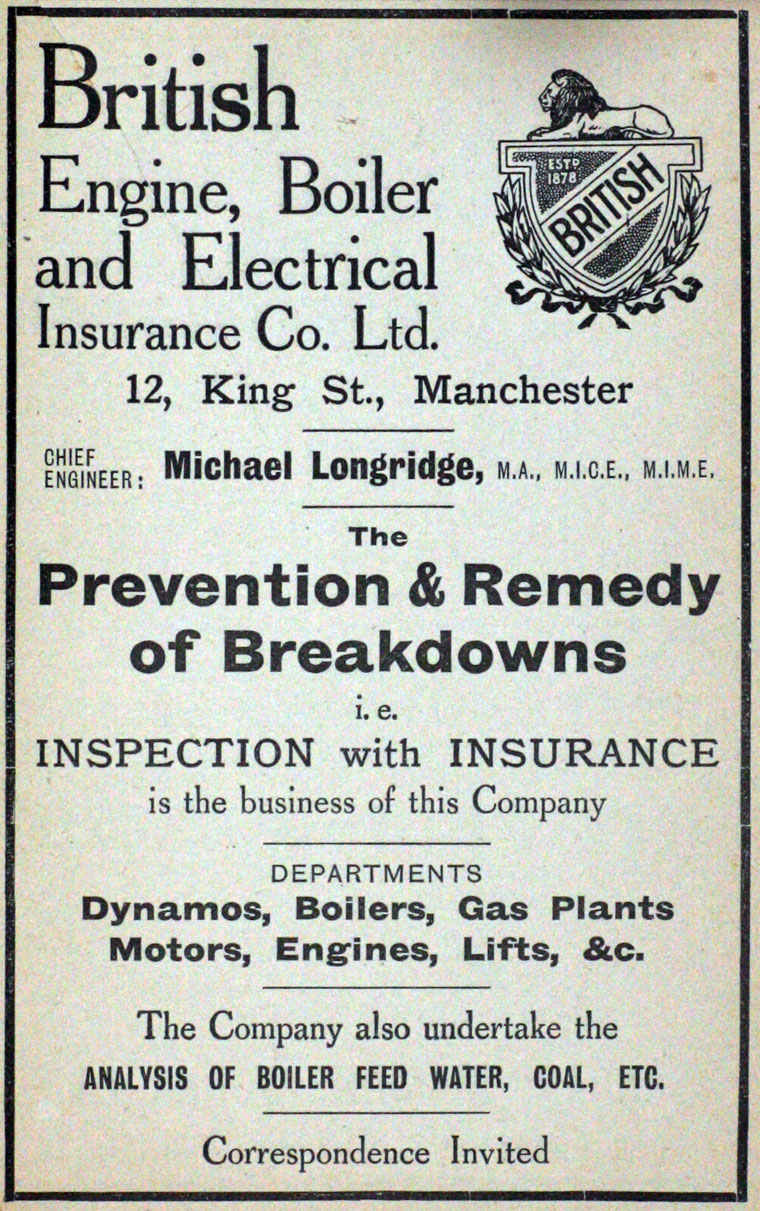 1878 Robert Bewick Longridge, seeing the need for steam users to have their plant regularly inspected and insured, promoted the Engine and Boiler Insurance Company[1], a Limited Company.

1959 Celebration of the centenary of the company

The directors of the British Engine, Boiler and Electrical Insurance Co. Ltd. have appointed Mr. Harry M. Longridge, B.A. (Cantab.) to be manager of the company. The new manager has been in the service of the company for ten and a half years, and during that period has become thoroughly conversant with the business in all its numerous phases.

Mr. H. M. Longridge a scion of a family whose name is well known in the engineering insurance world. His grandfather, Mr. R. B. Longridge, who recently died at the advanced age of 93, was the pioneer of boiler inspection and insurance. It was so far back as 1855 that Mr. R. B. Longridge became connected with the original association for the prevention of steam boiler explosion, of which he was appointed chief inspector. Then, in 1859, he became chief engineer the first company formed for insuring against explosions (the Steam Boiler Insurance Company).

In 1878, perceiving the necessity for granting facilities to steam users to have their plant regularly inspected and insured against loss consequence of breakdowns, he promoted the Engine and Boiler Insurance Company, and this company, which now exists under the altered title of British Engine, Boiler and Electrical Insurance Company, extended its operations to all kinds of power plant, including gas and oil engines, electrical appliances and lifts. Mr. H. M. Longridge is a son of Mr. R. Charles Longridge, the present managing director of the company, and a nephew of Mr. Michael Longridge, the chief engineer. Both these gentlemen will now enjoy well-earned leisure through their partial relinquishment of active work and the assumption responsibility by the new manager, but the company will still enjoy the benefit of their matured skill and knowledge.