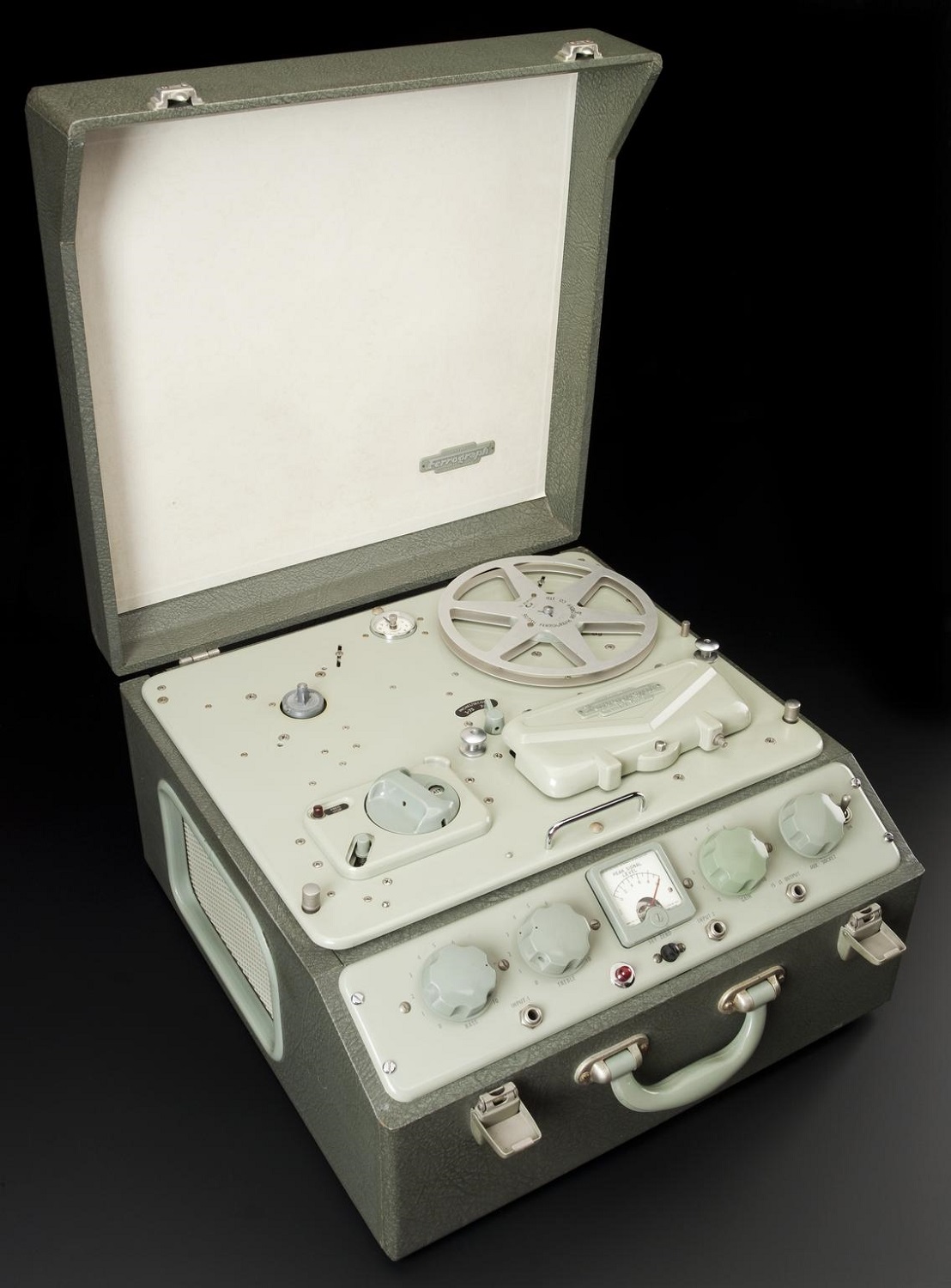 1947 Richard Merrick of Wright and Weaire met Louis Fishoff, who had recognised the importance of tape recording and persuaded Merrick to investigate the possibility of producing a recorder. Another of the company's owners, Ernest Niblett, had been interested in this technology for some time, so the company soon constructed a recorder, the Wearite Tape Deck.

Louis Fishoff's insistence was such that Richard Merrick passed his thoughts onto Ernest Niblett, who confessed that he had been interested in this technology for some time, so the decision was made then and there to pursue the matter immediately. The result, the Wearite Tape Deck. A factory was established at South Shields; a team of six technical engineers was engaged and, by the middle of 1948, the first Ferrograph recorder was produced

1949 A separate private company for marketing tape recorders was established, the British Ferrograph Recorder Co Ltd, owned by the same shareholders as Wright and Weaire[1].

1950 Patent - Improvements in and relating to recording apparatus.

1955 Wright and Weaire was converted into a public company and acquired the share capital of Ferrograph[2].

Production of the Ferrograph range continued unabated until the late 1960's.

1959 Ferrograph was absorbed by the Wilmot Breeden Group [4]; it was decided to add to their hi-fi range with higher powered amplifiers, radio tuners and monitor loudspeakers.

1977 Falling sales resulted in heavy financial losses for the company. In order to safeguard jobs the National Enterprise Board arranged a marriage between Ferrograph and North East Audio Ltd (NEAL). Wilmot Breeden sold the Ferrograph company for £500k.

NEAL took on the production of the whole product range except for the ARA1 cathode ray tube response unit.

1981 The company passed into the hands of the Receiver.

NEAL is now part of the Canford Group[5]