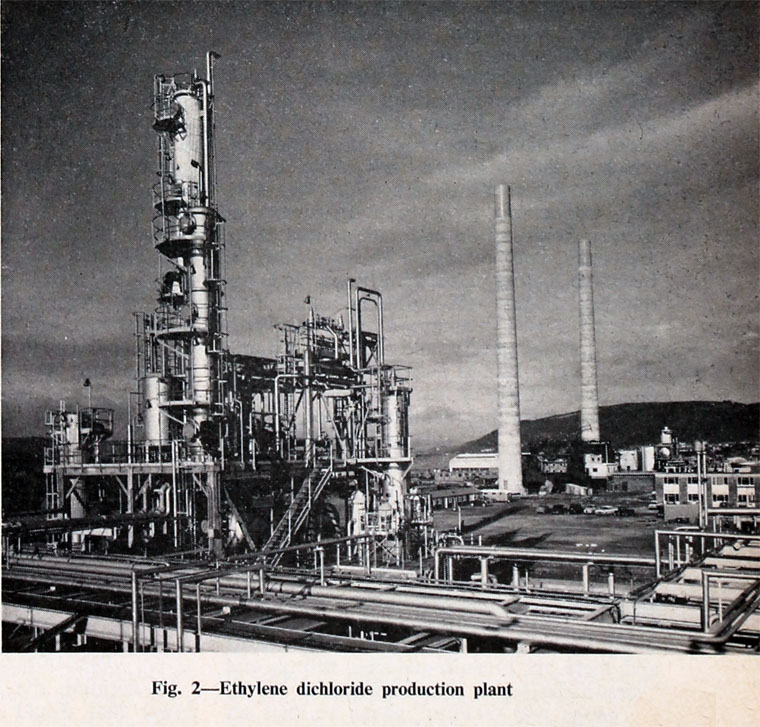 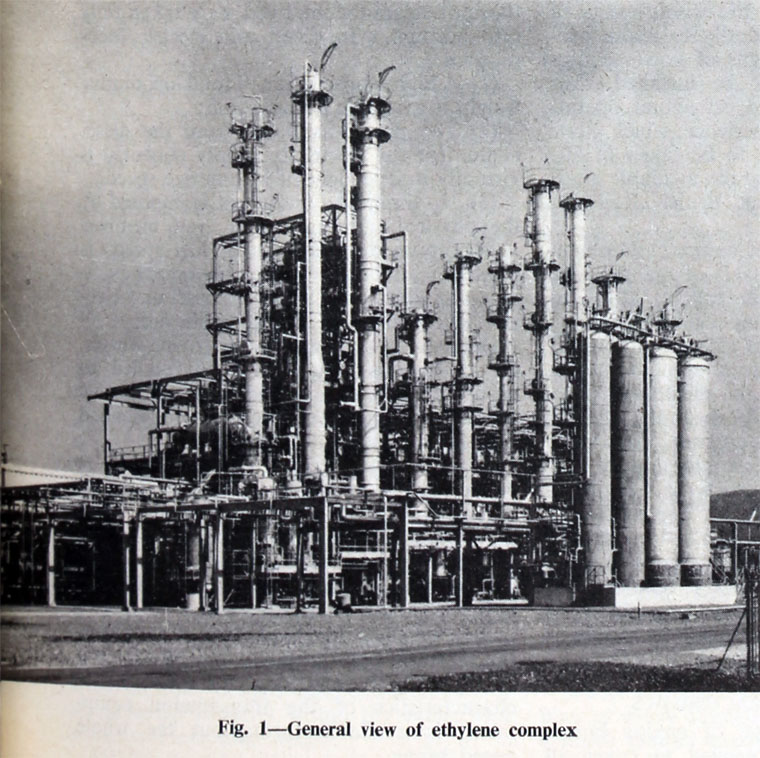 1950 Distillers Co established a joint venture with Anglo Iranian Oil was called British Petroleum Chemicals Ltd which was constructing a new project at Grangemouth that would produce synthetic ethanol which would alleviate Distiller's supply problems with molasses. Grangemouth would also be the location for a new plant to make styrene monomer by a new company, Forth Chemicals Ltd, which was owned two-thirds by Anglo Iranian Oil and one third by Monsanto Chemicals Ltd - this was part of a plan to make derivatives from the petrochemicals made by the main plant at Grangemouth[1].

1956 British Petroleum Chemicals Ltd was renamed British Hydrocarbon Chemicals to avoid confusion with the name of the partner in the venture, BP. It had 2 subsidiaries - Forth Chemicals and Grange Chemicals, the latter being one third owned by the Oronite Co of California. Expansion at Grangemouth was progressing well; new butadiene plant was nearly complete[2].

1956 Low density polyethylene plant to be built at Grangemouth[3].

1960 A new petrochemical plant would be built at Llandarcy, taking feedstock from BP's nearby refinery[4].

1963 Border Chemicals formed to manufacture acrylontrile at Grangemouth from ammonia made by ICI and propylene made by British Hydrocarbon Chemicals Ltd[8].